Friday 3/1/2014 - Artist's Colonies, Peacocks, Pink Champagne (but we can't call it that if it was produced outside of the Champagne wine region of France), and This Week's Watches. 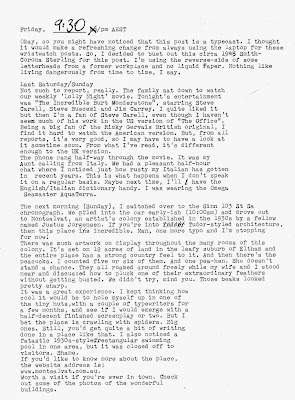 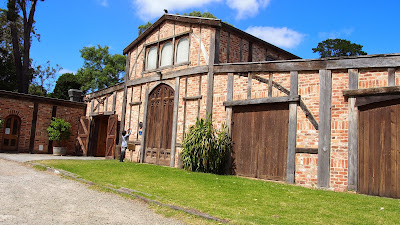 My daughter taking a photo of a plaque near the entrance. While a raven looks down ominously. 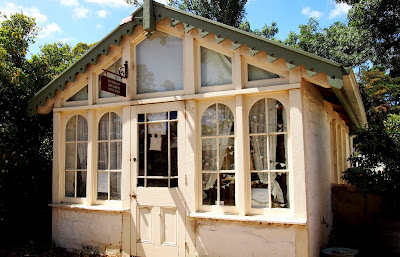 One of the cottages used by an artist-in-residence. Yep, I could get a lot of writing done in a place like that. Could hang out a shingle too.

Must take 'em hours in the morning to arrange those feathers in their scalps. 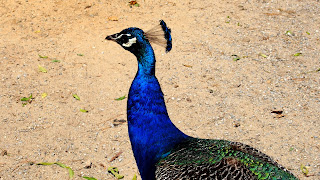 My family was outnumbered by the peacocks. This guy was the clear winner with the long feather-train. Dem ladeez don't stand a chance. 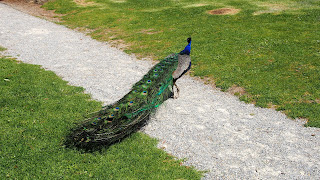 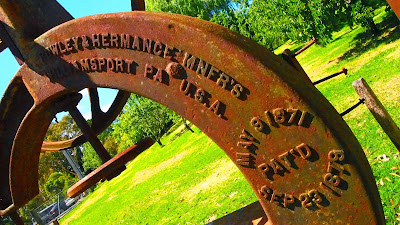 One area was a grave-yard for old machinery. I don't know what it used to be for, but it looked well-worn and noble. Perfect for a watch shot. 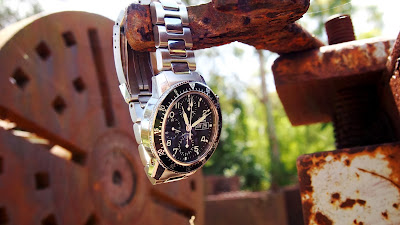 A picture of the chapel, which is available for wedding hire. It looked great inside. Naturally, my kids made a bee-line for the organ and played some excrutiating 'music'. 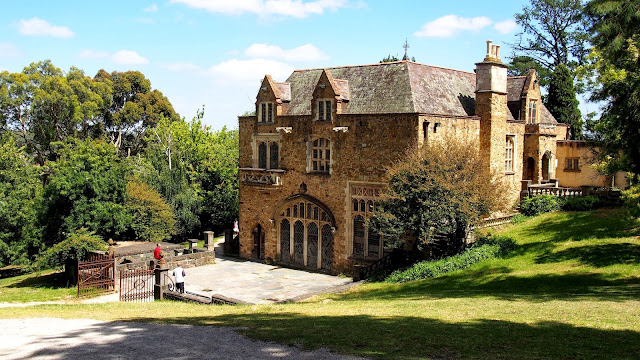 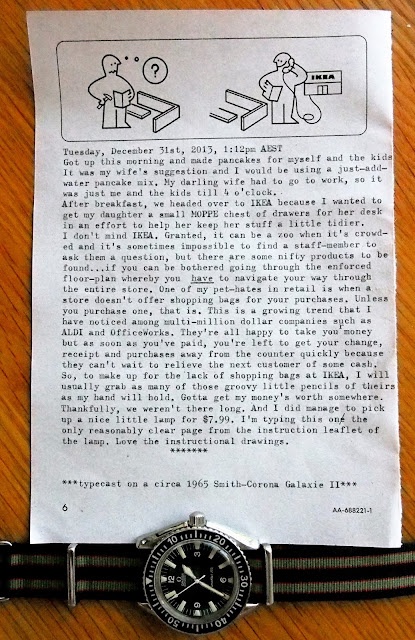 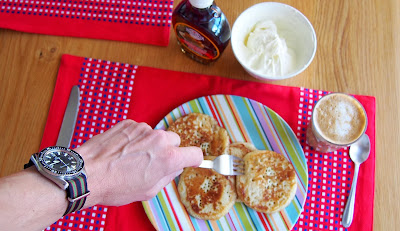 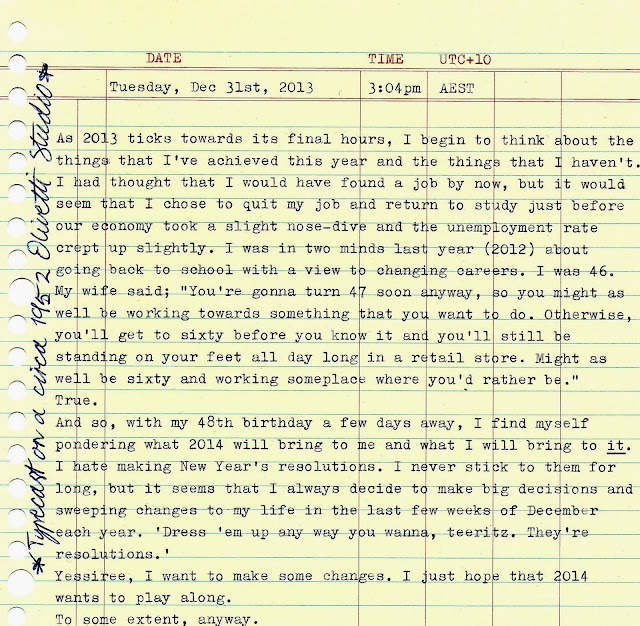 Okay, enough musing. Time to get ready for a New Year. I had to switch wristwatch. Over to the Omega Seamaster AquaTerra;

We had a quiet one. I started on the bottle of sparkling wine, because if it doesn't come from the Champagne region in France, then it can't be called champagne. Fair enough. The kids stayed up for it this year. We counted down the last ten seconds of 2013 as cheers came from neighbouring houses and fireworks were heard in the distance.
See ya, 2013. You won't be missed too much.
Hello 2014, let's go easy on each other, shall we?

Tuesday afternoon, circa 4:00pm
Over on a wristwatch forum that I frequent, there's one member who sent me a 1960s Garland ballpoint pen. He commented earlier that he hadn't seen any pictures of my watch with "a cool '60s era pen".
And so; 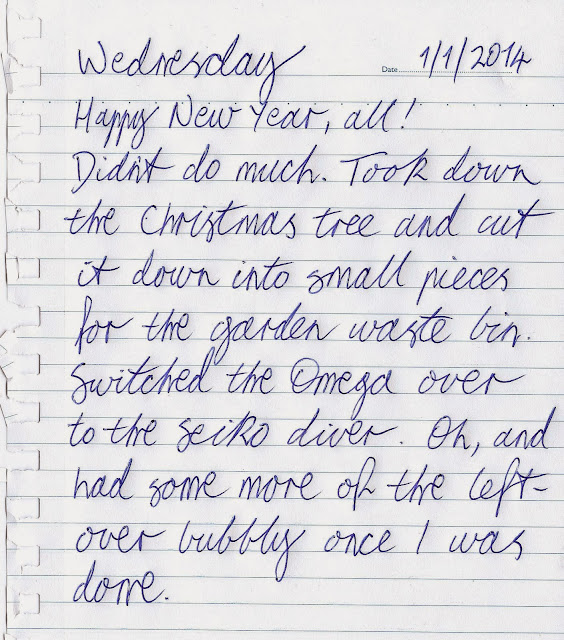 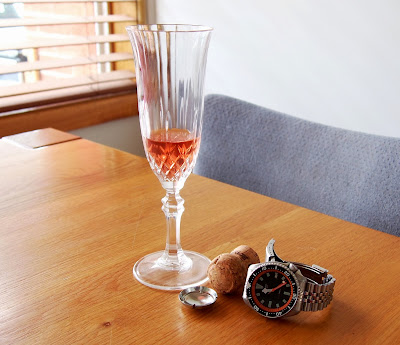 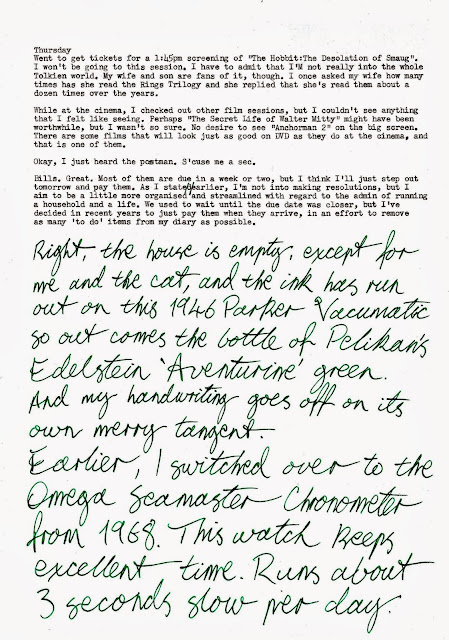 Sorry, all. It's an old photo.

Today
Went and paid those bills that arrived yesterday. Managed to tidy up my desk. Found the list of subjects that I have yet to complete for the library course that I'm doing. Have to go and re-enrol later this month.
And that's it for this week. Switched back to the AquaTerra. Again, it's another old photo. 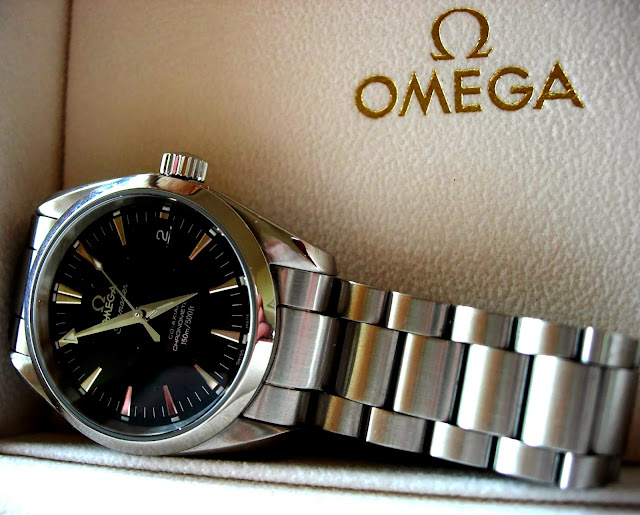 Anyway, have a great weekend, all, and I hope 2014 has gotten off to a nice start for you.
Cheers and thanks for reading!