My Kids in The Digital Age - And Why It Bothers & Scares Me.

The drink was water, Bickford's Lime Juice Cordial, and a dash of Angostura Bitters. Some ice (those pistol ones from my last post) and a slice of lemon. Of course, a Sixties-style highball glass adds to the atmosphere. 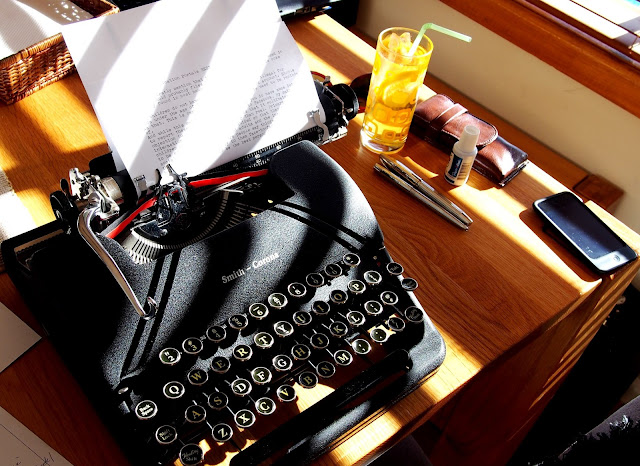 And below is what I wrote in response. There's a lot more I could say, but I was trying to be brief, although I think I strayed a little from the question asked. But what the hell, it's not an exam! 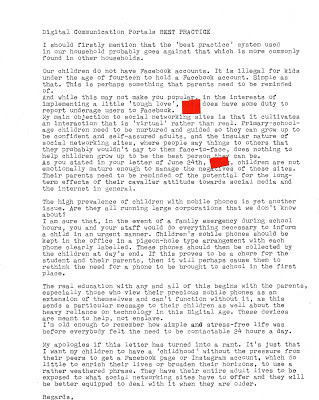 I scribbled my initials at the end of it to sound like a big-shot with more important things to do...like this morning's breakfast dishes. Ahh, lemon-fresh, squeaky clean.
﻿ 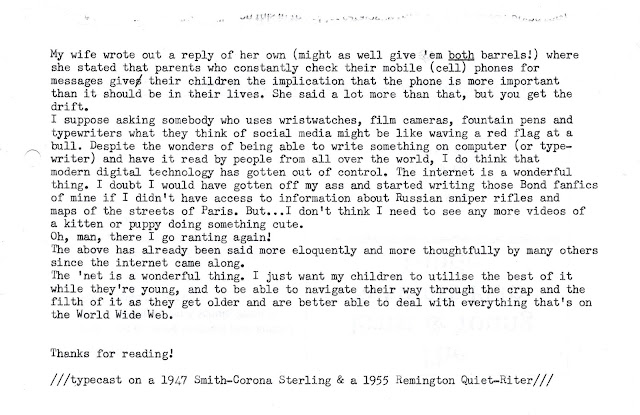 Intoxication - How I Used To Do It. EDIT- And a Happy Typewriter Day to You All!

I got the idea for this post after reading Not Again's post last week about him wondering what drives people to drink too much in social situations; 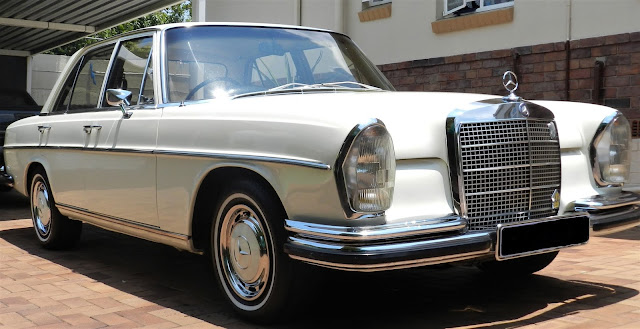 I can't recall where I got this picture, but it's exactly like the car I had, even down to the thin white-wall tyres. I'm getting teary just looking at it.
Built like a tank, drove like a dream. To the owner of the photo, if you ever see this here and want me to take it down, please get in touch. 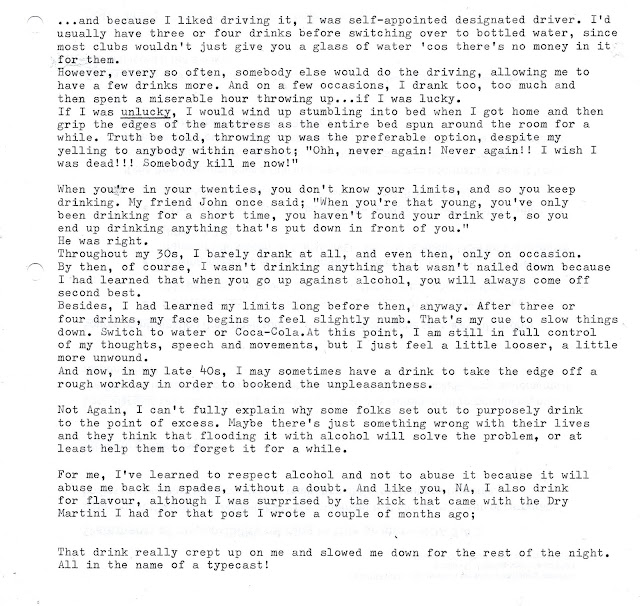 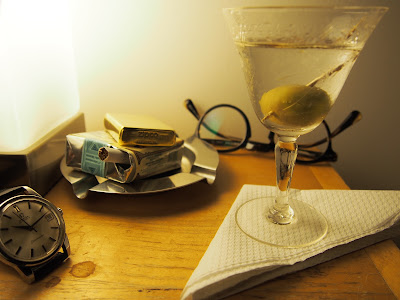 That Martini recipe was basically two straight shots of gin. As I sit here contemplating a follow-up article about Bond's Vesper Martini, I dread the fact that 007's recipe calls for "three measures of Gordon's, one of vodka".
As you pointed out in your post, NA, Bond spends the first few chapters of "On Her Majesty's Secret Service" (1963) putting away a lot of booze. But Bond worked hard, lived hard, and played hard. According to his medical report in "Thunderball" (1961), he was consuming up to half a bottle of spirits of 60-70 proof per day. Where did he find the time?
They bred them tough in merry old England back then.

And then, I remembered something apt from a Cary Grant/Katherine Hepburn movie called "Holiday". I learned long ago that there's a line in a movie or a song that you can apply to anything in the universe in order to help you understand something. 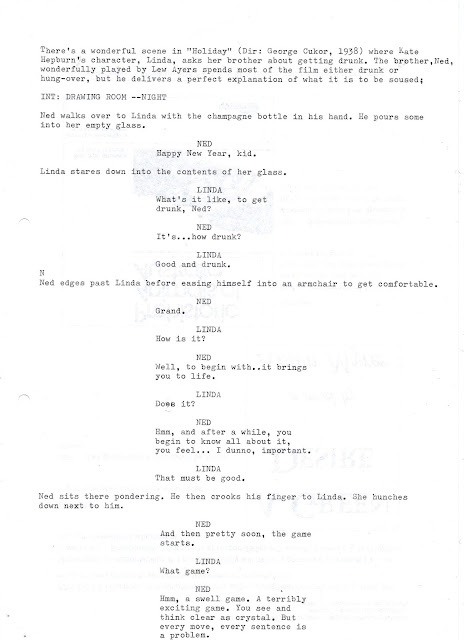 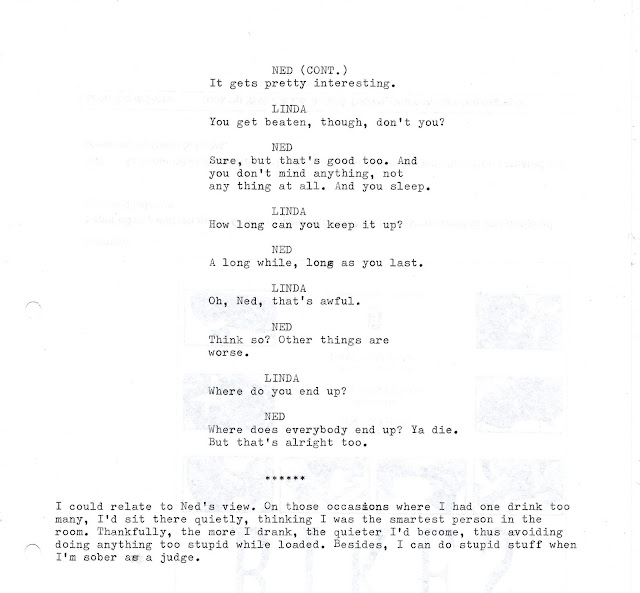 It's a rather weathered phrase, but moderation is the key. Lucky for me, I get the ol' numb face as an early warning system.
Anyway, that's how I learned to drink. Or not.
Thanks for reading!
Oh yeah, Happy Typewriter Day, everybody. Have a drink to celebrate. Just one. 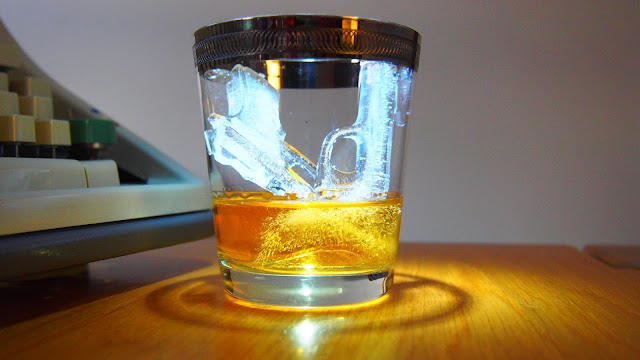 Forty-five mil of Ballantines Scotch Whisky (should'a had thirty) and a couple of pistol-shaped ice cubes. Olympia SM9 to the left.

And I got my desk reasonably tidy yesterday, too. We'll see how long that lasts. 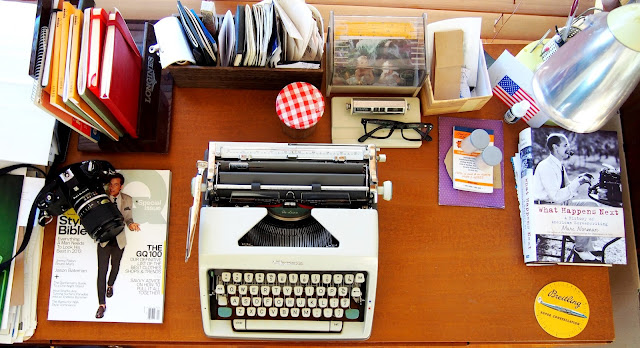 Thanks again for reading!

Email ThisBlogThis!Share to TwitterShare to FacebookShare to Pinterest
Labels: Food and Drink

"Whenever you have an idea for a script, Teeritz..." (Warning-some coarse language) 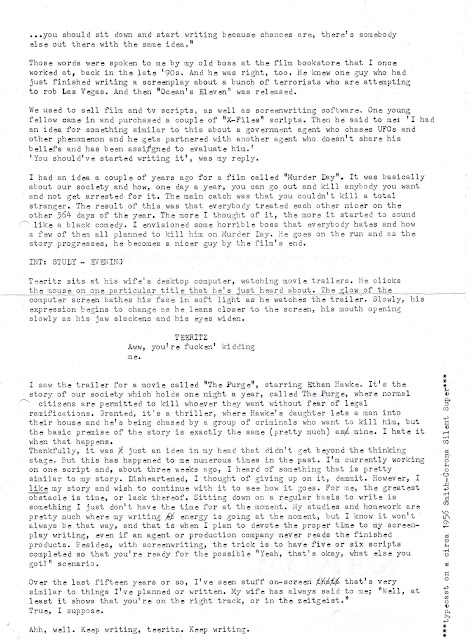