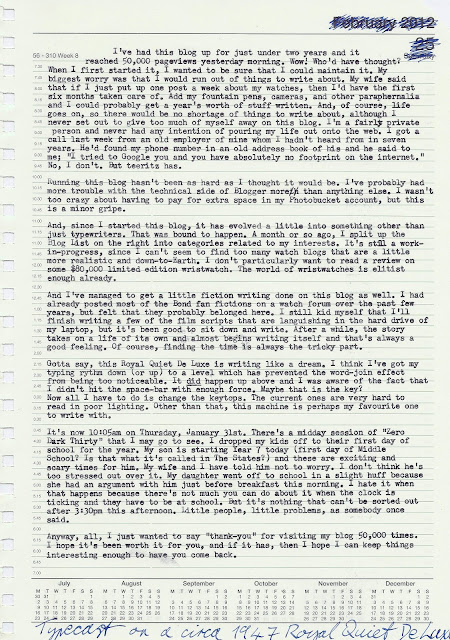 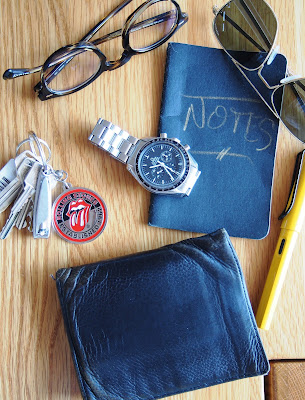 Thank you all, once again, for visiting this blog!
Have a great day!
Posted by teeritz at 16:18 9 comments:

A (too) Cool Evening at the Beach 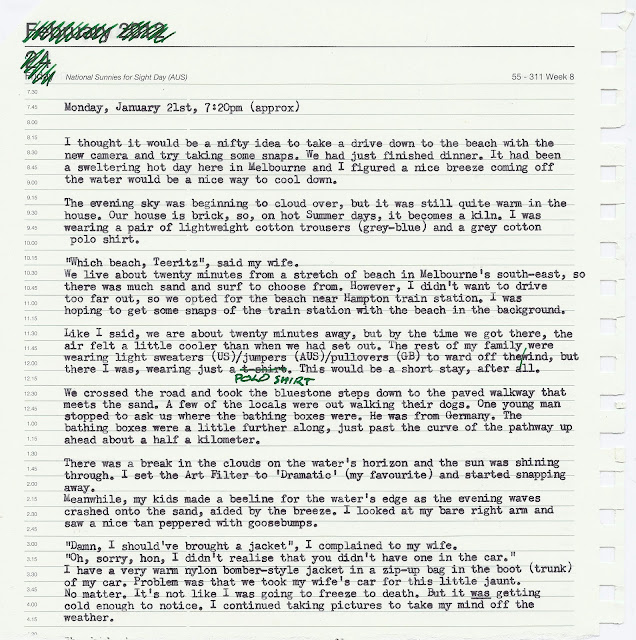 We parked the car near the Brighton Beach Lawns Bowls Club. The sky was already looking dark. Of course, this Dramatic effect filter made it look more ominous than it really was. 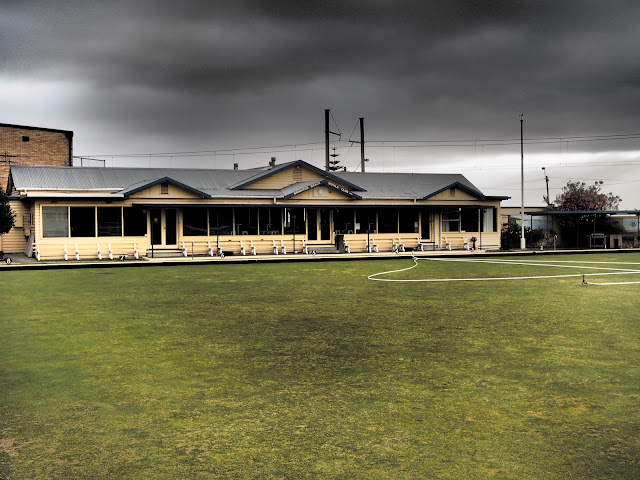 My son was first to hit the beach...again. Thongs (flip-flops) in hand. 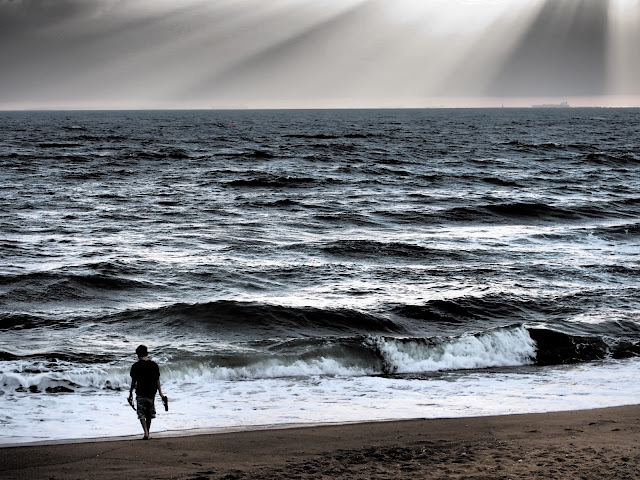 My wife soon caught up with him. Brilliant sky. 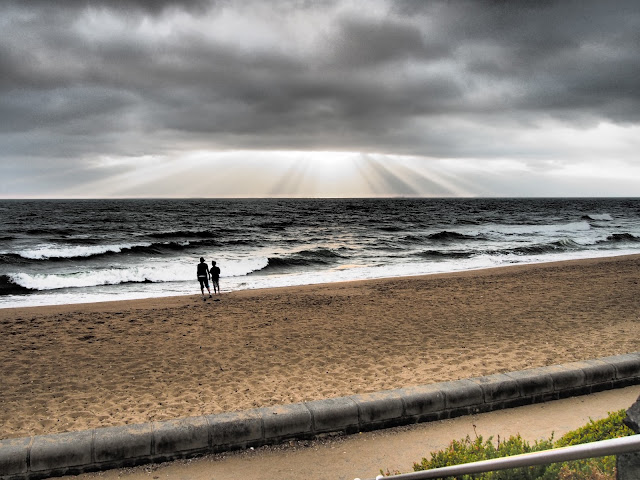 There are the container ships. Must've been awesome to be on board looking out at this grey ocean. 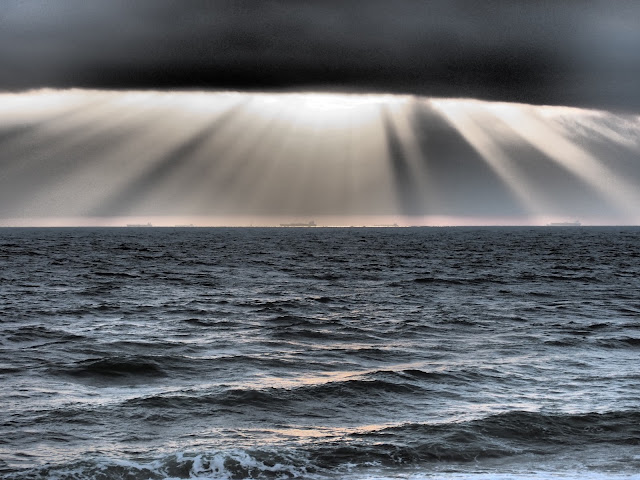 The kids showed more sense than I. They were properly dressed for the occasion. 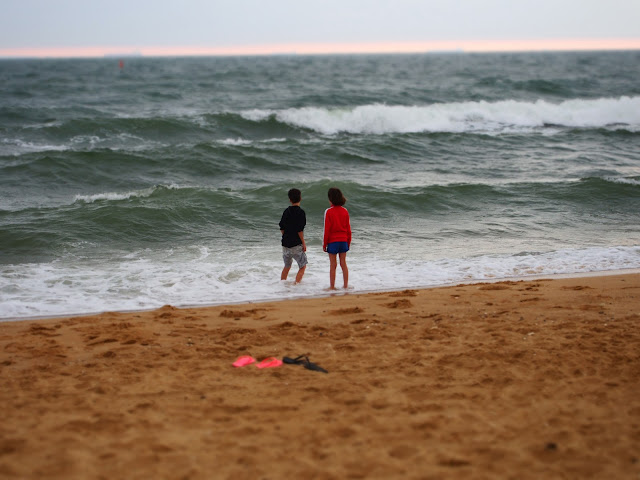 About the best shot I could get at the train station with the beach behind it. There's the old signal box that I don't think is used any longer. I wonder if I could rent it as an office? You'd get a lot of writing done in there, with a nice view of the water, too. It's prime real estate, though. Probably cost a fortune. I'm surprised it hasn't been turned into a Starbucks.
I remember seeing these boxes when I was a kid. There was the station near my house and some nights, if I was walking by, I'd look inside and see a railway worker with his feet up on his desk, a small black & white portable tv on a shelf, a cup of steaming tea or coffee next to him. It all looked very cosy indeed. 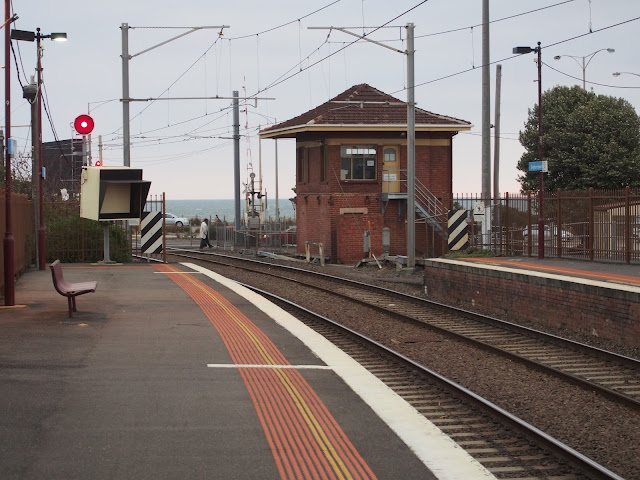 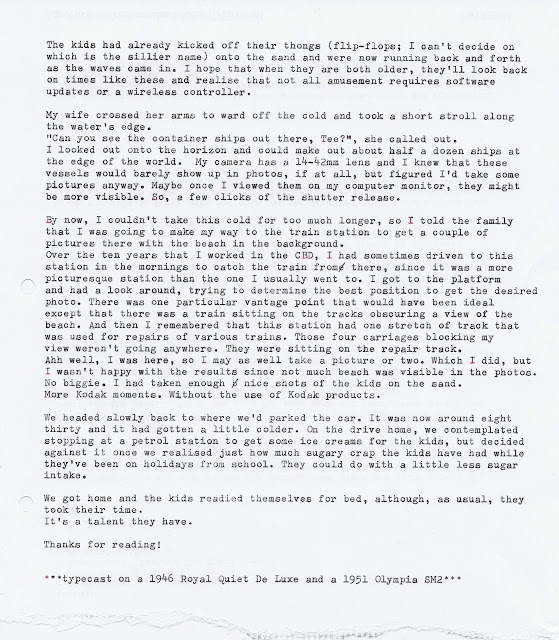 Got a New Camera- Olympus E-PL5

The Fujifilm X-100 is a beautiful looking camera. I Leica it a lot;

...and I would have gone for it, but I wanted a little more versatility where lenses were concerned. Still, it would make a wonderful back-up or spare camera. Maybe one day.

...was another contender, but the reported "white orb" issues scared me off. Although, there are rumours of a new version which should address this problem. Still, a nice camera.

This Nikon P7700 was another possibility, but I found the design looking a little more like modern cameras. Nice camera, though.

In the end, after much reading up, I settled on the Olympus E-PL5 (compact system camera).

I opted for the predominantly silver bodied version because my current stable of cameras is a little top-heavy with black. This model doesn't have a built-in flash, but instead comes bundled with a flash that can be slid onto the hot-shoe mount on top. This mount will also accept an electronic viewfinder. If I have one small regret about this camera, it is the lack of a viewfinder. Holding a camera up to your eye is the true way to take a photo, as far as I'm concerned.
And the design of this camera reminded me of the Trip 35 film camera from Olympus' past;

The Olympus OM-D EM-5 was another one I looked at, but the price was higher than I was looking to spend. But this camera absolutely screams '1970s OM Series'. This too was a Micro 4/3rds system camera.

But I suppose enough talk for now. Here are some pictures. Actually, here are a LOT of pictures.
The E-PL5 takes a nice standard photo of some punk tearing down my street on his trail-bike;

And here's a shot out of the window of the most poorly lit room in the house;

But it's when you start playing around with the Art Filters that you start getting interesting results. Here is the 'Dramatic' filter, picture taken on a sunny afternoon;

This setting can even make a pair of glasses look sinister;

The 'Diorama' setting is pretty nifty;

Makes my local train station look like a model. Wish there was a train arriving;

The usual 'black & white' and 'sepia' settings are there.
Grainy black and white;

'Soft focus' for pictures of the cat, doing what she does best;

However, I've found myself using the 'Dramatic' effect often;

It tends to bring out the detail in wristwatches;

This setting definitely shows a difference from a standard photo;

To one taken in 'Dramatic' setting;

A last shot of this Olympia SM2 typewriter. I haven't used it in so long that I forgot what a joy it is to write with.

I had it clamped to the bottom half of its case, sitting on my lap. It's no light-weight, I can tell you.

###  Special thanks to http://www.dpreview.com/ for their fantastic and in-depth product write-ups. Really minimised the stress of searching for a camera. Their reviews were detailed and clearly written and were of immense help during my hunt. Sterling work!  ###
Posted by teeritz at 23:55 7 comments: