Well, folks, it's been a busy December 'round these here parts, hence the lack of posts.

This year has treated us kindly, with no major highs, but more importantly, no major lows. Highlights include my getting a new Mazda (2006 model) back in July and it has served me well, despite the fact that the air con needs re-gassing and the tyres are a death-trap.

The dealer told me the car had air conditioning and the tyres were new. That's BS on both counts. They tyres may well have been new, but they were manufactured in 2013 and, as you may know, rubber tends to harden over time and road-grip suffers as a result.
I was reminded of this only yesterday when I made a wide right-hand turn (admittedly I was in third gear, perhaps a tad faster than I should have been) and felt the back of the car fish-tail out of control. I took my foot off the accelerator and yanked the wheel first to the left and then quickly to the right before the car regained some grip. Thankfully, no cars were behind me and there was no oncoming traffic.
I booked the car in this morning for a new set of Michelins which will be fitted next Saturday. Now, if I just exercise some cautious driving between now and then, I'll be fine.

The air con is another matter to be attended to in due course. When I tested in prior to buying the car in July, it was a winter's morning and it blew out coll air when I flicked it on. Naturally.
On the first truly warm day in November, I flicked on the air conditioning to be met with a room-temperature blast of warm air in the face.

I'll be writing a stern e-mail to the dealership soon. I'm very happy with the car itself, but I wish the salesman had been a little more honest with his description. Once a used car salesman, always a used car salesman. The weasel.

And I was also glad to have finally gotten the Rolex Submariner serviced/overhauled last month. It had been worn sparingly since I got it back in January 2015 due to the crystal and bezel falling off it.
I'm happy to report that the watchmaker did some sterling work on this thing. 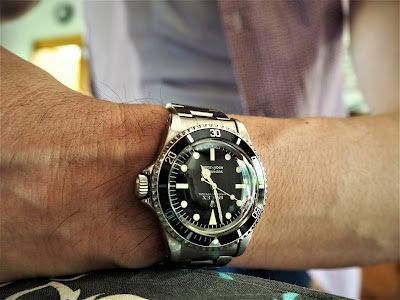 Of course, more important than Mazdas and Rolexes, everybody has been healthy this year. The kids and Lady Teeritz have been well, as has Madame; 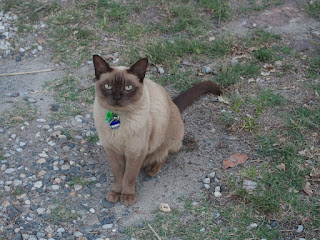 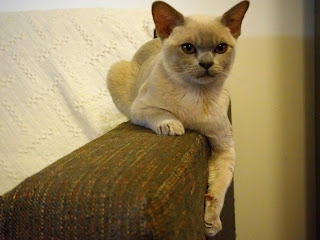 June saw the arrival of another cat, whom we called Bowie. Sadly, our older cat doesn't appreciate his very existence and this leads to her hissing at him whenever he goes near her. I had hoped that this would have calmed down by now, but it looks like it may never.
We'll see.

He is cute, though. And he eats anything that isn't nailed down. He also tends to like his breakfast at around six am, which is beginning to get tiresome, to say the least.

Typewriter-wise, I picked up an Everest K2; 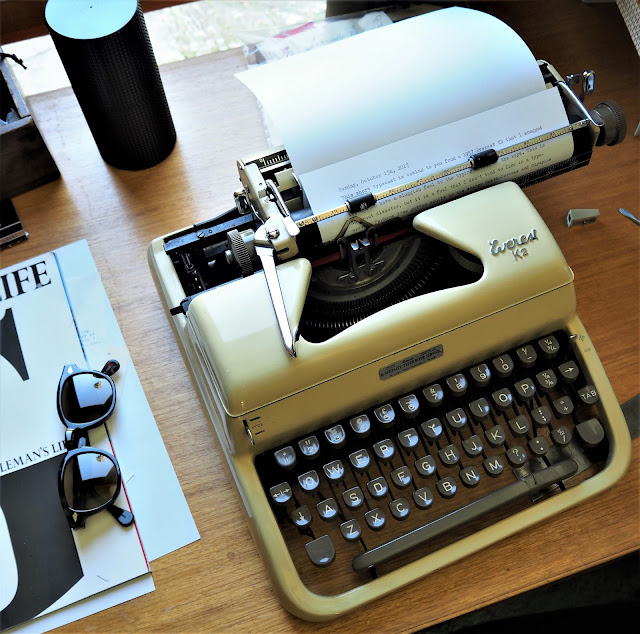 It types nicely enough and it's in very good cosmetic condition, but I find that I prefer the typing action of the two Olympia SMs (2 & 3) that I have, so this Everest feels a little redundant. The paint-job's a nice shade of cream, though.
However, I have to be ruthless. With the typewriters, I already have a few that are more for ornamental purposes rather than actual typing, so need to cull a few machines that don't get used. I have an Olympia Splendid 33 that's not as nice to type on as some of my other ultra-portables, so that one, and this Everest will have to go.
When it comes to eBay selling, January is a write-off. Folks are paying off credit card debts that ballooned out of control in the lead-up to Christmas.
Therefore, I'll wait until February before listing them for sale.

And so, that's this year just about done. It's now 12:28pm Saturday. I have a few tasks to complete at some point today. My desk is an absolute mess and I plan to tackle it with a vengeance in preparation for the new year ahead. I want to try and keep a calm and orderly work space and maybe give the screenwriting a good go.
I've been saying that for years, though. Think I'll start with small amounts of discipline here and there and see how I end up.

Thanks for reading, all, and I hope you have yourselves a safe and Happy New Year and that 2018 treats you kindly.

Till next time, see ya!

Three Weeks (or Thereabouts) Till Xmas & My Recent Wristwatches

Things are getting busy, folks. This'll probably be a short one.

Work is getting busier with repairs as I book 'em in, the watchmaker plows through them, then I ship 'em out. 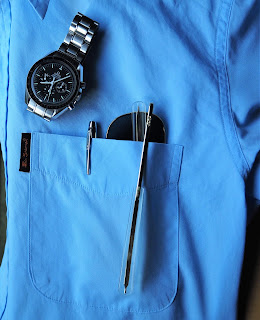 My neck and shoulder blade trouble has subsided, thanks to a great physiotherapist that I've been visiting in recent months. Still have some issues with my rotator cuff and sorting this out involves me performing some regular exercise. Needless to say, I haven't been as diligent with this as I should be.

Still getting used to these multi-focal glasses. Optometrist told me to wear them for just a couple of hours a day, but my job involves staring at a computer screen for the bulk of  the day. Might just need a little longer for them to settle in. Or my eyes to fall out.

Not sure if I've managed to shake off any of this excess weight. Haven't jumped onto a scale for a few weeks. Might do that first thing tomorrow morning.

It's been a week or so of swelteringly high temperatures here in Melbourne. The weather bureau then forecast heavy rains for later in the week. We're talking torrential storms of Biblical proportions. They are predicting 150mm of rain over the next three days. Is that a lot, I dunno.
It's now almost 8:30pm Friday night and, while it did rain steadily throughout the day today, I wouldn't call it a heavy downpour.
Anyway, my fedora's on stand-by. Just in case. 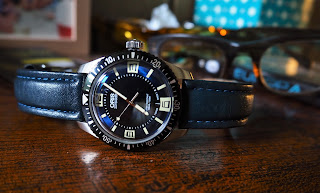 Switched over to the Oris Diver SixtyFive. Still have it on the ZRC leather strap. Wore it in the shower a couple of times to give the strap a good going-over, kind'a like wearing jeans in the bathtub to get them to mould to your body shape.
Not sure if I'll keep it on this strap. I probably should over Summer. Really put it through its paces.

Although I've said this once or twice in the past, I really plan to go through my watch collection and shift a few pieces. I've noticed that there are a handful of watches that have been worn only once or twice in the past year. No point holding on to them. This ain't no time for sentimentality. I have to be practical here.
Same with a few typewriters. Did I mention this already in my last post?
I may be a little tired.

Anyway, one more shot of the Oris; 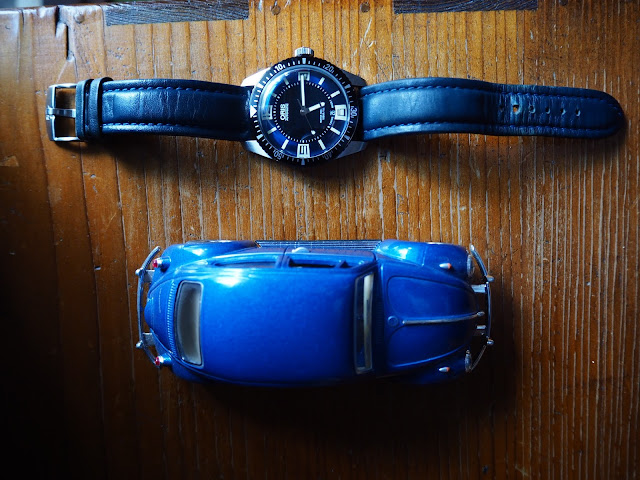 Thanks for reading and have a good weekend, all!