This one caught me by surprise, since I already have a Lett 32 from the early '80s. But how could I resist?
Look at it. How can you leave it in a store window? 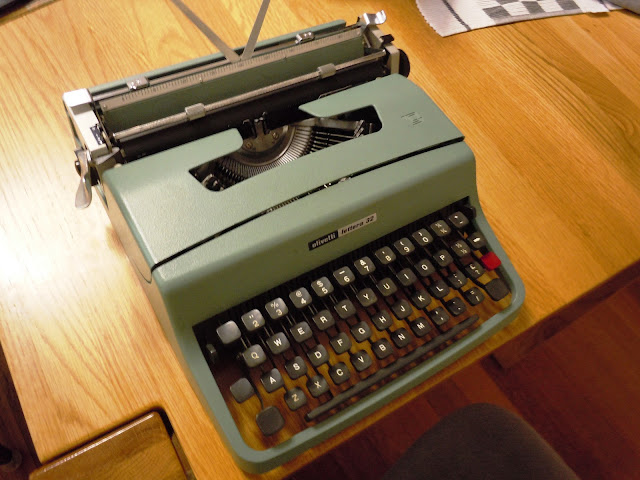 The ribbon cover doesn't sit flush. It's because one of the ribbon spools is not the original one and the screw that holds it down doesn't screw in properly...unless you turn it upside-down. 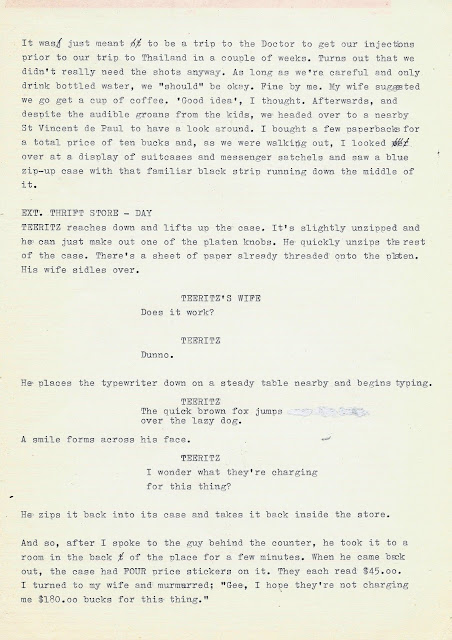 Excuse the screenplay layout. I met a successful author the other night and I felt a little disillusioned afterwards. So any excuse to write is a good thing, as they say.

And please excuse the poor layout of this post. Here's the scan of the instruction leaflet in case any of you have this typewriter, but never got any papers with it. 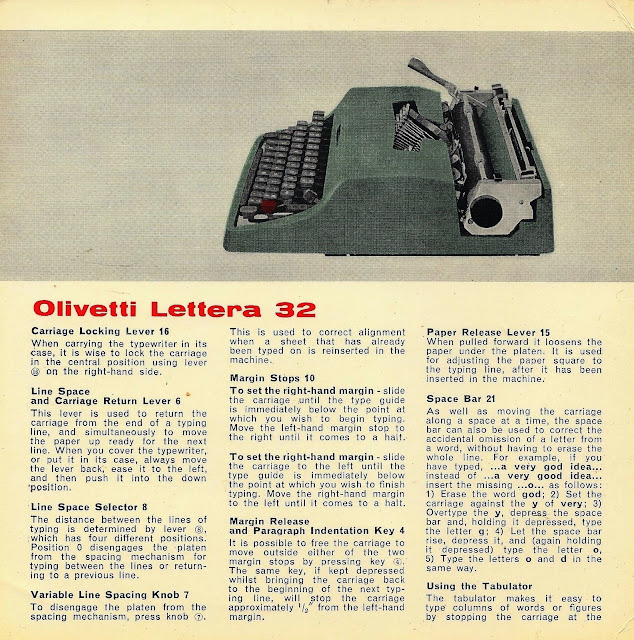 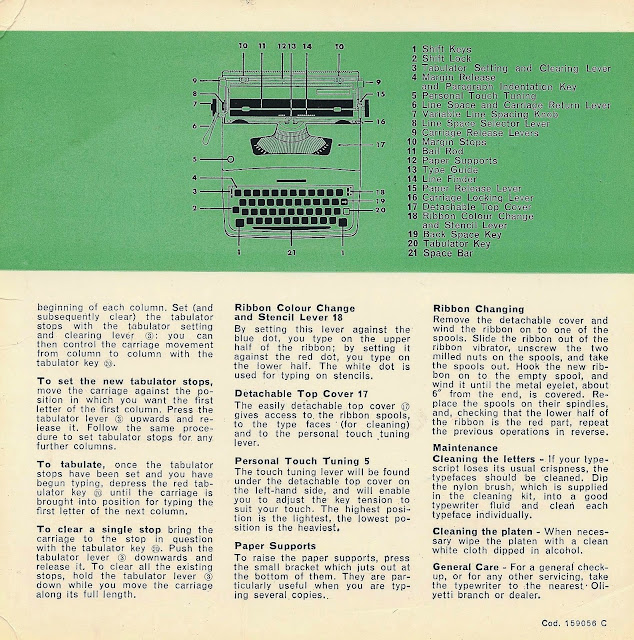 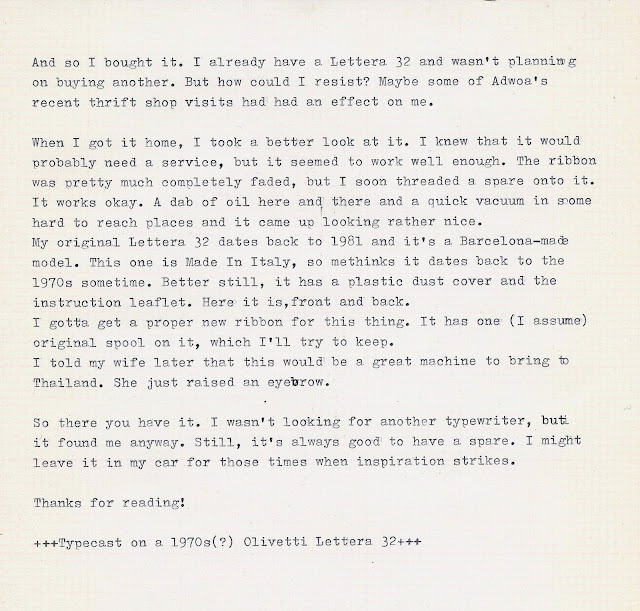 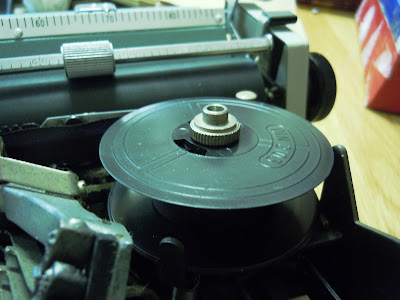 Here's the culprit that's preventing the ribbon cover from sitting flush. I had to screw it down back-to-front. No big deal. I'll just get a new ribbon for it. 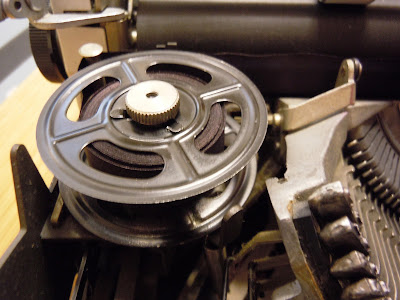 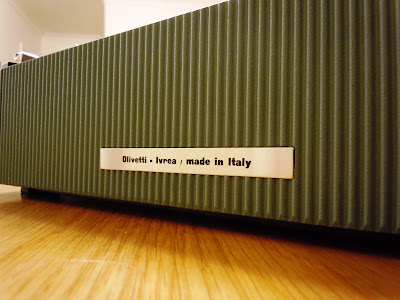 Rear of the machine. Looks like a shipping container. 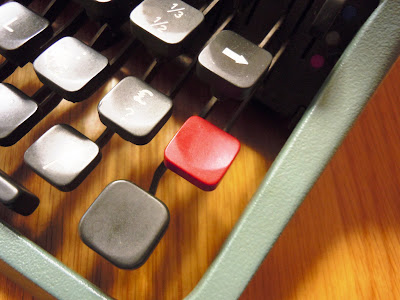 And, of course, Olivetti's signature red tab key. Those Italians. What am I saying? I'm Italian!

The Lettera 32 is a great and robust typewriter. Light enough to carry around, it's easy to see why it was so widely used. I read somewhere that these were so successful that they were seen and used "from the rice paddies of VietNam to the cafes of Paris".
I'd believe it. 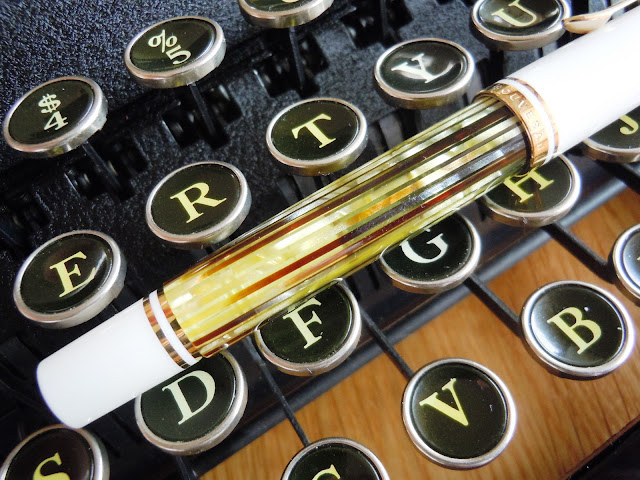 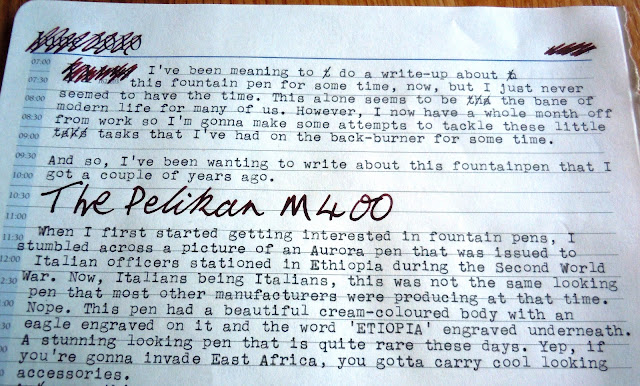 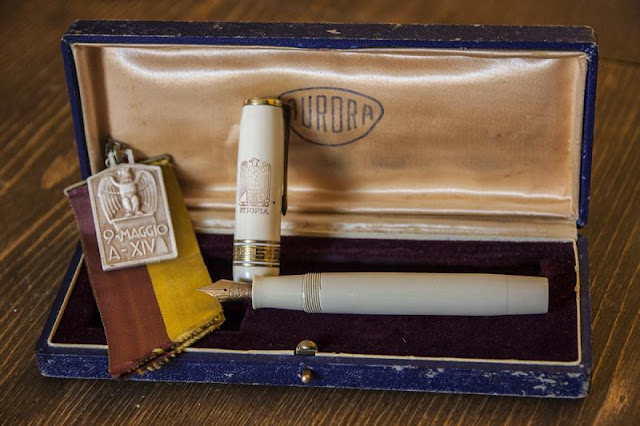 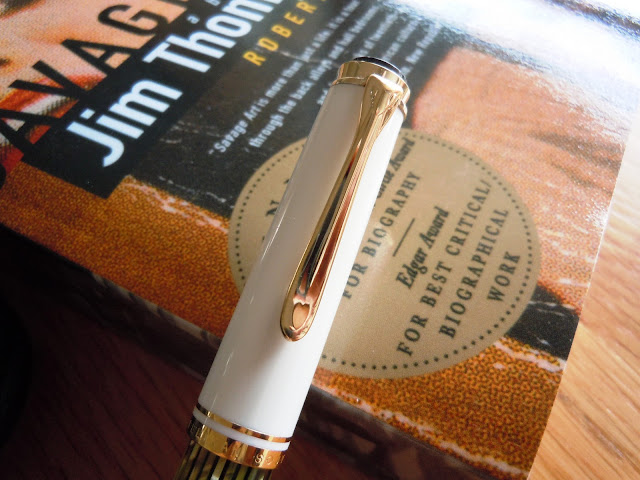 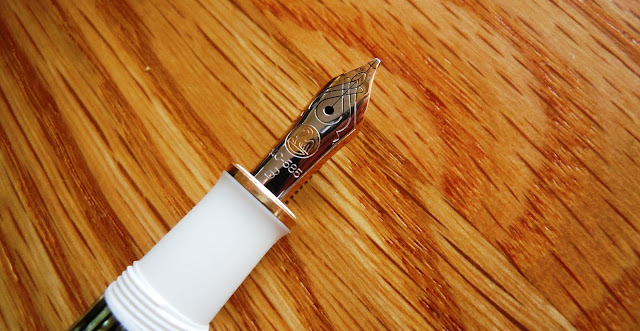 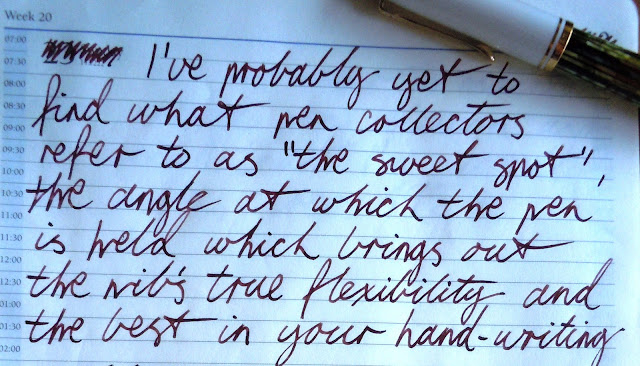 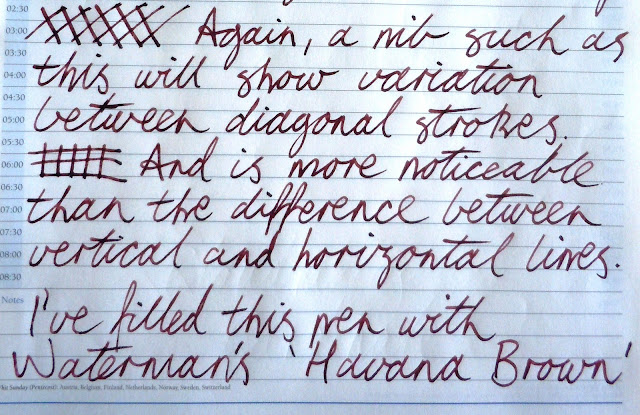 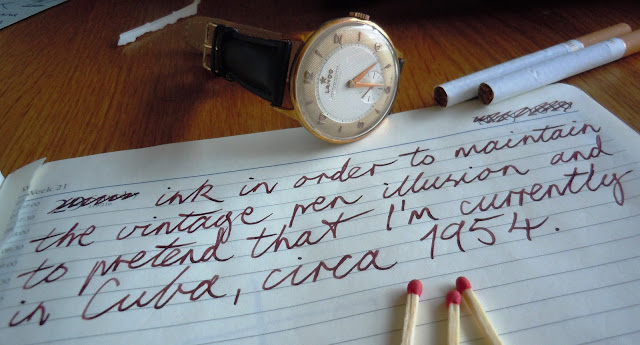 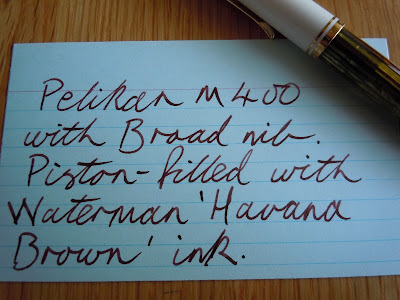 Email ThisBlogThis!Share to TwitterShare to FacebookShare to Pinterest
Labels: Pen and Paper

One 'Flu Drove Me to the Cuckoo's Nest 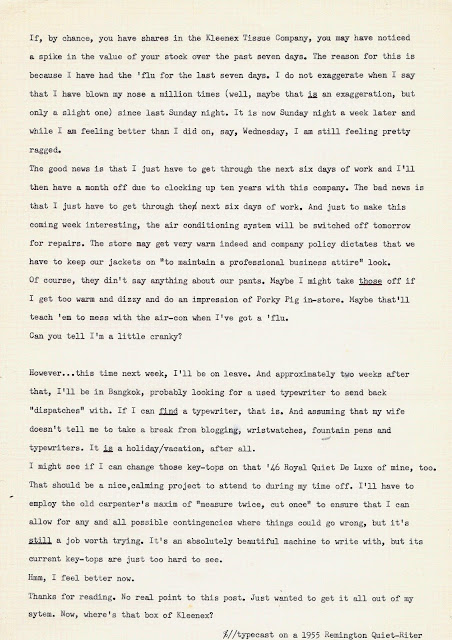 The Typewriter Collection No.7: Royal Portable in Alligator Red, circa 1928 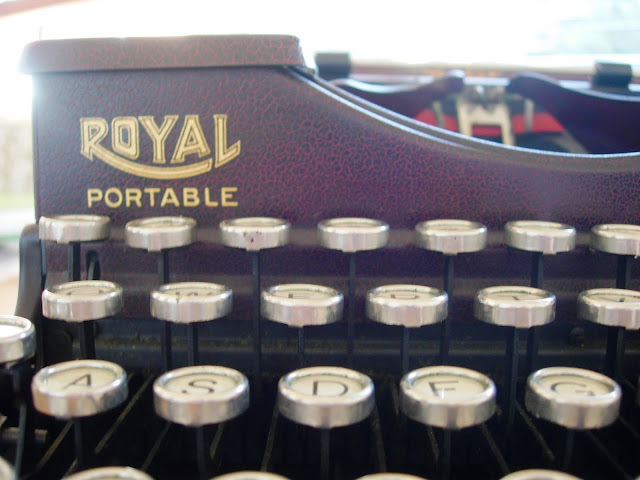 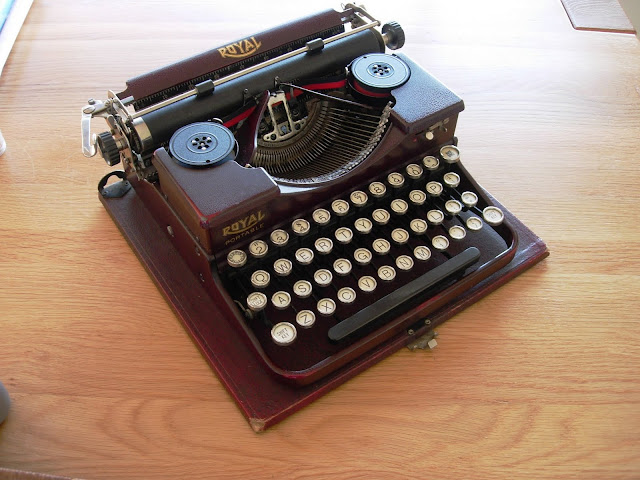 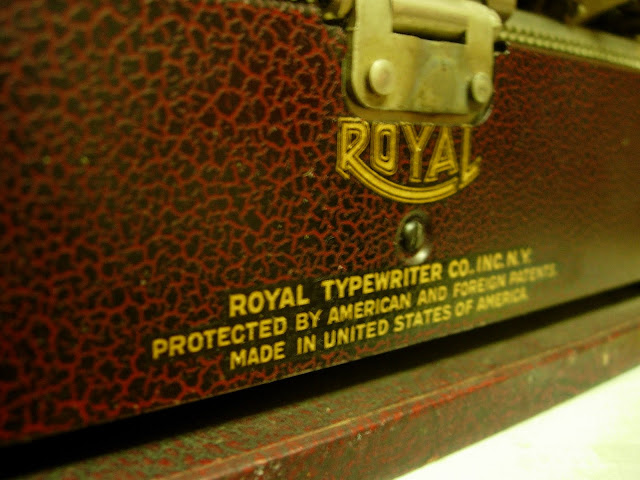 It's in pretty good condition for its age. No deep scratches. 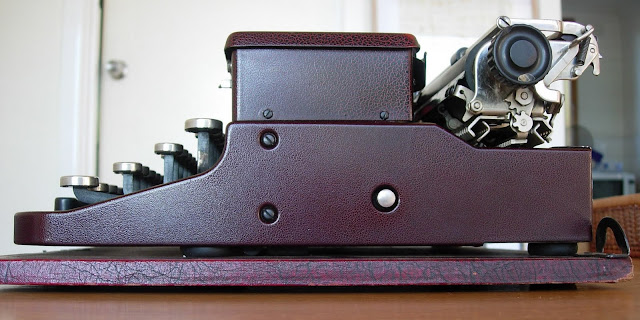 The obligatory profile shot. Looks more like some kind of steam-punk era locomotive. 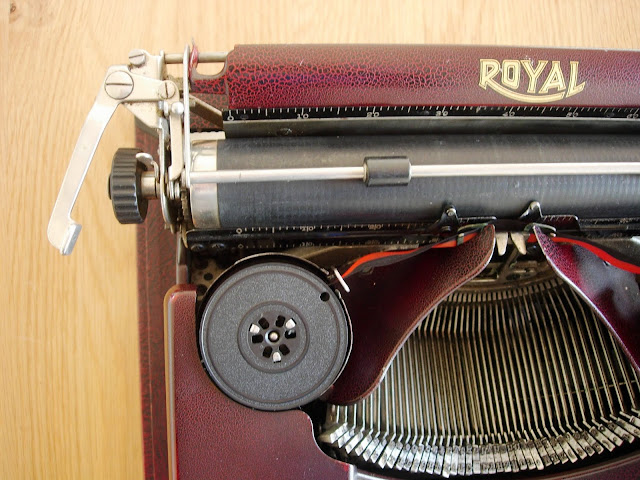 Hooking a finger across this carriage return lever took a little getting used to. 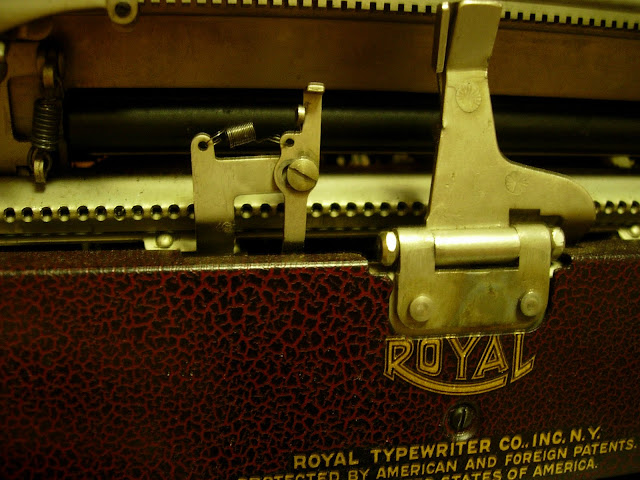 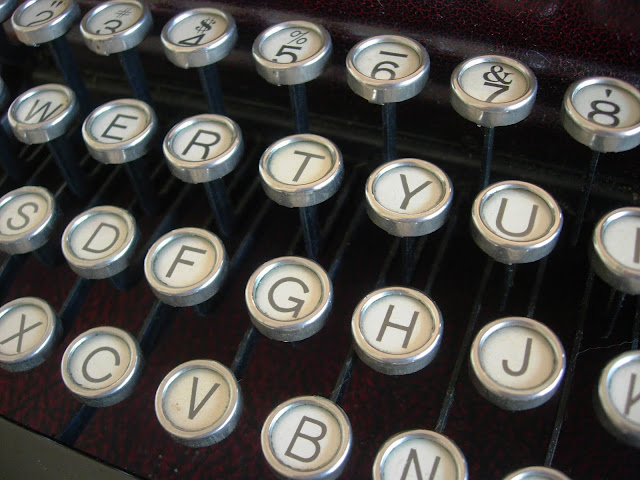 The keys are pretty clean and even.

Now all I should do is get it serviced, not that it really needs it, and maybe hunt up some spare spools for it, since I've noticed that they are slightly smaller than those found on other typers. I'll take another crack at rubber banding the underside of the space bar too. 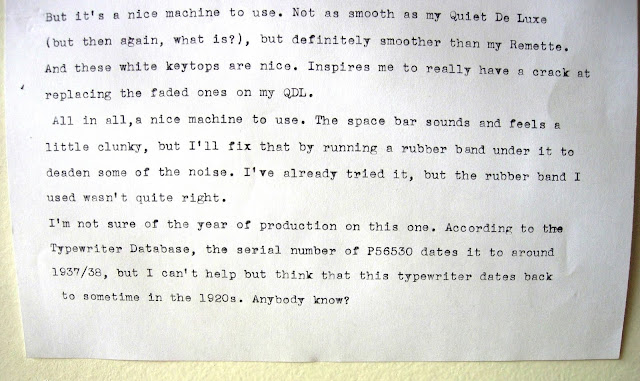 ﻿
All in all, it's a nice typewriter to use, although a little clunky, but then all of my other ones from the '30s appear to feel the same. Still, it's rock-solid. Easy to understand the "dropped from aeroplane via parachute to dealers" stunt that Royal pulled back in the '20s. Now that's marketing!

And P.S.- if anybody can give me a more accurate date of production on this, that'd be great!

Special Thanks to Ted for giving me the production year of this typewriter. Nineteen twenty-eight suits me just fine. Thanks again, sir!