Friday 5:18pm AEST
I will NEVER purchase another refrigerator made by Bosch. I'll get that out of the way first off.
Last Sunday
We woke up to find that the milk carton in the fridge didn't feel as cool to the touch as it should. As the morning progressed, the other contents in the fridge felt as though they were at just below room temperature. I went and bought two bags of ice and transferred the plastic trays and compartments from the fridge to the bathtub and then packed it all with ice. Later that day, I bought three more bags of ice. 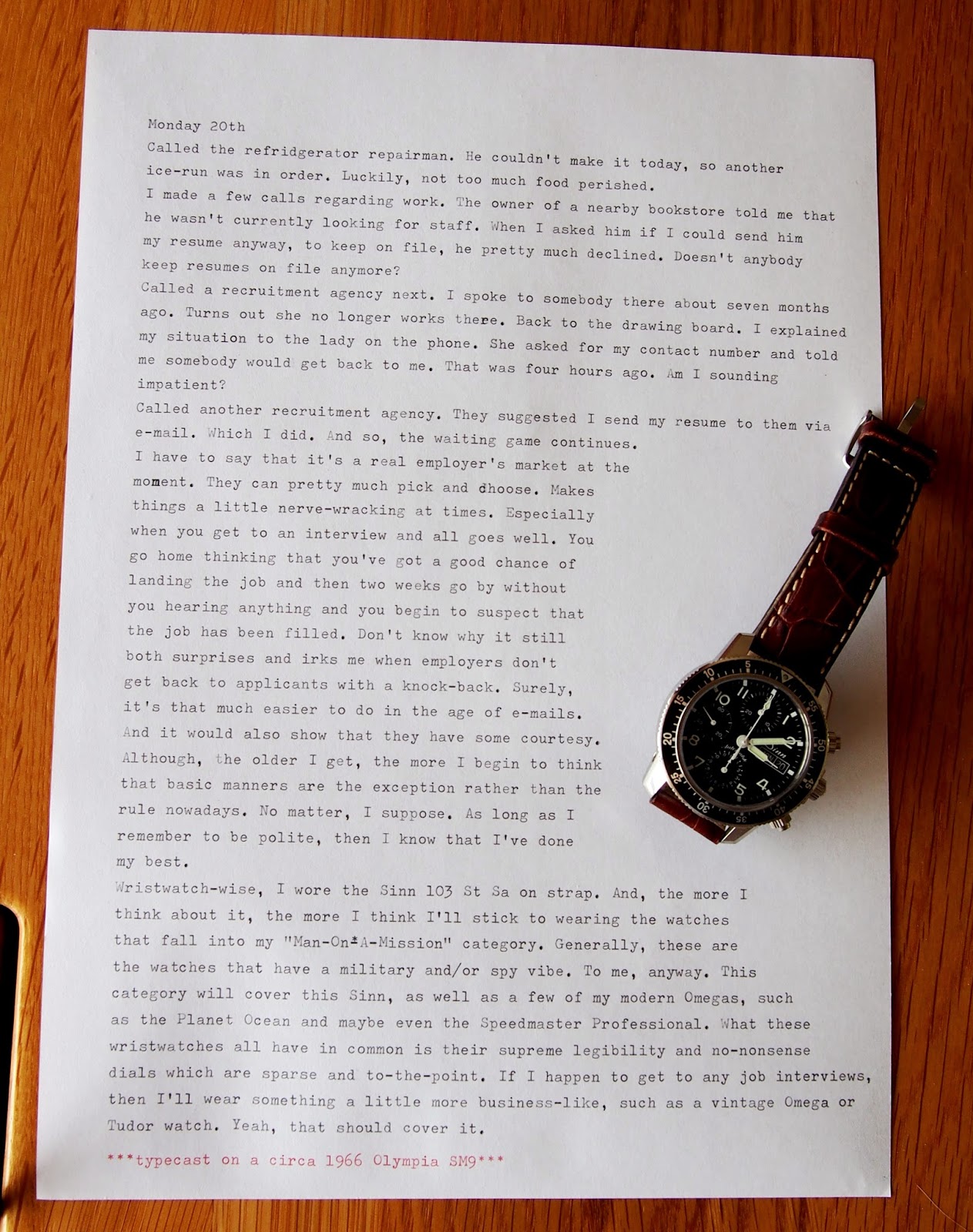 Tuesday
Our fridge man took a look at the rear of the machine after plugging it in and informed me that the compressor was leaking gas. It would need to be repaired by Bosch. I called Bosch and they told me that the soonest a technician could get over here would be next Tuesday. The call-out fee would be $98.oo for the first fifteen minutes and then $22.oo for each fifteen minutes after that.
My God, were they sending out a fridge repairman or a Paramedic!?
They gave me the names and numbers of two other accredited repairers. The first one that I called told me that it sounded like the compressor had gone. A new compressor would cost me around $800.oo, supplied and fitted, he told me.
Now, I didn't want to have to wait a week to be told by a Bosch technician (after he's charged us a hundred bucks just to come out to us) that we'd be up for eight hundred bucks to fix our fridge. Meanwhile, my wife and I had already thrown out a tonne of food that had spoiled in the last two days. We decided we would go buy a bar-fridge in the interim. We drove down to a nearby whitegoods retailer and had a look at a few bar fridges.
Most of them were around $350-$400. If we bought one, and then got our busted fridge repaired, we will have spent around twelve hundred bucks, when all was said and done.
And, while it might come in handy, we would be stuck with a bar fridge that we just have nowhere to store. Our garage is full enough already.
While looking around at fridges, we spotted a Westinghouse full-sized model that was on sale for $895.oo.
Now, here's what irked me about this entire episode;
We purchased the Bosch fridge new in late March, 2009. It has, therefore, lasted us four years, nine months. Back then, we paid $1,400.oo for it, which was around five to seven hundred dollars more than comparable refrigerators in other brands. We went for this one because we felt that its German engineering might prove more reliable than its counterparts. And now, to have to spend around $800.oo to repair it (as well as $300-$400 bucks for an interim mini-fridge) when we could REPLACE it for around nine hundred bucks really began to tick me off.
So, we purchased the Westinghouse model, called Bosch, told them to cancel the repair booking for next week, and asked them for the Customer Resolution Form to be sent out to us. This form is designed for customers to outline any issues they may have with Bosch products with a view to allowing them to rectify the situation. However, I've worked in retail long enough to know that a company is not going to replace a four year-old product for free.
Any way they want to cut it, the fridge is less than five years old, has always been used according to manufacturer's instructions, and shouldn't require such an expensive repair so soon. Simple as that.
Okay, deep breath, teeritz. Moving on.
Wednesday
I got a call from the delivery men saying they would deliver the new fridge between three and five pm. I grabbed a Texta (Magic Marker) and got to work. 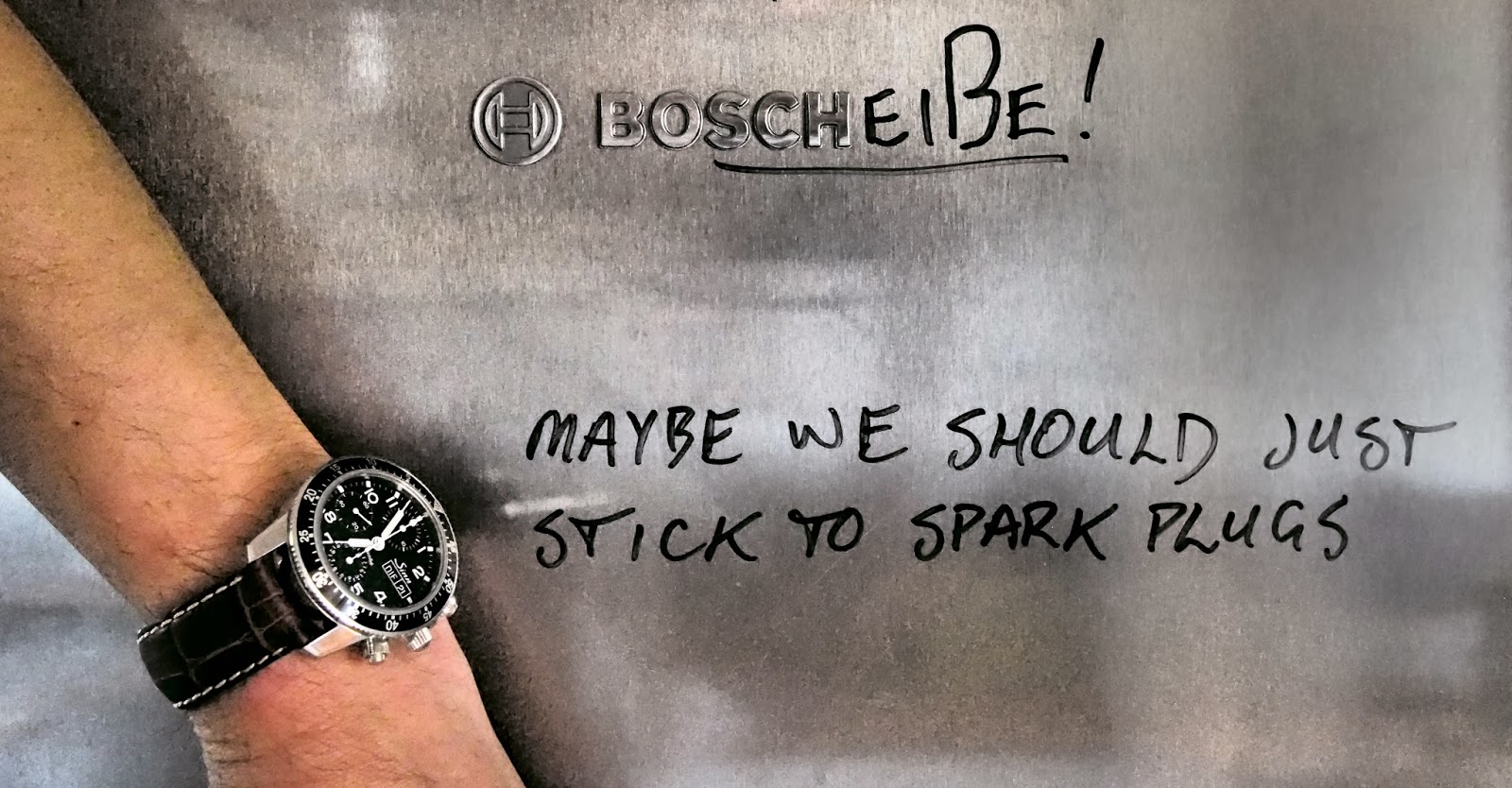 I have a few other products made by Bosch and have no issue with them. They work fine. But, if a company wants to branch out into other areas, they should make certain that they can stand by their products. Having sold wristwatches for so long, I am fully aware that products do indeed break down and do require repairs, but I would have expected a much longer life-span from this item, especially when you consider that most of us have probably owned a fridge that lasted ten, fifteen or even twenty years before they gave up. Think about the refrigerator in your house when you were a kid.
I asked the delivery guys if they were taking the Bosch away for repairs. I was told that it would be taken to a scrap metal place.
In an age where this world is running out of space and built-in obsolescence means that we have to replace household items sooner than our parents used to, it would be refreshing for a company to produce a product that performed for ten or fifteen years without any issues. Because, when it finally does break down, we are more inclined to return to that brand, based on how well its product performed. This episode has ensured that I will never buy a Bosch white-good ever again. And now, I get a little nervous when I think of the cordless drill in the garage.
And man, it's only Wednesday!

Thursday
Went to re-enrol in further subjects of my course. That's Wednesdays taken care of. For first semester, anyway.

Today
I got a call the other day from one of the recruitment agencies that I e-mailed. We arranged an appointment for me to go in and speak to them. The meeting was for midday today, so off I went. I took off the Sinn and put on the '68 Seamaster. I needed something a little more business-like. 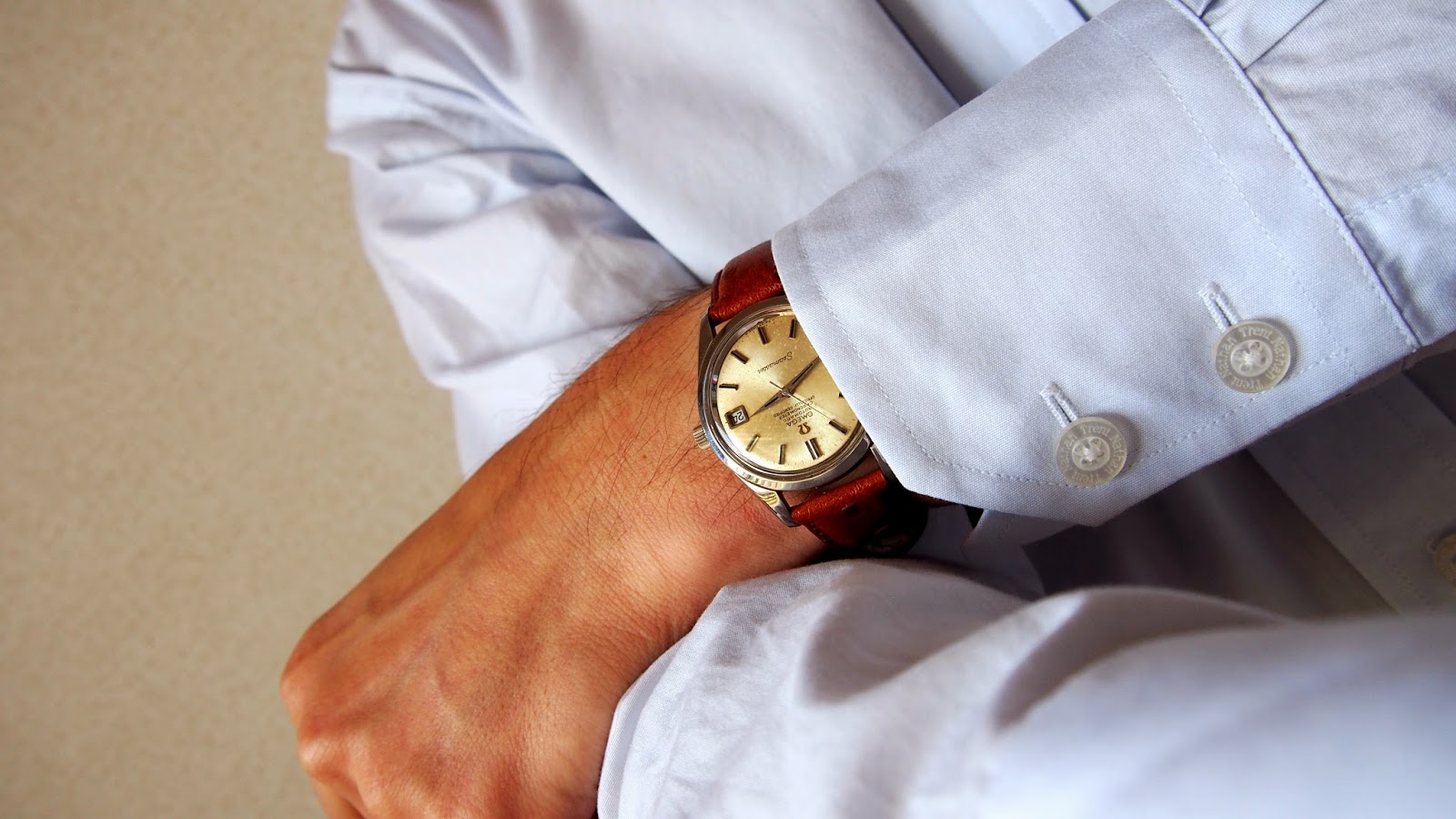 "So, what kind of work are you looking for?", he asked me.
Man, didn't he read the cover letter I sent with my resume?
"Well, primarily, I'm looking for part-time work to fit around my studies", I replied.
"Oh, I wish you'd told me you were looking for part-time. We don't tend to get a lot of that."
By now, I began to suspect that he didn't really read my e-mail carefully. And here I am, entrusting him and his agency to help me find work.
"Maybe you should try looking for work in the field that you're studying."
Holy unemployment, Batman, why didn't I think of that?!! I'm glad I had him there to tell me this. (That's sarcasm, by the way.)

I can see that I'm just going to have to rely on my own wits and initiative to find work. As my wife has said to me lately, paraphrasing Jack Donaghy (Alec Baldwin) in "30 Rock"; "You have to climb down further into the abyss in order to find your way out."
Onwards and upwards, buddy, onwards and upwards. 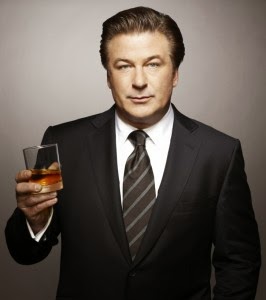 And that's how this week ends. Pardon the negative undercurrent of this post. There hasn't been much sweetness and light this week. Although, to be honest, it hasn't been a total disaster, either. Just an unexpected major expense regarding the new fridge, and culminating with a wasted trip into town to a recruitment agency that doesn't sound like it'll be of much help to me.
Still, I have more important things that make me happy. One of them is sitting on the couch reading the newspaper, another is in her room listening to a Taylor Swift CD, and the other one is in his room reading a Batman comic.
It's all good.


Thanks for reading and have a good weekend, all!
Posted by teeritz at 22:18