Friday, 6:20pm AEST
Yes, it's been a slow one this week. And yet, it was a blur. Can't remember what wristwatch I was wearing last weekend. I think it was the Sinn 103. It's my go-to watch when I'm beginning to forget what day it is. This normally happens around the time of public holidays where the days begin to get slightly askew.
Monday
Still had the Sinn on my wrist;

Tuesday
I had a few errands to run. Don't ask me what they were because I can't remember. I found a great website about a year ago, called www.everyday-carry.com.
Basically, people submit photos of the stuff that they, you guessed it, carry around every day. Some of the photos are fantastic. I'm surprised by how many folks carry a knife and torch on a regular basis.
Feeling a tad inspired, I set up a shot of what I had planned to carry that day. It ain't much, but it's all mine;


Thursday
Switched over to the Omega Seamaster AquaTerra Co-Axial on Christmas Day (Wednesday). Still had it on when I mixed up a gin & tonic to combat the heat here in Melbourne. And yes, I added a slice of lime instead of lemon. 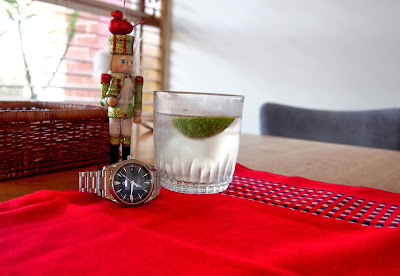 Today
Nipped out to do some banking this morning and stepped into a store called Big W to get a notepad. And I also found this Vintage 007 Collection boxed set. 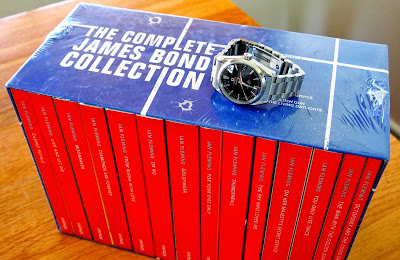 I've flicked through a couple of these versions over the past six months, debating whether or not to buy them. I have at least three different cover-art versions of every Bond paperback. The thing about these editions was that they had an introduction in each of them written by a modern author.
These Vintage editions would cost me $12.oo each if I were to buy them individually. This set was in amongst a bunch of Tolkien Hobbit/Ring Trilogy and "Game of Thrones" boxed sets. The price above this display said $75.00.
"Hmm, not bad. Fourteen books for seventy-five bucks. What's that, about five bucks each, give or take? Maybe I can put it on lay-by (lay-away)", I thought to myself.
Just to be certain, I grabbed a box and took it over to a nearby price scanner. I waved the barcode underneath the scanner and the little screen lit up with;
837XXX
BK JAMES BND SLPCS
$50.00
SOLD!!! For fifty bucks, it worked out to approximately $3.57 per book. I grabbed it and got the hell out of there. Yes, Virginia, there really is a Santa Claus.
When I got home, I flipped the box over and next to the barcode, the original price sticker in British Pounds said 111.86. Ouch! 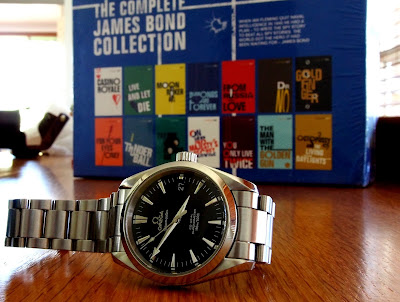 Being Friday, tonight is pizza night in our house. I just bought some mushrooms, rocket lettuce and salami.
Time to get started.
Have a great weekend, all!
Oh, and have a Happy New Year!!!﻿
﻿
﻿
Posted by teeritz at 23:20