What a friggin' week. Started off well enough, I suppose. Then it gradually turned to slight crap. Still, it's called 'life', isn't it? And if I stop and think about it (as I sometimes do), I wouldn't have it any other way. My wife has sometimes said (and she's not a religious type); "God makes the back for the burden."
That about sums it up.

Monday
Here's what I picked up from the Designing 007 exhibition; 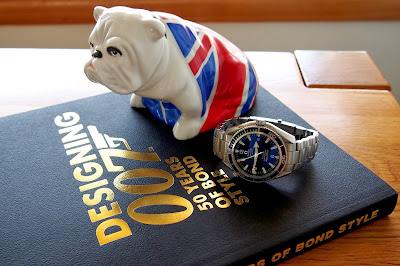 No, no, I already had the Omega watch. These Royal Doulton bulldogs have climbed up in price on eBay since that damned Bond movie last year. When I saw it at the exhibition selling for eighty bucks, I snapped one up. Better than paying $100 to $140 on the 'bay. Now all I need is an office at MI6 headquarters in London. And a short, grey pixie hairstyle.


And, sadly, I learned that morning that Peter O'Toole had passed away. I got a copy of "Lawrence of Arabia" on DVD only last week. Did that do it?
Back in 1998, I bought the CD of Frank Sinatra's "In The Wee Small Hours". Later that day, I heard the news that he had died. It was a Thursday and I was just about to begin my shift at a Bistro in Carlton.
The day after O'Toole's death, I read that Joan Fontaine had passed away. Now, I realise that the old stars of Hollywood can't live forever, but man! A little more spaced apart would have been nice.


Tuesday
Went back to the watch store I used to work at to catch up with some old colleagues. Place has been renovated and looks very nice. Grabbed a few catalogues to keep abreast of new models. Had my Railmaster on. That gold ballpoint pen is an Aurora. It was sent to me from relatives in Italy in 1974 and sat in its box for the next 25 years before I dug it out and started using it. A pen afficionado told me it's a fairly collectible pen, but it writes nicely enough, so it ain't going anywhere.

And later that evening, it was the end of year concert at my daughter's school.  I still had on the Railmaster; 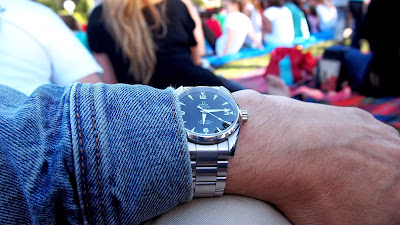 Wednesday
Worked. Only two shifts left to go. And what a day it was. The owner of this store is one of the nicest bosses I've ever worked for. A canny business mind and a realistic approach to the highs and lows of retail. The assistant manager, however, is one of the rudest people I have ever worked with. Definitely in my Top Three. Congratulations.
I just had to work two more shifts with this person. And, when I got home, I made myself a drink;

And, in a moment of naughty weakness, I fished out that stale pack of Kent and lit one up; 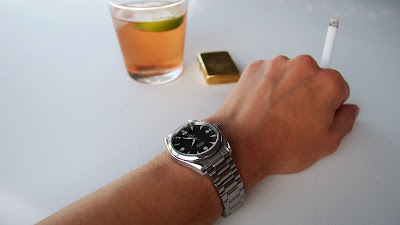 Thursday
Worked. I switched over to my Tissot Visodate. I wanted to wear a watch that had both a day and date display to remind me that I had one more day at this job. The day went okay, except for another remark made  by the assistant manager.
I got to the end of the day and gave the boss a bottle of wine as a way of saying 'thank-you' for the opportunity of working at his store. I also gave him a letter that I wrote on Monday night outlining his assistant manager's appalling behaviour during my six weeks of working there. I'm not sure if I'll hear back from him or not. He did say to me that he would be in touch sometime in the new year about more work, but I have no desire to return. I'm too old for this kind of treatment and I've done my time working with nasty people. I have to say, however, that the customers were a joy to serve. Not one rude person among them.
Of course, the assistant manager made up for all the politeness that I got from the customers; 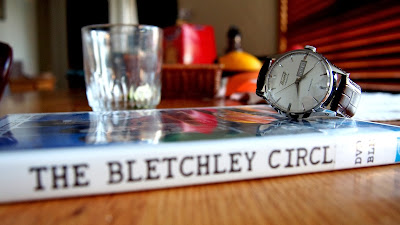 [ EDIT, 2:37pm- I wanted to add that the review that I wrote on this Tissot Visodate and posted up on a watch forum in October 2010 clocked up 300,061 pageviews on Tuesday morning. Which was nice. Of course, you can also find it here on this blog of mine. ]

I got home from my last day at work and my wife looked at me and said; "That's it, T. You don't have to go back there. The kids are on holidays and you've got time at home with your family."
By the time she finished those three sentences, the job was already receding into my mind's vault of distant memories.
Onwards and upwards, teeritz.
After the kids went to bed, she and I sat down to watch a little of "The Bletchley Circle", a three-part British mini-series about four ladies who worked as code-breakers during World War II. Set in the early 1950s, one of the ladies reads about the third victim of a serial killer and begins to see a pattern in the crimes. She enlists the help of her former colleagues and they set about finding the murderer. Naturally, the male-dominated police force of Scotland Yard don't take their theories seriously. Beautifully filmed, and the acting, needless to say for a British production, is wonderful. And, of course, there are glimpses of typewriters here and there.

Today
I got a Christmas card from Scott K earlier this week. I was going to send him one in reply, but I know that he's heading to Melbourne this week and figured that my card might just sit in his letterbox till he gets back home.
So; 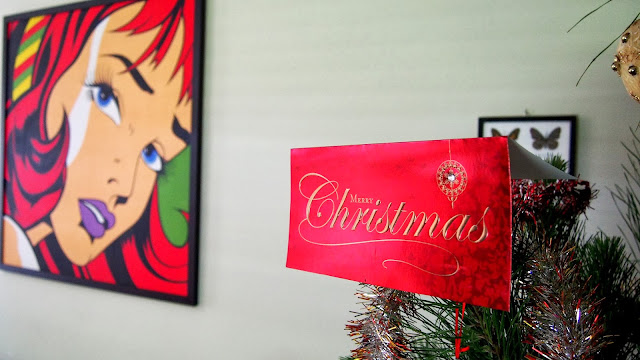 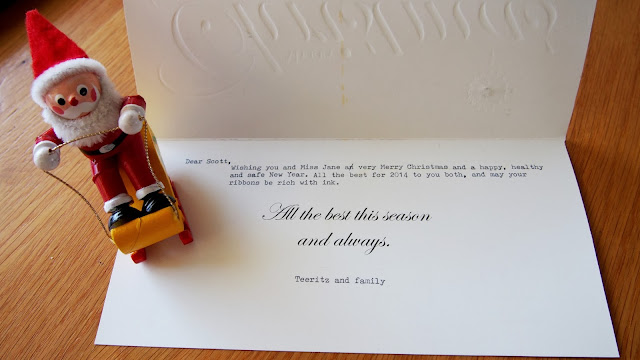 I don't know if you had trouble feeding the card into your typewriter, Scott, but I had a devil of a time with mine. Must be the little diamond thingy on the cover. I think the platen and rollers had to wrestle with it a little. But I got there in the end, sir.

Okay, the garbo has just pulled up to take the rubbish. 'Scuse me while I run out and give him a six-pack of beer for his efforts throughout the year. Gotta look after the working man.

Finally, these arrived from eBay; 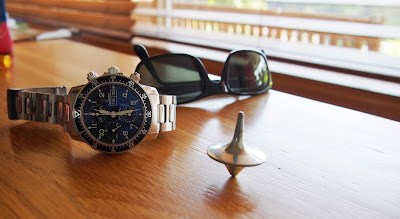 They are like the totem that Leonardo Di Caprio used in "Inception" (Dir: Christopher Nolan, 2010).

Personally, I think that he wasn't dreaming at the end, but my wife thinks he was. I base my view on the fact that the top quivers slightly. If you haven't seen this brilliant film, then do yourself a favour. You'll be thinking about it for weeks, if not months.

It's a great watch. I sold a lot of them in my time.  And it suits Leo's character of Dom Cobb, without a doubt. Di Caprio was an ambassador for the TAG Heuer brand (still is?) and this may have had something to do with him wearing it in the film. But I always thought he would have looked a little more badass if he had worn a chronograph, since the concept of time slowing down permeates throughout this film. Which is why I have the Sinn 103 St Sa chronograph on today. I can't slow time down, but I want to make sure I make the most of it, especially while my kids are on holidays from school. There's much to be done at Teeritz HQ over the next month or so.

Anyway, gang, that's my week. A few lows, but nothing catastrophic. I've been trying to be a glass-half-full kind of guy for the past decade or so and I choose to see the good instead of the bad wherever possible because life's too short. And there endeth the cliche festival.

Have yourselves a wonderful Christmas (and/or whatever you celebrate at this time of year) and I'll see you next week after the presents/gifts have been unwrapped. Have a good one and stay safe.

Thanks for reading, all!
Posted by teeritz at 17:58