What Santa Brought Me...With Some Help From My Family. 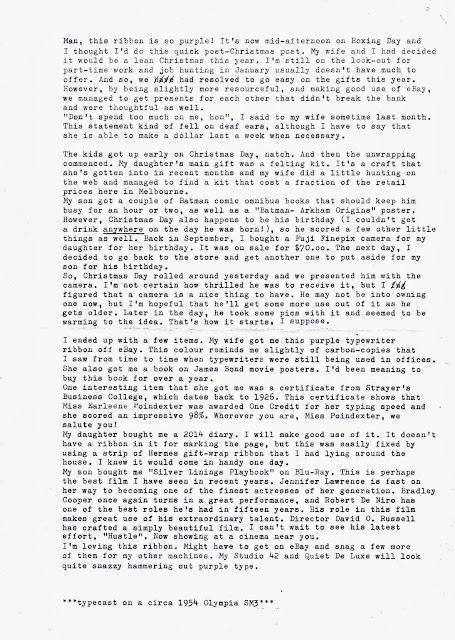 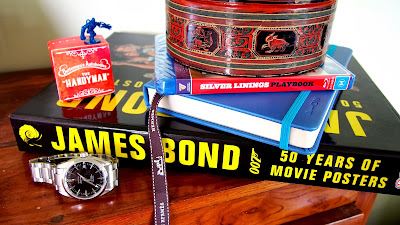 Here's my haul. The watch is what I was wearing today. Might as well kill two birds with one stone by taking one of the weekly watch photos.
Here's a close-up of Miss Poindexter's certificate for typing excellence. The signature in red has bled through to the rear of the paper. It looks like a ballpoint on the front, but that can't be right for 1926, can it? The typewritten words have left no imprint on the back of the paper. That means one of two things to me. Either it was (naturally) typed on a machine that had a newish platen OR this certificate is fake. Or maybe somebody found a bunch of blank certificates and filled them in...last year. Suspicious, ain't I? Doesn't matter either way. It still looks neat. A quick Googling shows that Strayer's did indeed exist as a business college. 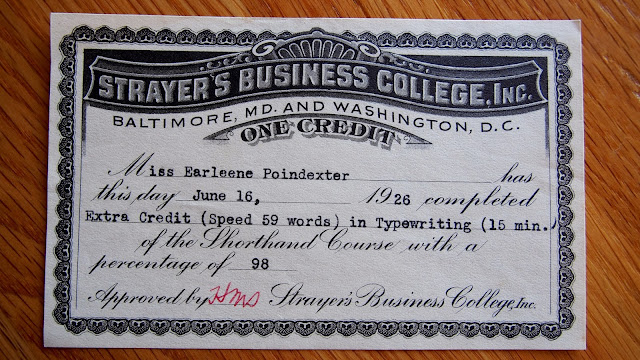 Here's an example of my daughter's handiwork with the felting kit. Those needles are pretty sharp. 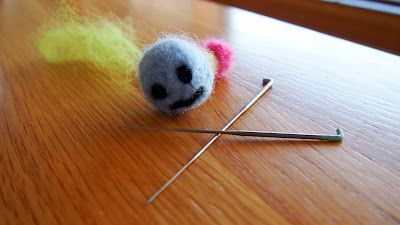 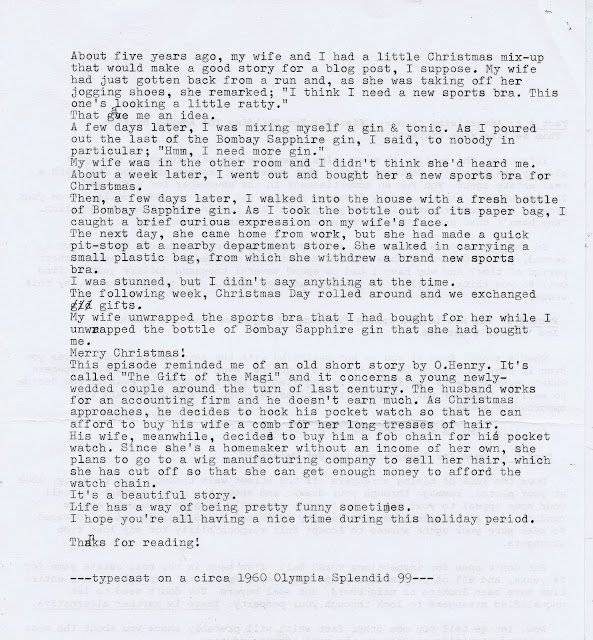 And that's Boxing Day. The family started watching the BluRay of "The Great Gatsby" about 20 minutes ago. My daughter's going through her Leonardo Di Caprio crush. I blame that damn sinking ship movie.
"Gatsby's" a great film, even though the screenplay didn't use narrator Nick Carraway's beautiful first line from the book. Gorgeous cinematography and lighting. The modern music score bugs me, but that's Baz Lurhmann for you. Can't accuse his films of being predictable.