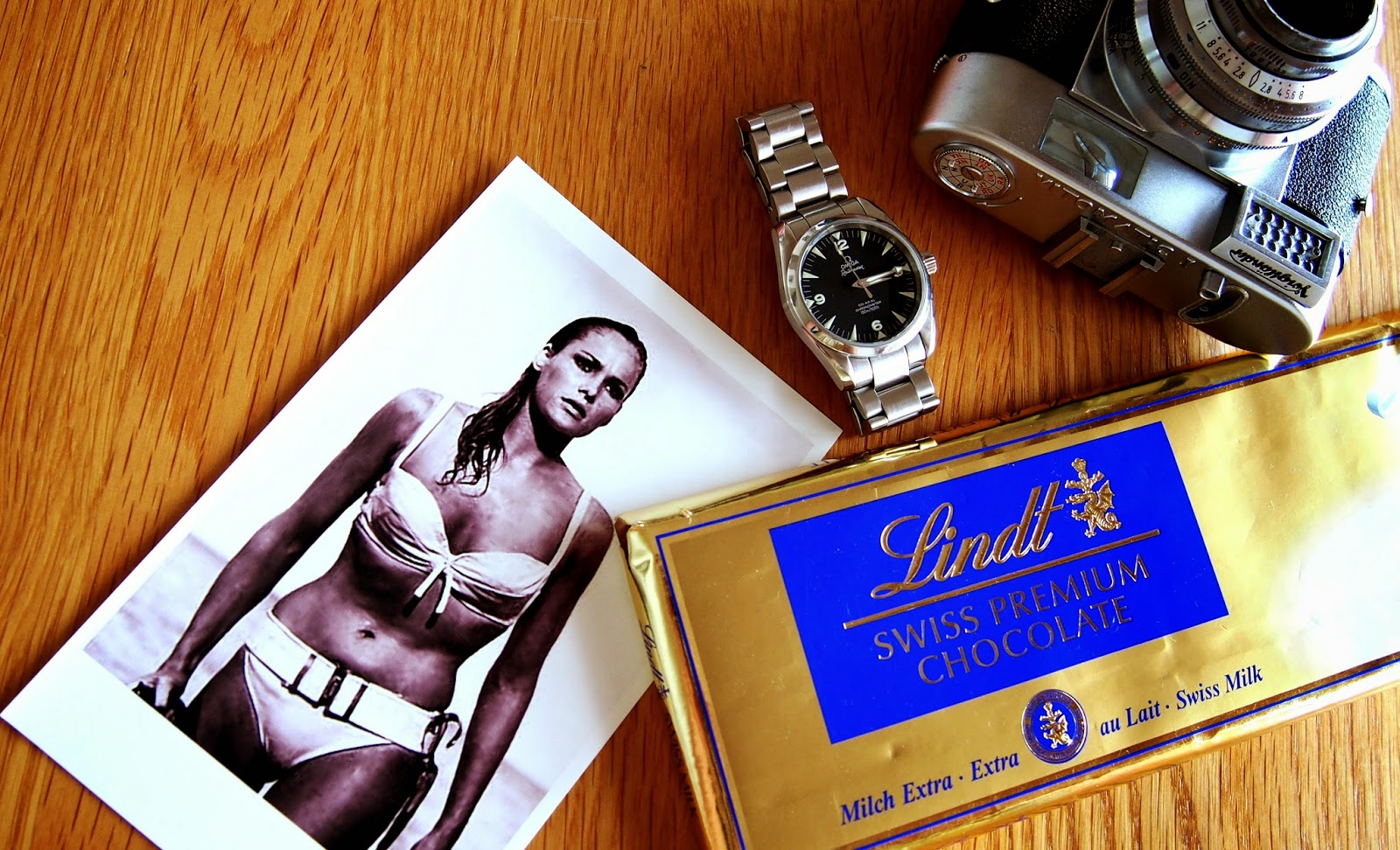 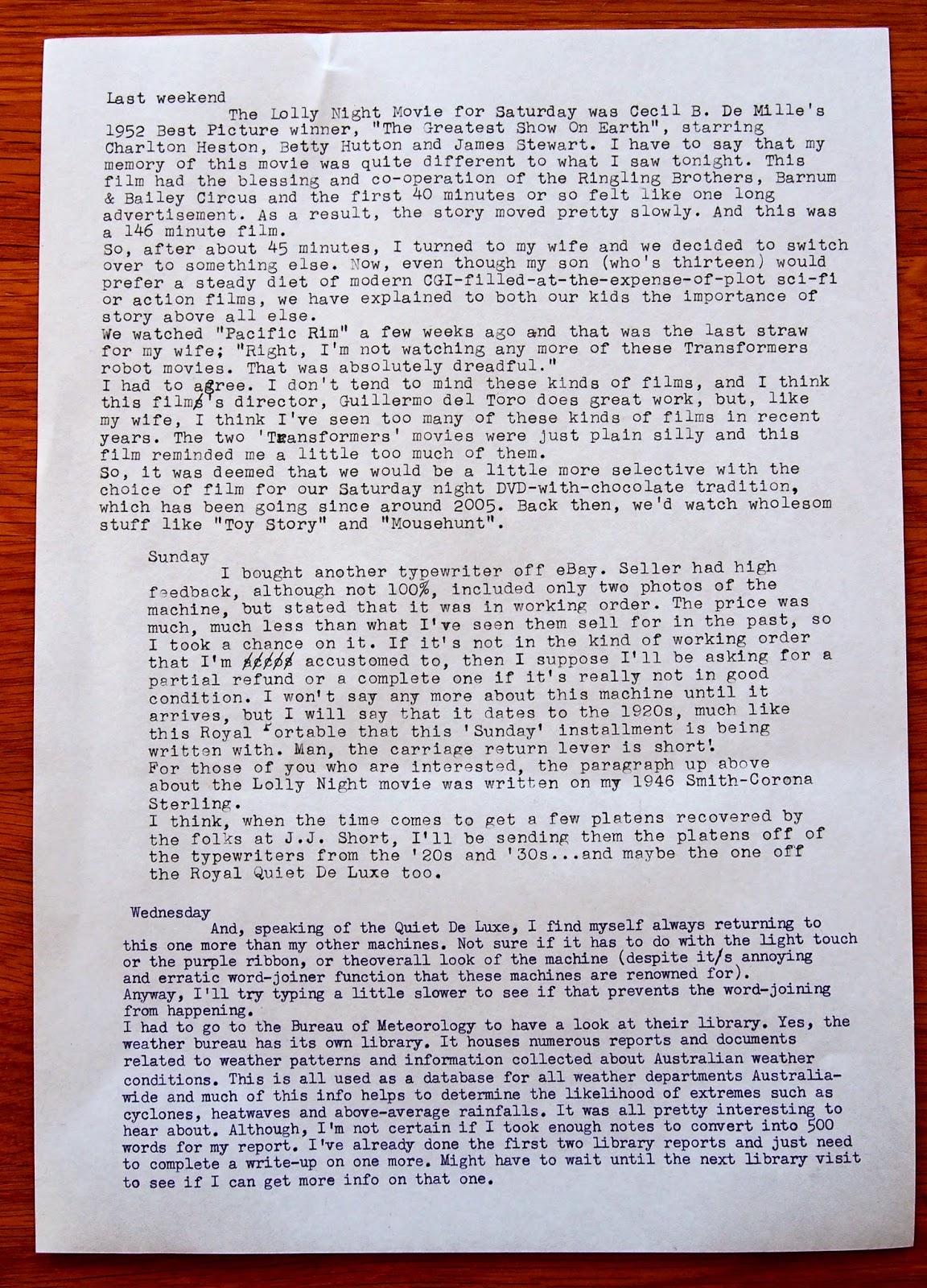 I thought I would travel light for the excursion into the city to the Bureau of Meteorology. I switched over to the Camy Club-Star on NATO strap with a preppy vibe... 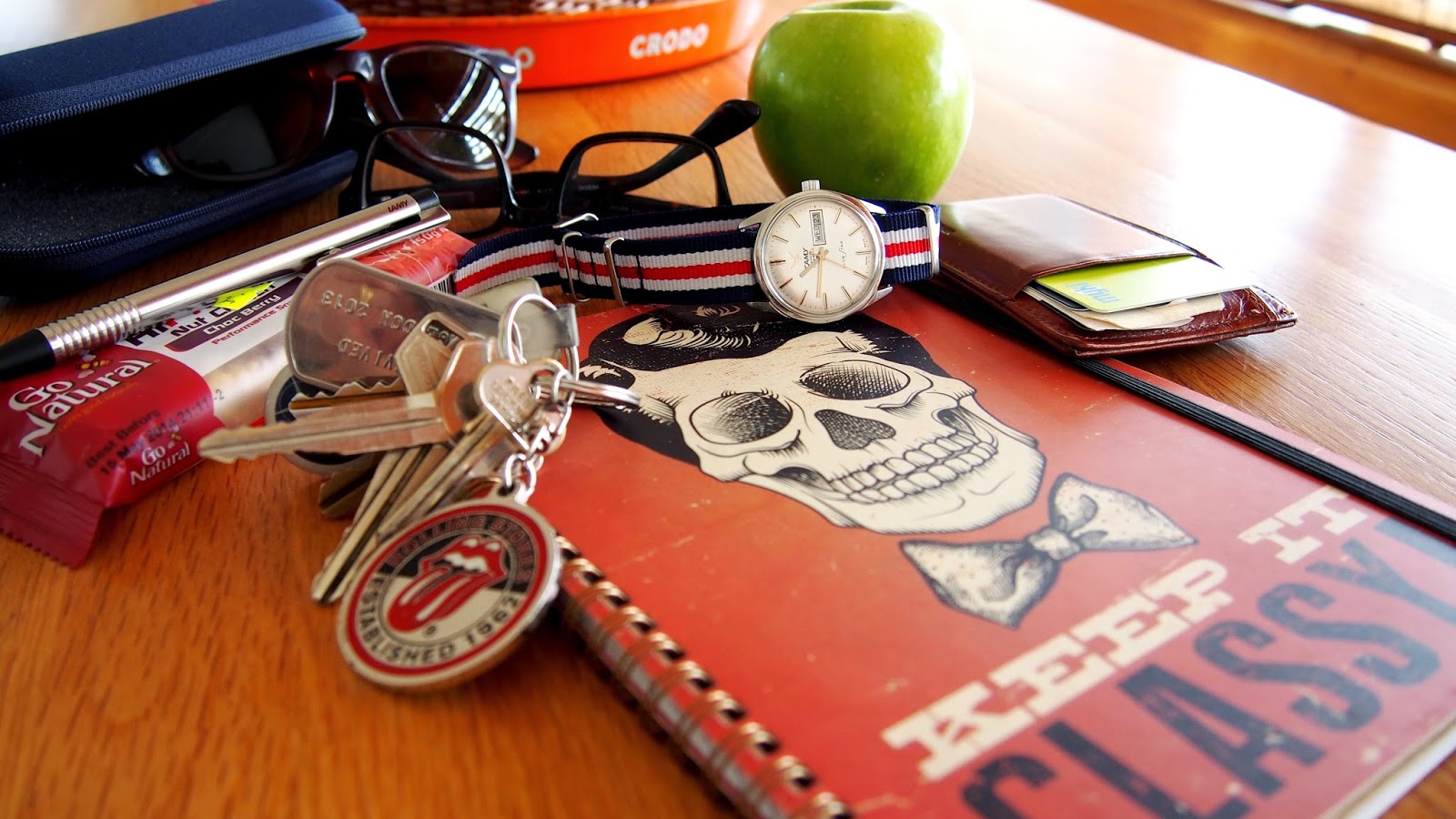 ...and wore it for about an hour at home before I changed my mind and switched over to the Omega Speedmaster Professional. I still had it on when I wrote the 'Sunday' entry on the Royal Portable; 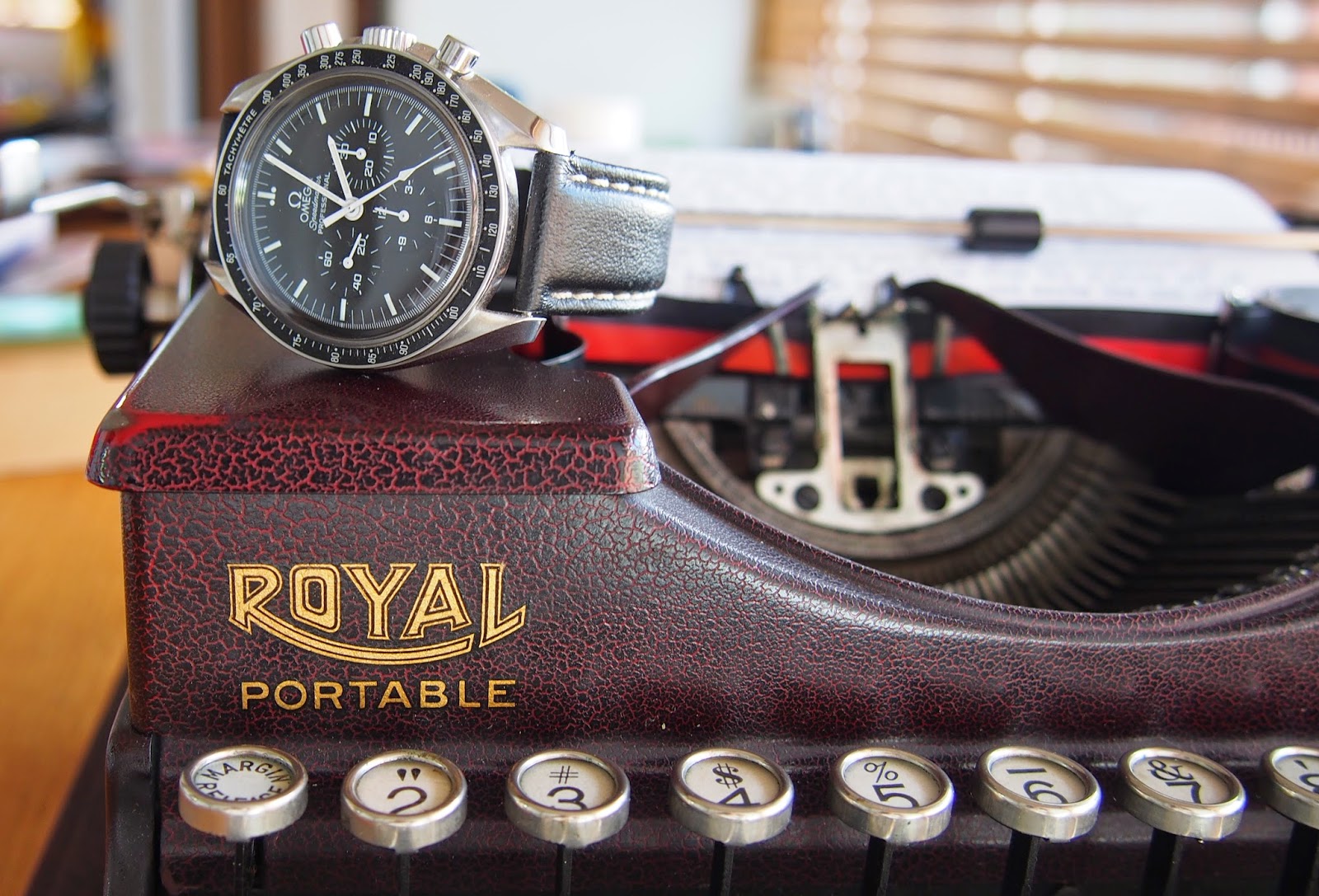 Here's a page from a log-book at the Bureau of Meteorology, which had weather information hand-written into it. A few entries were written by William John Wills, who perished along with Robert O'Hara Burke during an ill-fated expedition to travel over 3000 kilometres across Australia from Melbourne to the Gulf of Carpentaria in 1860-1861. 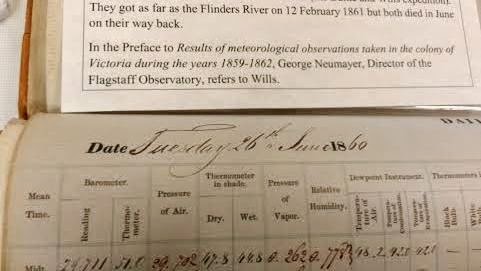 Entries written by Wills were initialed with a 'W'.  People had better handwriting back then. 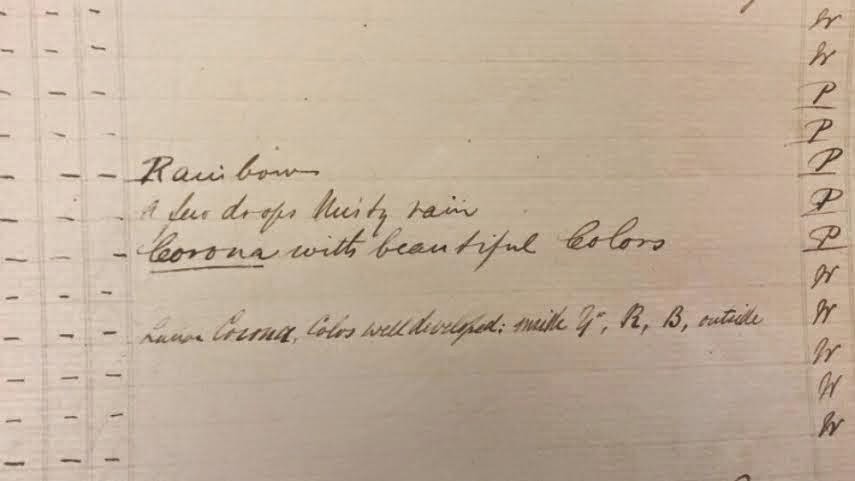 The Bureau had other ephemera on display as well as these logbooks from a ship whose crew tracked the weather patterns during their voyages. I took a snap because I was more interested in the typewriter font, ha, ha! 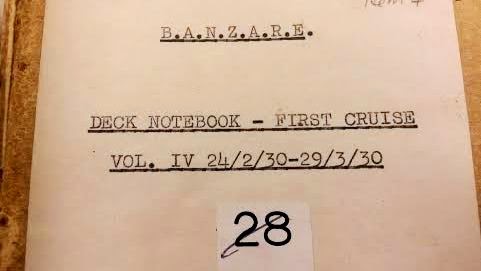 On Thursday morning, I saw one of these in the local shopping centre car-park. Back in the '80s, and even the early '90s, I used to see a lot more of them. They're a fairly rare sight these days. This is was a 'L' model (meaning 'last') from 1973. Perhaps one of the final models assembled in Germany. Production continued in Mexico until 1977, I think, don't quote me.
This model has been nicely restored. Picture taken with phone camera. 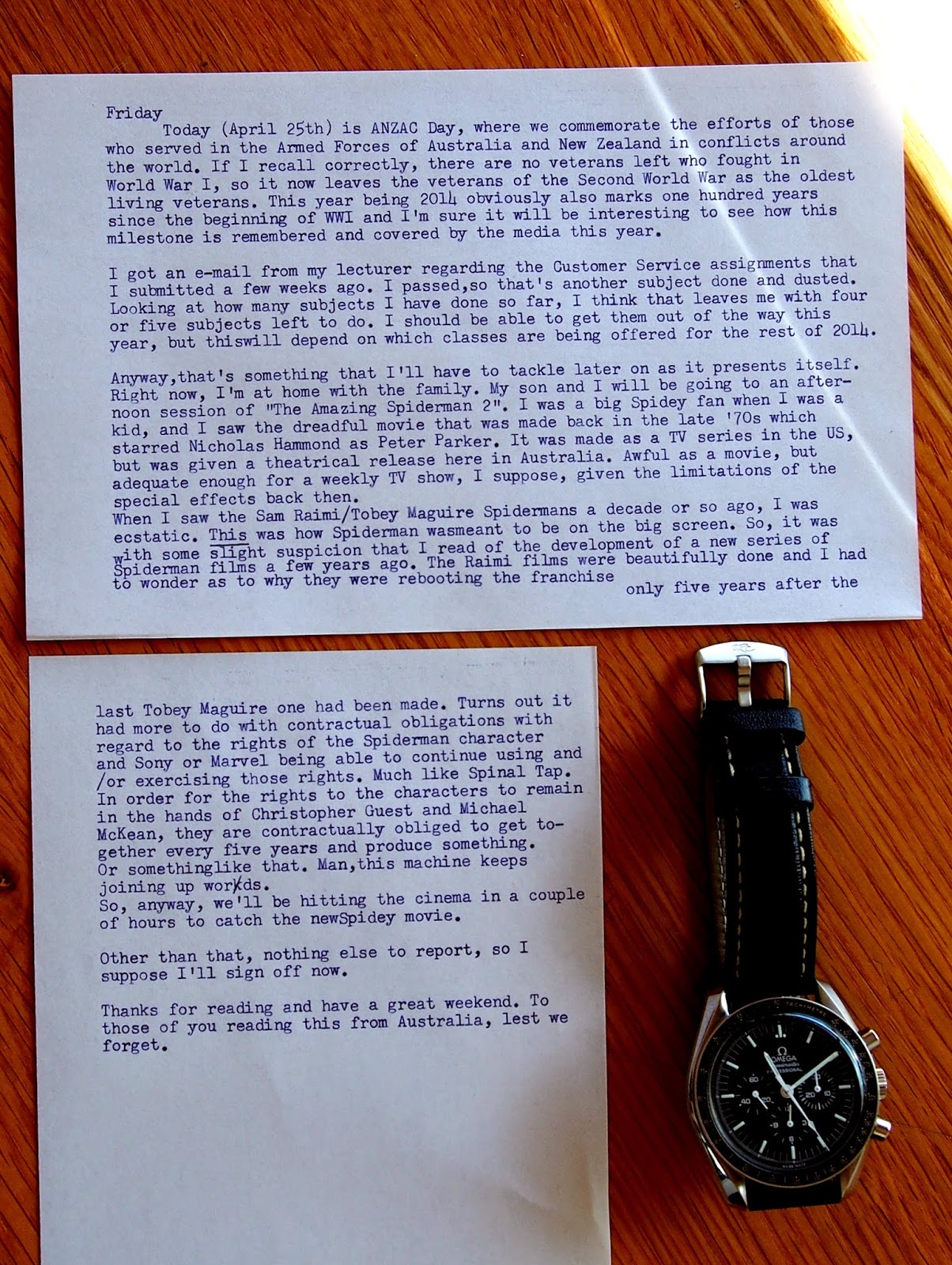 Thursday afternoon while waiting for my daughter to finish school...

Teeritz and his son sit in the Toyota. Teeritz's daughter approaches the car. She's about a hundred yards away when she calls out.


TEERITZ'S DAUGHTER
Dad, Mr G******** wants me to take
the baby chickens home for the
weekend to look after them.

TEERITZ
Well...okay, but they'll be your
responsibility. I'll have enough
on my hands, keeping Madam away
from them. Hurry up, then. 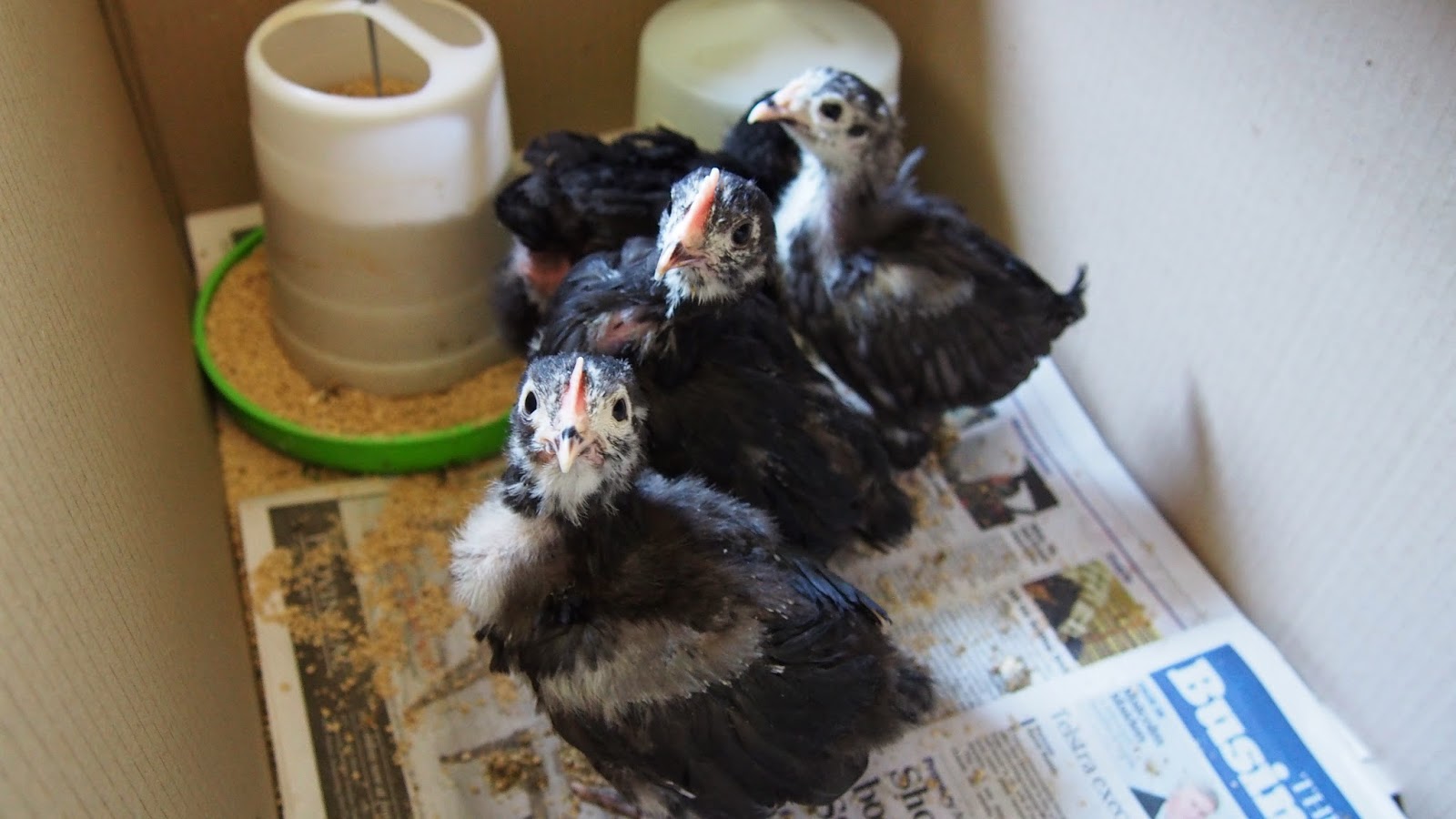 I hadn't planned on taking baby chickens home for the long weekend. Once I got used to the idea, I was expecting a little shoe-box with some tiny, fluffy, yellow chicks like the ones I used to see in Kleenex ads on TV, where some little blonde girl would hold one in her hand while she wiped its beak with a soft, paper tissue.
But no, these were a little older and larger. With long necks.
I though they were vultures or ostriches!
And man, did they make a mess of their box! It was filthy, so I went out and got another box and spent half an hour cutting it down and reinforcing it with tape and lining the bottom of it with replaceable cardboard and newspaper. I even cut a little window in the top of it to allow for easy viewing of deez liddle boids.

Anyway, they've been in the house for 24 hours. They had some fresh air outside a couple of times today, the cat hasn't eaten any of them, their box has been cleaned out (by me, how'd I get roped into that caper?) and they have now been relocated to the very small laundry overnight so that my daughter's room can be aired out. Despite the fact that this house isn't designed to double as a chicken coop, it hasn't been too bad.

Have a great weekend, all.

And Lest We Forget.