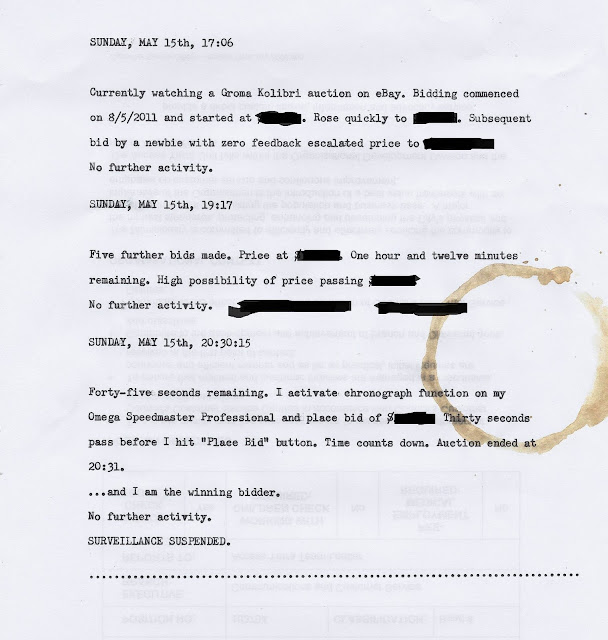 My wife borrowed a copy of "The Lives of Others" (Dir: Florian Henckel Von Donnersmark, 2006) one night, but I wasn't really in the mood to watch it. Fast forward a few months later after I'd been bitten by the typewriter bug and there I was with a sudden urge to see this film. So we got it again. And it was a brilliant film. The story unfolds at a great and gentle pace, Ulrich Muhe's portrayal of the tortured, but loyal Stasi agent Weisler is filled with both depth and restraint and there are moments of true tension and humanity throughout. In the film, there's a brief scene where a Stasi technician pinpoints the make and model of typewriter which is used to write an incriminating newspaper article about the oppression suffered by writers in East Germany during the last years of The Cold War. The typewriter in question is a Groma Kolibri.
I was thinking of adding an Hermes Baby Rocket to my collection, but after seeing this film, my interest shifted slightly to a Groma, even though I figured the chances of finding one, on eBay or anywhere else, would be slim. Also, I assumed that these were only made with German keyboards, where the QWERTY arrangement of keys would be rearranged as QWERTZ instead. That would have done my head in. I knew I'd be writing things like; "Hello, pleased to meet zou." and "Well, what's zour answer, zes or no?"
And then, one did indeed turn up on the 'bay, and I just had to have it. 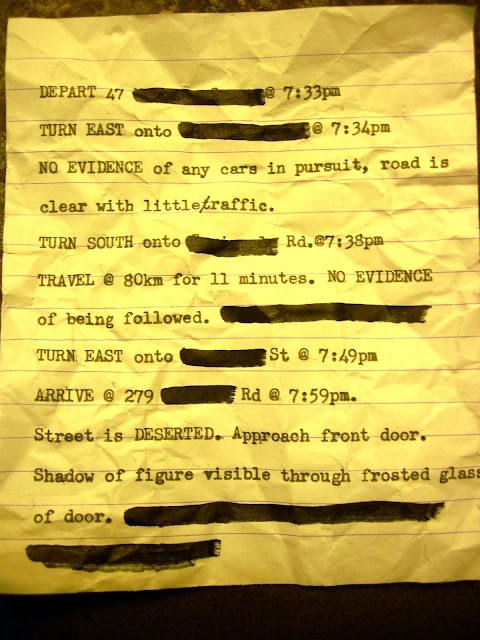 When I lifted the lid of the case, the machine looked absolutely stunning. Classic German mid-Twentieth Century design elements oozed from every curve of the Kolibri. And talk about a low profile! I tested it and it seemed okay. There was some paint missing from the space bar and the upper-case letters would need to be looked at, since they weren't hitting the page entirely. No big deal. I paid for it and high-tailed it outta there. Seller was very pleasant to deal with actually. 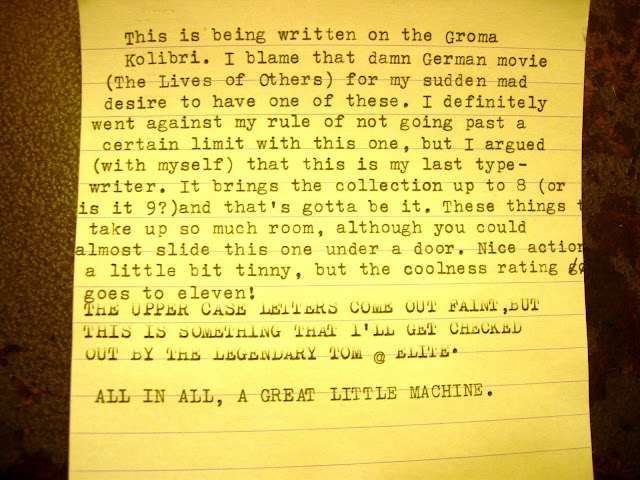 No decent photos of it yet. Lighting wasn't letting me get away with good pics. Case has the slightly metallic green paint job. 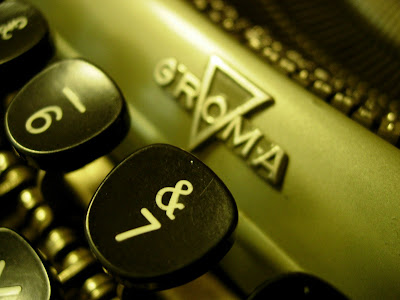 Love the Kolibri logo font. Wondering if I can remove it, paint it gold, and then fasten it back on. 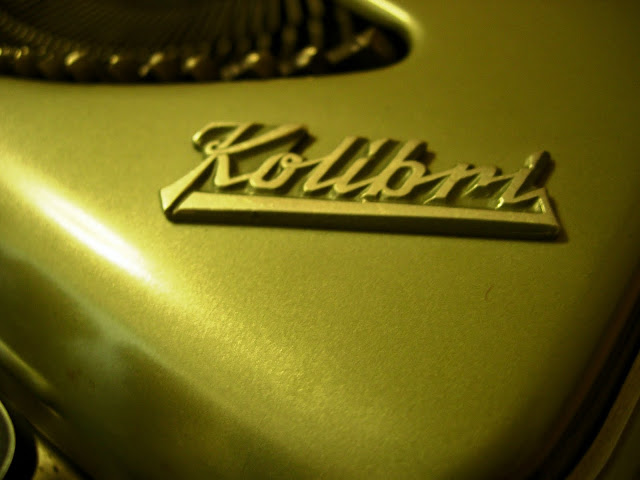 And hopefully, this should be the last typewriter I buy. I have a somewhat varied collection and I'll get around to putting up words and pictures about them all in the next few weeks.

I should especially thank(or blame)Robert Messenger for mentioning the Groma Kolibri in his excellent little book, "The Magnificent 5-And 250 Other Great Things About Portable Typewriters". Check out his blog, http://oztypewriter.blogspot.com/. He just might still have some copies left.