Fri 6/2/15 - Poor Service (Overpromise, Underdeliver), Putting Down The Paintbrush, Picking Up the Screwdriver & This Week's Wristwatches.

Last weekend's watch, the WatchCo Seamaster 300 on a black leather strap. I placed it next to this old photo of chef Ainsley Harriott because I've always found it funny the way the monkey is hugging his head. Anyway, I couldn't keep this picture forever, so I thought I'd save it on my blog. Already did a search on the web, to no avail. 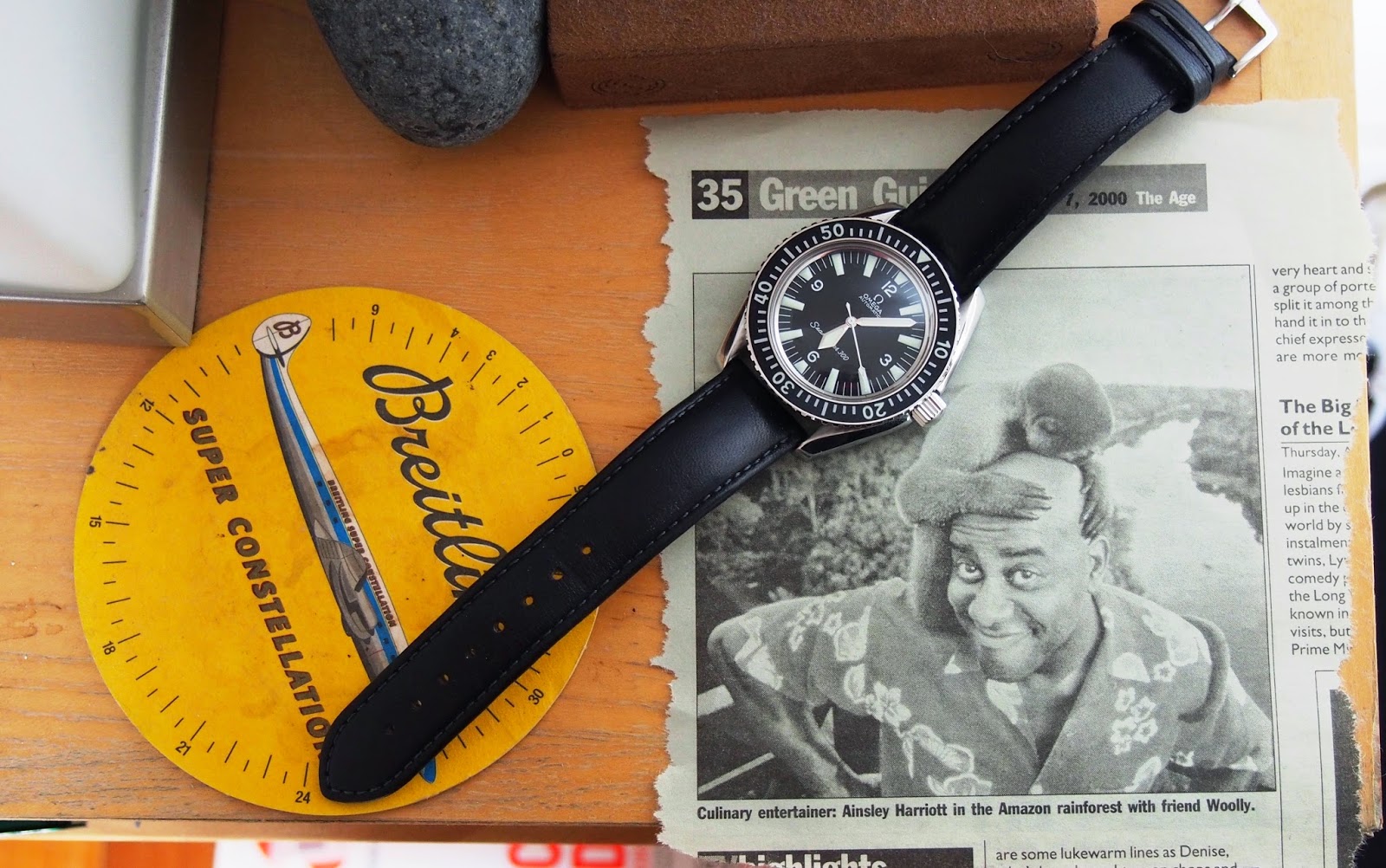 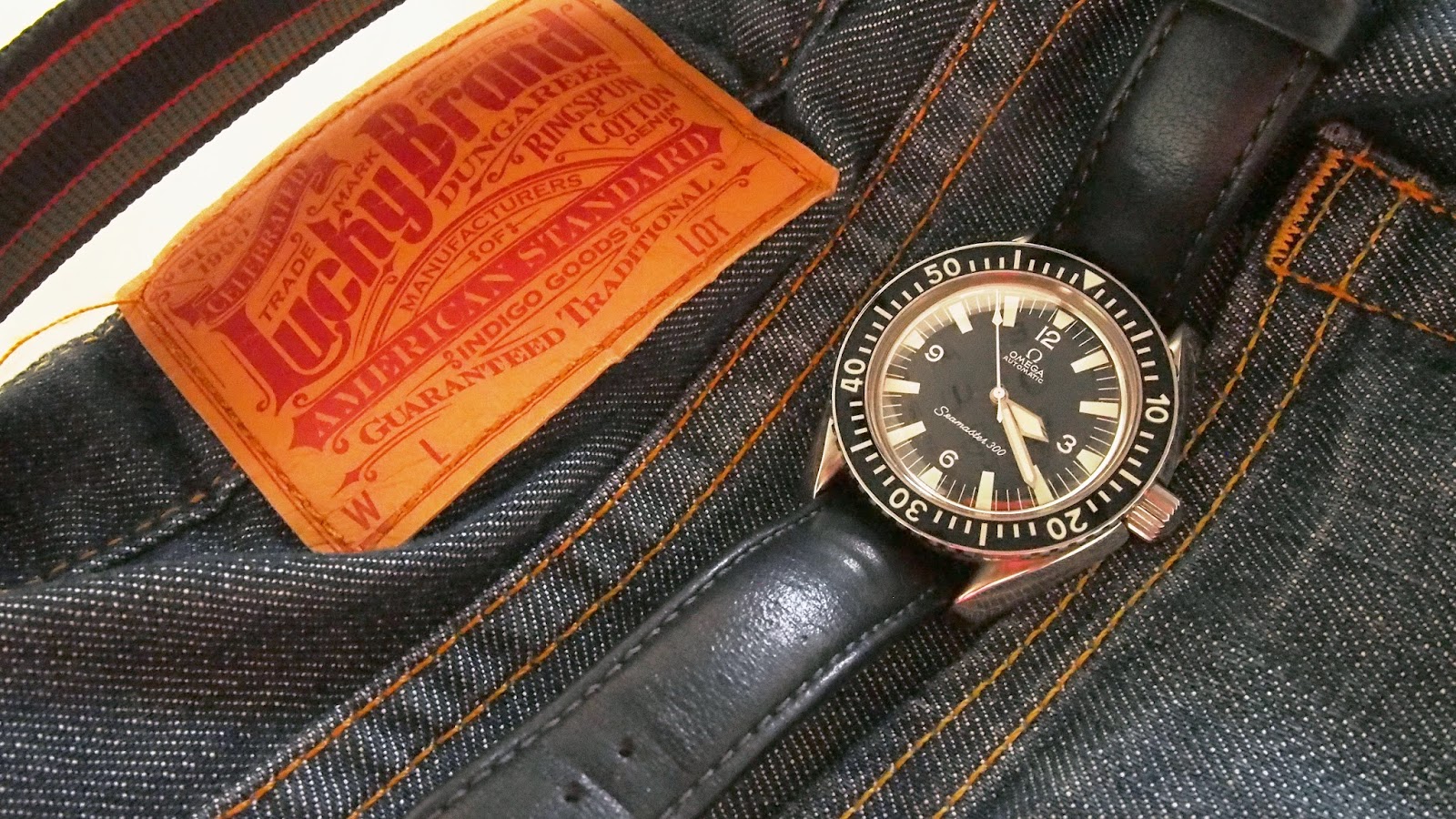 Monday
Spent the better part of the weekend attempting to log on to do the ACER Test. That's a literacy, numeracy and abstract reasoning test that, for some reason, I'm supposed to complete as part of my course requirements. As far as I knew, I thought it was for new students with English as a second language, but there you go.
So, on Monday morning, I made the half-hour drive to school in an attempt to try accessing this test on one of their computers on-campus. No luck. I still couldn't log in, so I called IT and they said they'd send me detailed instructions on three different methods for logging on. Later that night, I tried all three methods without success. I wrote them a semi-dirty e-mail stating that I was happy to do the test and that they should make it accessible, since this was now beginning to take up time that I could better utilise elsewhere with my studies.
Finally, on Tuesday morning, I got an e-mail with a code that I could use. This did the trick. I spent about 90 minutes doing the test, but didn't finish it. But at least that's one minor headache taken care of.
A lady from a venetian blind company came around to look at some faulty blinds in our lounge room. She said her company can't fix them. The company that made them for us 12 years ago went bust some time ago. The search for a repairer continues.
I wore the Rolex Submariner;

The matching NATO strap and belt are perhaps
as far as I go towards matching watch strap and belt. Some guys will always insist that one must match shoes, watchstrap and belt with the same leather. I have other, more pressing matters on my mind at any given time. 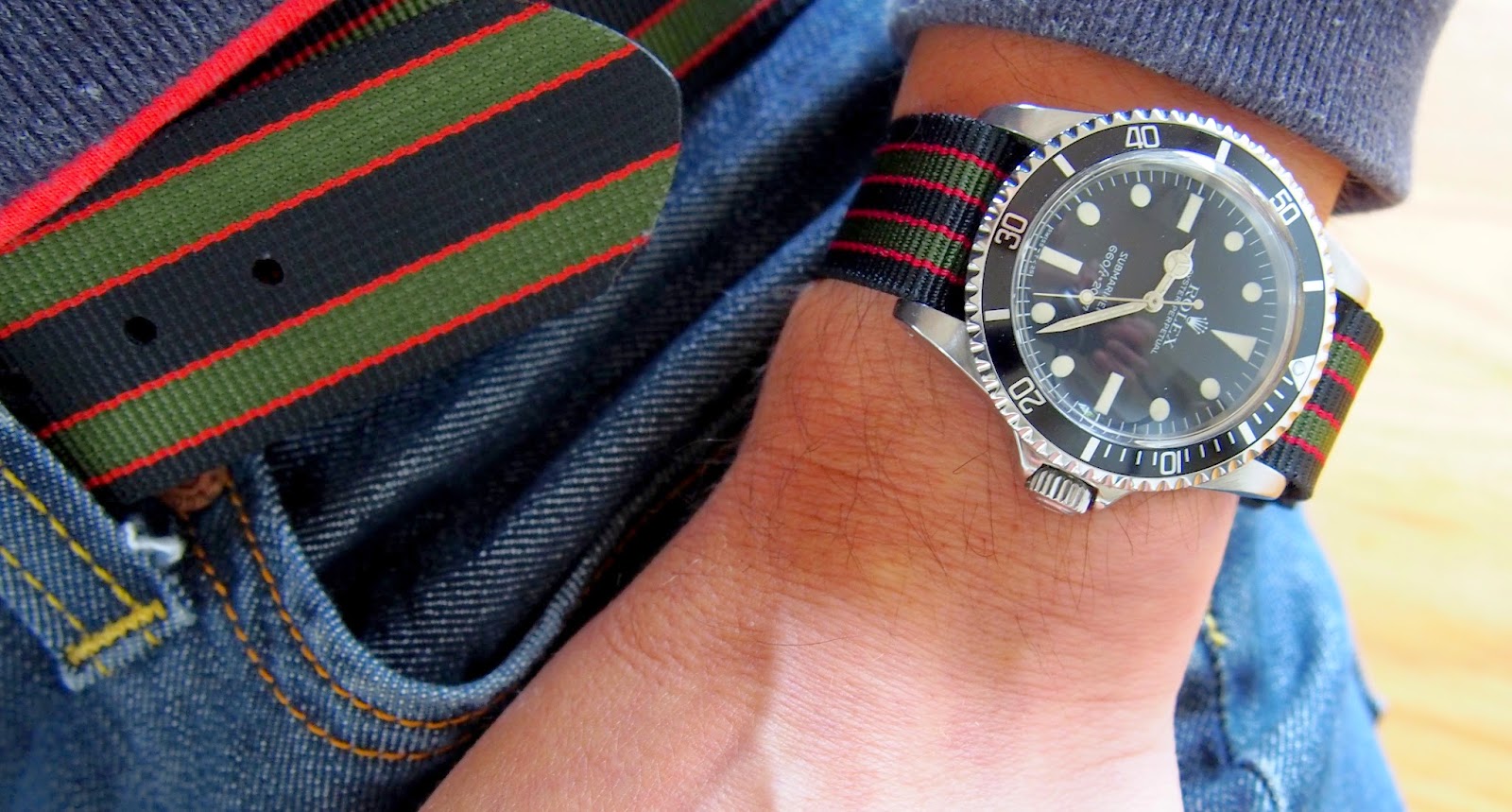 Tuesday
We ordered a new front screen door on January 23rd and have heard nothing more from the door company. I called them to ask on its progress. They said they'd check and get back to me. Like I said last week, I'm not too fond of the levels of service that I'm getting from tradespeople at the moment. Not much has gone to schedule and there have been a few too many instances of  "yeah, we'll call you back" and then they don't.
Time to get a little more assertive and maybe get a few of their promises in writing.

Wednesday
My wife got the wooden ladder out of the garage as we continue to get the house ship-shape for the imminent open-for-inspections. I went back into the house to get a screwdriver. That took me less than thirty seconds. When I returned to the backyard, this is what I saw; 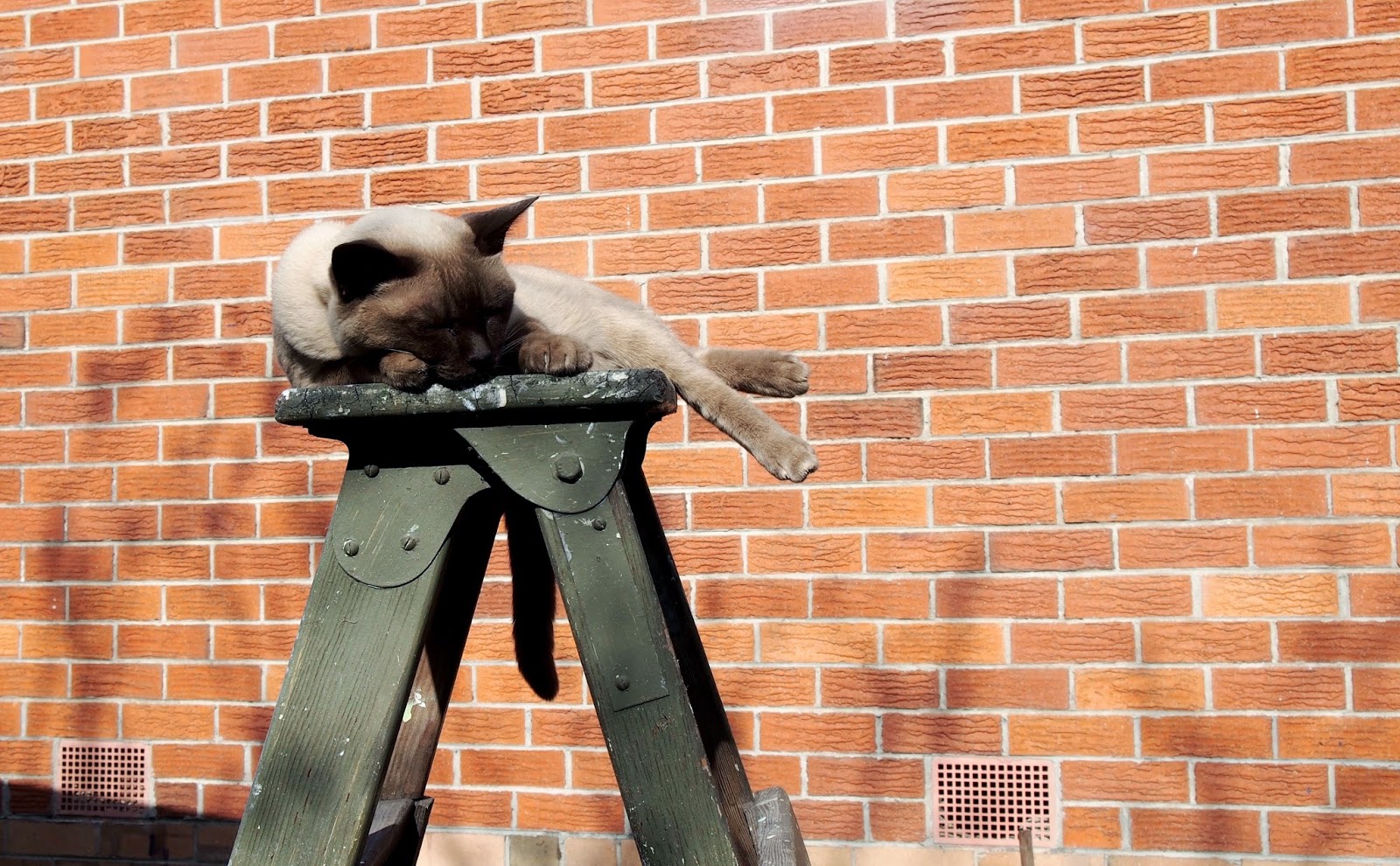 I headed into the garage to get the aluminium ladder. What a friggin' life!

Very interesting news about the upcoming publication of Harper Lee's previously unpublished work, Go Set A Watchman. Although, there have been concerns raised about whether Lee's permission to publish was granted willingly and/or lucidly or not. There are some quarters who feel that Ms Lee may have been taken advantage of or been made to agree to publish without being made aware of all the legal aspects associated with her decision.
See this widely-read article: Jezebel.com- Be Suspicious of the New Harper Lee Novel

I read an article in Vanity Fair about how her former agent, Sam Pinkus, stole the rights to her classic novel. This was a convoluted affair and was settled in court in 2013, but it shows that there are some folks out there who are willing (and able) to take advantage of Lee without a second thought.
I only hope that this new book doesn't attract a new reef of sharks.

Still, this is big news. I just asked my wife; "Hey, how many times have you read To Kill A Mockingbird?"
"Oh...", she said and paused to think for a second.
"...probably twenty", she replied.
She has four or five different copies of this book.

Thursday
We decided to spend the next two days on all the little odd jobs left to be done. I decided not to do any painting and grabbed the drill instead. Off came the Submariner and on went the Seiko 7002; 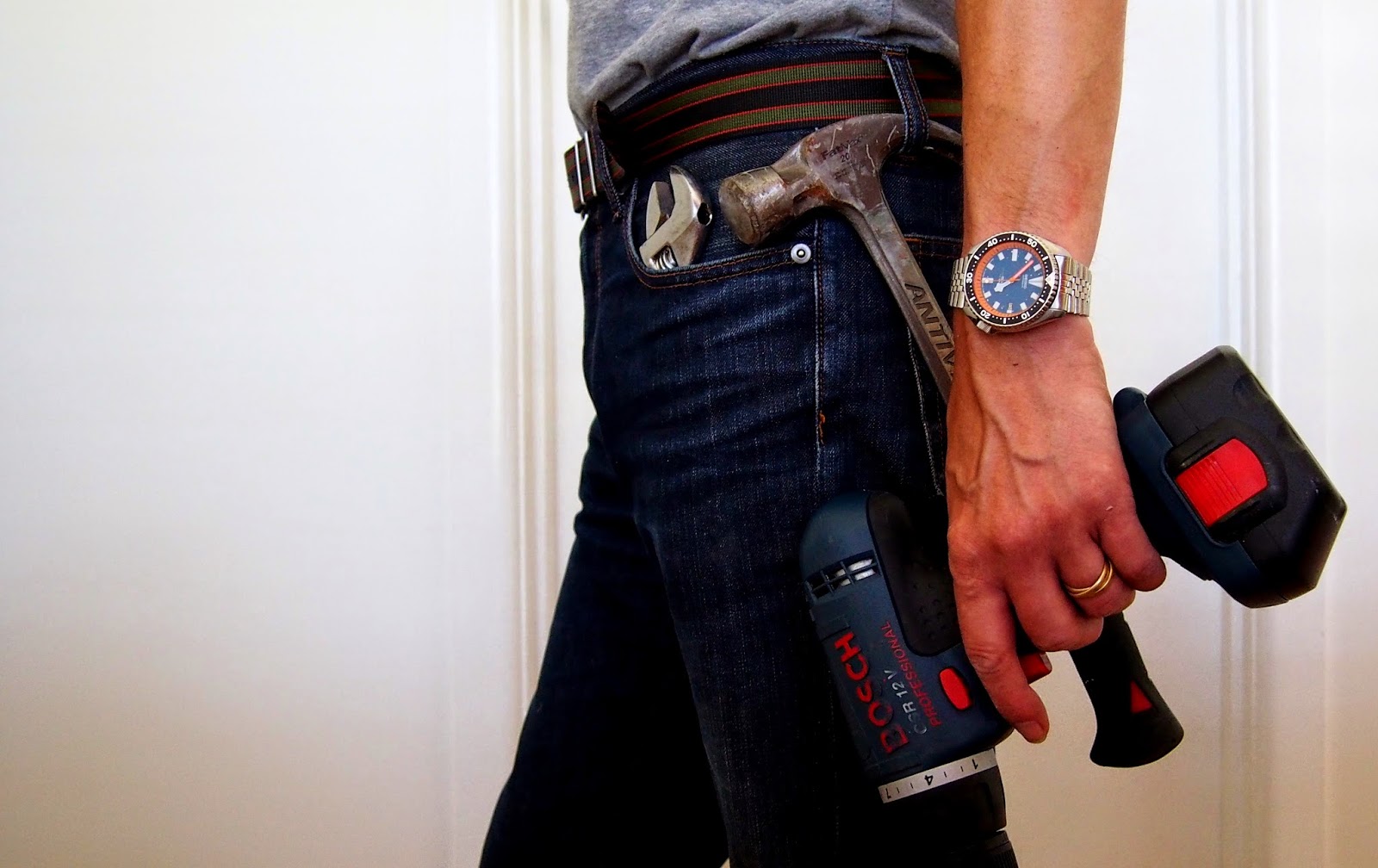 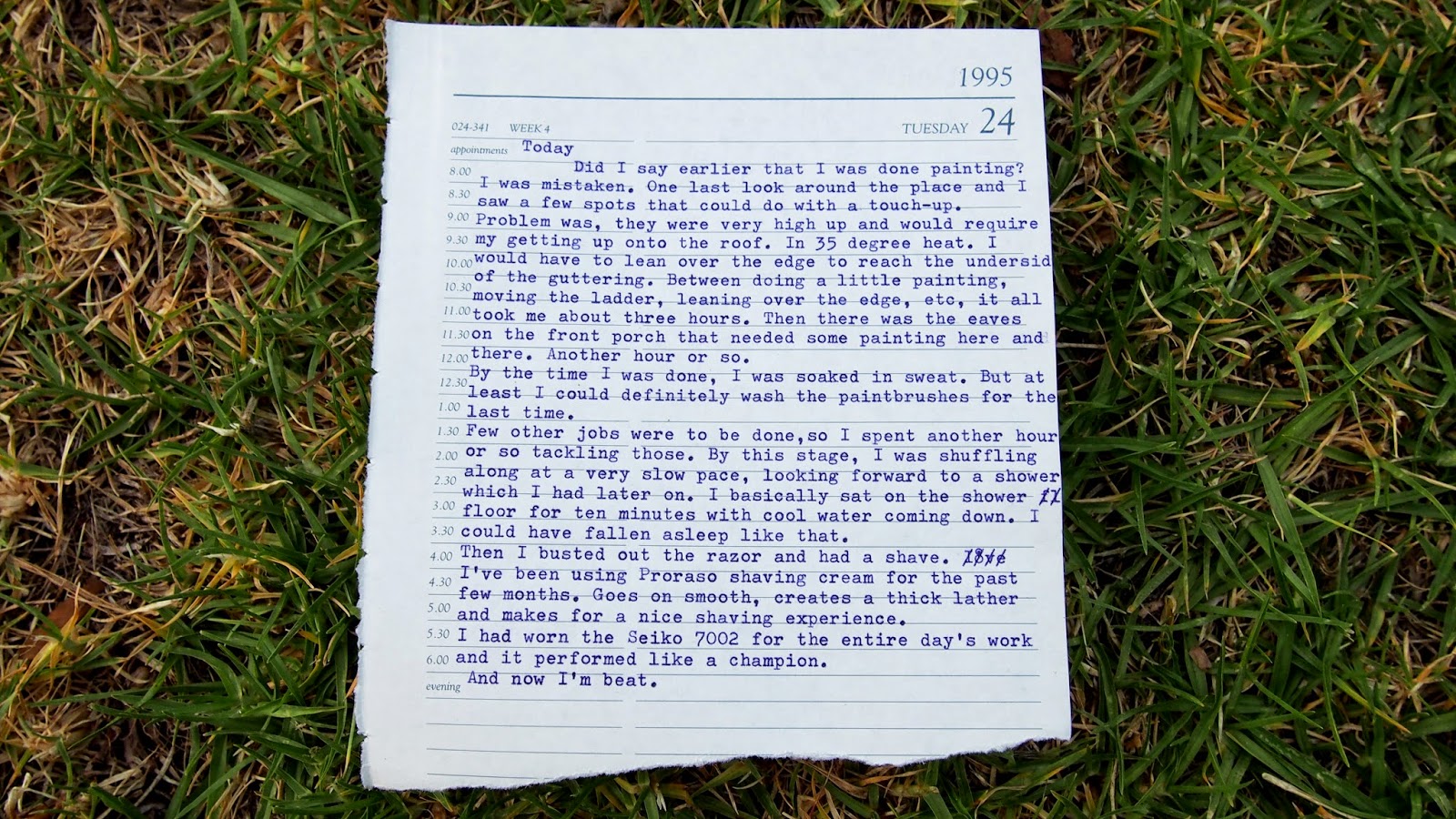 Needless to say, the front screen door saga is dragging on. The installer arrived yesterday to measure up the doorway. He said he only got an e-mail from the company on Monday (Feb 2nd). We paid the deposit on January 23rd. They told us it would be supplied and fitted in approximately 3-4 weeks.
This morning (Friday), I called the customer service number that I was given and the lady on the phone said she'd look into this, put an 'urgent' on it, and call me back. That was at nine-fifteen in the morning. I called her back at 3:40pm, since I hadn't heard from her. Never a good sign. I had to jog her memory regarding what I was calling about. She told me (natch) that she'd have news for me on Monday. She said she'd find out how long it would take and she would call me back.
I'll be calling her around 2:00pm on Monday and the news had better be good.

Anyway, enough venting. It's eight thirty-five pm and I am exhausted. My back is killing me. I got a few new bruises on my shins and forearms. My body feels like it was thrown from a moving car.
But I get get a little bit of a suntan while I was up on the roof today.
The glass is half-full, Teeritz, the glass is half-full!

I already mentioned that I had a pleasant shave after the shower; 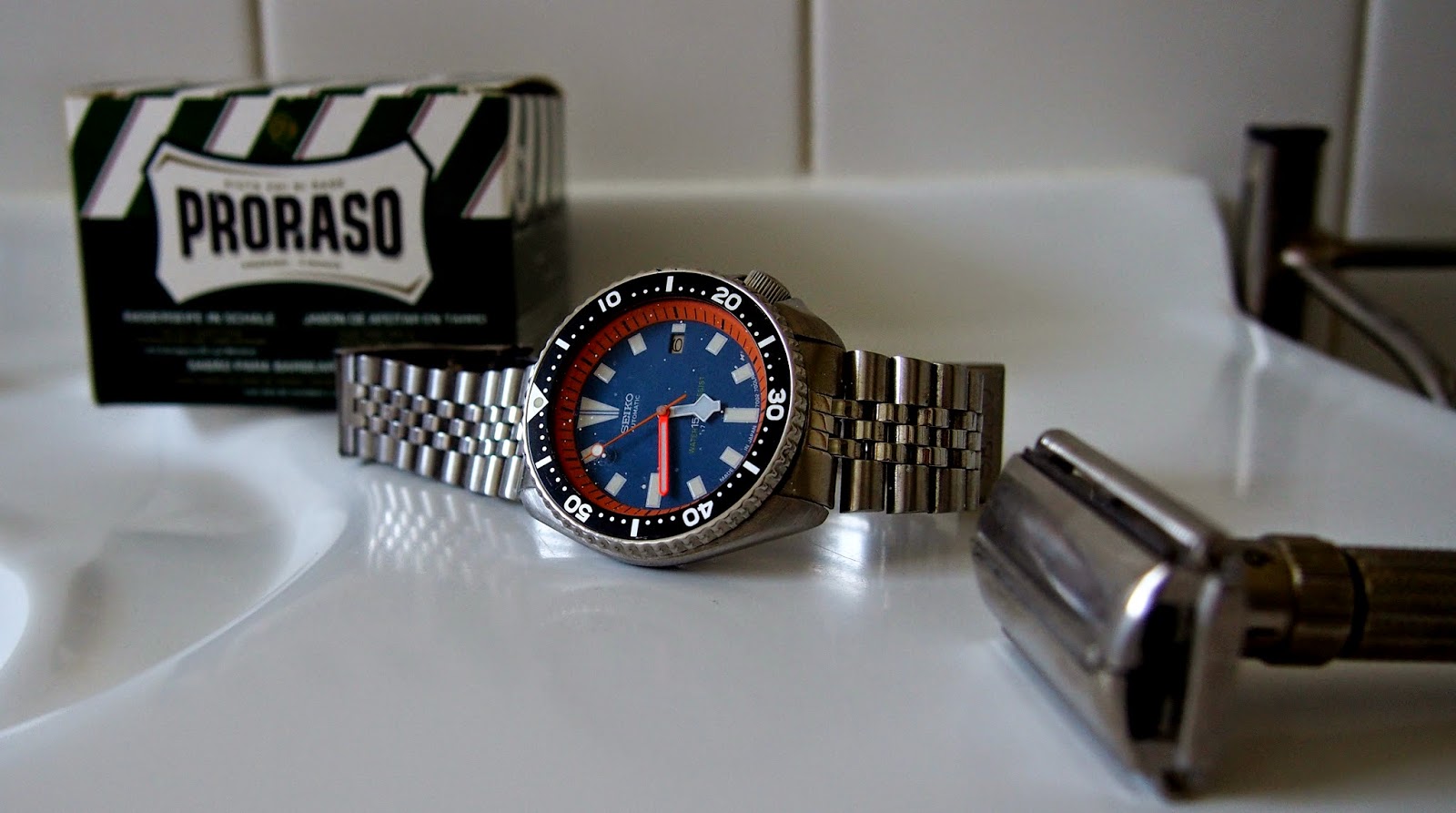 Then I had a beer while I waited for my pizza to cook. 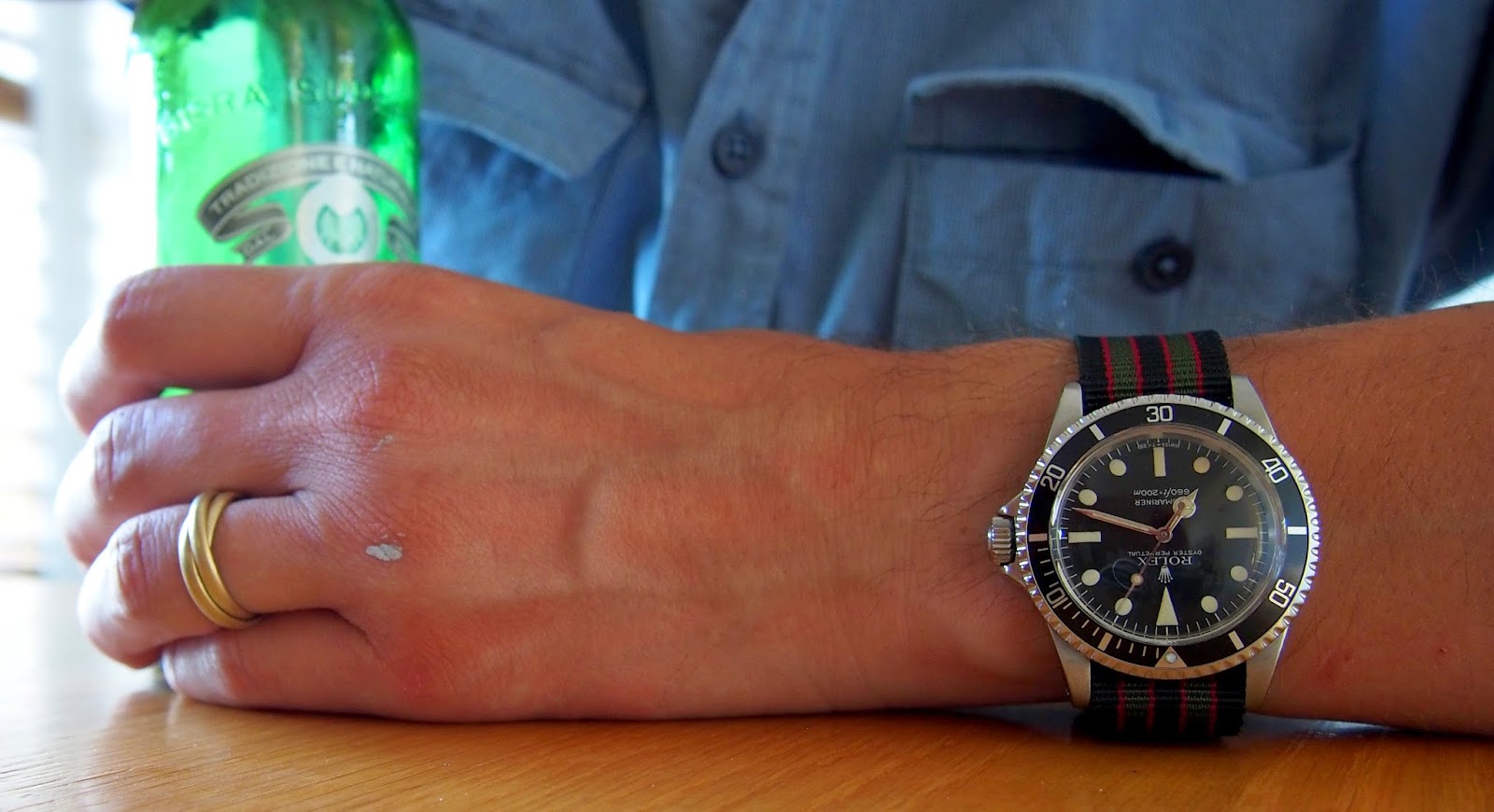 I put the Submariner back on, but I thought I'd switch back to its metal bracelet; 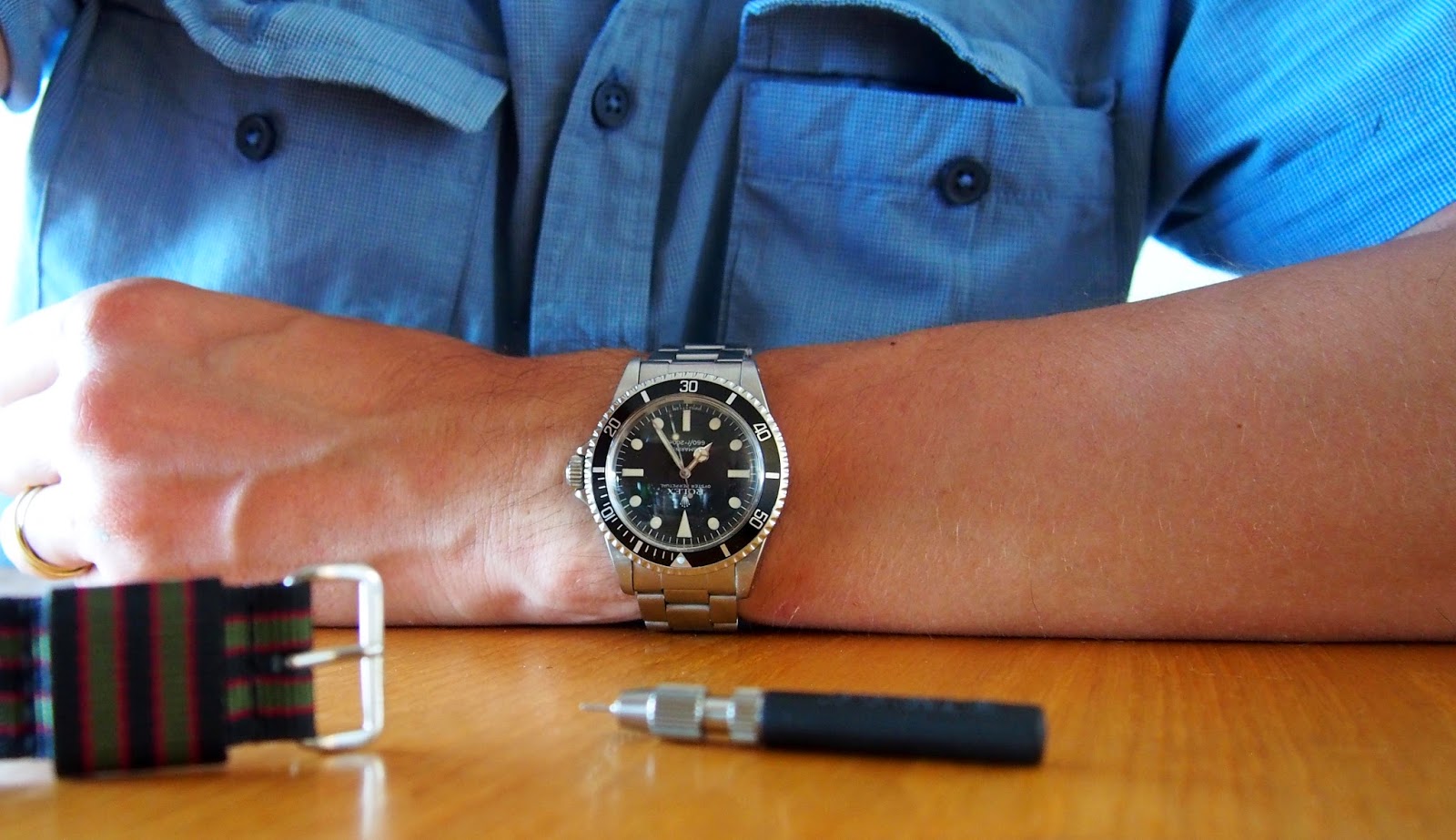 And that's this week taken care of.
Thanks for reading and have a great weekend!