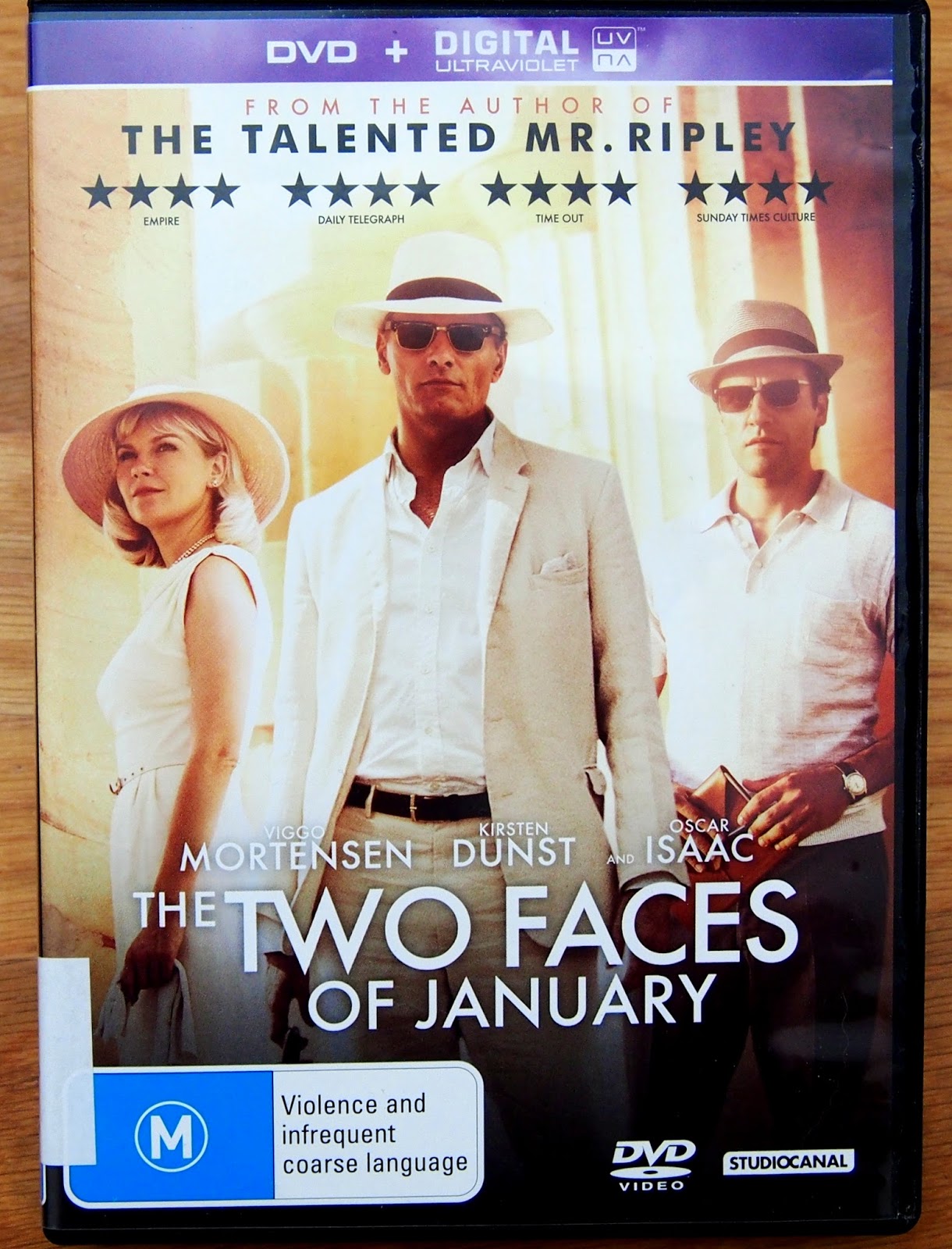 Watched The Two faces of January (Dir: Hossein Amini, 2014). This was a good film, based on a Patricia Highsmith story. She had a great way of creating amoral characters. Viggo Mortensen does a great job as a stockbroker travelling the Greek Islands with his young wife, played by Kirsten Dunst, when they hook up with a shifty tour guide played by Oscar Isaac. The cinematography is nice, the wardrobe is superb.
We figured we'd take a break from slam-bang action films since my son was staying over at a friend's place and we felt that this might be the kind of film that our daughter may find interesting. It didn't knock her socks off, but I think she liked it. As parents we can sit there and tell our kids about the kinds of things that people will do in order to get what they want, but sometimes a movie, even though it's all make-believe, can encapsulate an idea more succinctly and lead to further discussion afterwards about why somebody did what they did.
"But why did he such-and-such?"
"Because he knew that would etc, etc."
The idea is to make our kids think. Especially in an age where there are too many mindless distractions available. 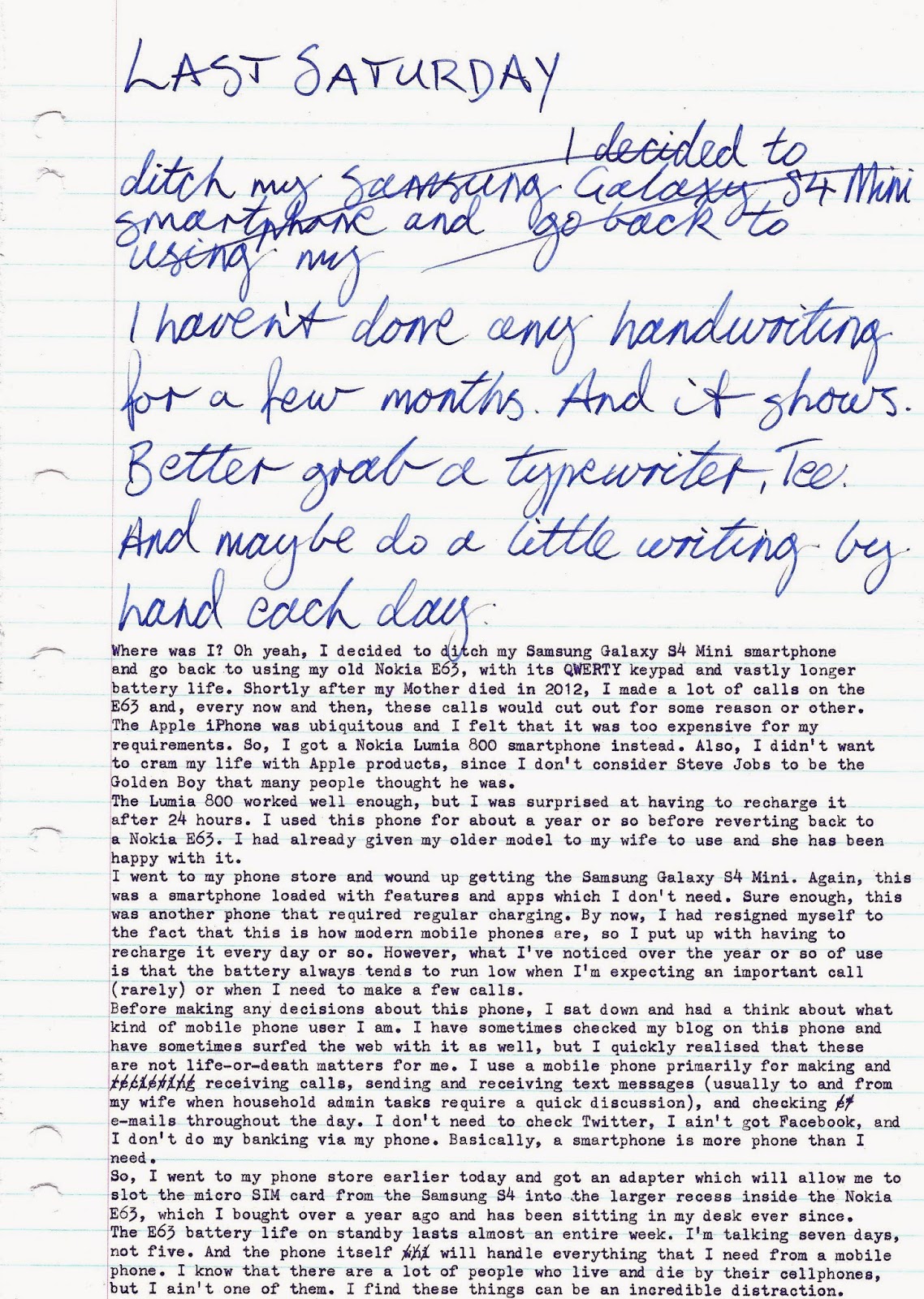 Wore the Omega Railmaster for the weekend; 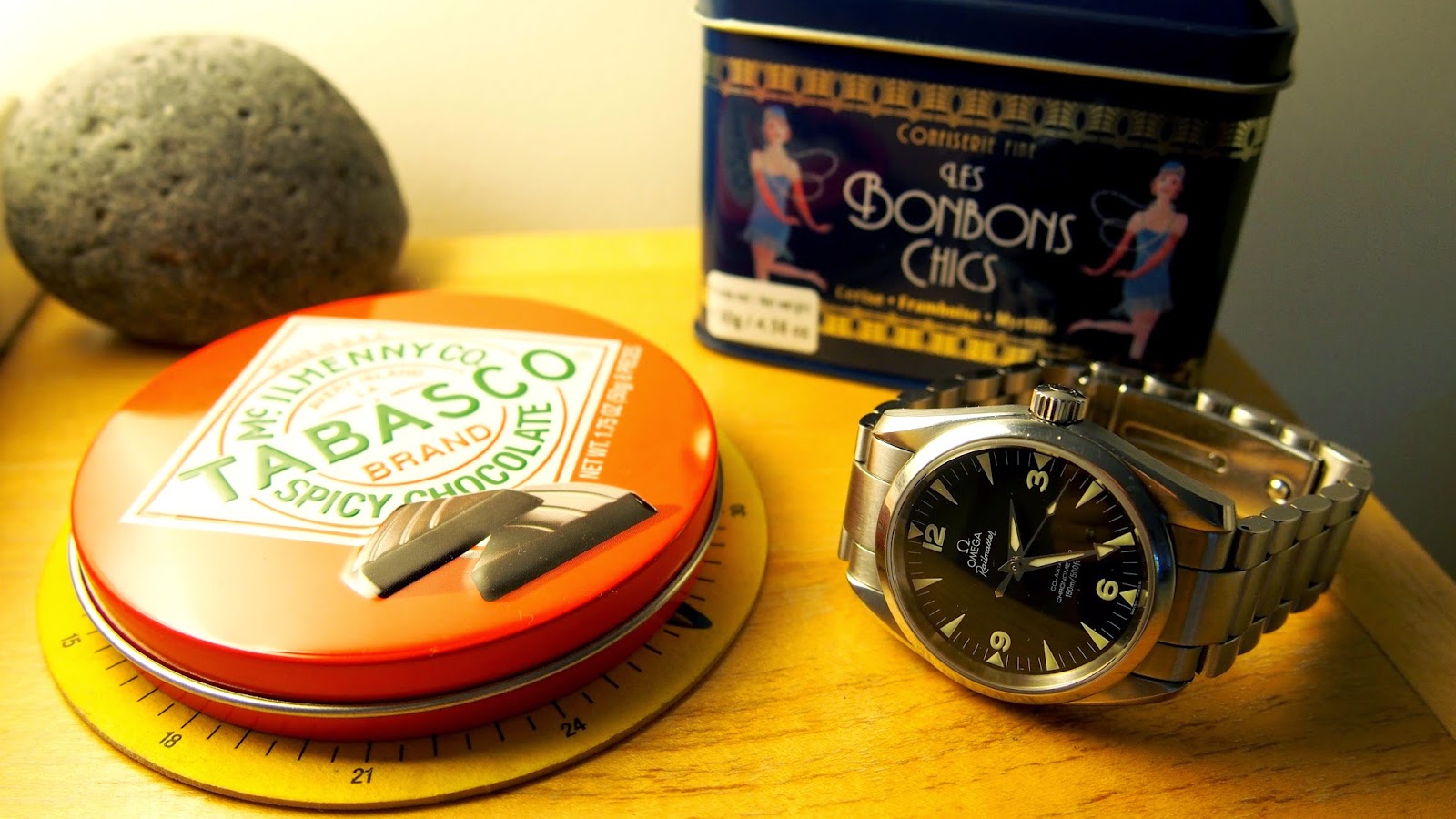 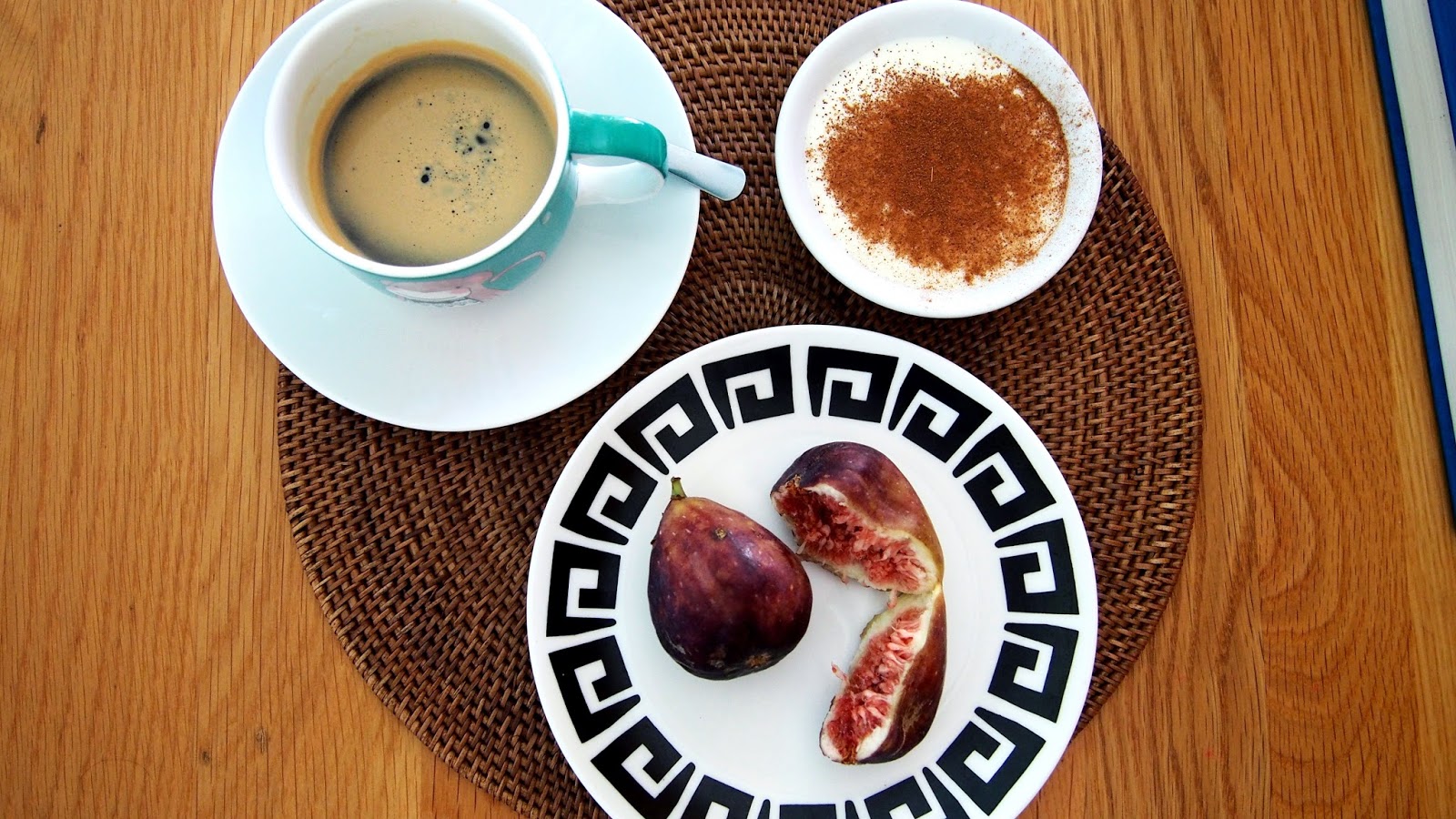 Switched to the Omega Seamaster 300 on Monday. Wore it on its leather band until late Tuesday afternoon; 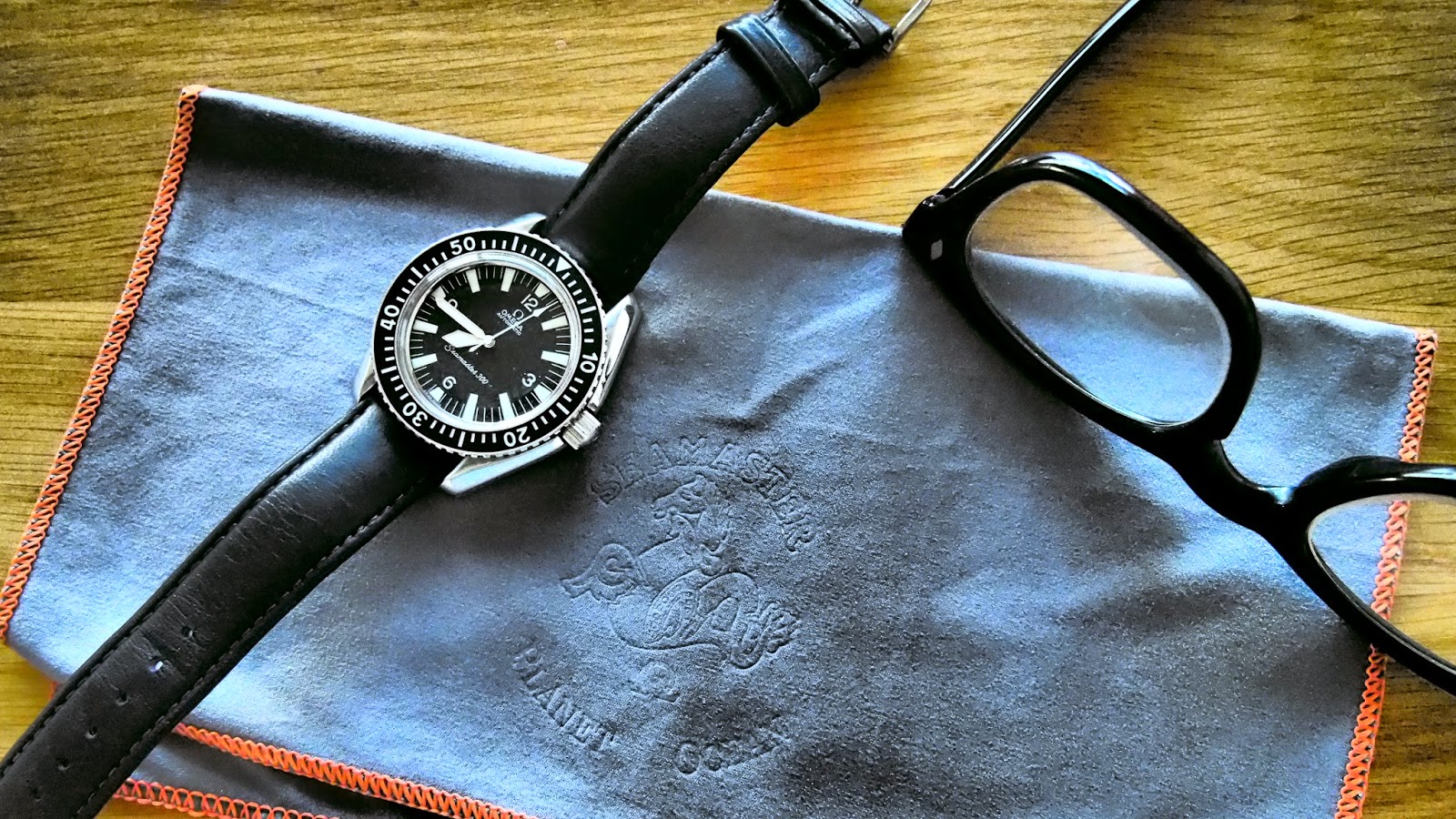 Before switching it over to the more comfy mesh bracelet once the weather began to warm up again. 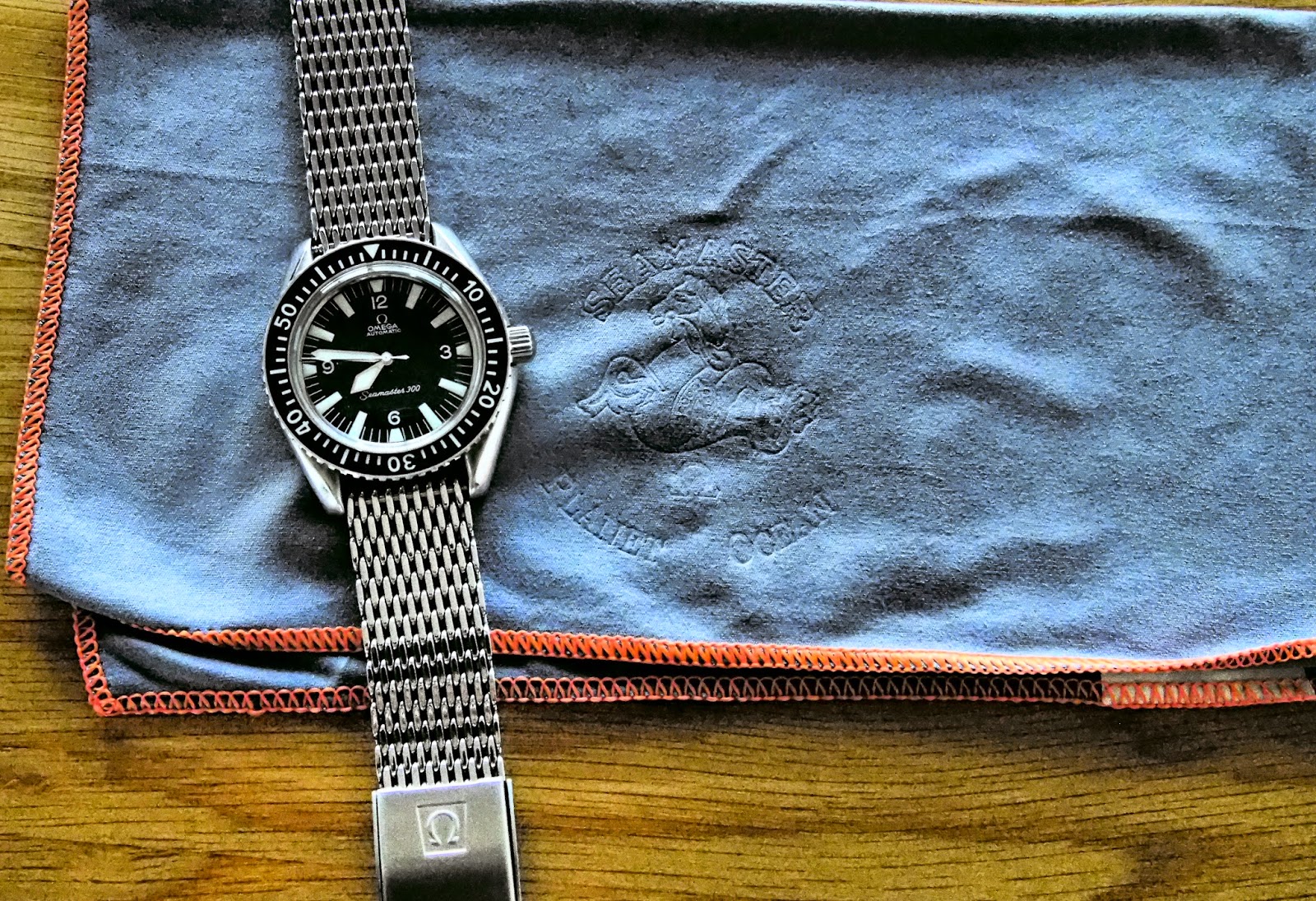 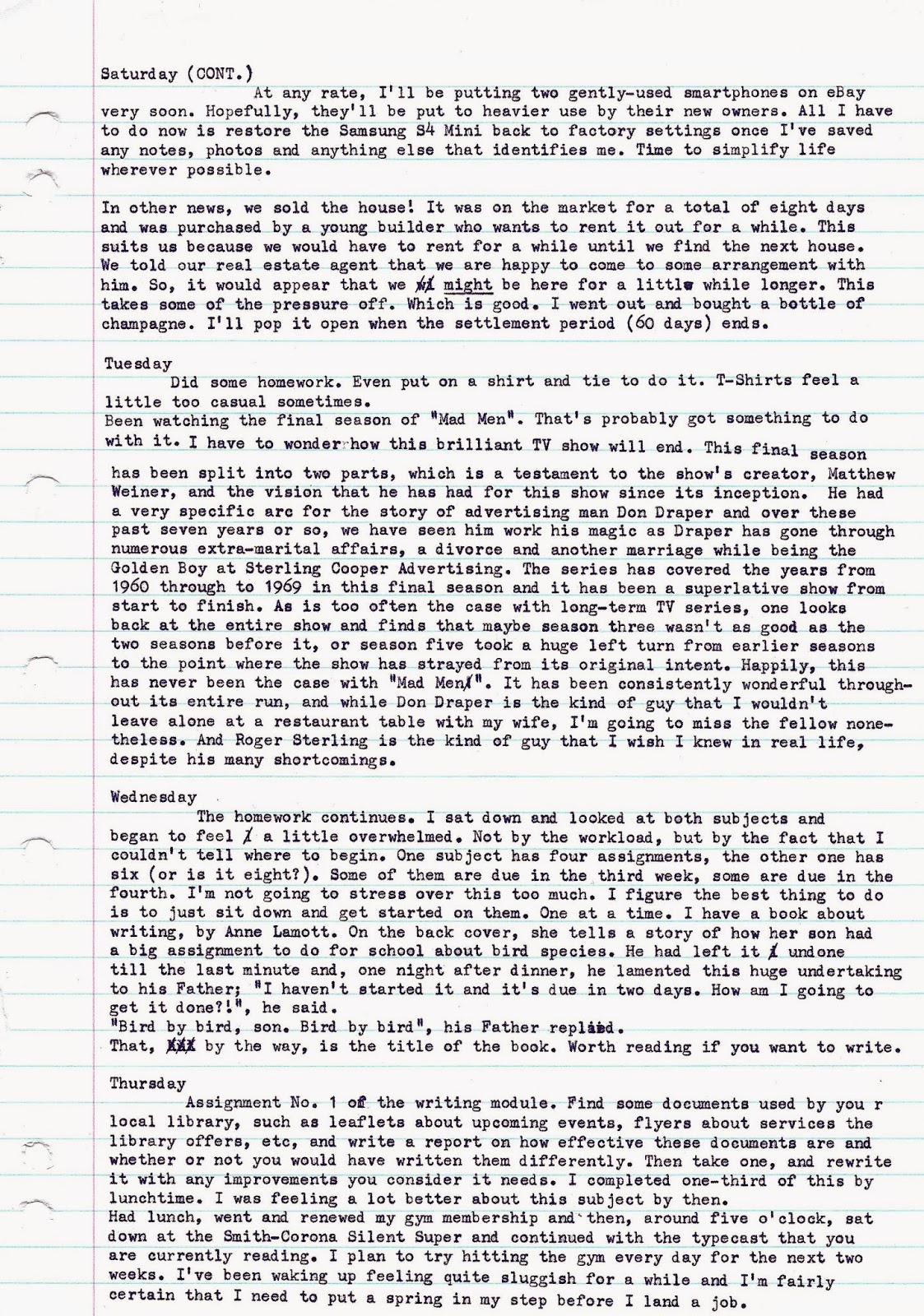 Thursday, more homework and on went the Submariner; 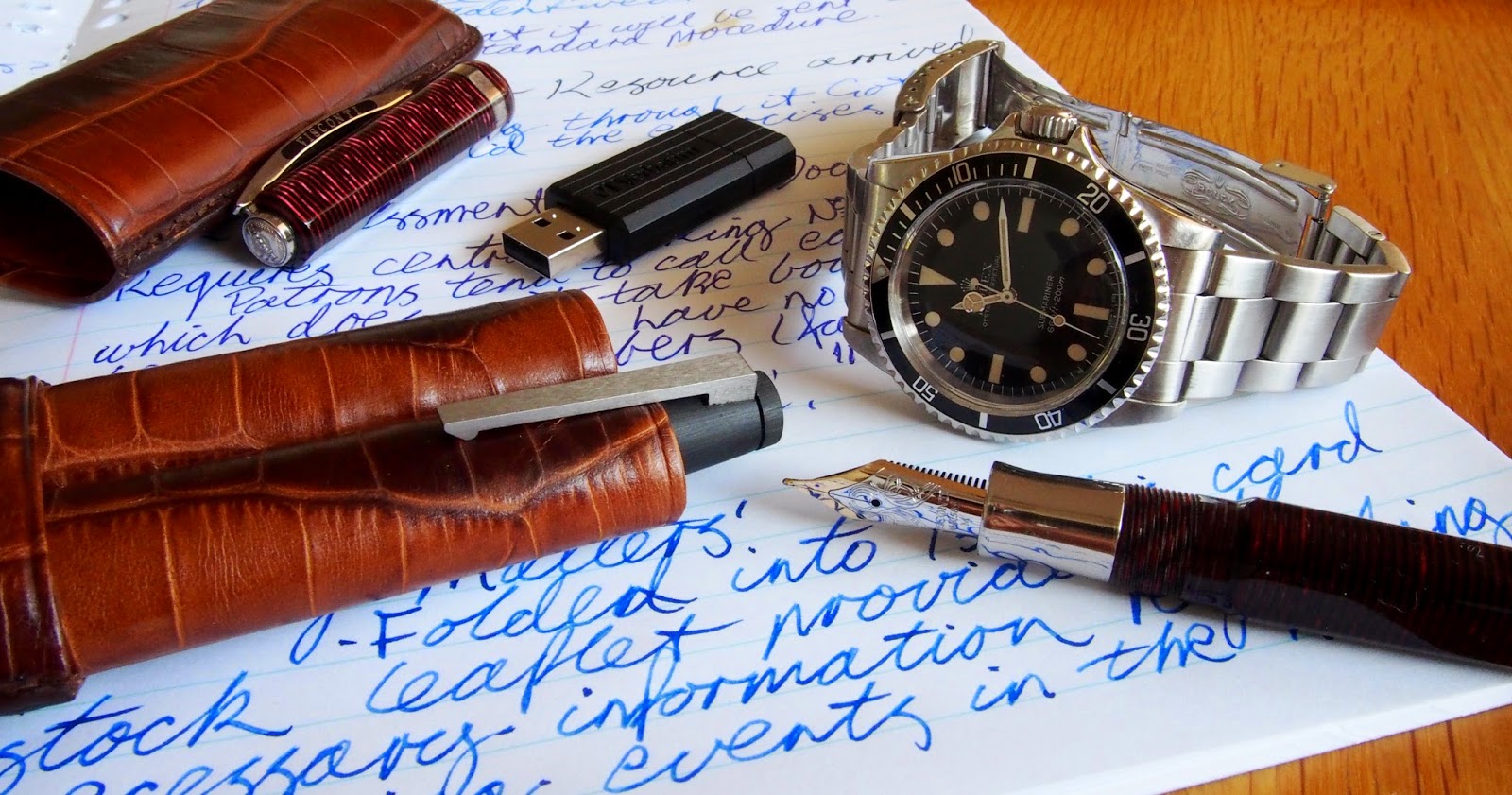 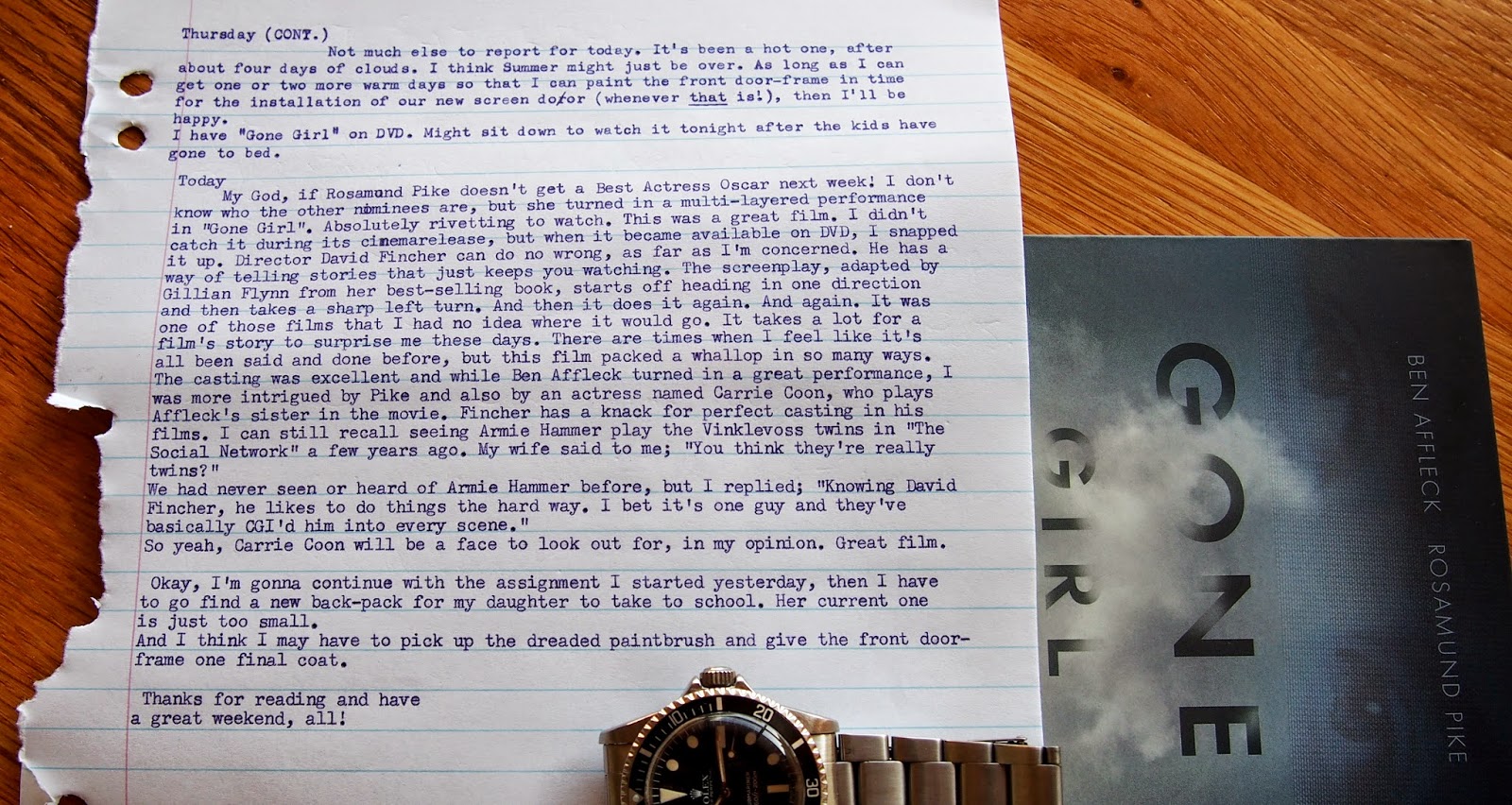 EDIT; 12.35pm- I've just had a look at the Best Actress Nominees for the Oscars next week. I think it's a toss-up between Julianne Moore and Rosamund Pike. Moore might get it because she's paid her dues and is consistently perfect. Pike could get it because she's seemingly come out of nowhere. I forgot to add to my typecast that I didn't think much of her as the Bond Girl in the dreadful Die Another Day back in 2002, but my recollection could be clouded by how bad that film was.

However, she appeared in a supporting role in An Education (Dir: Lone Scherfig, 2009), the Carey Mulligan film, and she was very adept at playing a ditzy English party girl. I'm glad to see that she didn't disappear without a trace after her Bond role.
I think she's in with a very strong chance at getting a little golden statuette next week.

Thanks for reading!
Posted by teeritz at 17:24