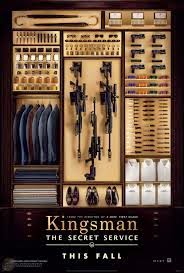 We went to see Kingsman- The Secret Service.  I thought it was a great romp. Colin Firth gets to do his Bond schtick to great effect and there's one controversial scene in it that has gotten a lot of attention since the film's release. However, there's a scene in the Third Act where a Swedish Princess makes a tasteless suggestion to the film's hero and this piece of dialogue spoils the film a little, in my view. I'm no prude, but it just didn't belong in this film. I'll say more about it in a short review next week.
Aside from that one scene, the rest of the film was very good and a quite clever nod to the Bond films and Sixties spy movies in general.

The 'For Sale' board went up in our front yard last Friday. Around midnight, some young punks who live further down the street in a Housing Commission rental decided that the board could use some graffiti, so out came some Textas (Magic Markers). My wife was positively incensed and she went out there to find five or six of them standing on the street outside our house. I followed.
"Are you guys right?", she asked them as I approached. The guys dispersed and began walking away.
Do I need to call the police?", she added.
One of them responded with "Maybe call an ambulance" as he continued walking away.
My wife and I turned to look at the board and that's when we saw all the graffiti. She wanted to approach them, but I told her that this would achieve nothing, and the last thing we need as we try to sell our house is to have a window broken or some other damage. We could have called the cops, but then what? The guys would know that we did and they might still come around to cause trouble for us.
So I got an old cleaning rag and some methylated spirits and two minutes later, the graffiti was gone. It's a tricky one, isn't it? On the one hand, I would have liked to call the cops because this street isn't the Wild West and these punks aren't outlaws that everyone is too afraid to deal with. On the other hand, I just want to sell this house without any fuss or retribution from a bunch of unemployed kids.

Meanwhile, I was wearing the Rolex Submariner 5513;

Monday
Contacted the customer service department of the store that we order the screen door from. They told me that the door is approx three weeks away. I reminded them that I placed the order and deposit back on January 23rd and was told it would all take 3 to 4 weeks. They explained that it "is 3 to 4 weeks from the date of 'check measure'", which is when the installer comes over to measure our doorway. I told them that this was not explained to me when I placed the order. They told me they'd have a word to the person at the store. That's all well and good, but it still means that this entire order will take six weeks or so from when I first made the deposit, since the store didn't follow-up on the undelivered e-mail that they sent to their installer after I placed the order and I had to call them back a week later to find out where things were at.
I explained to them that I could have gone with their competitors, who are a four-minute drive from my house, since they had a five or six week turnaround.
It all irks me because, when I made my initial inquiry with this store via e-mail, it took them a week to get back to me. And, throughout this entire sage, nobody has offered any kind of apology for the inconvenience caused. I would have been happy if someone had said at some point; "We're sorry that this has been a problem for you."
Having worked for 22 years in hospitality, plus a further fifteen years in retail, I learned long ago that a little bit of 'sorry' goes a long way. Many people in customer service these days don't offer an apology because they think they personally have nothing to apologise for, but what they don't understand is that it's not them apologising for anything they have done. It's them apologising, on behalf of the company that they work for and represent, for any hassle that the customer has had to endure. Whenever I found myself in a similar situation with a customer, I never took things personally. Delivery delays, mix-ups in communication, whatever. I would always offer an apology along the lines of; "I'm sorry that this has gotten out of hand to this extent and, on behalf of the company, I apologise. Leave it all with me and I'll endeavour to sort this out. And I'll keep you posted as to any new developments. As soon as I find out, I'll call you."
Simple as that. It ain't rocket-science, people. It's just good manners laced with a dash of empathy.
Rant over. 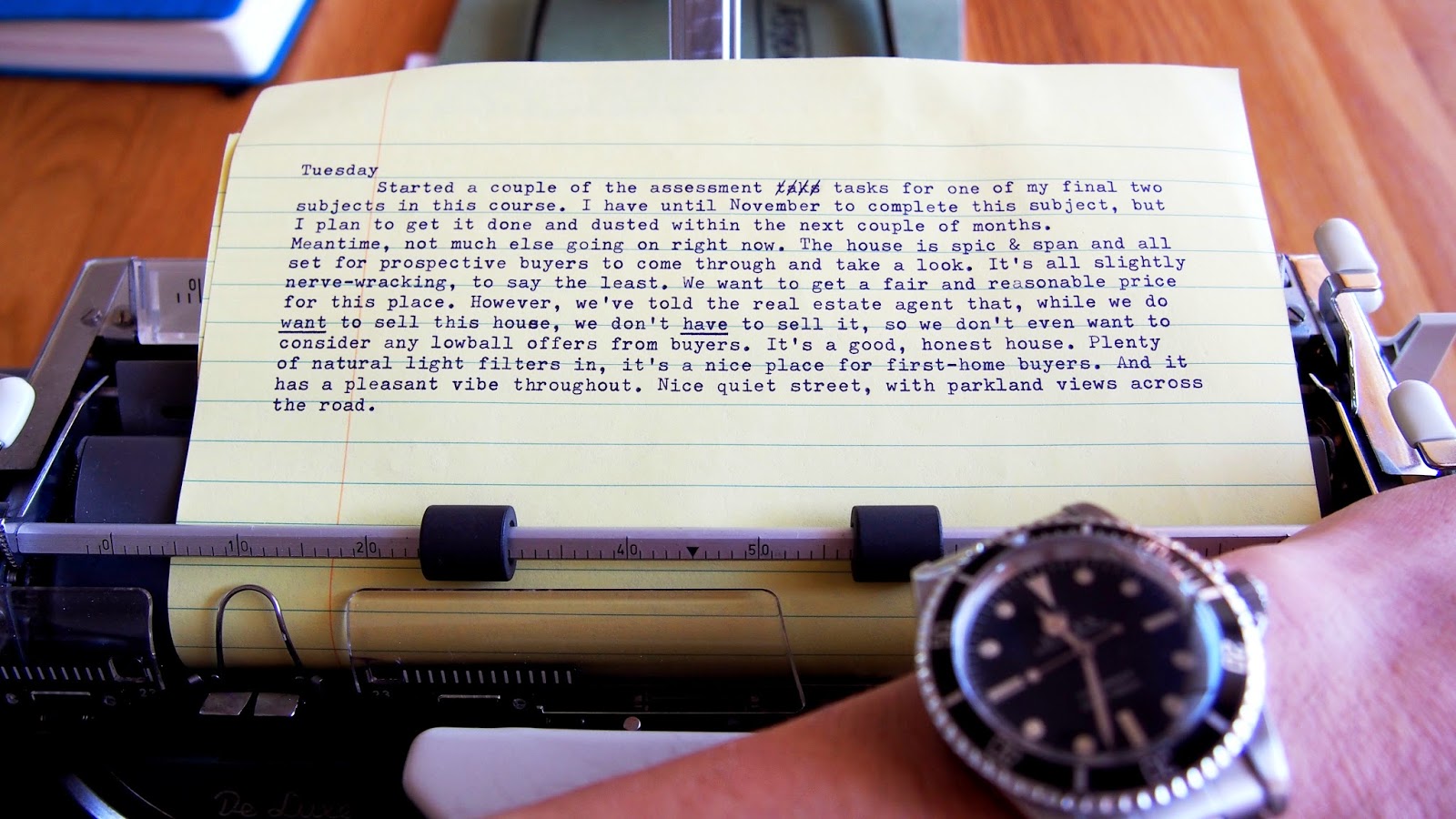 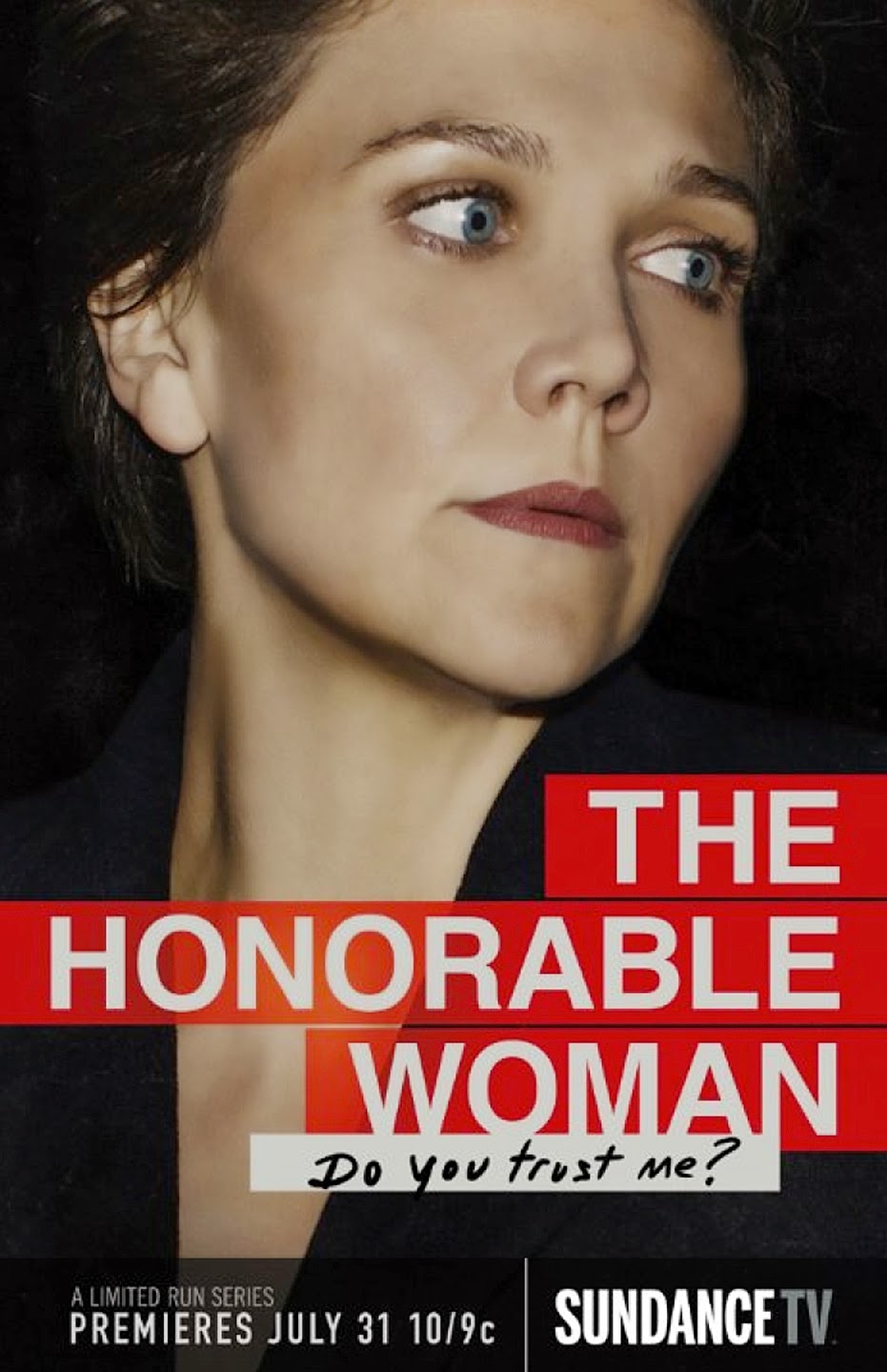 My wife brought home a mini-series called The Honourable Woman, starring Maggie Gyllenhaal. It centres on a woman named Nessa Stein, who inherits her father's business and has plans to build a broadband network running under the West Bank and Israel in an effort to bring peace and stability to the region. There is a helluva lot going on in this multi-layered story, which is replete with self-serving MI6 chiefs, shady business dealings, kidnappings and assassinations. It is told in a present-day setting, with numerous flashbacks to earlier events in the life of Nessa Stein. Written and directed by Hugo Blick, this series is a master-class in political/spy thriller story writing and Maggie
Gyllenhaal turns in an extraordinary performance in the lead role as the Jewish business heiress raised in England. Her accent is absolutely flawless, and her face and mannerisms betray all sorts of emotions as the layers behind her tortured soul are peeled away. We're just over half-way through and I'm very curious to see how this story will play out. The supporting cast is perfect, with Stephen Rea a particular stand-out as a George Smiley-type MI6 career man who goes about his investigation in a soft-spoken and world-weary manner.

Thursday
Headed into town to go pick up a pair of prescription sunglasses. You may recall from my post about spectacles...

...that I had a pair of RayBan Wayfarer sunglasses that I bought in the mid-Eighties converted into prescription specs. Well, I decided to get them switched over to prescription sunnies for driving. I went to collect them yesterday. Then I caught up with a few old work colleagues before going to one of the few remaining second-hand booksellers left in the city. Managed to pick up a near-pristine copy of Thunderball in paperback (I already have this printing, but what the hell) and a copy of The Doomsters, a Lew Archer story by Ross Macdonald. You may recall I was having some trouble finding any of his titles on the second-hand market. Still had the Submariner on my wrist; 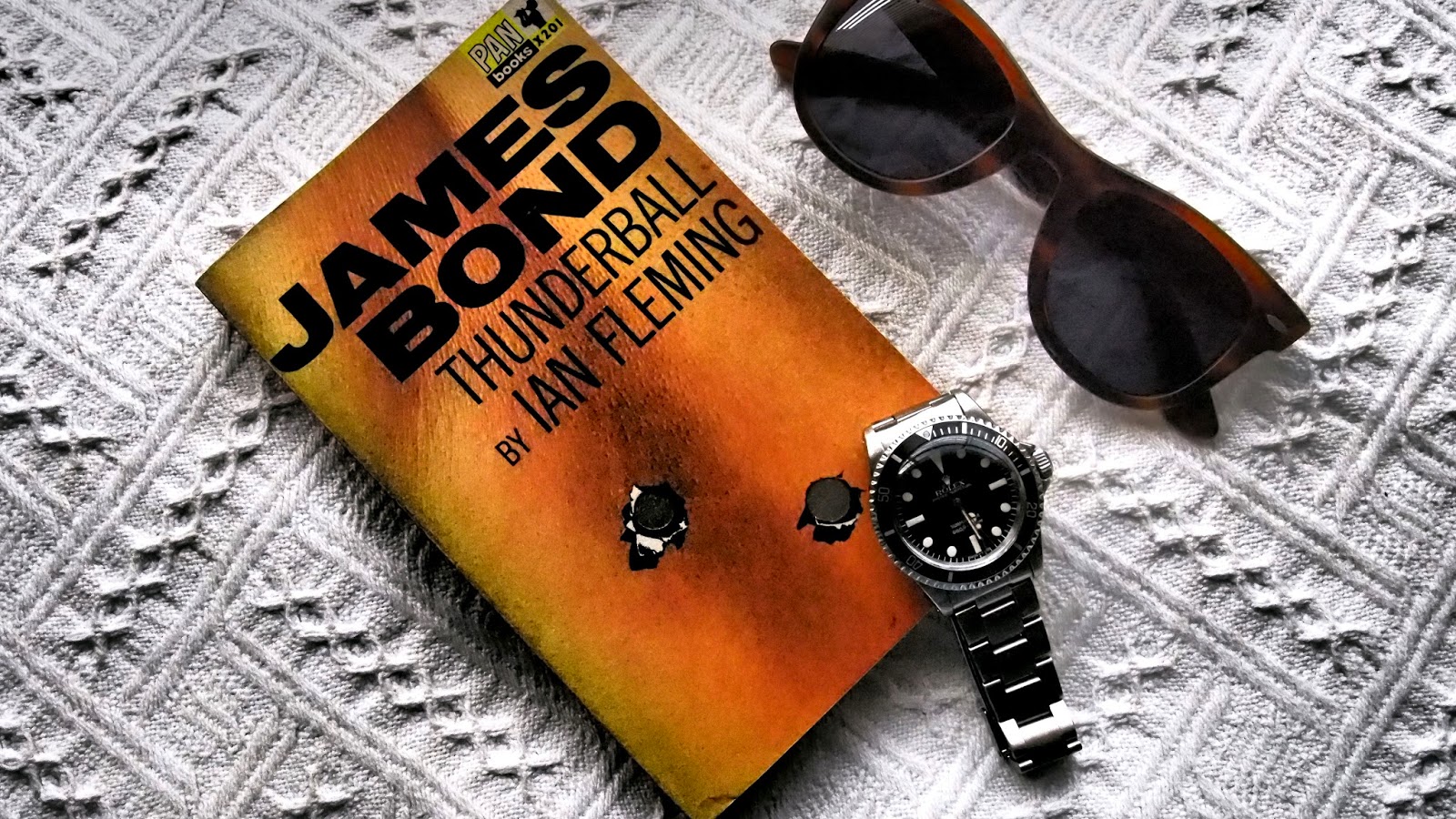 Dig those bullet holes on the cover. They're actual holes. Classic.

Today
Started writing this post. When I got to the part about the door, my blood began to boil slightly, so I grabbed the phone and called the store to voice my disappointment over this whole affair. The fellow I spoke with (whom I dealt with originally) explained that the door was on schedule to be delivered and fitted sometime next week or the week after. This I already knew, having spoken with customer service yesterday.
And then this guy said; "I apologise for the mix-up."
Finally! Somebody said it.

Anyway, that's it for me for this week. Gotta take some pictures of stuff to put on eBay. A reasonably quiet weekend coming up and then next week, I treat these studies a little more seriously and devote Monday and Tuesday to them as though I were in a classroom rather than on my computer at the dining room table. See how quickly I can get through these last two subjects.
Took the Submariner off my wrist this morning. Decided I should mix things up a little. On went the Omega Railmaster; 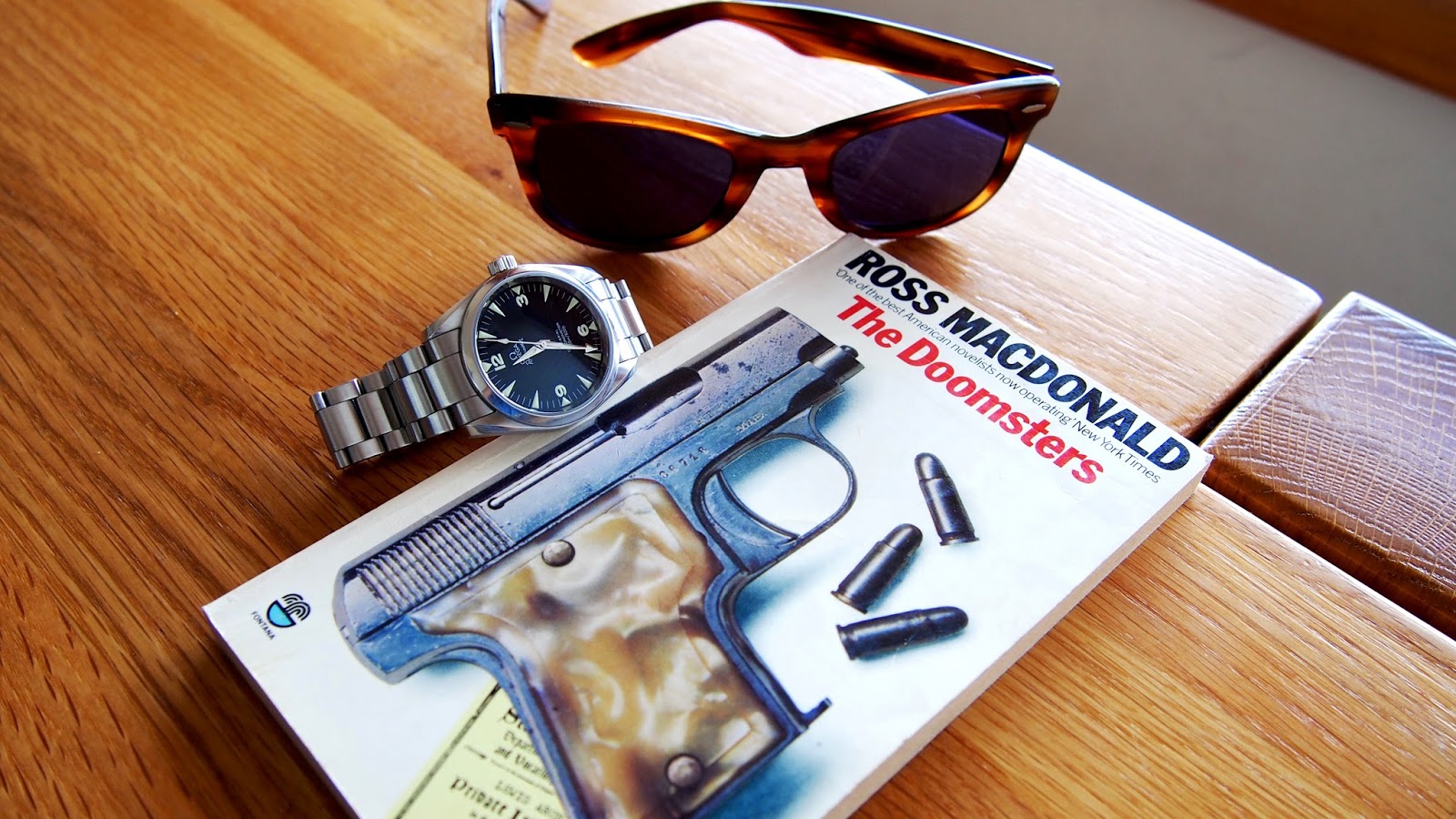 Thanks for reading and have a great weekend!
Posted by teeritz at 17:51