Can't say I'm in the mood for this week's entry. I've been thinking lately about these weekly watch posts. Not sure if I want to continue them to such a degree, since they do tend to take up a bit of time to write. Anyway, I'll see how I go.

Had a couple of bike rides last weekend with my son. Decided to wear the Seiko 7002;

Man, I don't know why these pics never rotate properly on my computer before I upload 'em.

Later in the afternoon, I checked this blog and found a new comment posted on a post I wrote almost a year ago; 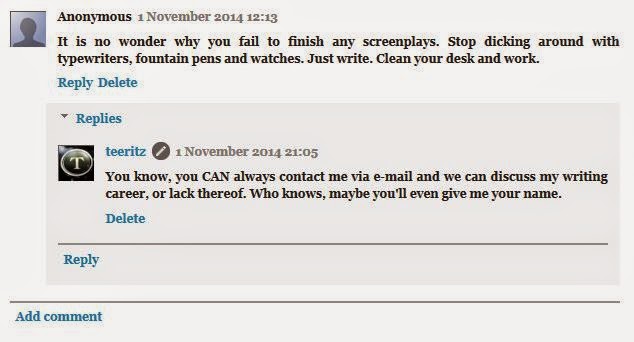 "What are you, my mother?" was my first thought. Would've been nice if they had left a name. Anyway, I can't worry about what somebody thinks. I have more important crap to occupy my mind. As it happens, I had another idea for a rom-com/screwball comedy screenplay yesterday while driving home from classes. Four main characters, two main objectives. As soon as I can figure out the motivation for two of those characters, there may just be enough in it for a decent story.
However, you know the old saying- dying is easy, comedy is hard.

Monday
Took off the Seiko and switched back to the Omega Railmaster from last week while I continued working on an Occupational Health & Safety Newsletter due in on Friday; 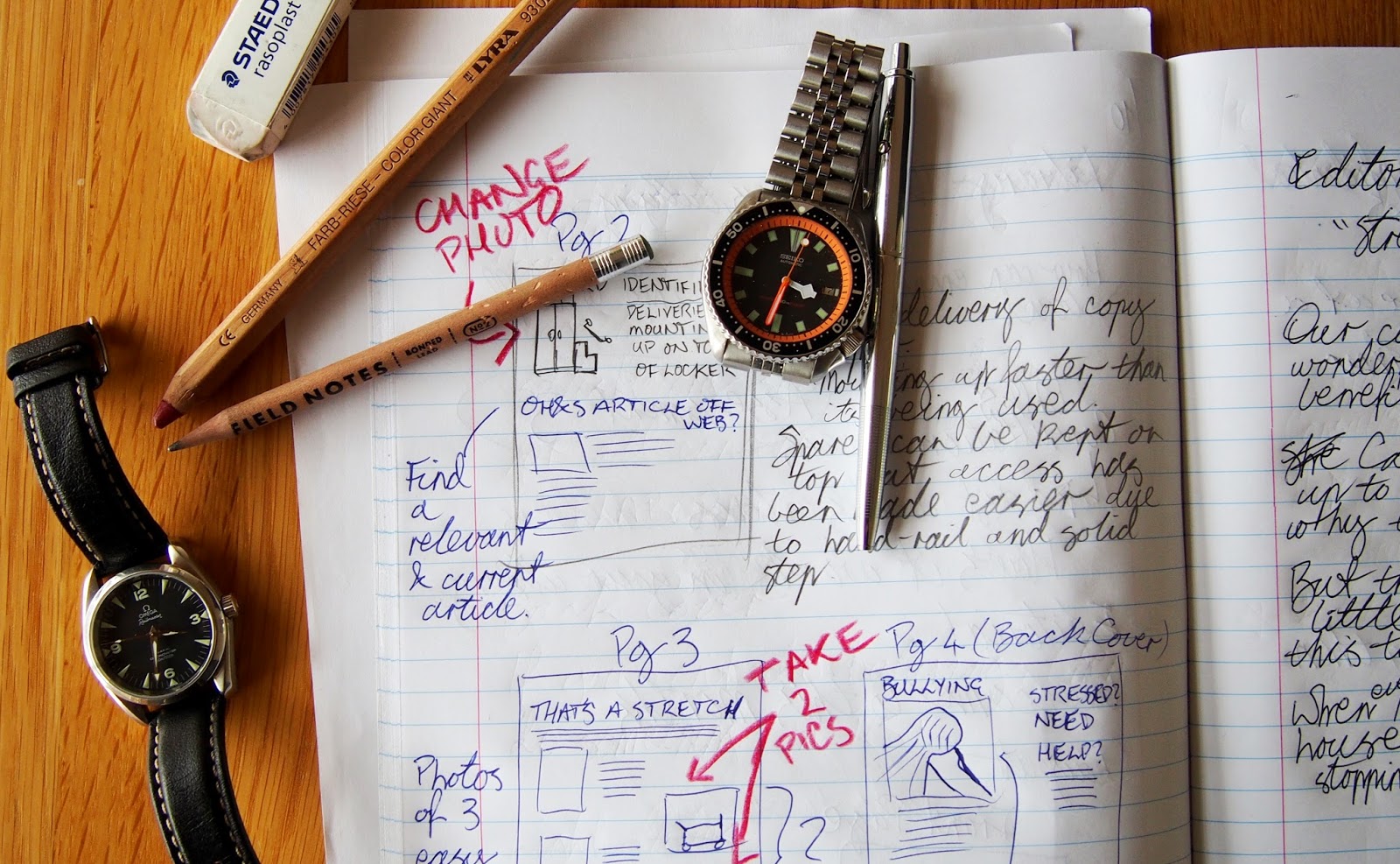 Tuesday
It was Melbourne Cup Day here. I put a few bucks on a few different horses. Red Cadeaux placed second. For the third year in a row, so I re-couped a little bit. This year's race was marred by a couple of tragedies. One of the favourites, Admire Rakti, collapsed in his stall and died shortly after the race. Another horse, Araldo, was being led back to the mounting yard after the race when somebody in the crowd waved a large, bright flag as he passed. This spooked the horse who lashed out and got tangled in a fence, breaking one of his legs in the process. The injury was assessed and Araldo was later put down.
There is big, big money in this race. Horses and trainers come to Melbourne from around the world to participate. However, I have to admit that I've always found it a little harsh on the horses themselves, what with the use of the whips and how these animals are pushed to their limits over the 3200m race, not to mention the rigorous training in the lead-up.
I would like to think that some major changes will come out of these two deaths, the sort of changes which take the welfare of these beautiful creatures into greater account.
And I'm not sure if I want to bet on these races anymore.

Today
Headed into town briefly. Took the Olympus OM2n with me, just in case I felt like taking some pics. I was wearing the Sinn 103 St Sa chronograph; 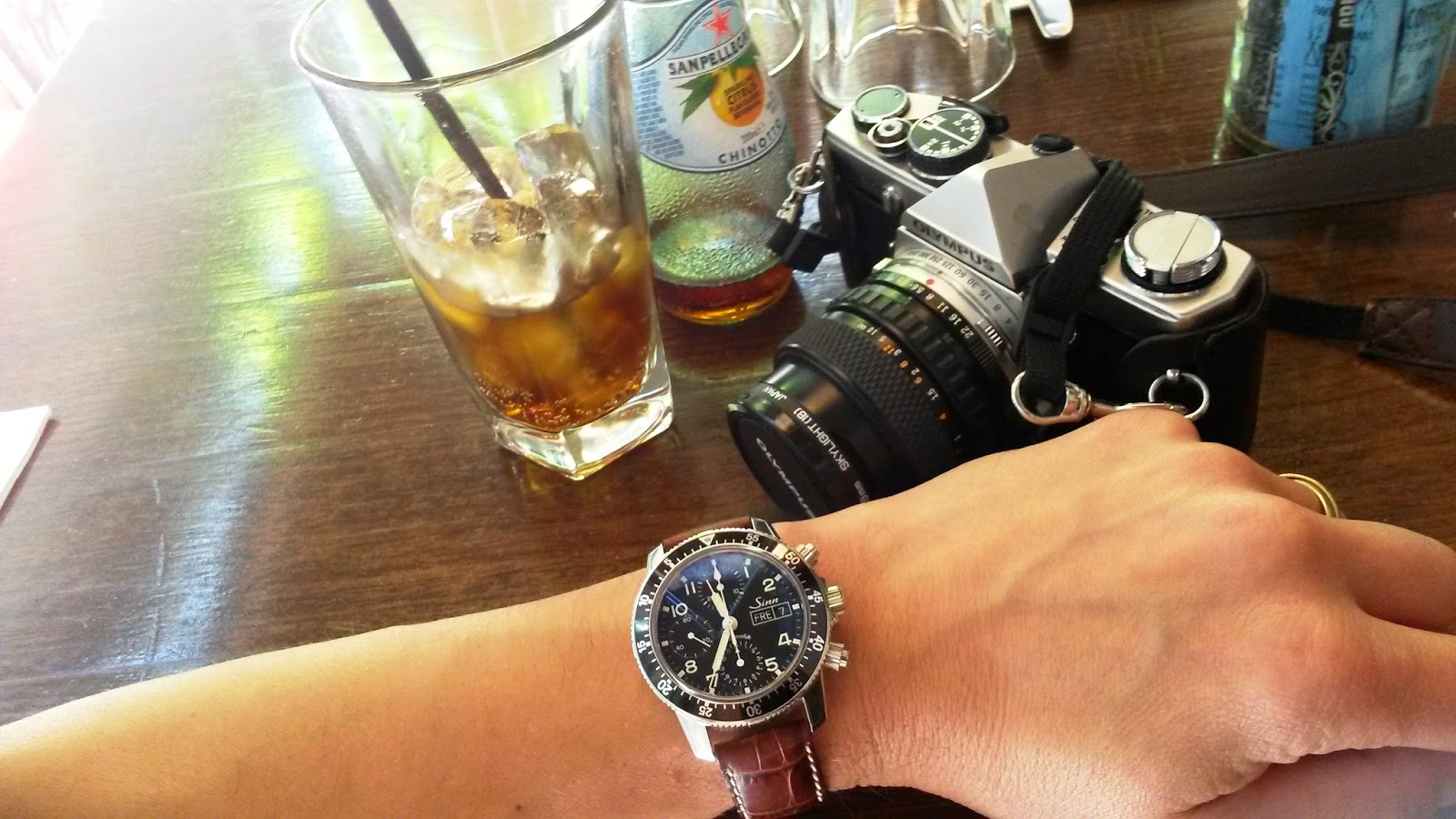 On the way to the train station, I heard on the radio that The Rolling Stones concert that was due to take place tomorrow at Hanging Rock has been cancelled. Singer Mick Jagger has come down with a throat infection. I'm sure you'll never read this, Sir Mick, but I hope you get well soonish. And thanks for all your efforts thus far; 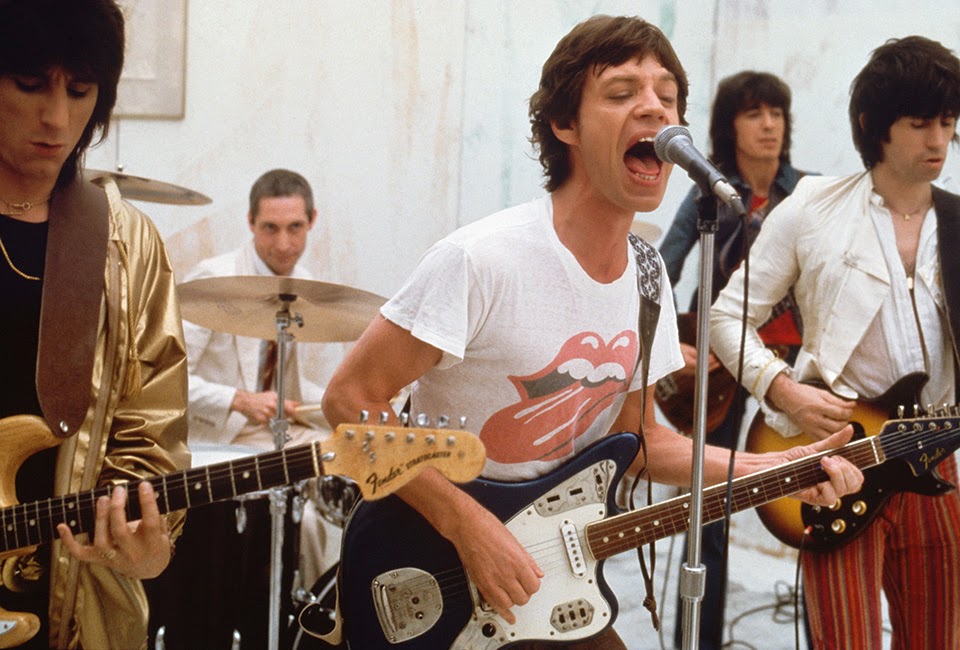 I got home a few hours ago and switched the leather strap on the watch back to its steel bracelet; 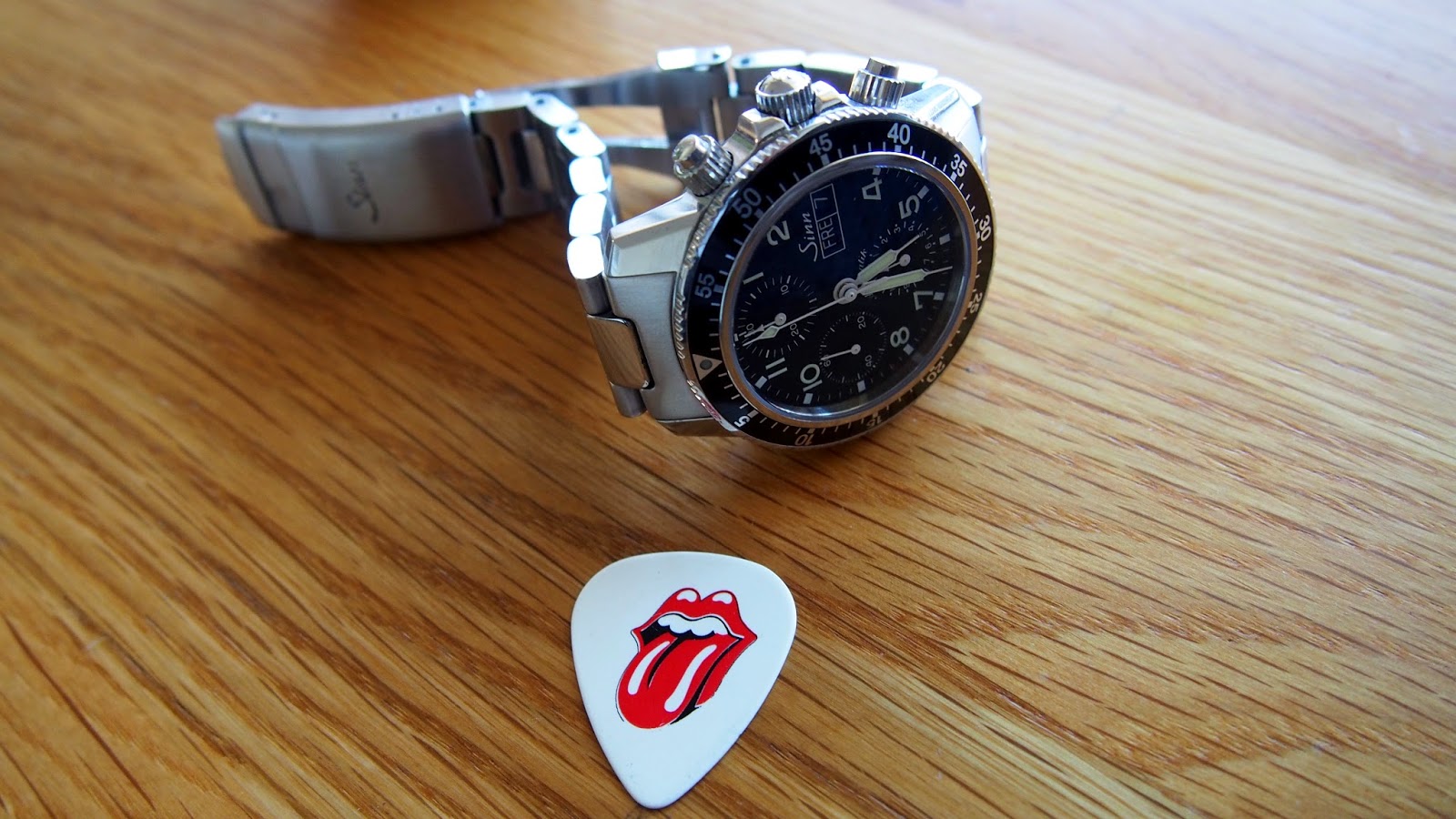 That guitar plectrum was given to me by a neighbour who was a madder Stones fan than I am. He hung around after one of their concerts back around 12 years ago and got to talking to one of the roadies who gave him this guitar pick.
"Did somebody use this one?", he asked the roadie.
Keith", was the roadie's reply.

I'm gonna get a box frame made up for this thing one day.

Thanks for reading and have a good weekend, all!
Posted by teeritz at 23:34