Last weekend
Half-way through the kid's school holidays. General tidying up around the house and a spot of painting while the sun was out. I was still wearing the Omega Seamaster Planet Ocean. Here's an old pic from my archives; 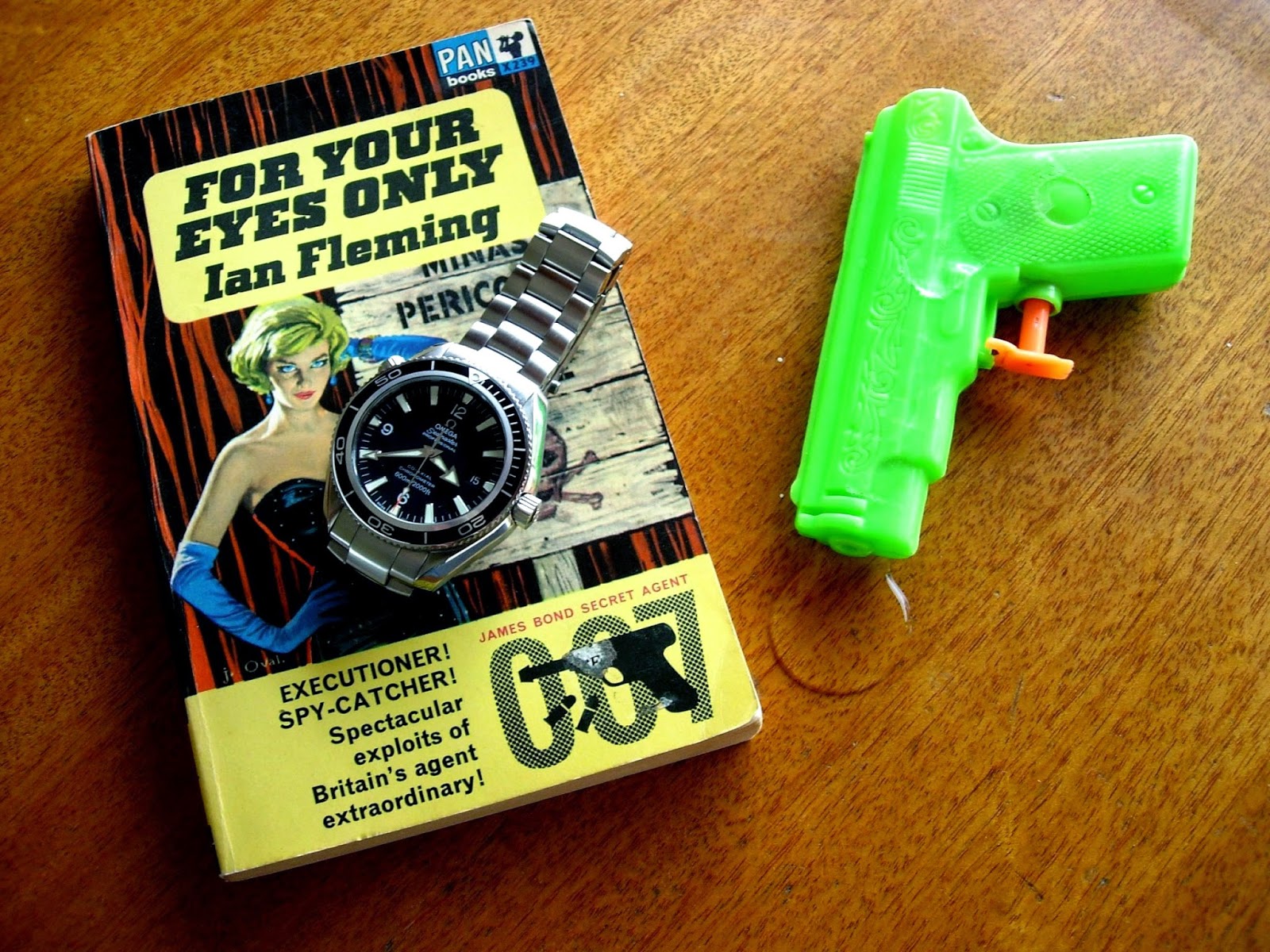 And here are a couple of snaps from my visit to the National Gallery of Victoria last Friday. 'Cos, if I told you what I saw, you wouldn't believe me. 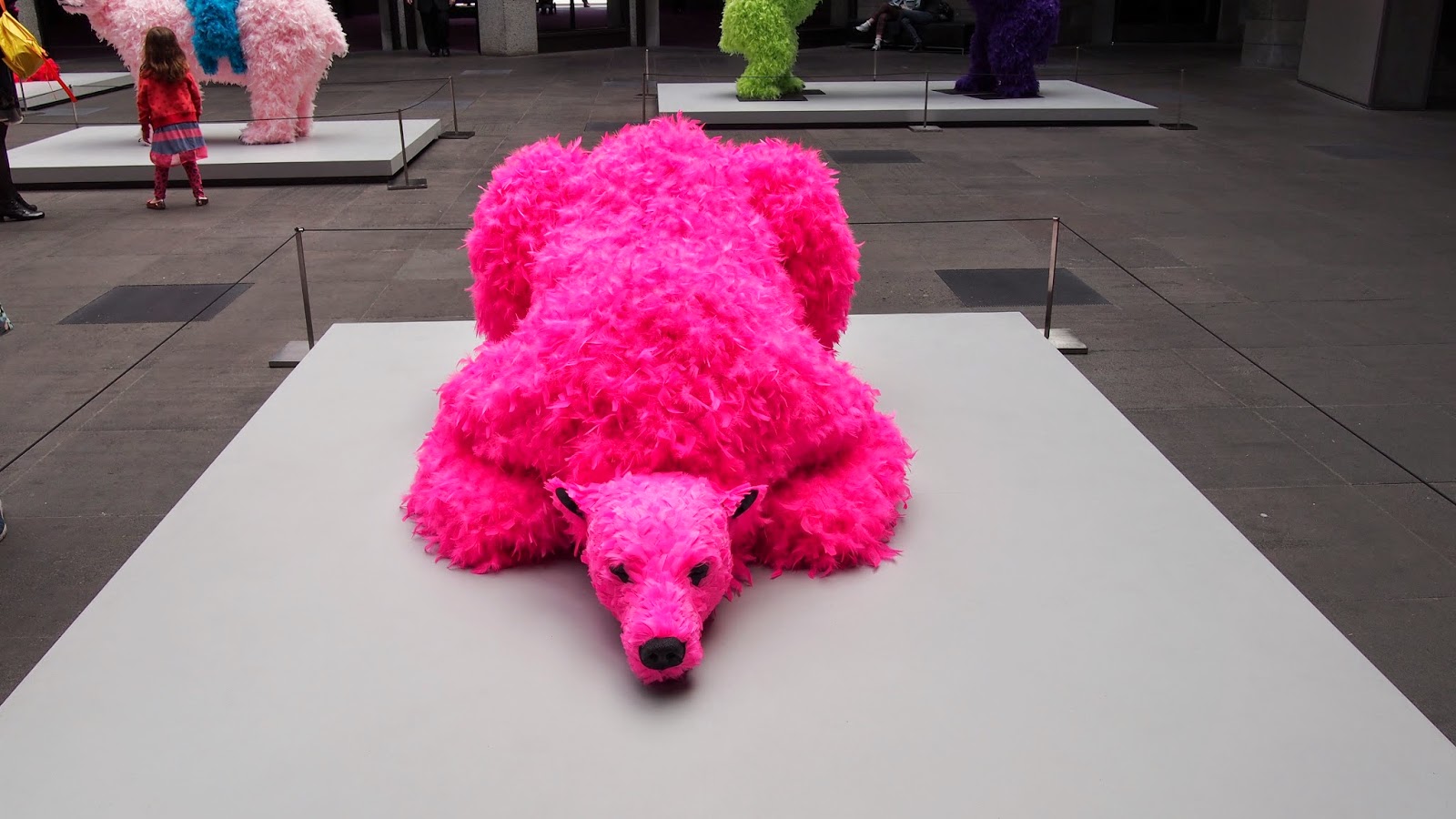 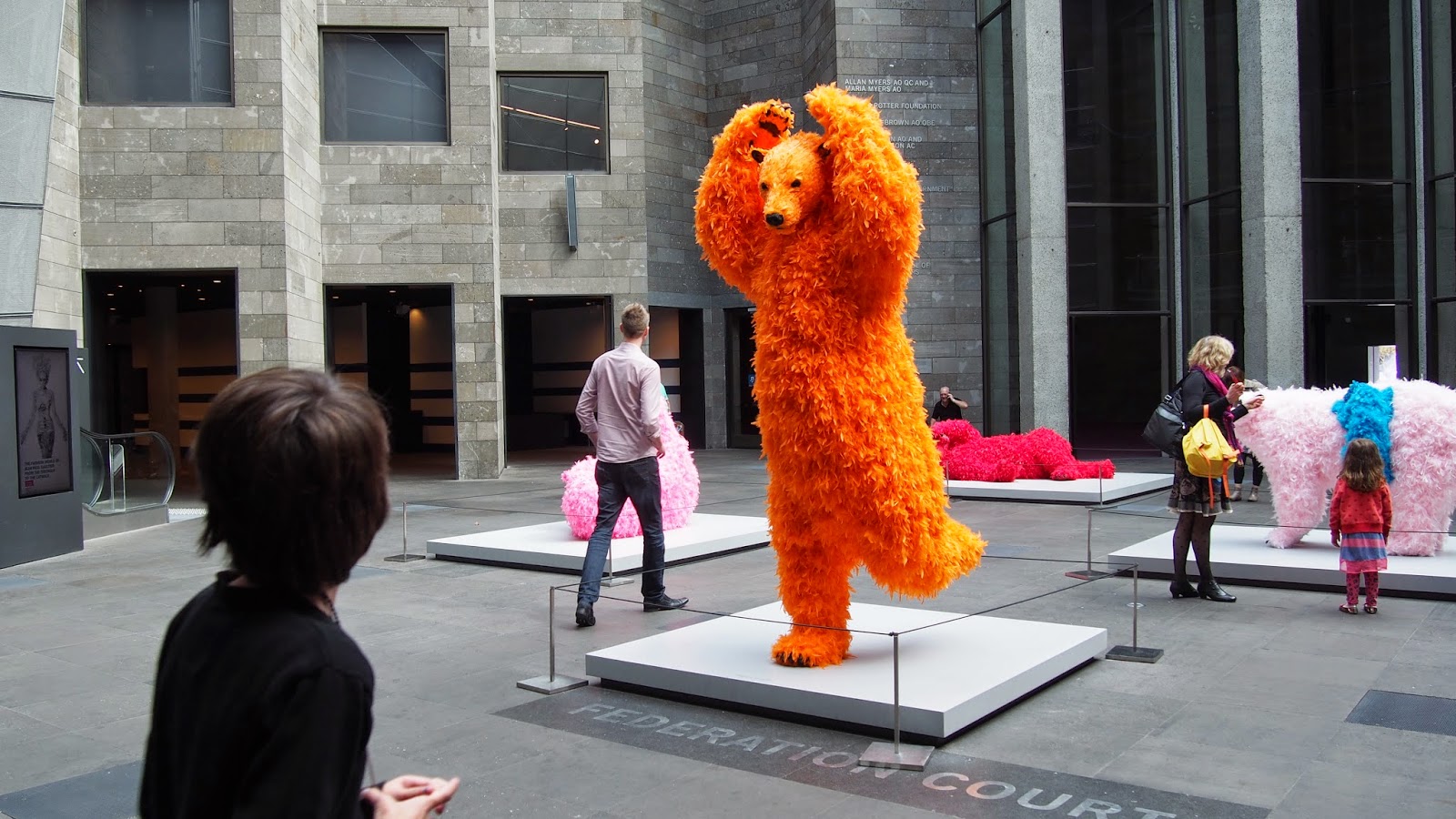 Monday
Began writing up Assignment No. 4. I thought I'd write a draft using a typewriter, but then write the final draft on my laptop. I've already written two other assignments on my typewriters and I don't want to give my lecturer the impression that I'm the Unabomber. This assignment is a report on how this gallery houses and displays its art collection. I decided to concentrate on just one part of its collection, the European artworks dating back to the 17th and 18th centuries. I wore my Omega Seamaster AquaTerra. Because I meant business; 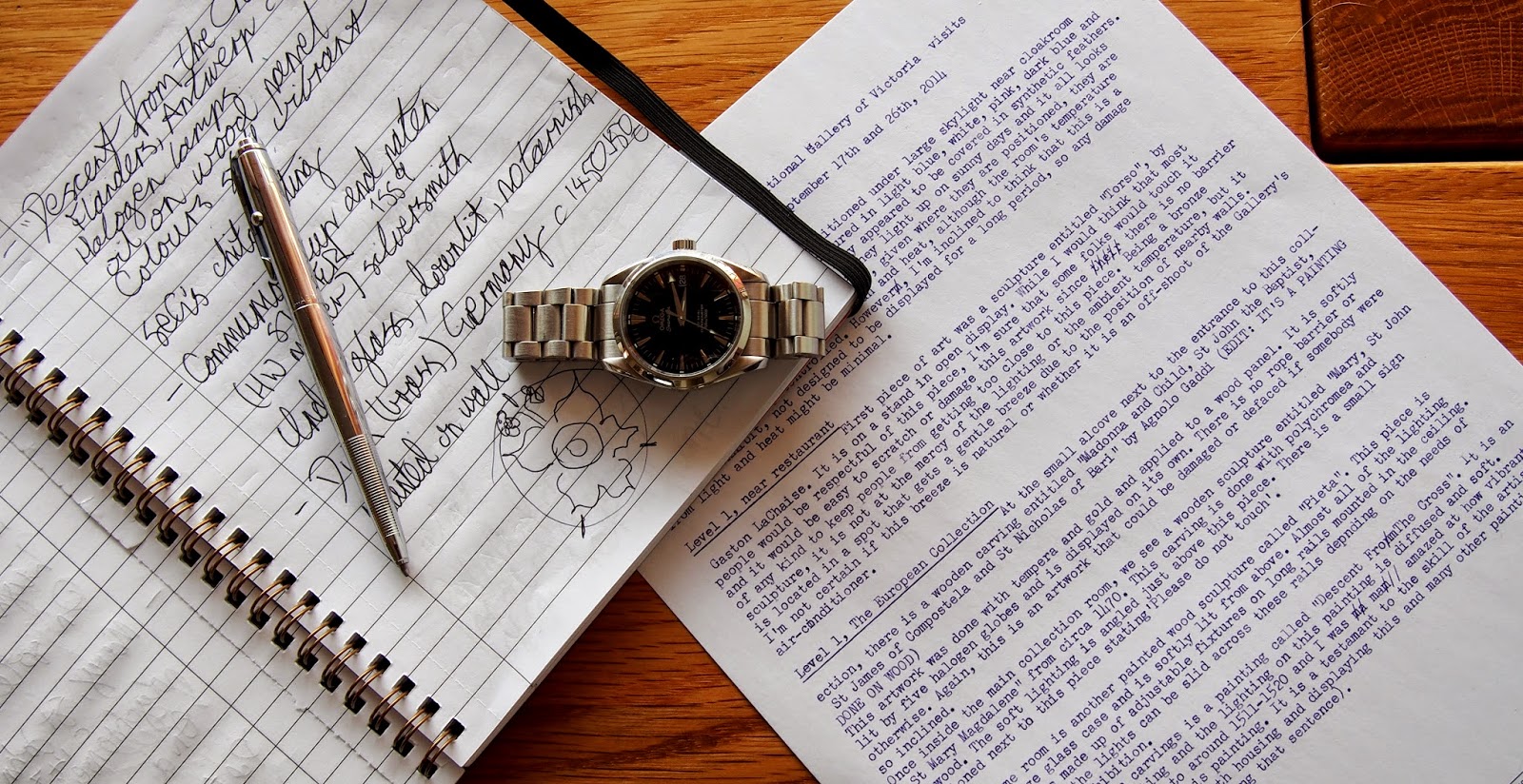 I had two pages hammered out on the Royal Quiet De Luxe in about two hours. I think four typed pages should equate to about three pages on the PC, give or take.

While I had the Quiet De Luxe out, I figured I'd tackle another faded keytop. I tried using an eraser on it first, but this had no effect; 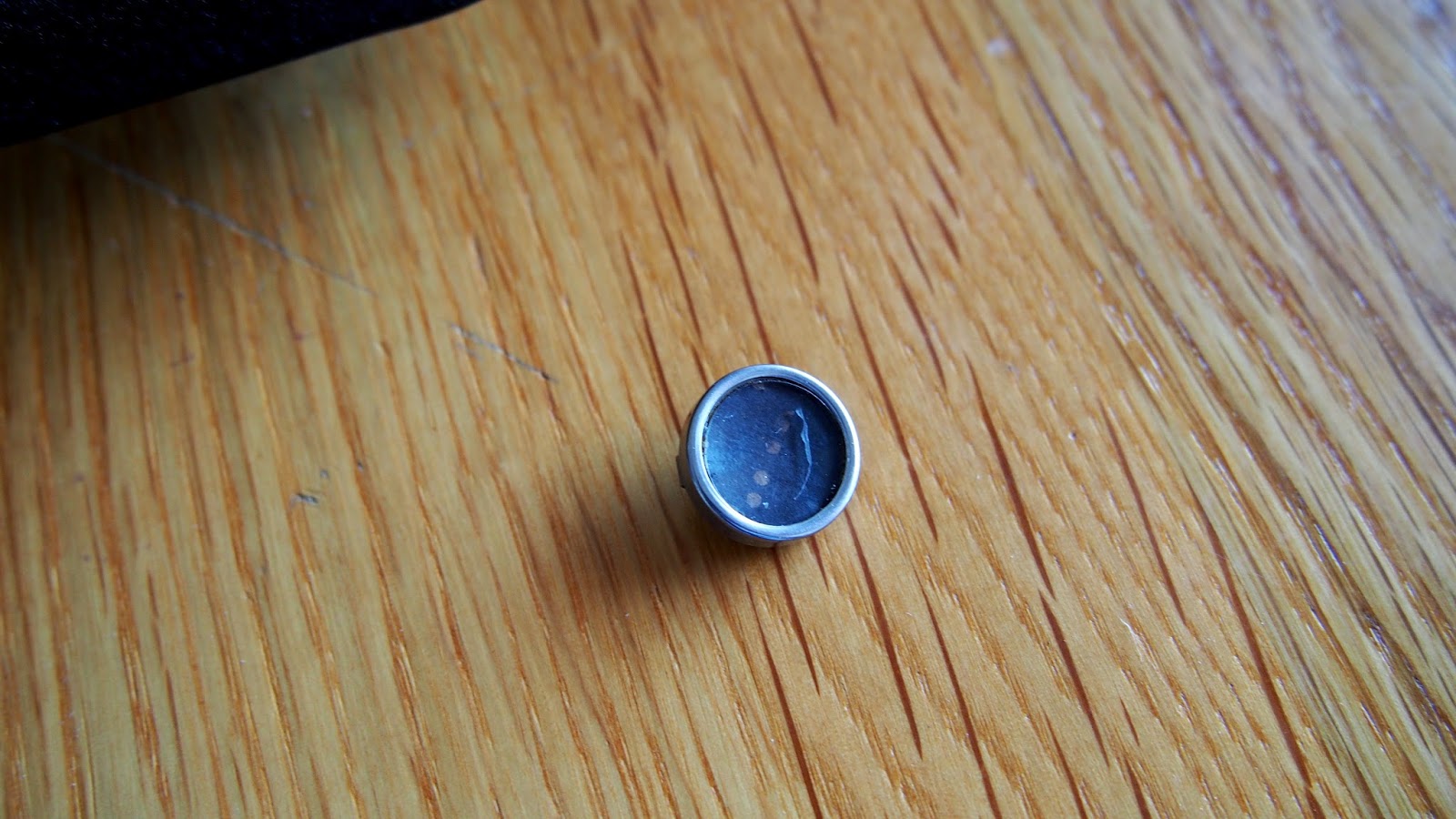 So, it was time for numerous screwdrivers and pliers, a safety pin, a Texta and a glue stick. About 30-45 minutes later, a newer looking colon/semi-colon keytop was in place. Another one down, about thirty-nine more to go; 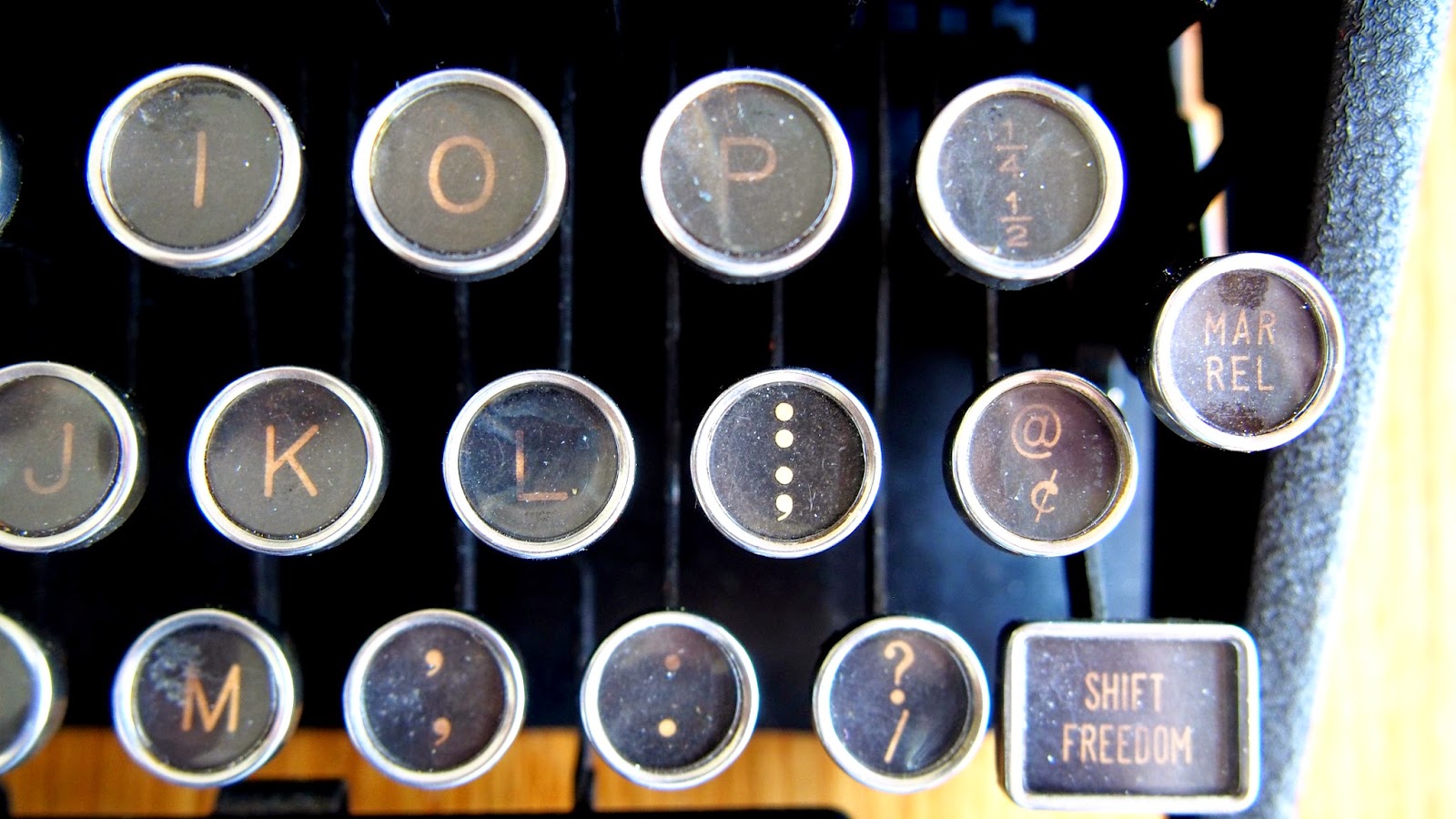 Later that day, a package arrived for me. I was the only bidder on an Olympus OM2n 35mm SLR and when I opened it and inspected the camera, I was greatly disappointed to find that it had a few problems with it that were not mentioned in the very brief listing which described it as being in 'excellent used condition'. 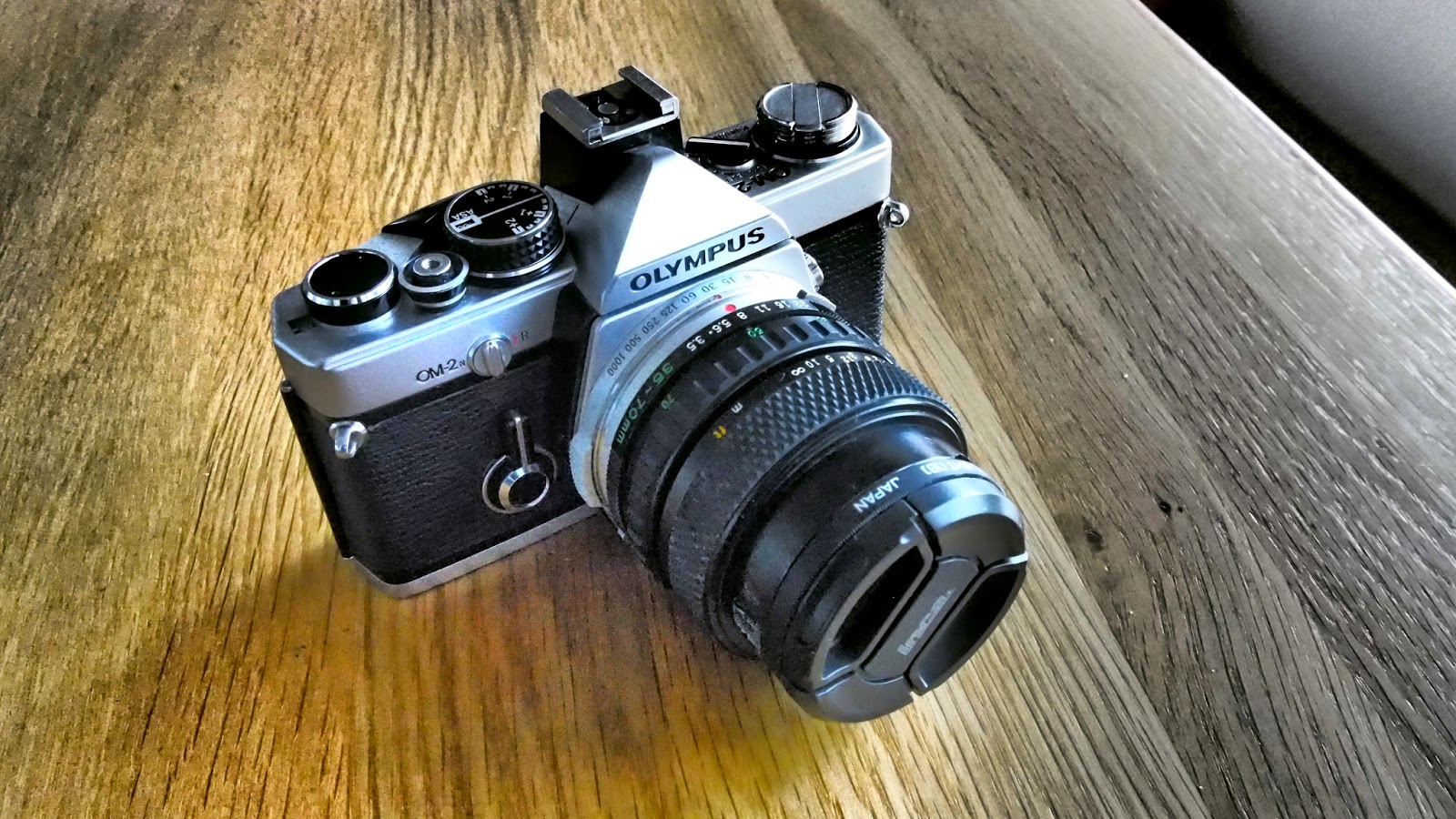 For starters, the old batteries were left inside and had just started corroding. The 35-70mm Auto Zoom lens housing had a section chipped from the edge. No major disasters, but these two things would require some thinking on my part and a little more cash outlay.
Firstly, the OM2 uses two silver oxide 1.55v batteries. I did some searching on the web and found that you can also use 1.5v alkaline cells, but these will give you a slightly different reading through the camera's light meter. Luckily, I decided to chance a quick trip to my local hardware store and found them selling Energizer silver oxides. Cool, one problem solved.
The chip on the lens housing was another matter, although its main issue is that dust will get in and onto the outer lens through a gap between the housing and the HOYA UV filter that's screwed onto the lens. Again, no major disaster, since I think a small strip of plastic, like a cut down piece of a collar stay (as used on business shirts) and some electrical tape should make it dust proof. 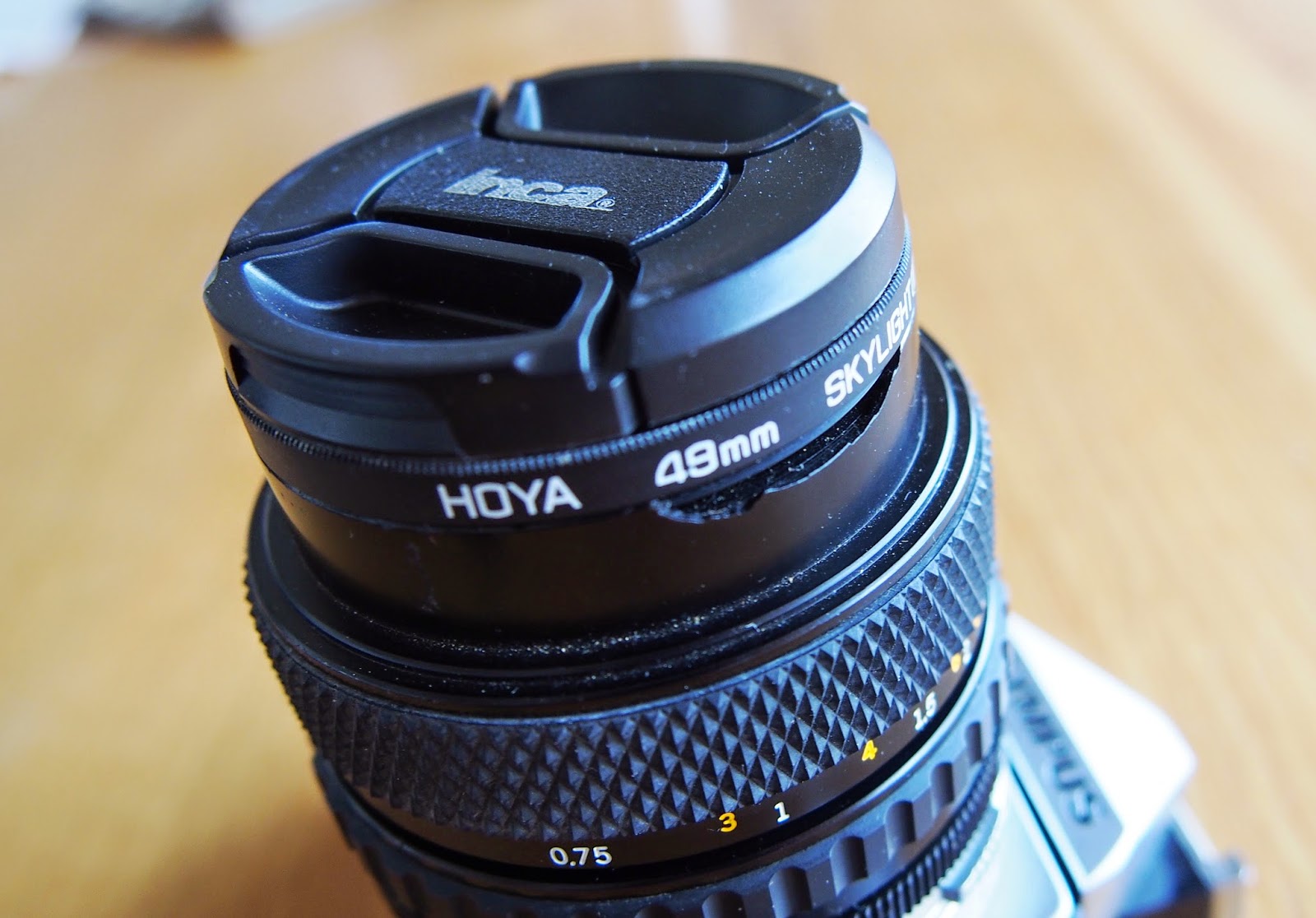 I unscrewed the hot-shoe for the flash and it came away in two pieces. This didn't bug me, since I have no plans to use a flash with the camera. Still a little irksome, though. However, I must say that every hot-shoe that I have seen on eBay has had some crack in it or other. Could be a design flaw. Then again, these things ARE over twenty years old, made of plastic, and designed to hold a top-heavy flash unit.
I already have an Olympus Om2n and, whilst I'm no expert, I do think it's one of the finest SLRs ever made. My plan was to get a second one and then sell both in order to get an all-black model in as good a condition as I could find. However, the more I thought about it, the happier I was with my original OM2n that I bought a couple of years ago. That one is in very clean condition and, although it's the two-tone, black and silver model, I thought it better not to try and go back to an all-black model like the one I bought in 1982 and stupidly sold twelve years later. There's a certain nostalgia factor in wanting to have a black one, but I think it's perhaps better not to try and go back to what I had. It just won't feel the same.
I like the lens that this new one came with. 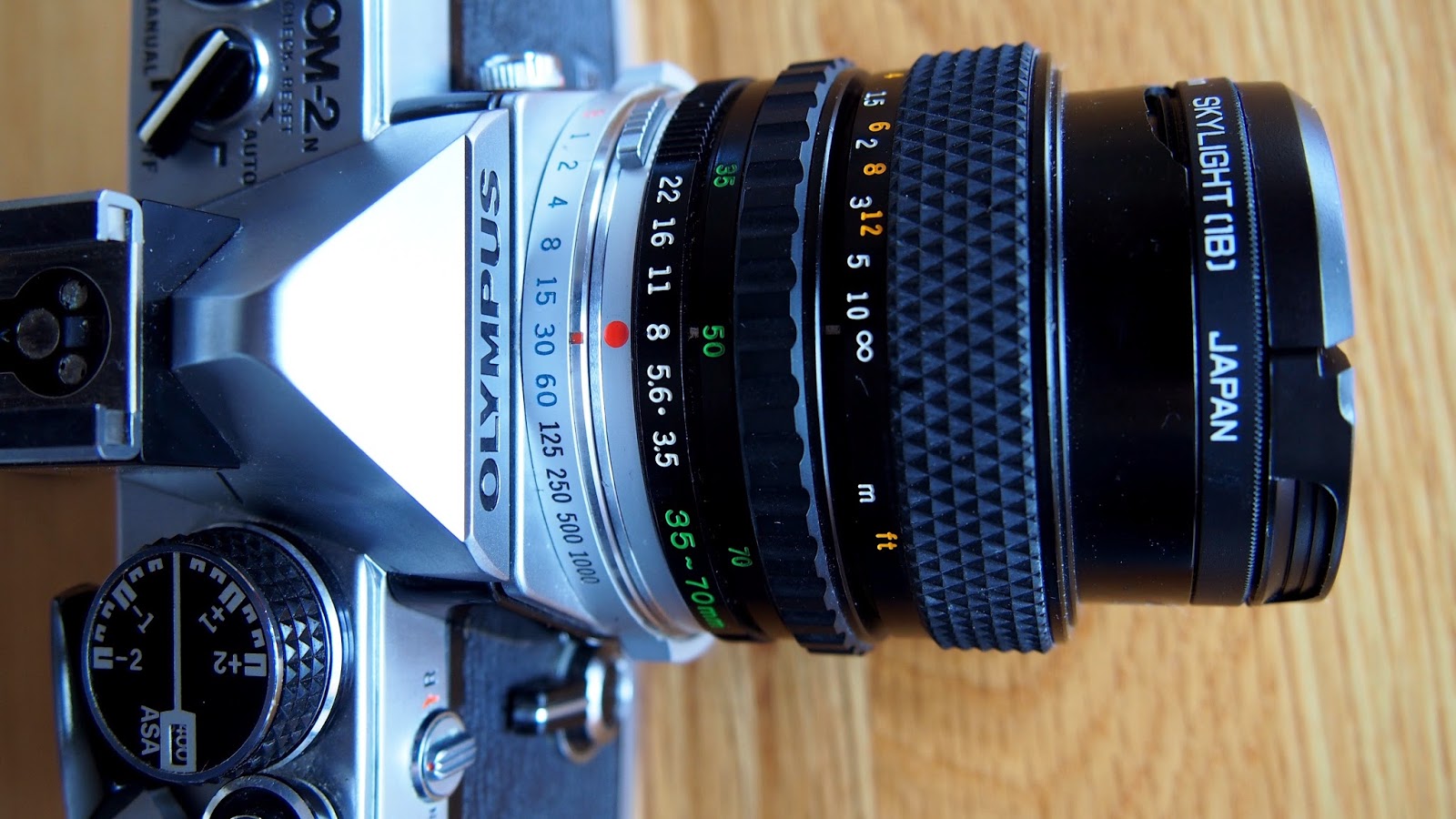 With a range of 35mm to 70mm, I think it'll be a decent lens to have for my amateur photography purposes. I have a 135mm lens that I will attach to this new camera body and maybe put that up for sale. I've run some film through this camera and it all works as it should. However, in an effort to de-clutter and get rid of stuff that I don't use, I've been going through my cameras and I think I'll sell my Voigtlander Vitomatic II rangefinder and Nikon EM, as well as this OM2n.
That will leave my collection down to one OM2n, a late '60s Nikon F Photomic, and two Olympus Trip 35 rangefinders. More than enough 35mm film cameras. Finding correct batteries for the Nikon F could be problematic in future, but it's such a bullet-proof camera that I'd hate to get rid of it.

Tuesday
My wife and son decided to do the Thousand Steps. Located in a national park about 45 minutes away from our house, it features a pathway which leads up along the mountain ranges in Dandenong. My daughter and I passed on it and headed to the nearby cafe instead. The cafe closed early that day, so we finished our coffee and iced tea while the staff put away tables and chairs and then we headed back to the car to wait for my Bond Girl and our son. It soon began raining; 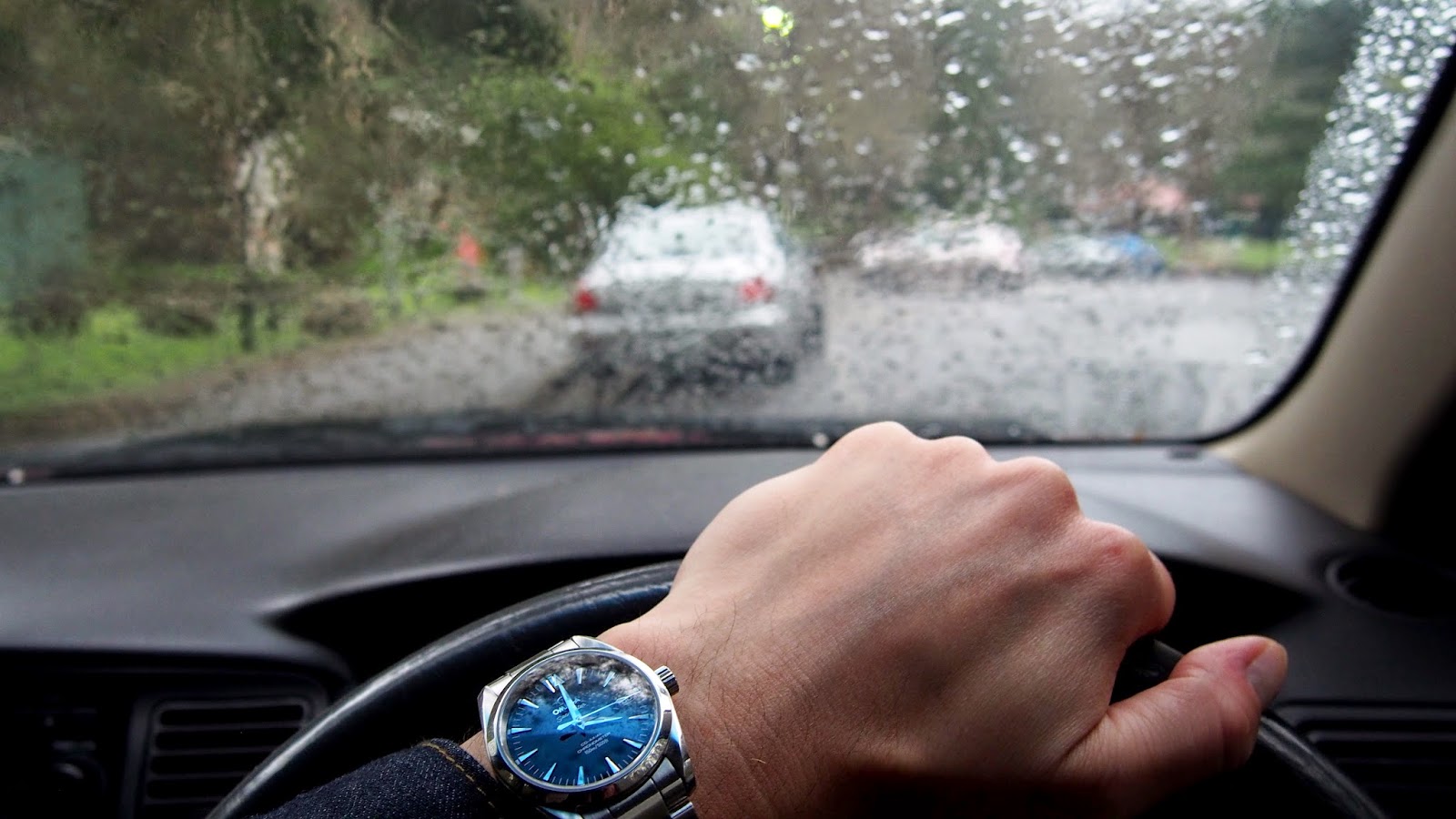 Oh, and another thing about 35mm film...

Wednesday
...there are two men in Italy who have launched a Kickstarter campaign to purchase some old manufacturing equipment from a disused analog film factory. The factory was once owned by Ferrania, a film manufacturing company which made 135 and 120 film, as well as 35mm motion picture film. Naturally, the advent of digital photography saw the demise of the use of film, but these two guys have decided to resurrect Ferrania for the 21st Century. They need $250,000 in order to buy the equipment and begin manufacture. Their campaign ends on October 30th and they have already raised $160,000. I think they make it, with a considerable amount on top, which is good news for anybody who still likes using film. I've made my pledge, and I can't wait to see their products hit the street sometime next year.
For more info, check out this link to their Kickstarter page;

I spent an hour or two looking for other blogs that deal with affordable vintage wristwatches and I was surprised to find that there aren't many of them around. Or more likely, I couldn't find them. I did find a few, but they just lacked a certain something. The search goes on.

Thursday
I wrote more of the draft of Assignment No. 4. I really like how the Olympia SM9 types, I have to say. I was wearing the Omega Seamaster 300 WatchCo rebuild; 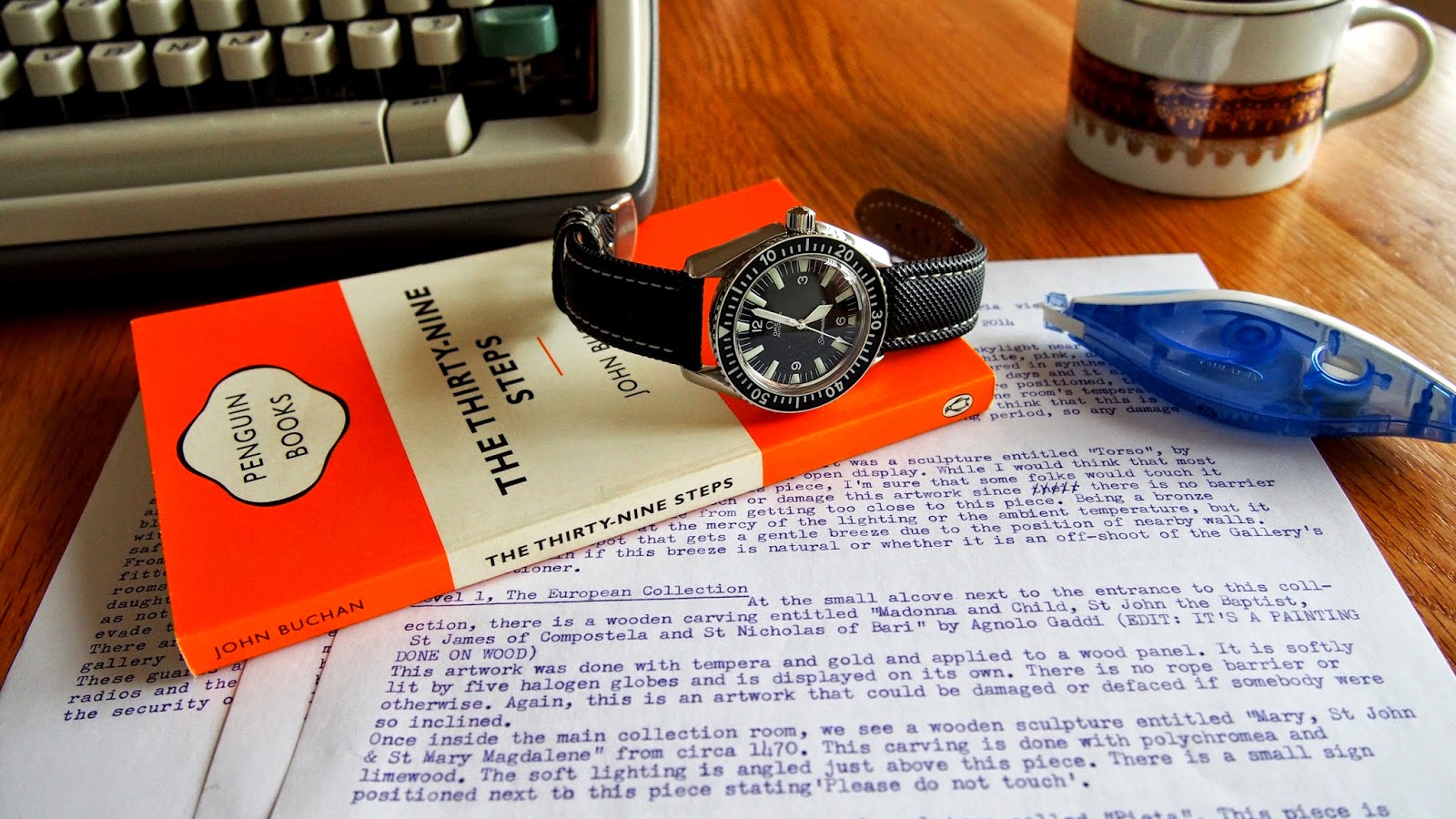 I was watching a packet of Tipp-Ex Typewriter Correction Papers on eBay. Seller had a starting bid of $9.00 on it. I almost bid on them before realising that I could maybe get away with just using one of those modern correction tape dispensers that you can buy from just about anywhere. Subconsciously, I think I got the idea from reading Joe Van Cleave's blog posts. Whenever he makes a rare typo, there's a neat square on the offending error with the proper letter typed over it. And so, a quick trip to the dreaded Officeworks store nearby and about $3.50 later, ta-dah!
Might go buy another three or four of them, just in case they stop making them. Well, you never know.
My wife brought home a copy of the recent version of "The Thirty-Nine Steps" on DVD, starring Rupert Penry-Jones as Richard Hannay; 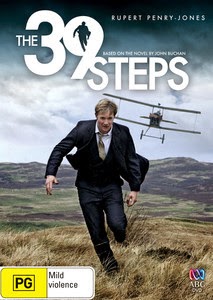 I don't like this shameless attempt at replicating the classic cropduster scene from Hitchcock's North By Northwest, but I'm hoping that this new version is a faithful adaption of the book. My wife keeps asking me ;"Have you finished reading it, so that we can watch the movie? I'll have to return it soon."
I have nineteen pages left, and I think our hero, Hannay, will find himself in some trouble before the final paragraph. I have seen the 1935 Hitchcock version, starring Robert Donat and Madeleine Carroll, but that would have been sometime in the mid-Eighties, so I daresay I'm due for a re-viewing. I have a sneaking suspicion that the ending of both the book and this new version will be different.

Today
I had a million things to do yesterday and I got 900,000 of them done. Now, I'll sign off so that I can go do the remaining 100,000. I have switched to the circa 1962 Omega Seamaster Automatic (Calibre 562) in an effort to go a little more understated today. 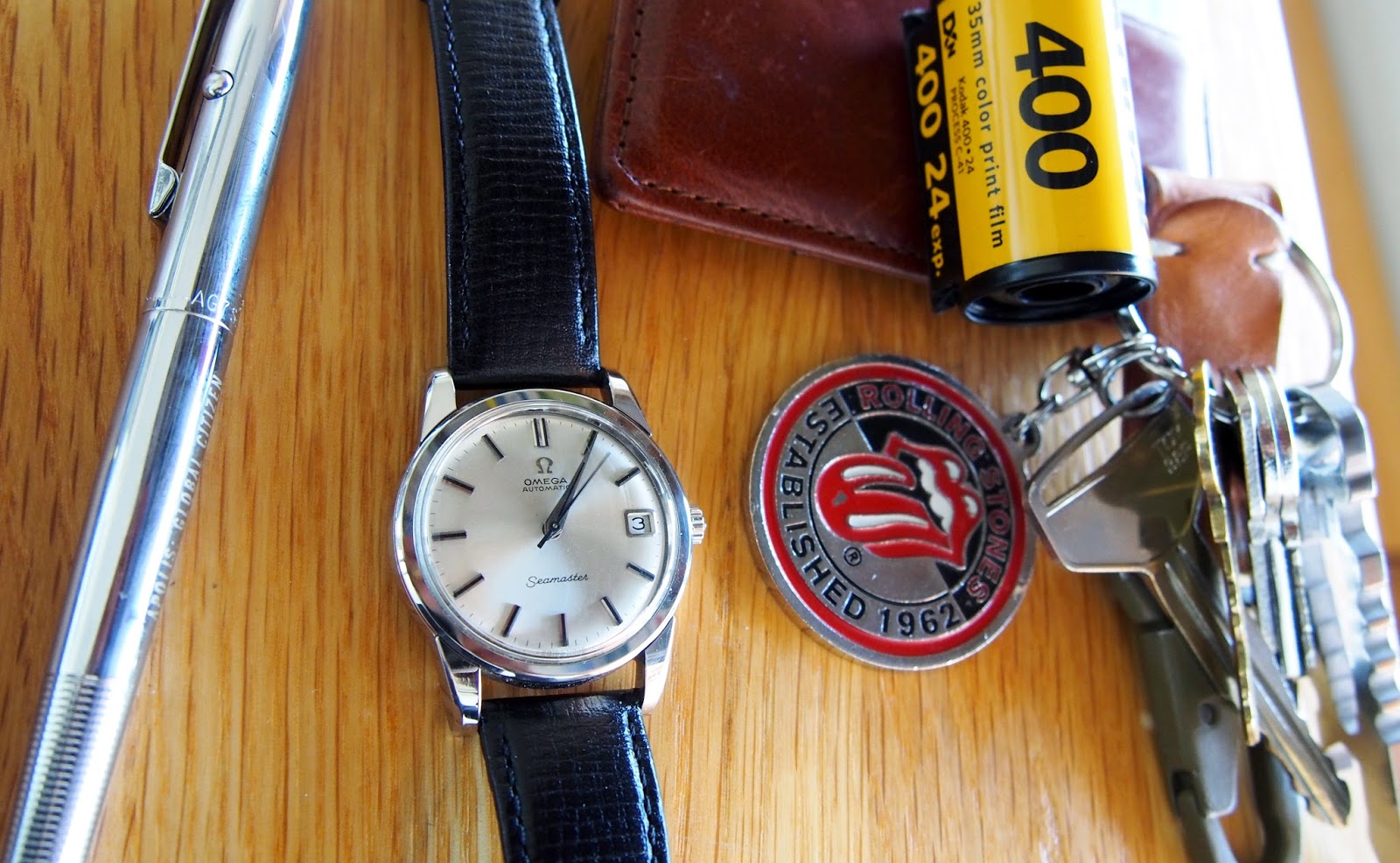