Fri 26/9/2014 - Overdressed for Lawn-Mowing, Knocking Off Assignments, & This Week's Wristwatches.

Sunday
It was a sunny day. I was wearing jeans and a white Henley t-shirt. I was going to mow the lawns. But first, I added a bandana into the ensemble; 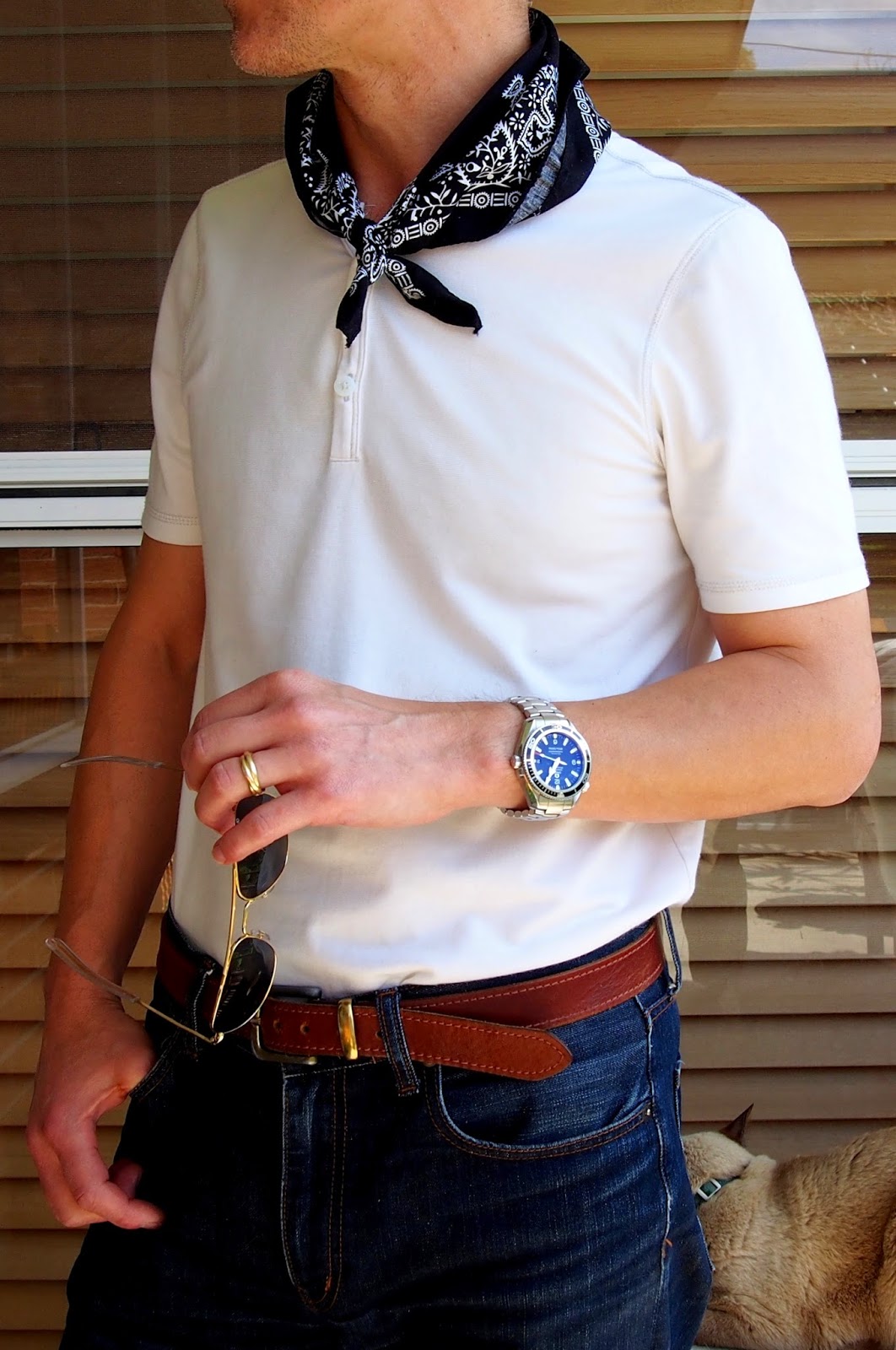 "Hmm, you look a little too continental for mowing the lawns in the suburbs, T", was my wife's first response. That's a shame. I was actually aiming for a look similar to this --->;

This is French actor Yves Montand in a still from the absolute classic, The Wages of Fear ( Original French Title "Le salaire de la peur", Dir: Henri-Georges Clouzot, 1953).
If you've never seen this film, then I envy you. The story starts off fairly slowly and it concerns a group of layabouts who are offered the job of driving trucks carrying nitro-glycerine over some very treacherous terrain in South America. There is an oil field on fire a few hundred miles away and the nitro is needed to put out the flames.
The first hour moves quite slowly as we learn who these men are and what their reasons are (besides money) for taking on this dangerous gig. Once they board the trucks, however, the viewer is in for some nail-biting scenes as the men attempt to manoeuvre these old and decrepit trucks across bumpy roads and rickety bridges. It is a classic lesson in suspense in film. I had it on VHS and have yet to replace it on DVD, but it's available as a Criterion Collection version, so I'll get around to it one day.
Anyway, needless to say, I didn't quite look the same as Yves Montand as I mowed the front lawn. But I was wearing a proper watch for the job. The Omega Seamaster Planet Ocean. 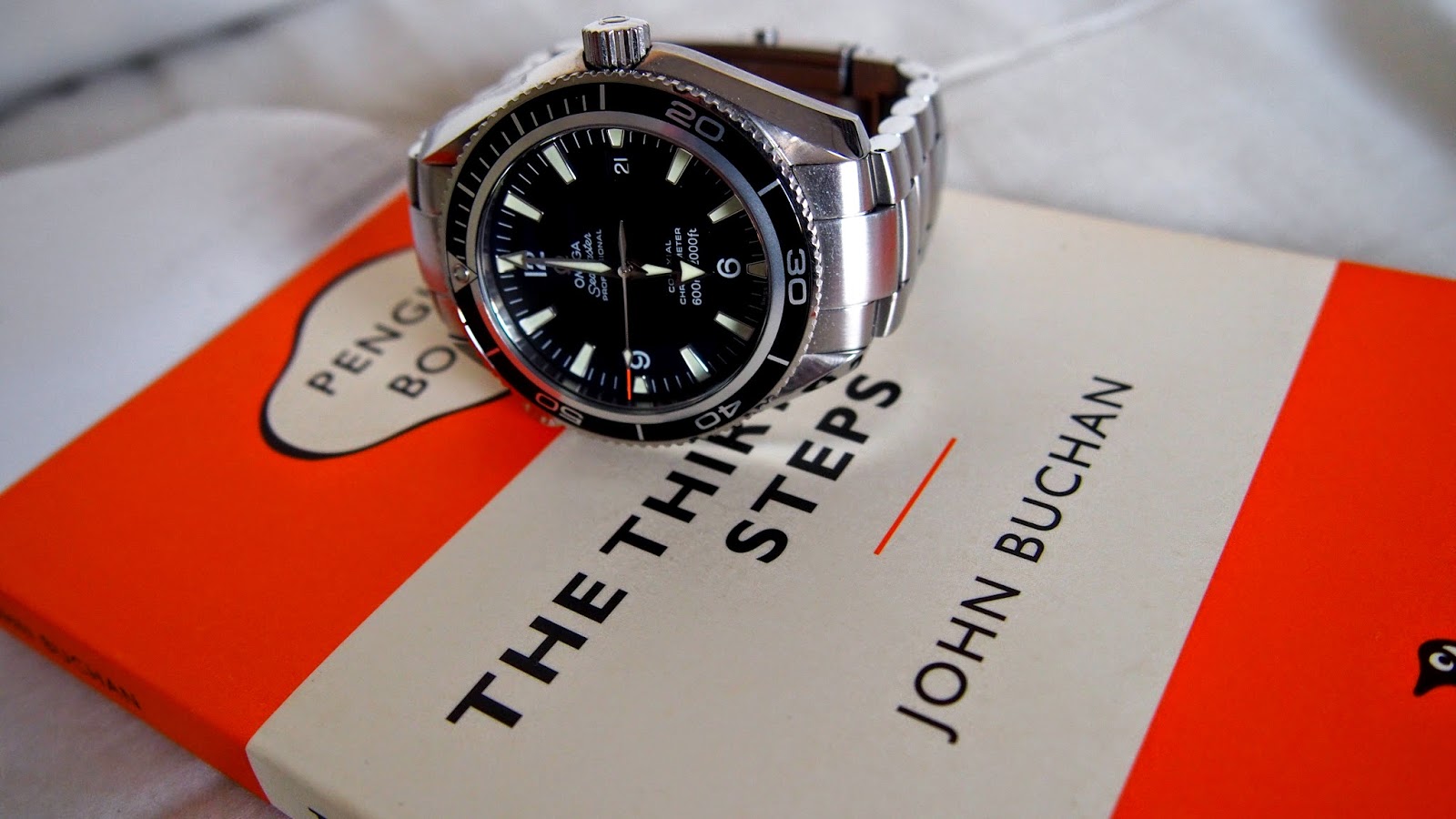 I'm about 60 pages into The Thirty-Nine Steps and I'm liking it so far. The hero of the story, Richard Hannay, has a great voice, as he's on the run through the Scottish countryside after being framed for a murder back in London.
Wednesday
Finished Assignment 2 yesterday. It was only a response to a list of questions, but it required some hunting around for the answers. Then got started on Assignment 5, which is where I had to write about any collections that I have and the ways that I store and look after them.
Hell, where do I start?, I thought to myself.
First thing I did was grab the 1945 Smith-Corona Sterling. I have six assignments to do for this particular subject and at least two others for my other subject. That's going to mean a lot of time spent staring at computer screens. So, to minimise the chances of me going screwy, I thought I would use a typewriter for  this one. However, I made a few too many typos, so I figured I'd start again and concentrate a little more. I also decided to switch over to the 1966 Olympia SM9, since it's a smoother typewriter to work with. And, to get into a more business-like mood, I switched over to the Longines Expeditions Polaires; 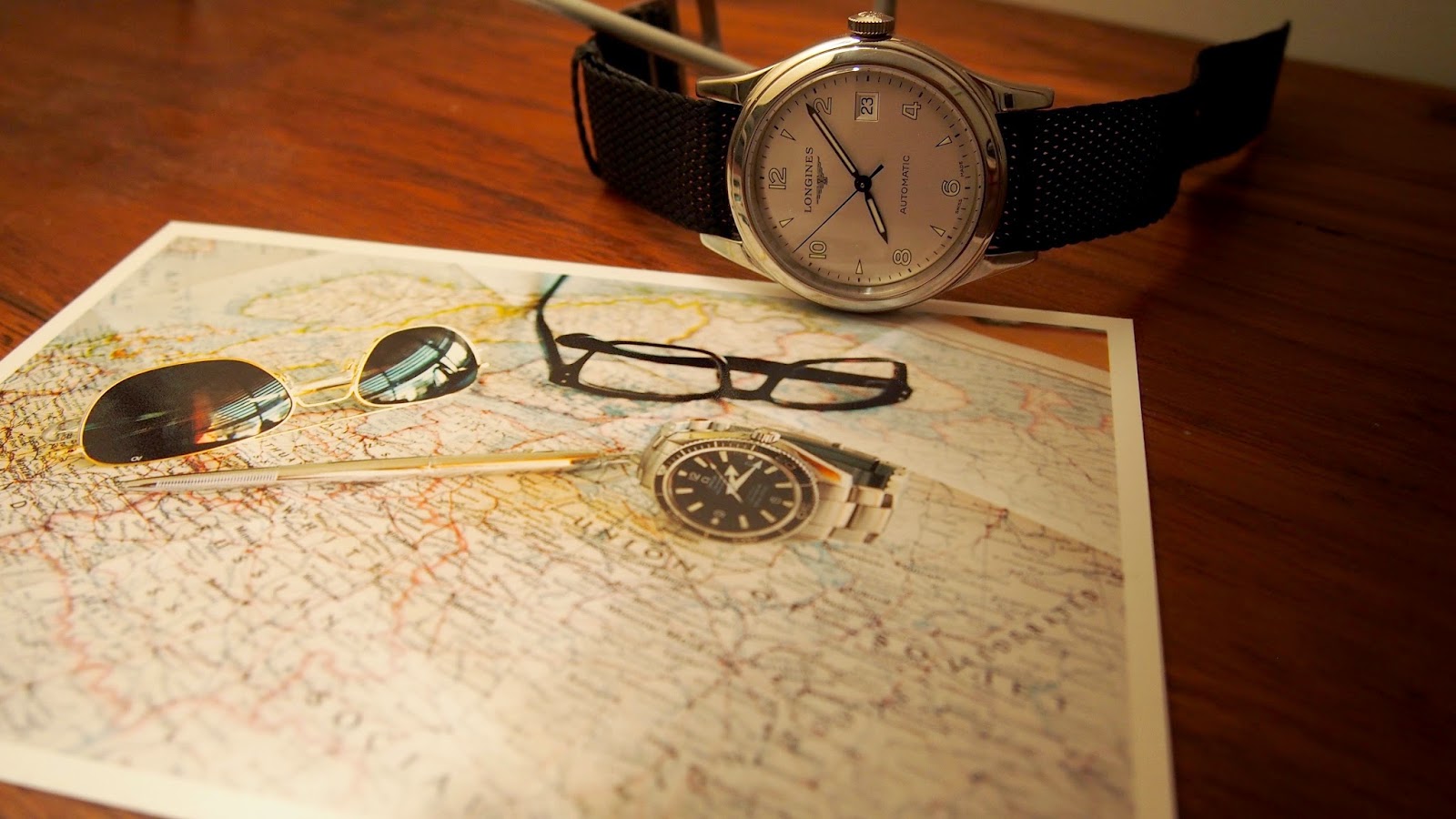 I had some 35mm photos developed on Monday and they offered me the option of having them burned to CD for an extra two bucks. This seemed like a good idea for archival purposes. Even though I bought one of those Wolverine film-to-digital scanners off eBay a few months ago. I'll use that someday to transfer the photos that were taken with film up to 2005 when we got a decent (enough) digital camera.
But back to the assignment. I sat down and started writing. Ninety minutes later, I had a headache and three pages done. Good enough. Perhaps more than what my lecturer had asked for, since she stated that it could be done in point-form. But if I was going to this much trouble, then it was going to be more than just point-form. 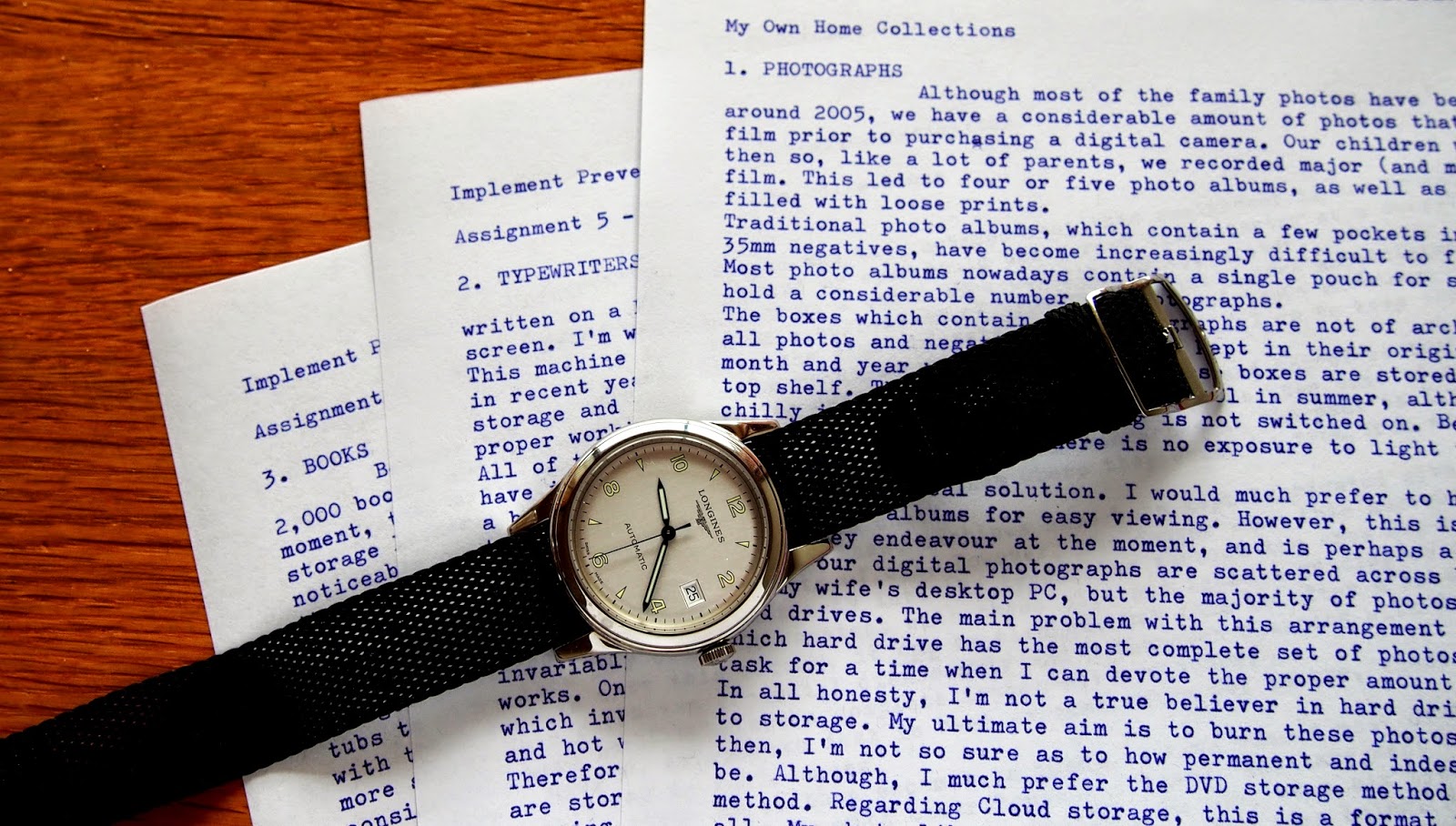 Thursday
My son showed me a comic that he bought yesterday. It had a very cool 3D cover art. looking at it front-on, there's Batman standing there, black cape flowing; 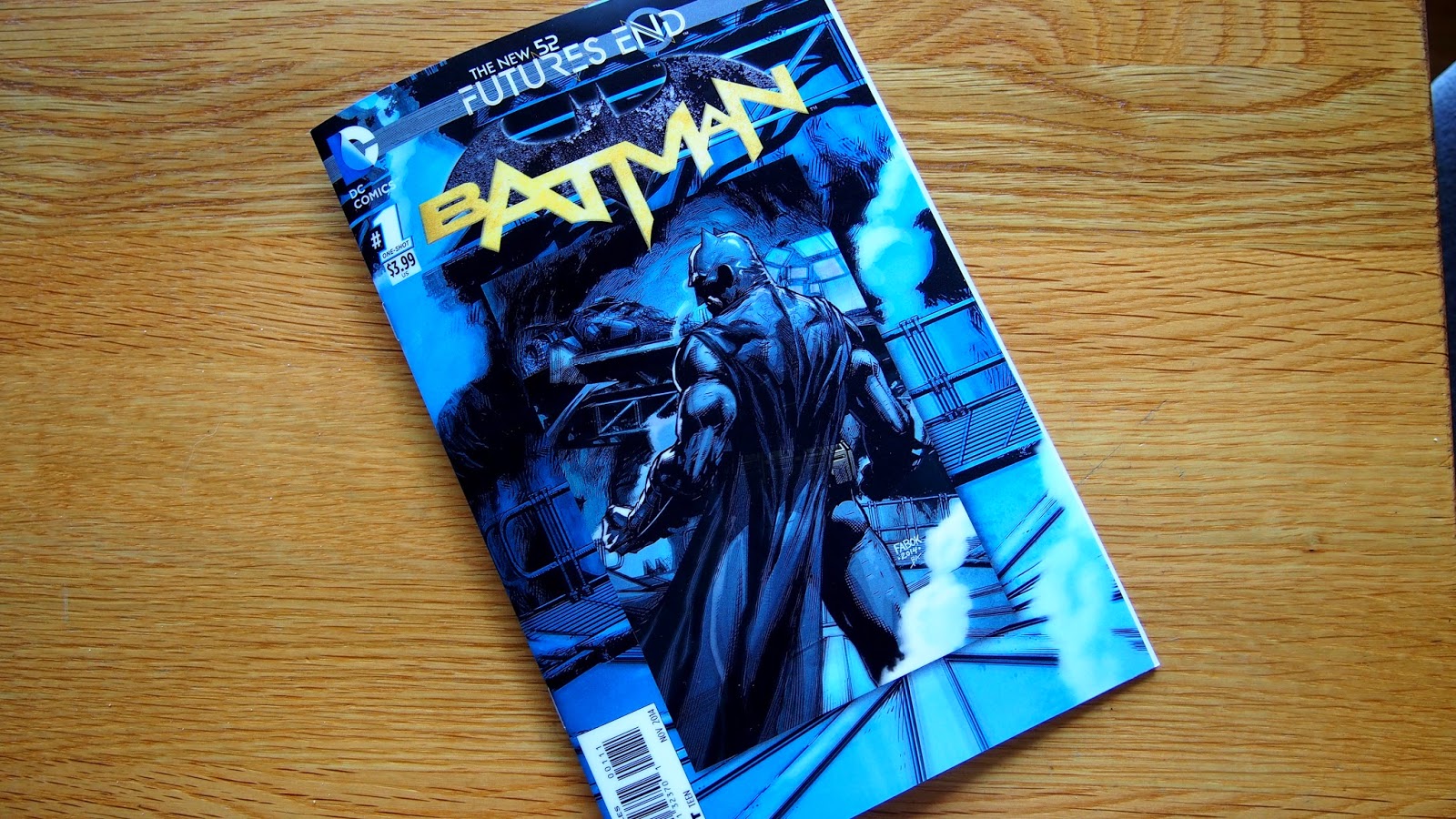 Angle slightly and the cape seems to disappear and a bunch of Batmans (or is it Batmen?) appear in the background; 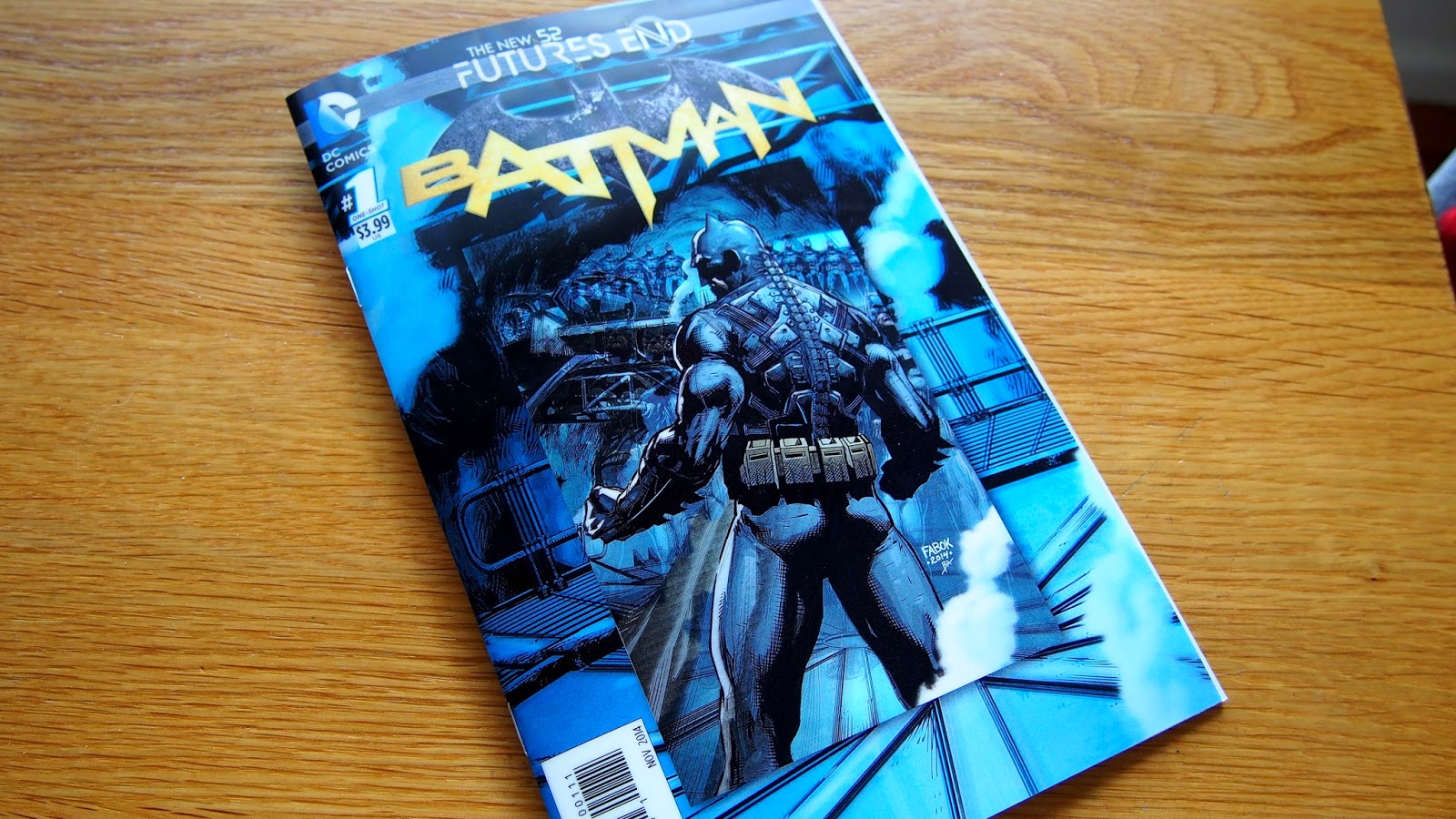 Anyway, I thought I'd take a break from study today. One of my other assignments will be a report on silverfish. Man, the research is gonna be riveting for that one. Either way, I'll spend part of the weekend looking up info online and taking notes. When I hand this one in, I'll then have to deliver a ten-minute talk to the rest of the class. Could have been worse, I suppose. It could have been mould. 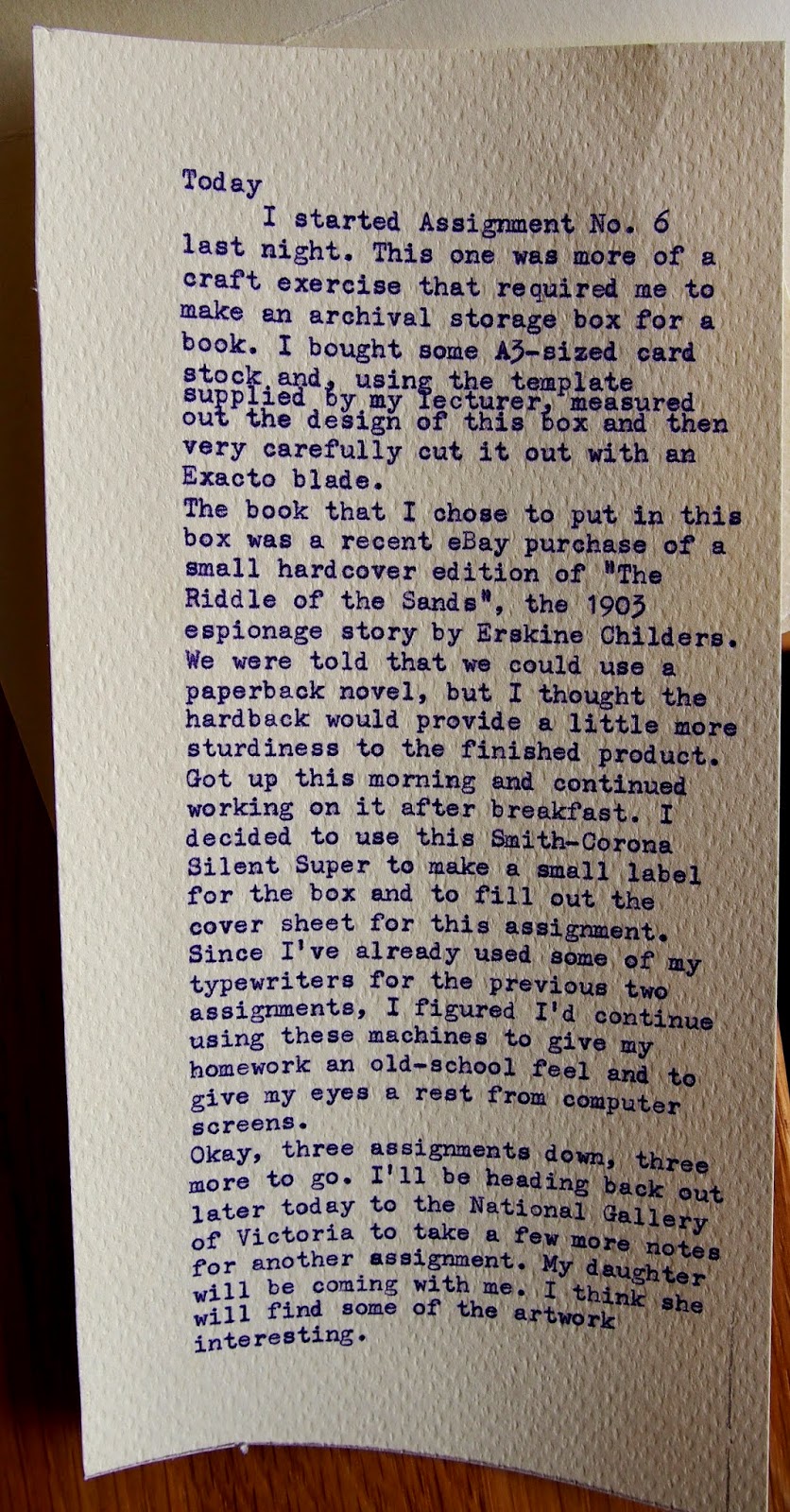 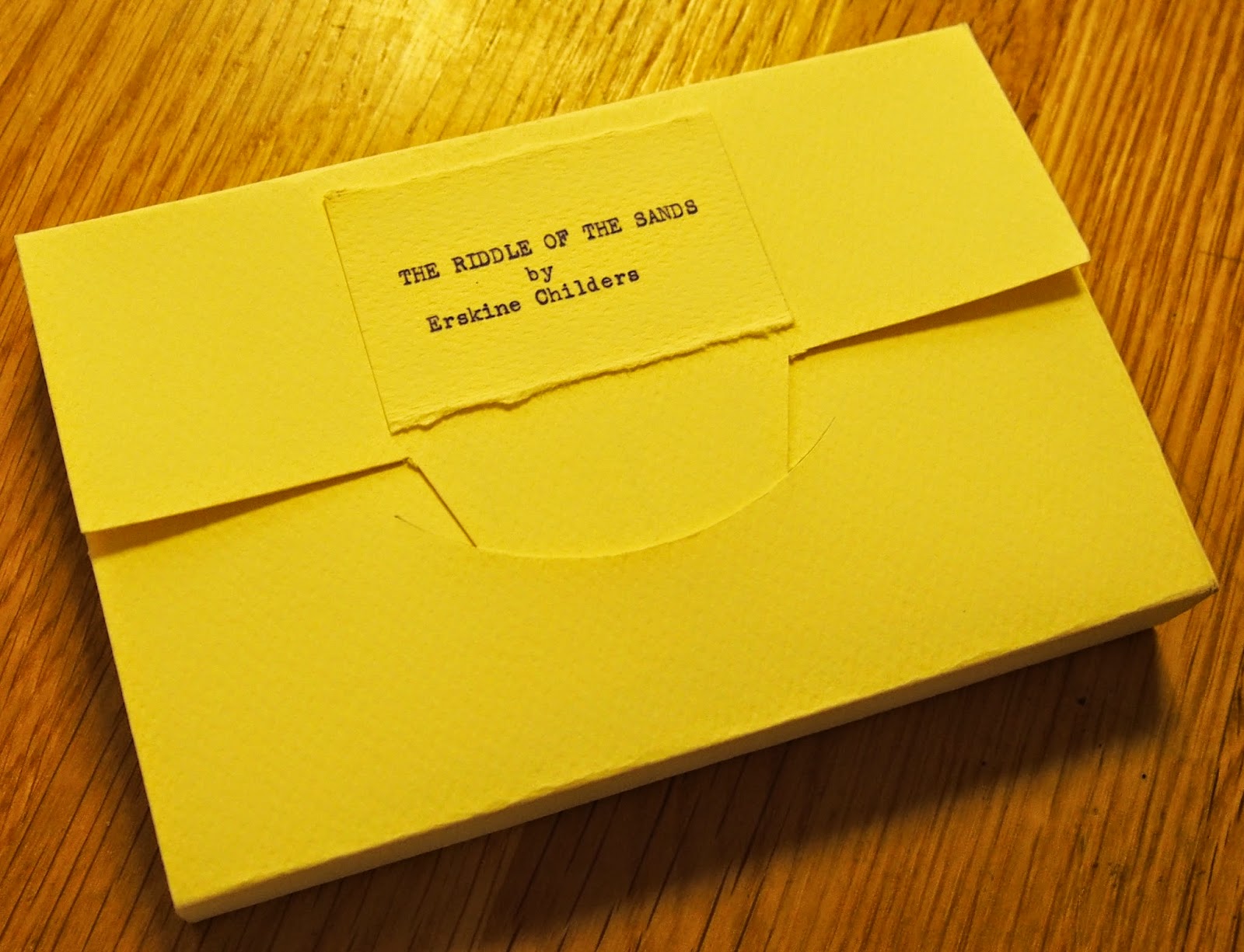 With the book safely tucked inside. I'll hand this in when I go back to class in two weeks. My lecturer had better not lose this book. I haven't read it yet. 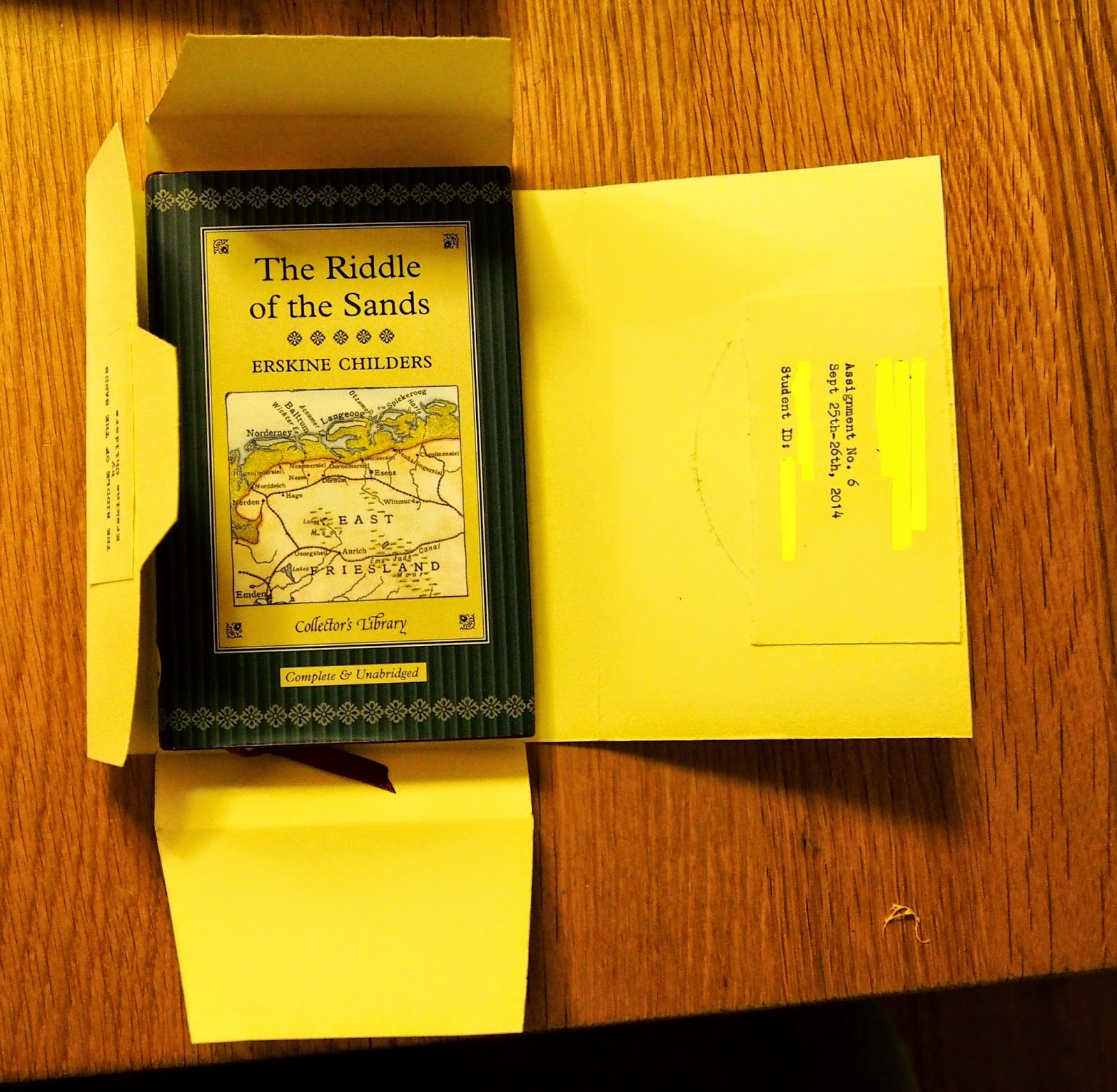 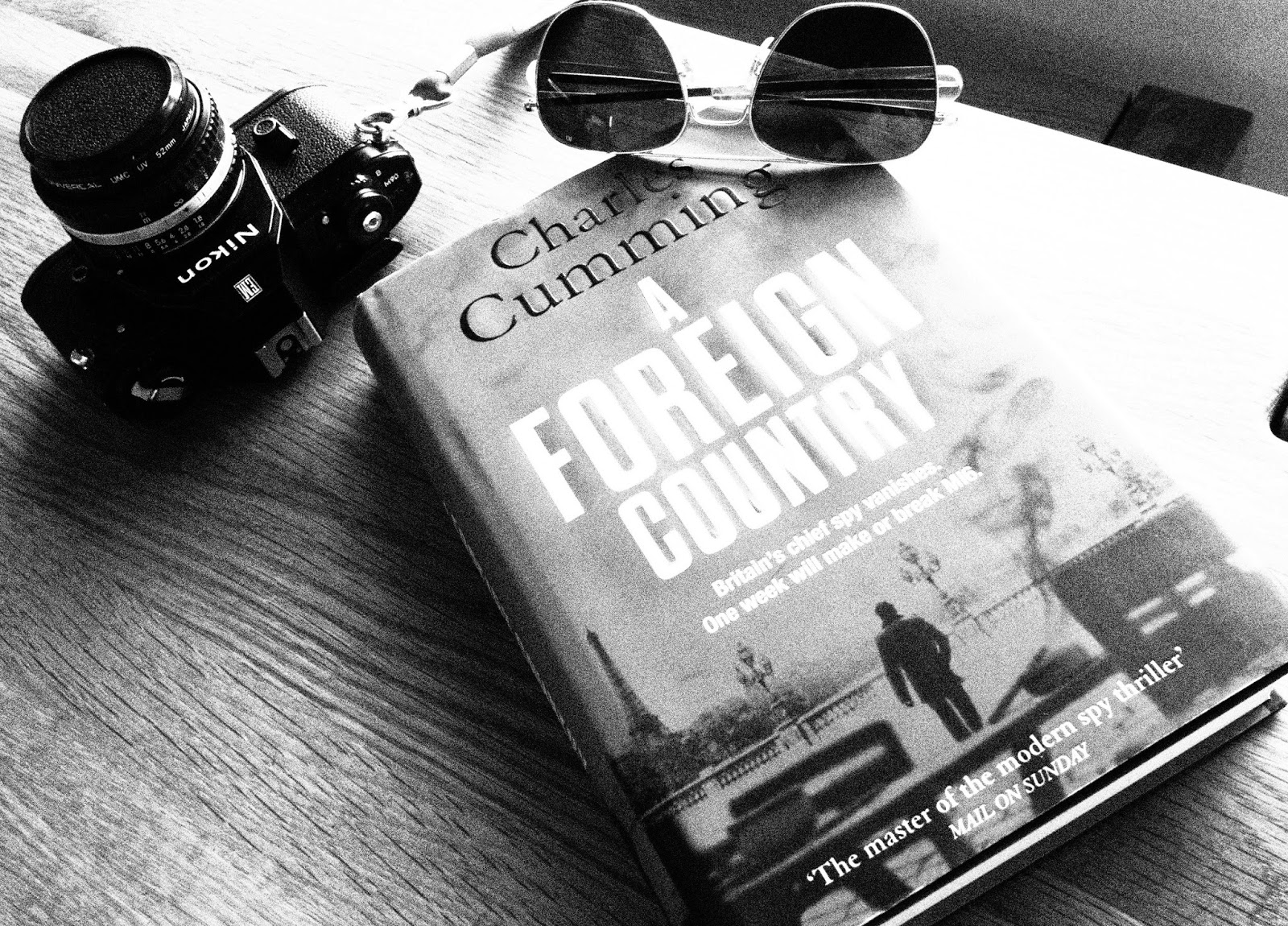 I'll have to finish The Thirty-Nine Steps and then I'll get started on this one.

Headed into the city with my daughter to the National Gallery of Victoria. I still had a few notes that I wanted to take and I wanted to get some better photos than the ones I took with my phone a couple of weeks ago.
This particular painting had an effect on me. I think I had my very first 'art moment' 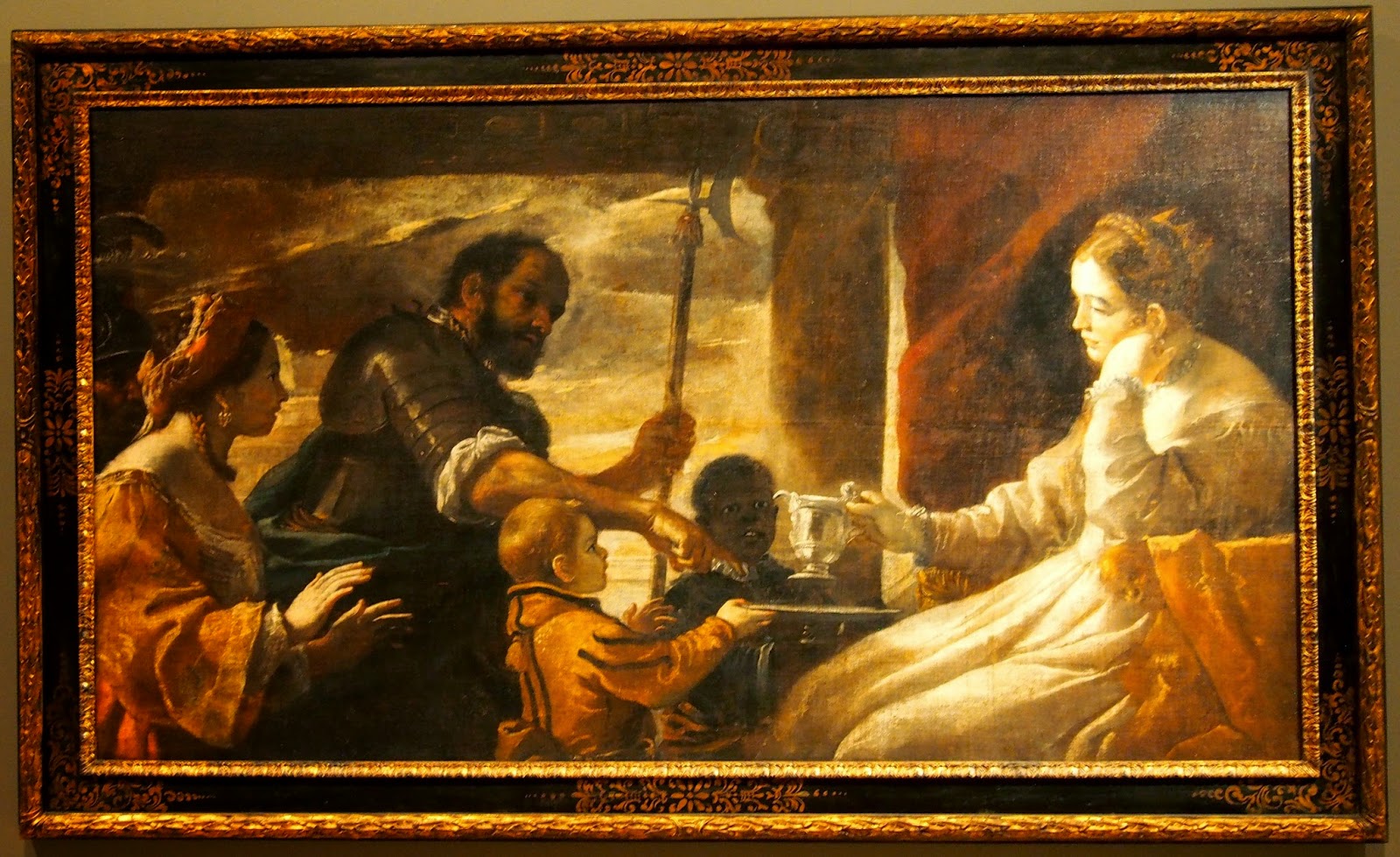 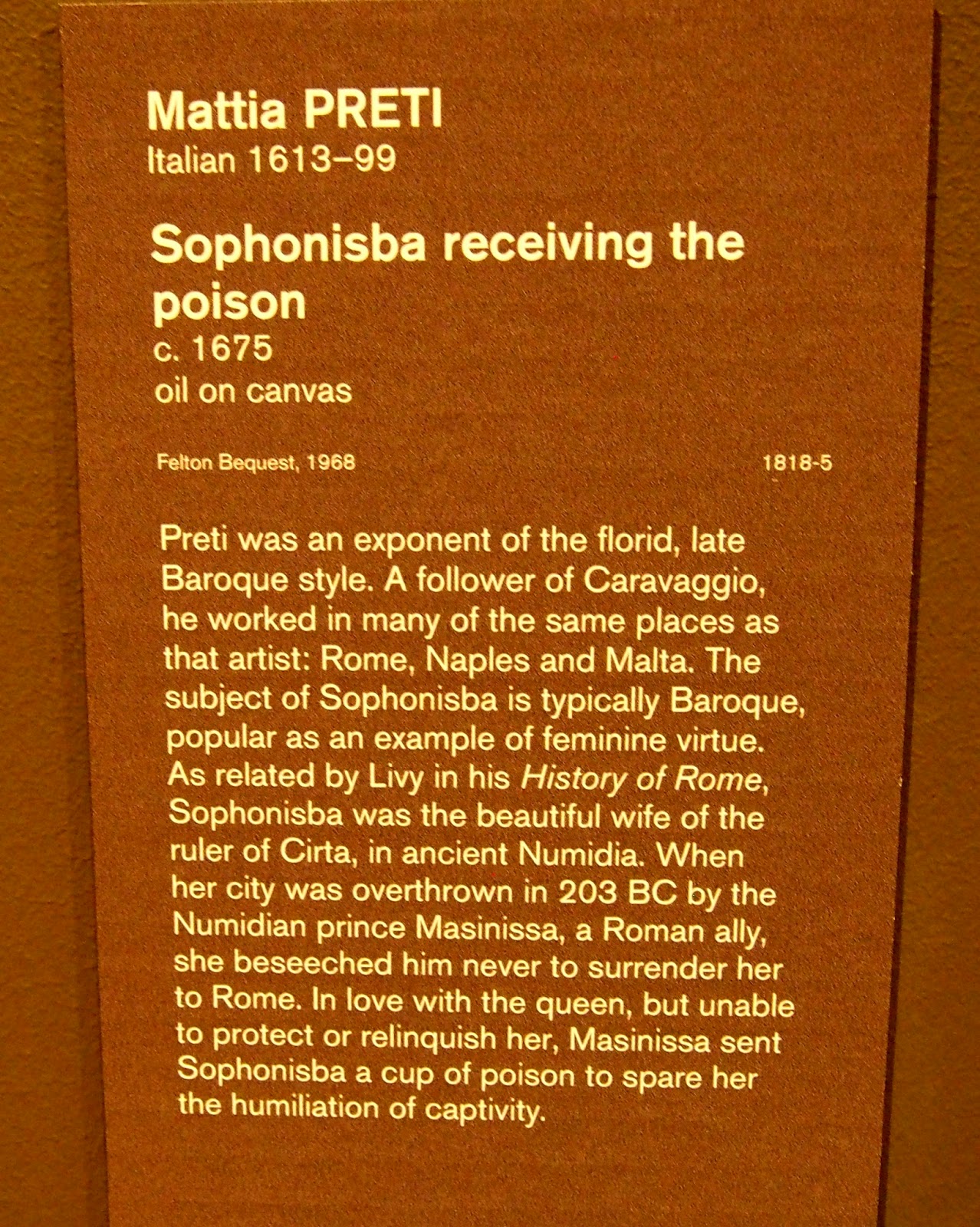 I don't know whether it was the story behind the painting, whether the futility of Sophonisba's predicament was particularly tragic, the expressions on the faces of those in the painting, or something else, but I was moved by this painting.

Here's a close-up. I'm always amazed at the detail and the lighting in oil paintings. 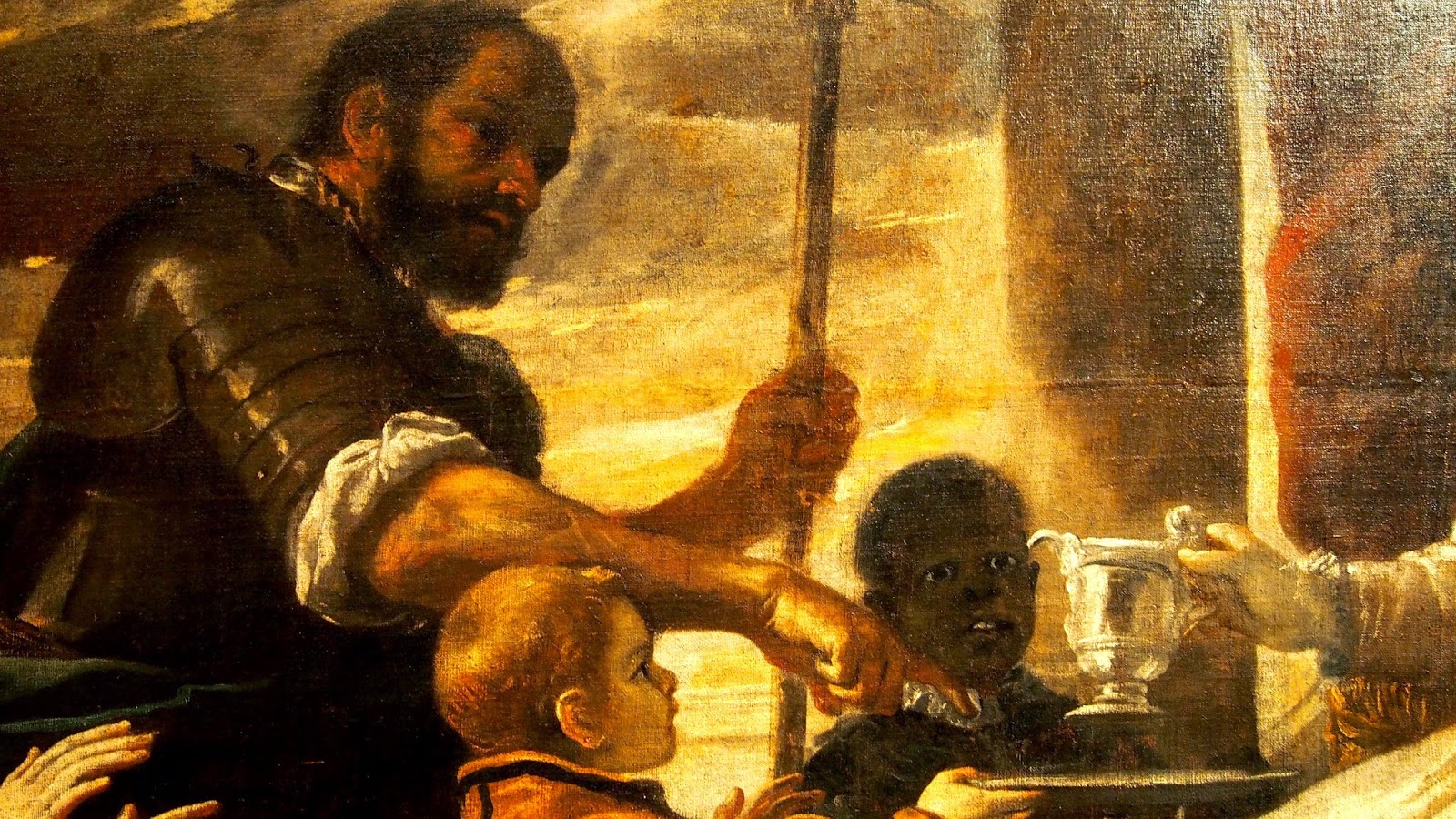 I took a heap more photos, but I think it needs its own post.
My wife and son met up with us a couple of hours later and we went off for an early dinner at a bistro that I worked at 20 years ago. Where my wife and I first met. I was still wearing the Omega Planet Ocean. Here's a shot that I tweaked with the iPhoto app.
Man, you can waste a lot of time with these apps. 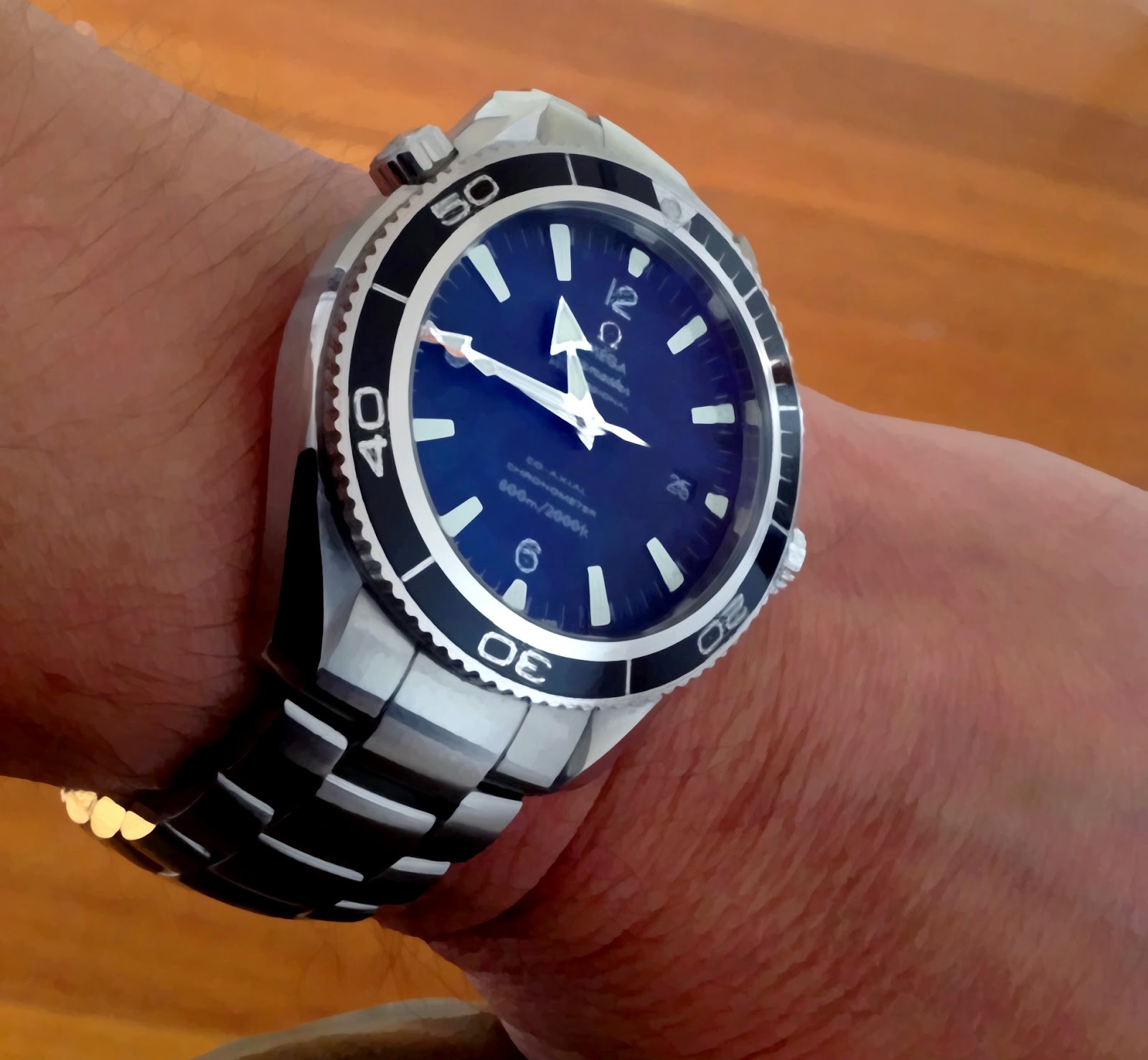 Thanks for reading and have a great weekend, all!
Posted by teeritz at 05:14