Sat 20/9/14 - Visit To The National Gallery, Harrelson & McConaughey Were Robbed(!), Another Lettera 32 & This Week's Wristwatches.


I think this'll be a short one, gang.

Monday
Not much to report. Planned my day. It was lack-lustre. Had my 1969 Omega Seamaster on. 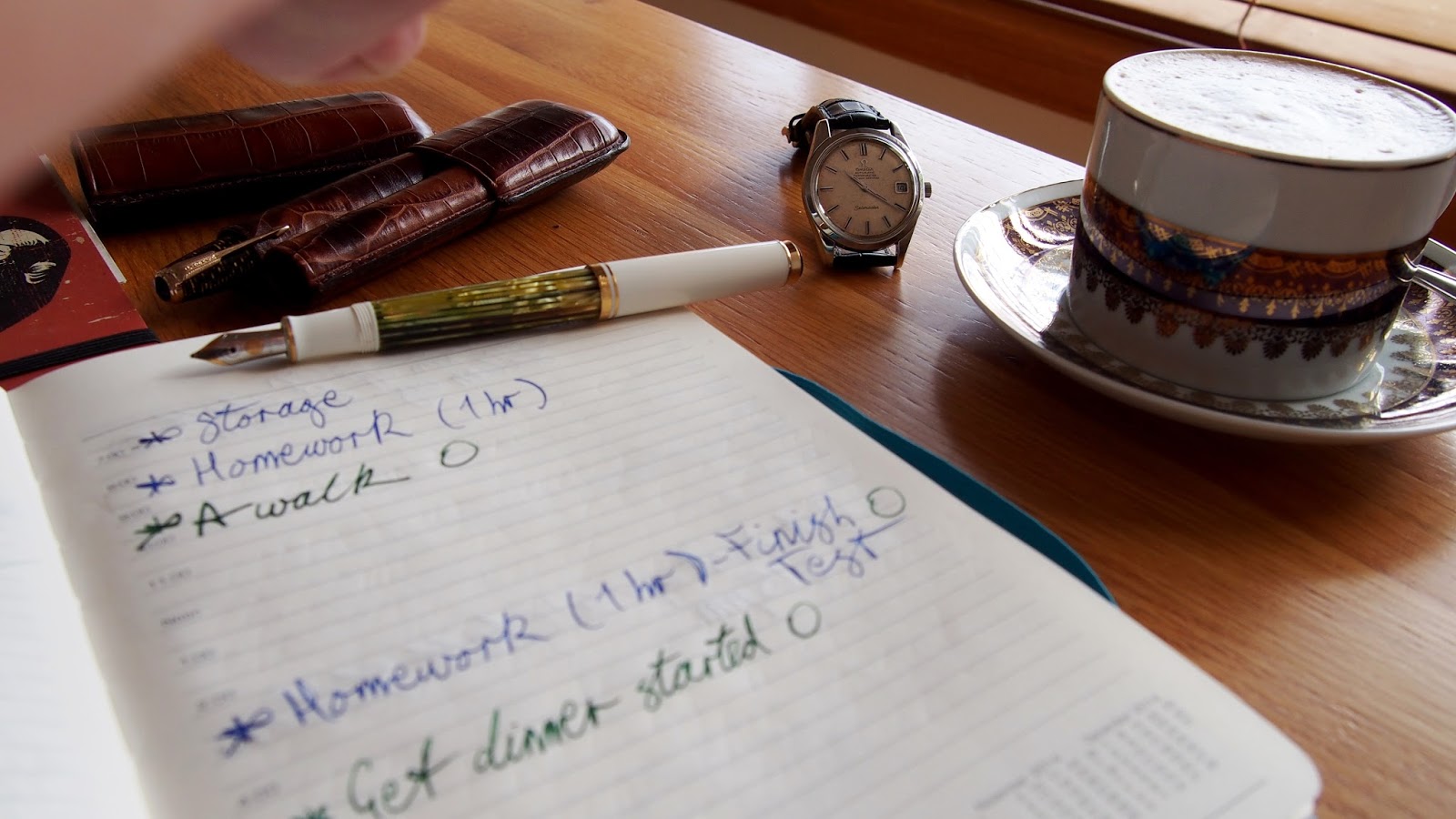 Switched over to the Omega Speedmaster when I tackled a tonne of ironing. 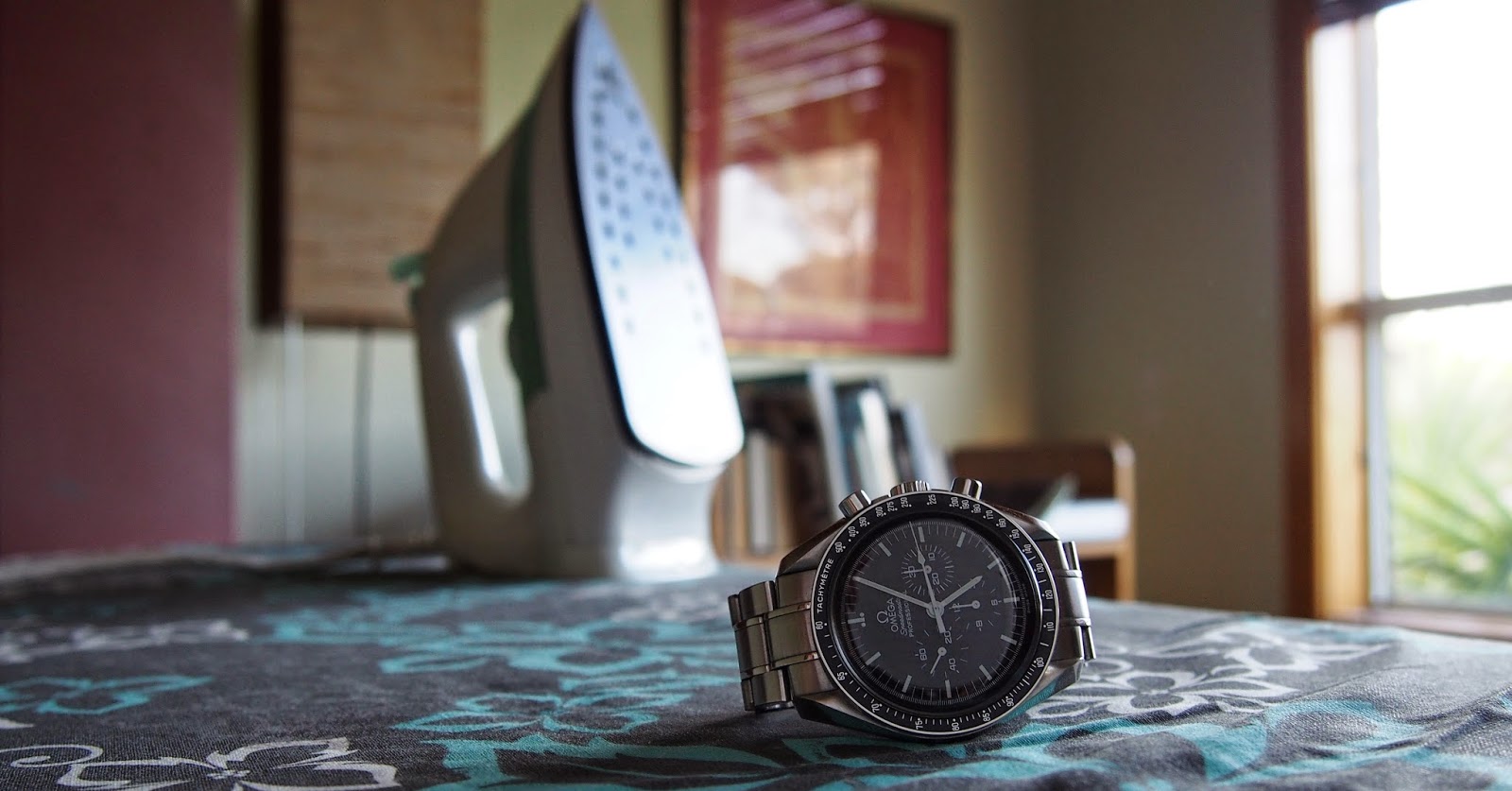 My wife brought home a roll of plastic book covering. The kind used to cover the dust jackets on hardcovers. I decided I could use the practice. 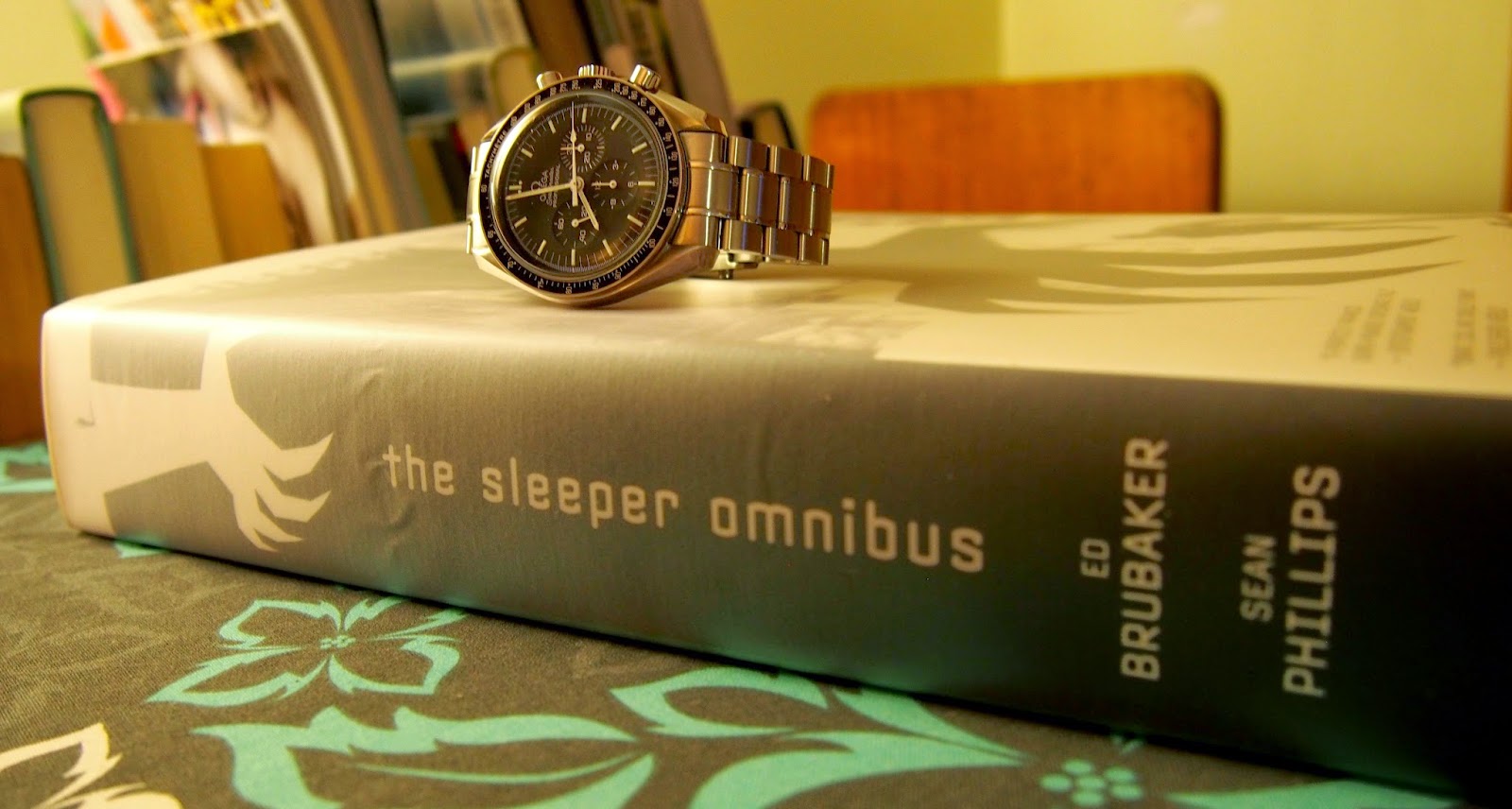 Wednesday
Headed out to the National Gallery of Victoria to do preliminary research for an assignment to do with how institutions house, display and protect their collections. Didn't take my camera. Looks like I'll have to go back. I took quite a few notes, but I think I'll have to see some other exhibits, since I spent all of my time viewing the 17th & 18th Century European Collection. I'll get some pictures next time. I wore my Omega Planet Ocean. I was meeting my brother later on and he expressed an interest in this watch, so I thought he could try it on to see what he thinks of it. 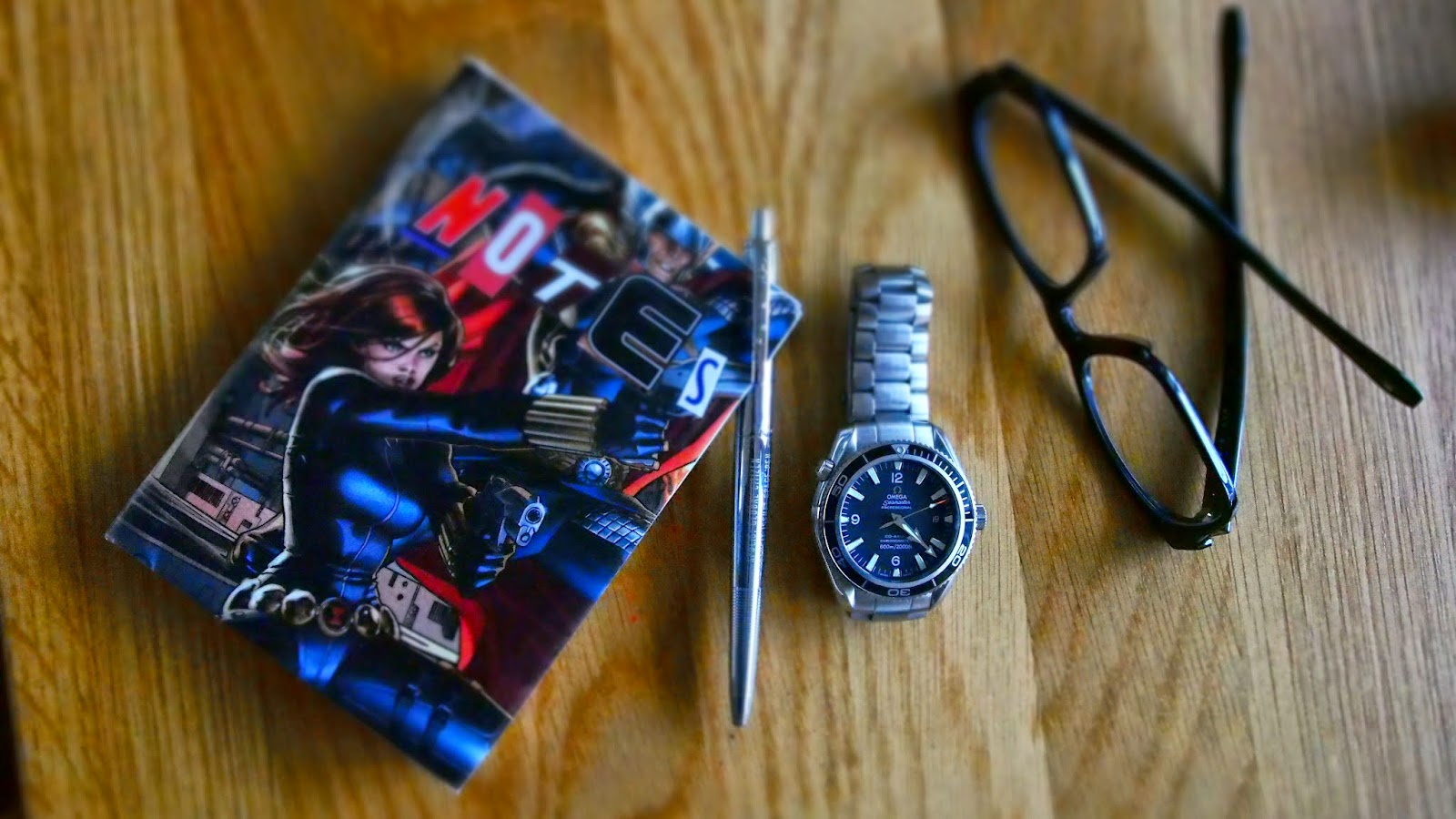 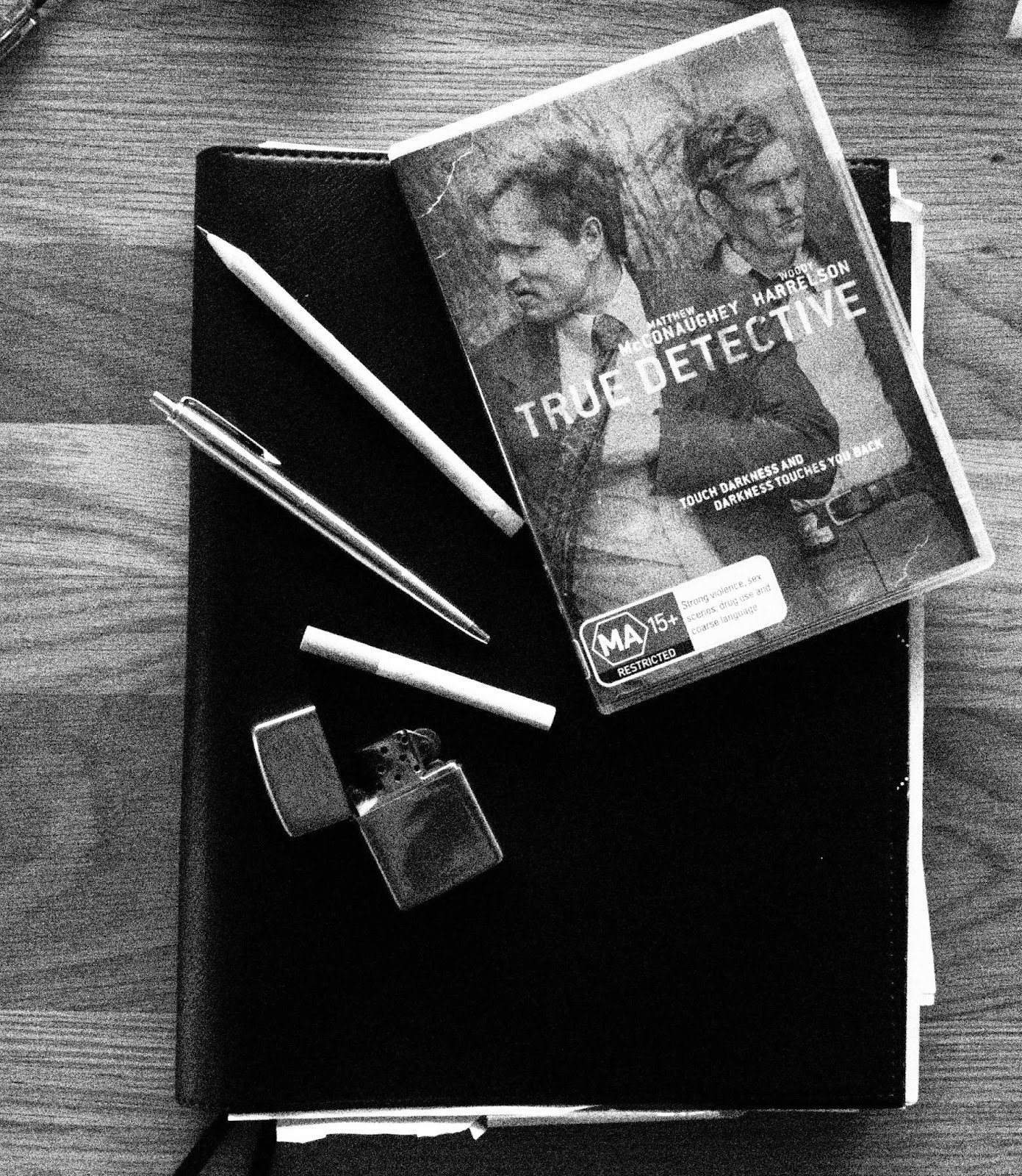 The story begins in the present day, where former detectives Martin Hart (Harrelson) and Rust Cohle (McConaughey) are being interviewed separately over Cohle's presence at crime scenes which bear a strong resemblance to the ones that they both investigated back in the '90s. The authorities are curious as to what Cohle, who quit the force shortly after the investigation wrapped up in '95, is up to and they think that his former partner may have an idea. These interview scenes are interspersed with flashbacks to the 1995 investigation.
Written and produced by Nic Pizzolatto, this is a dense and multi-layered story which takes many well-known elements of a police procedural and turns them upside-down. For starters, this ain't no Lethal Weapon/ Bad Boys buddy-cop movie. Harrelson's character, Marty Hart, thinks that McConaughey's Cohle is a pain in the ass. Cohle is nicknamed "The Taxman" in the department for his habit of carrying a large A4-sized binder where he writes down copious notes and drawings at the scene of the crime. He talks in a particularly existential manner which, as you can imagine, wears down the patience of his good ol' boy partner, Hart, who calls a spade a spade.
Director Cary Joji Fukunaga elicits outstanding performances from his cast. There is not one ounce of bad or cliched acting to be found in this show.
It is amazing to watch Harrelson and McConaughey in this. One could be forgiven for thinking that Harrelson is merely a competent actor when one thinks of his debut in TV's Cheers back in the early 1980s and his subsequent roles in comedies in recent years, usually in supporting roles. However, he got rave reviews for his role in The Messenger in 2009, as an army captain tasked with delivering the news to families of soldiers killed in action in the Middle East, and that role was perhaps what helped him land the role of Martin Hart.
Matthew McConaughey, fresh from his Oscar win this year for The Dallas Buyer's Club, is another actor who has been mistakenly labelled a lightweight in the past. He spent the first decade of this century making films such as Fool's Gold, Ghosts of Girlfriends Past and  Failure To Launch, but thankfully, he did a film called Mud a couple of years ago and garnered good reviews for his work.
In True Detective, he turns in a wonderful and complex performance of a man often misunderstood, a man with his own demons and a fondness for Jamieson's Irish Whisky and Lone Star beer. And Camel cigarettes. My God, how much he smokes in this show! I hope they were herbal.
It's no coincidence that McConaughey's character is named Rust. He is both persistent in his quest and corrosive in his relationships.
These two leads are electric. Both actors give their characters multiple layers and various levels of frustration, self-justification, righteousness, selfishness and determination.
Although, I have to say that the entire cast is flawless. Michelle Monaghan plays Hart's wife and she doesn't put a foot wrong. Another great performance.
True Detective scored 12 Emmy nominations earlier this year, but the statuettes were all pretty much scooped up by the final season of Breaking Bad.
How in hell Harrelson and McConaughey didn't win, I will never understand. HBO restored my faith in television a long time ago and this show, particularly the performances of the two leads, helped make True Detective the best drama I have seen in a very long time, in either a cinema or my lounge room.

Friday
My wife bought me a Holy Bible from an Op Shop. I ain't overly religious, but she thought I'd like this copy because of how old it is and the inscription inside it; 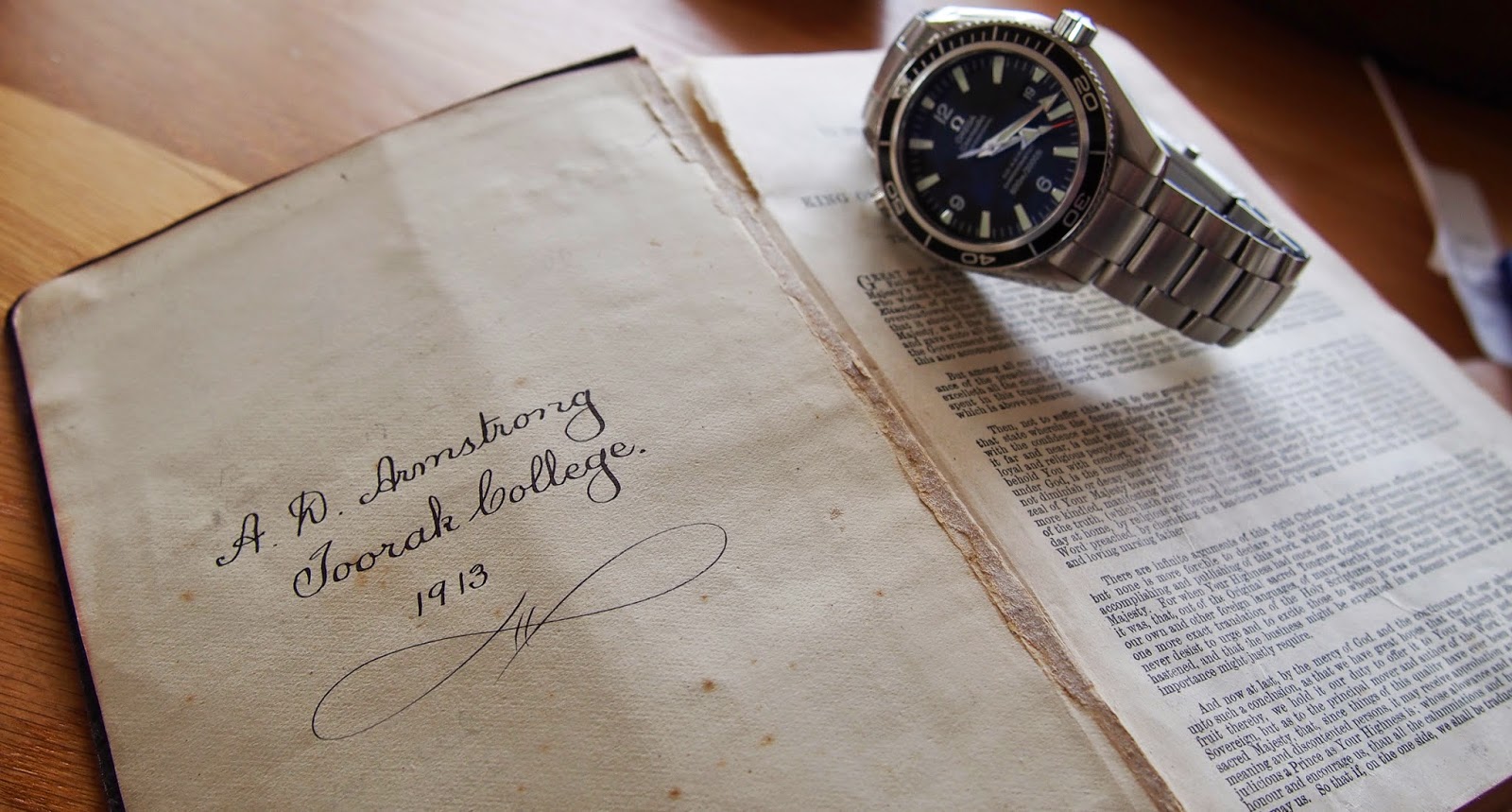 Ahh, such flourish. Meanwhile, I picked up a Lettera 32 earlier that day. The paperwork that came with it was pretty cool. 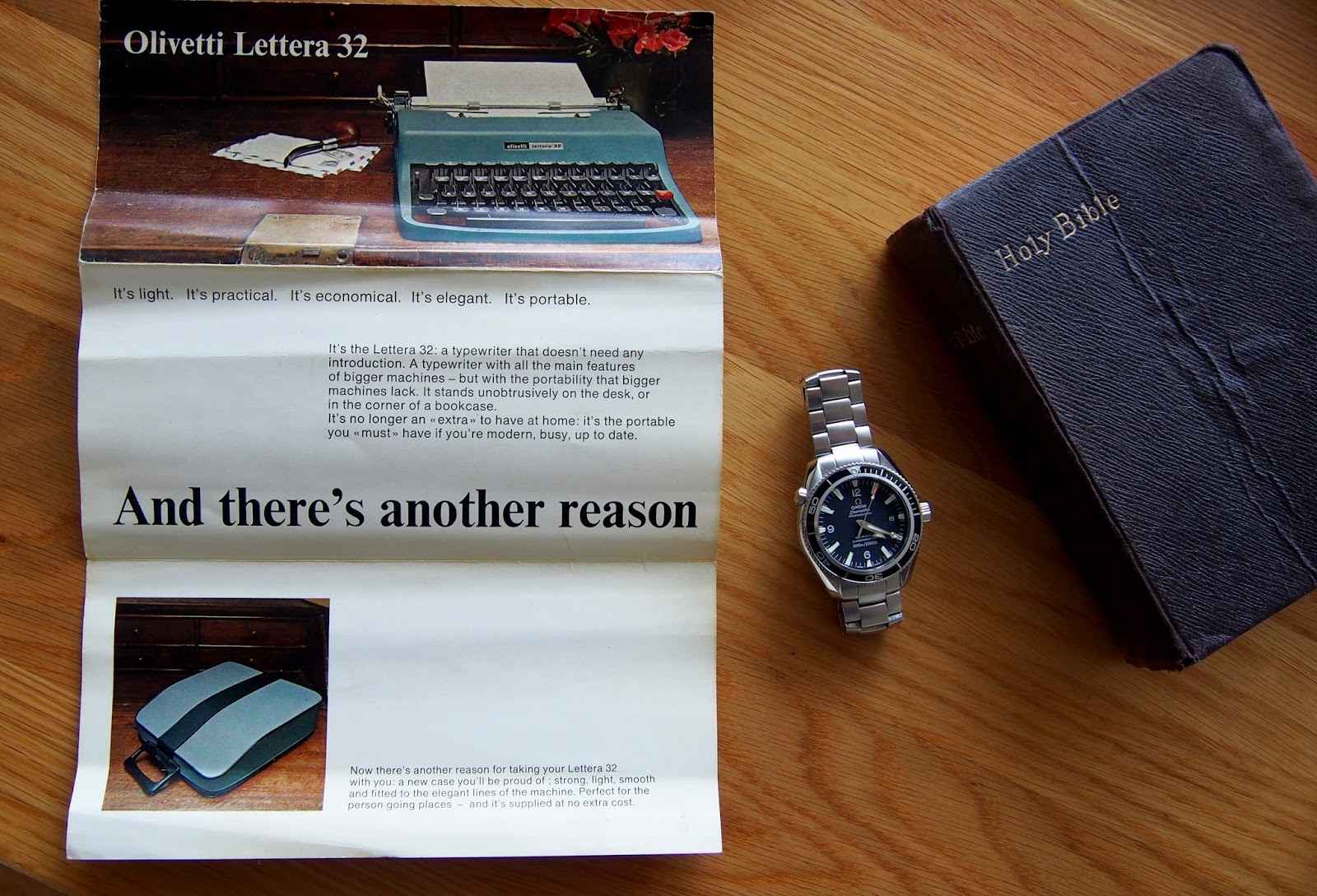 Sadly, this machine, while in very good working condition, has an issue with the ribbon reverser, which doesn't appear to switch over to the other side when you get to the end of  the ribbon. I've given the mechanism a dab of sewing machine oil, but this doesn't seem to have made much difference. It may require a trip to Tom for some light repair. The descender on the lower-case letter 'q' doesn't print fully on the page, either, but I'm not game enough to start messing with that. Tom has a tool that should sort it out easily.
Aside from that, it works very well. The plate on the back says 'Made by Olivetti', but doesn't mention a country. I'm guessing this machine dates back to the late Sixties/early Seventies, based on the paperwork above, but I haven't looked up its serial number yet.

Today
The kids finished up school yesterday for this semester and they have a couple of weeks off, as do I from my own studies. I got a bucket-load of assignments to get done and I have to go see a couple of people this week about some part-time work later in the year. Things are getting busy.
I also plan to keep the kids busy over the next couple of weeks. It's not gonna be all Playstations and internet make-up tutorials, let me tell you.
Tomorrow is my Dad's birthday. He would have been 88. I'll light a candle for him.

Thanks for reading and have a good rest of the weekend, all.
And here I was, thinking this would be a short post!

Special thanks to IMDB for the movie info. While I can usually remember film titles and years of production, sometimes I need a little help.
Posted by teeritz at 18:41