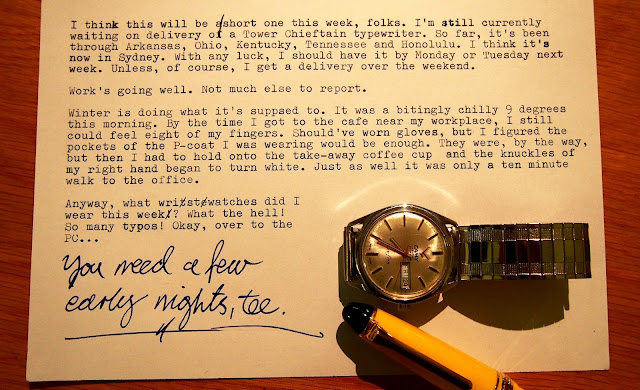 Started the week with the Omega Railmaster; 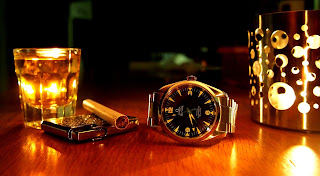 Still had it on a couple of days later. It's been a cold, cold week here in Melbourne town. I needed a shot of scotch (or three) to warm up.
It dawned on me this week that I have yet to receive the results of my Library studies course that I completed last year. A little digging around through some old e-mails and the institution's website reveals that they were meant to send my results to me in the mail by the end of December last year. I got on the phone to the institution today (via their stupid 1300 number) and was informed by the recorded voice on the other end of the line that my call was number 1 in the queue. As I sat on hold for five minutes more, the voice reemerged to tell me that I was number THREE in the queue! My blood began to boil.
Have y'all noticed how there's very little customer service these days. Everything now has to be done via a very inefficient phone system, designed to wear down our patience in the hopes that we'll give up and hang up.
However, I'll be calling them again on Monday, to remind them that I have not received my results yet, and also to let them know how poor their phone system is.
When I called them today, I was (finally!) answered by a polite young lady who told me she was 'just the casual' and didn't know how I could access my results or who I could speak to. She apologised profusely. I said it was okay, even though I had gotten a similar response from somebody else when I called up about my results in November last year. They couldn't help me either.
I thanked her and hung up. Then I decided to try calling the institute directly. That's when I got the automated voice, along with the shifting around in the queue.
I'm gonna call them back on Monday. God help them.

Switched over to the Camy Club-Star midweek; 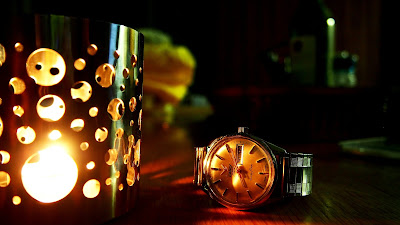 I'm really liking the fit of the Twist-O-Flex bracelet. Gotta snag a few more of them for other watches, despite the fact that they can wear down the lugs of a watch. I'll just have to be careful.
I checked the timekeeping on this watch later at work. It's losing a shocking 51 seconds a day!
Definitely should get it serviced sometime. 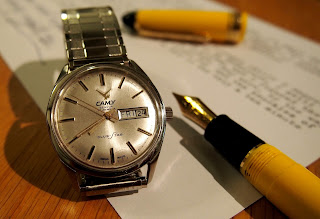 Still, it's a smart looking watch, with its metallic silver dial that gently curves downward toward the outer edge. The contrasting gold-tone hands and markers make for a nice mix of colours. This is a hand-wound watch and it certainly winds smoothly, despite the lousy timekeeping. However, it's good enough for a few days of wearing, where utmost accuracy is not important.
And, at 35mm in diameter, it's a classic size, as far as I'm concerned. 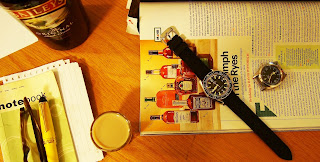 Got home from work, had dinner, then decided to switch over to something else. So, out came the WatchCo Omega Seamaster 300 on a Tropic rubber strap. It's not exactly Summer, but I thought this watch might make me forget how damn cold it is out there.
The watch next to it is a fake Zeno 'Explorer' that I bought years ago thinking that it was the real deal. My son has been wearing it for a few years and it finally began playing up. Kept stopping while on the wrist. No way am I gonna spend any time or trouble getting this watch fixed. Time to relegate it to the scrap heap. Looks like the time has come to get him a new watch. In the meantime, he's been wearing one of my Seiko dive watches. I'll have to get a better strap for that one.

And that's another week done. I hope yours has been a good one, and I hope you all have a pleasant weekend ahead.