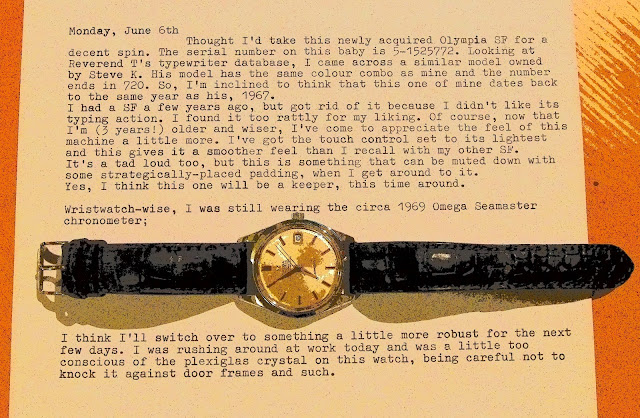 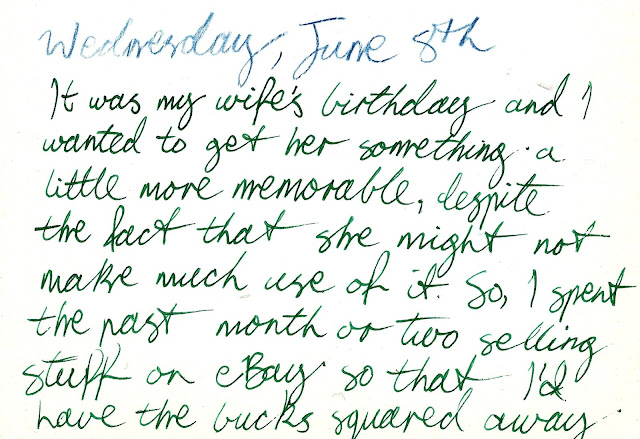 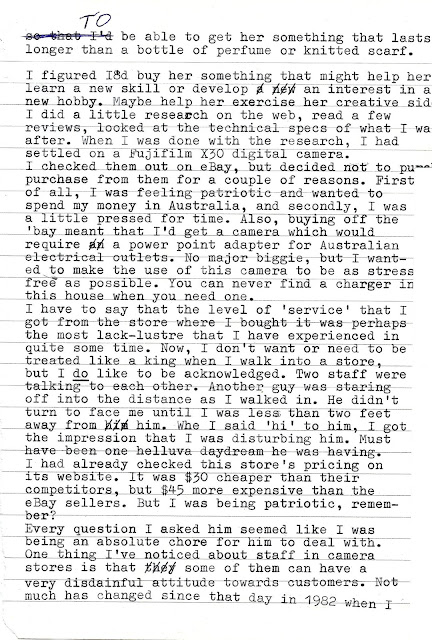 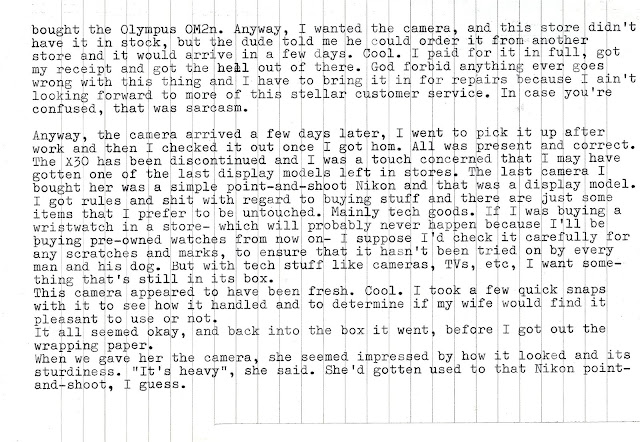 (Geez, a few typos there, teeritz!) 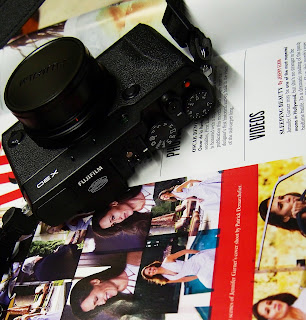 Here's the camera that I bought her. We spoke about it later that evening and she said she'd like to learn how to use it to its best extent. I told her I thought it would be a good creative outlet for her, and that was my main reason for buying it to begin with.
I hope she spends a little time with it. I think she may find it a little daunting at first, but that should pass.
Happy Birthday, amore!
Next up is a cheapish case for it. Back to eBay I go.
I must say I've liked what Fujifilm have been doing in recent years. I myself have been interested in their X100 series for a while.
Think I'll have to sell some more stuff on eBay. 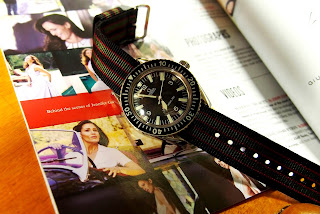 Ahh yes, the watch that I switched to. I opted for the Seamaster 300 on a TrueBond nylon strap. very comfy.
This is such a pleasant watch. It was one of my Grail Watches. Basically, if I've been hankering for a watch longer than five years, it becomes a quest. This Seamaster 300, my Sinn 103 chronograph, and the Rolex Submariner 5513 were my three obsessions. Yep, they took a while, but I got there in the end. 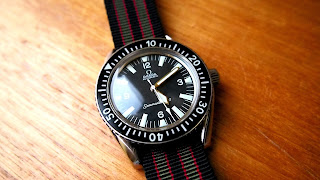 I have to say that now that I find myself in a job where I stare at a computer screen for a great part of the day, I'm less inclined to jump on the computer and/or internet when I get home. These Friday posts can feel a little tricky lately, hence the reason why last week's post didn't appear until Sunday.
These weekly posts may get shorter as the months roll by, but I'll try to put one up every week or two.

Today's watch was another one that I'll never get rid of. It's a perfect watch for me in many ways.

The 36.2mm Omega Railmaster Co-Axial, seen here with a book that I read about in a short review a year or so ago. It covers Hemingway, Faulkner, Scott Fitzgerald and Raymond Carver, among others, and has to do with these writers and their relationship with alcohol.
I must admit that I haven't been reading as much lately as I used to. I tend to stay up a little too late, flicking between TV stations- that are screening such crap as Tattoo Nightmares, Pawn Stars and other similar 'entertainment' -in the search for something worth watching. I don't want to watch documentaries about some half-forgotten celebrity as they uncover their family history; "Ohh, he stole the goat because his family was starving! And he went to gaol (jail) for fifteen years and never saw his wife and children again!"
I don't want to watch some late night talk show (Hey, Jimmy Fallon, no guest is THAT funny!) that is a reminder that Johnny Carson did indeed leave behind some big shoes to fill, and I don't wanna watch CSI:Whatever, 'cos they just don't make cop shows like they used to.
So, I'm going to try to get to bed a little earlier for a while and catch up on some reading. Once I'm well and truly settled into the routine of this job, I'm gonna try taking another stab at the writing.
For the hell of it, if nothing else.
The best-laid plans...

Anyway, it's now just gone nine-twenty pm and I'm feeling a little tired. We got a long weekend coming up, thanks to the Queen's Birthday Holiday on Monday, and I'm meeting up with a fellow wristwatch nerd sometime tomorrow afternoon.

Thanks for reading, and have a great weekend!
Posted by teeritz at 04:22