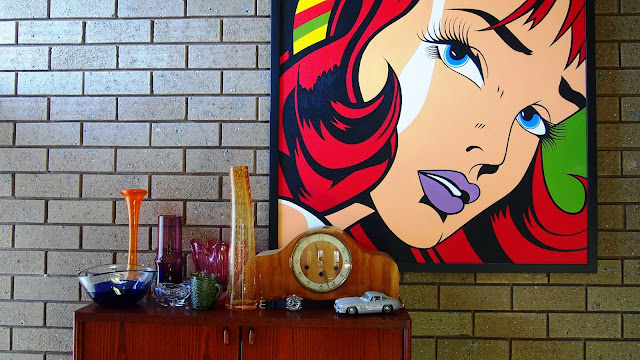 I've been wearing the Omega Seamaster 300 for most of the week. Last weekend, I thought I'd take a crack at making a tiramisu. This has been an ambition of mine for a few years now.
You need eggs, savoiardi biscuits, cream, two cups of strong coffee, one cup of marsala, and a heap of mascarpone cheese.
I didn't have a blender or mixer, so I had to whisk the eggs, cream and cheese the old fashioned way, by hand. Took a little longer, but worth the effort.
Once the mix was done, my daughter dipped the savoiardi biscuits in the coffee and marsala before placing them into a rectangular baking dish. Once a layer of biscuits covered the base of the dish, we spooned on a thick layer of the egg/cream/mascarpone mix.
And so on, and so on, until we reached the very top edge of the dish.

Then, we covered it with cling wrap and put it in
the fridge for a few hours.


Later, I got it out of the fridge and sprinkled some cocoa powder on top of it. Not too much. Just enough to provide a bitter contrast to the sweetness of the filling.
It tasted fantastic. I'll never have to order it in restaurants ever again!
One flaw- we should have soaked the biscuits in the coffee/marsala mixture a little longer. They still had a slightly hard consistency. This, however, changed over the next two days as the biscuits continued to soften. 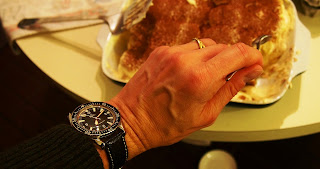 I was still wearing the Seamaster 300.

Wednesday afternoon, I got home from work to find that this had arrived; 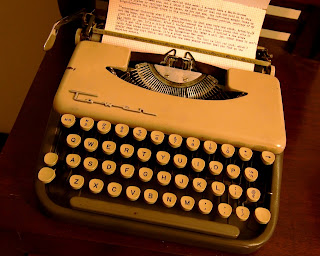 It'll need some TLC, but it's a great typer. The carriage return lever on these, and the later Smith-Corona Skyriters, were a vast improvement. And I love the mid-Century styling of that chromed 'Tower' logo. 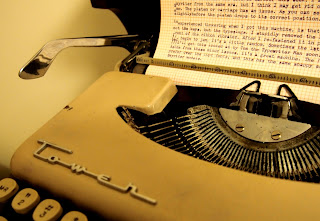 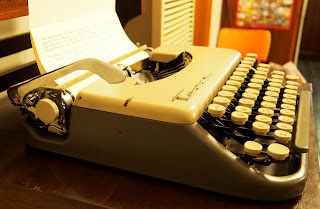 Anyway, another week down. Tomorrow is Election Day here in Australia.
I know somebody, however, who couldn't care less. She's been lying on a cushion all day; 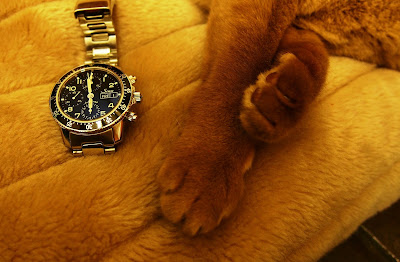 I switched over to the Sinn 103 St Sa chronograph when I got home from work.
Okay, another late one. Thanks for reading and have a great weekend!