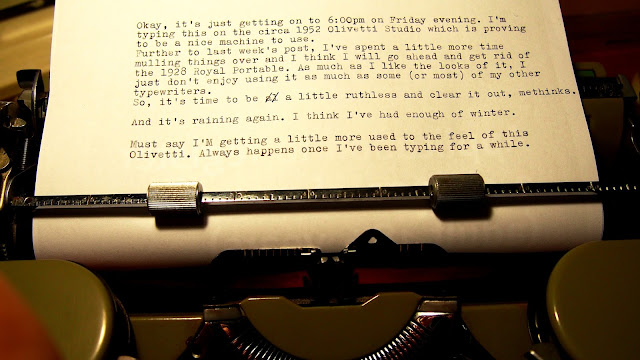 Let's see how long I last this week. This one is coming to you live from my desk in the study. I finally managed to clear the top of it and got a lamp and the laptop on it. Sure, the electrical cord runs right across the room- until we get another power point fitted closer to the desks- but it seems to be working okay for now.

I thought I'd tip my hat to a blog that I've been reading for the last few years called BAMF Style. Basically, it's a style/clothing blog where its author, Lucky Strike, takes a character out of a movie and then gives a breakdown of that character's wardrobe. The research is thorough, the pictures are great, the clothing detail is nicely explained. Here's a recent example, which is pretty much a 101 class on Indiana Jones;

His James Bond post was phenomenal. It was Lucky's birthday recently, so I'm raising my glass to him. Cheers, pal.

I started the week with the circa 1969 Omega Seamaster Chronometer;

I started this Henry Porter book nearly two months ago. Then I got side-tracked reading that book on the making of Casablanca.
Needless to say, I haven't finished either book!
Time to knuckle down and get back into reading. I kept falling down that stupid rabbit hole of uber-crappy TV shows (Pawn Stars, World's Most Dangerous Drivers, etc, etc) and spending too much time on the internet looking at the same old sites. Neither of these pursuits enriches one's life too much.

Hey, remember how I finished my Library Studies course last August? Well, I still haven't received my Certificate. And that pissed me off no end.
I called the institute back in November and was told that I would receive it in the mail in the second week of December. Then I forgot all about it in the lead-up to Christmas.
Then, I tried calling them again a month ago and spoke to somebody who had just started in the job and wasn't sure of who I could speak to.
So, I waited two more weeks (it was semester break) and then tried calling again. The very helpful lady sent me a form to fill in and also suggested I call the Course Administrator to organise getting my Certificate.
This Course Administrator was a tricky guy to get hold of. Took me another week to catch him on the phone. Of course, I could have left a a message for him, but I hate leaving messages.
He said he'd send me yet another form to fill in and e-mail back to him. I've yet to do this, but I'll tackle it over the weekend.
Gotta say I could probably get my hands on the Gettysburg Address easier than I can on this Certificate. As regular readers may know, I'll never actually use this Certificate, since I have no intention of applying for work in the library industry, but I want my piece of paper that states that I actually completed this course. Successfully, I might add! 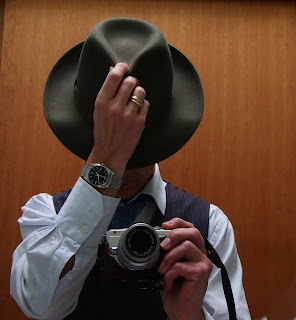 Yeah, I wore my hat in to work because it was raining when I left the house that morning. Course, the sun came out by 11:00am and I felt just a tad over-dressed when I caught the train home in the afternoon.
I even wore a tie. My co-workers are sometimes surprised by this, since we work in an office setting and don't deal with outside customers face-to-face. I explained to them that I have quite a few ties and they don't get worn as much as they used to.
You know that tired old line; Dress for the job you want, not the job you have?
Well, that's a stupid idea. If you're a waiter, you can't turn up to work in a suit.
I dress for myself. Simple as that. 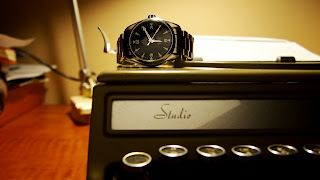 So yeah, I switched watches. I wore the Omega Railmaster. I friggin' love this watch. Simple, clear layout, right size for my wrist (for this type of watch), and near-perfect timekeeping. This one's a keeper, gang.

And I think that's about it, y'all. Got a few jobs to tackle over the weekend. I would have done them last weekend, but when I got the cordless drill out and spent an hour charging up the battery, I found that it was still dead. I headed out to the nearby hardware store and basically, it works out a helluva lot cheaper to buy a new corded drill than it does to buy a new battery for the cordless one.
So I snagged a new Bosch impact/hammer drill for eighty bucks. Looks like a cross between my Dad's old power drill from the '70s and some futuristic sci-fi side-arm. Cool.
Let's see how much damage I can do with it over the weekend.

Anyway, have yourselves a great weekend and thanks for reading!