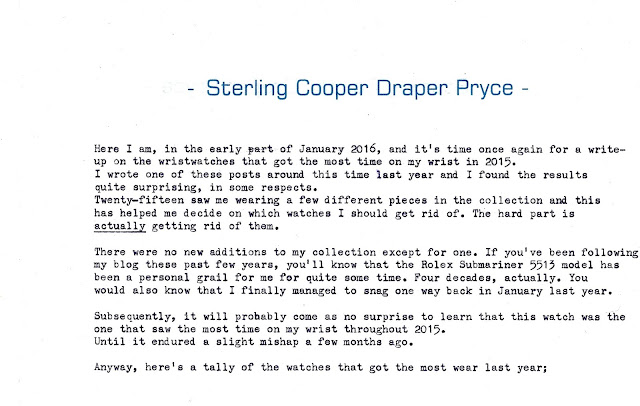 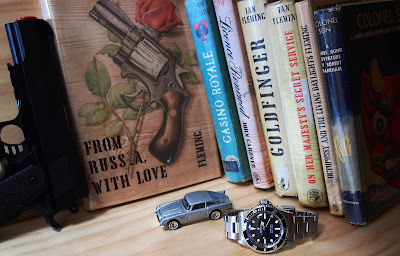 After wanting a Rolex Submariner 5513 ever since I was a kid in the mid '70s, I finally managed to snag one in January 2015. Needless to say, this watch got the most wear, clocking up 27 weeks out of the year until it had a slight mishap in October where the crystal and bezel fell away from the case while I was changing the strap. I don't need to remind y'all that I sold watches at a boutique for over ten years and that I've been collecting vintage watches for fifteen years. I know how to handle a vintage watch with kid gloves. After a few back-and-forth e-mails with the seller of this watch, I arrived at the conclusion that I'd always suspected- the crystal is not a genuine Rolex part, but an after-market one. I mentioned this to the seller in one of my e-mails. His response? - "If you're not happy, then send it back. I don't currently have one of these in stock and could easily sell it.', which basically told me that he was really only looking out for himself. Sorry, but there's more to customer service than just offering a refund.
The fact that the crystal is an after-market one is the reason why it came away from the case so easily. A quick (and pricey) repair quote from Rolex confirmed my suspicions. The watch is currently boxed away until I can get the funds together to get it serviced. This doesn't really tick me off. I had always planned to get this watch serviced sooner or later. What does bug me about this is the fact that the seller never, at any point, offered any apology or showed any remorse over the fact that this had happened. Granted, he did offer me a refund, but then he soured this offer when he added his comment about how easily he could sell this watch again.
You live and you learn, Teeritz.
It's still a kick-ass wristwatch, though. 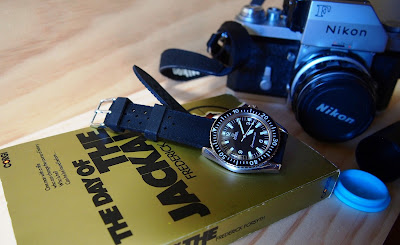 This watch was worn through 19 weeks of the year. Along with the Submariner, this Seamaster was a Grail watch of mine. One that I had wanted for six or seven years before I got it. I've stated this before- the beauty of this watch is that it cannot be mistaken for a Rolex Submariner. The hands, markers, and bezel insert are all different. Perhaps the only things this watch has in common with a Submariner is a black dial and a rotating bezel. I've often thought that if Omega had kept up uninterrupted production of  this watch, it would have had its own equivalent to the Rolex Sub.
3- Omega Seamaster Railmaster (Ref. 2504.52.00), 2009 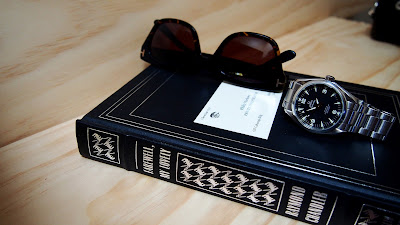 An absolute favourite of mine, this watch was on my wrist 13 weeks of the year. Clean, sparse dial, classic 36mm diameter, it became a go-to watch when I couldn't decide on what watch to wear on some days. The lack of date window meant that I could just pick it up, give it a dozen winds or so, and then put it on my wrist. And its sharply legible dial made it ideal in all lighting conditions. There has been some speculation that Omega may release a new version of this watch sometime this year. While this sounds interesting, I have such a strong affinity for this watch that I can't see myself replacing it with a newer model.

When I looked over last year's weekly wristwatch posts and saw that I had worn this watch over ten weeks of the year, I was quite surprised. Then I stopped and thought about all the extra little handyman jobs that I had done during the year. We gave our old house a coat of paint, we packed up all of our stuff and moved it into our new house. Also, since moving in, I've spent quite some time building and varnishing some bookshelves. All of this activity required a watch that I could wear without worrying about scratches, dents or paint spills. That's where this Seiko came in. Although, subconsciously, I must have still been careful with this watch. Probably the worst thing that happened to this watch was a fine coating of sawdust. 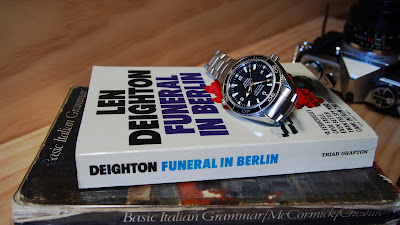 In equal place with the Seiko above is the Omega Planet Ocean. Worn ten weeks of last year, I had it on my wrist when we ushered in the New Year. This is the 42mm model. I love the reassuring weight of this watch and its sharp dial. This model's time-keeping is just slightly out of Chronometer specifications, but it's not bad enough to bother me at the moment. When the time comes to get it serviced, I'll be expecting it to run flawlessly after that.

Nine weeks of 2015 saw me wearing this 36mm Omega. With all of the house-related admin tasks to be done, along with various job interviews that I had, this was the watch that I wore on those occasions. Understated, classic, and just plain cool, it was worn for those times when I needed a watch that wouldn't be a distraction to me, but would operate clearly and dependably. Although, I still found myself getting a little distracted by its rich, deep, glossy black dial.

Along with the Rolex Submariner and the Omega Seamaster 300, this Sinn chronograph was another watch that I had spent a number of years yearning for. It has numerous features that make it an excellent value when compared to similar watches in other brands that sell for twice the price. A very robust watch, with more water-resistance (200m) than I'll ever need, it was worn over seven weeks of the year. I recall wearing it quite a bit over Summer, since I didn't have to worry about this watch with regard to sweat, grime, sea-water, etc.

The other chronograph in my collection, this one graced my wrist on four weeks of the year. I'm surprised that I wore it so infrequently, but I think it has to do with requiring something with a stronger crystal for all the DIY projects around the house. From memory, I think I wore it for a full week at some point. Maybe I overdid it? Either way, it's a classic watch that really needs no introduction. I can see myself getting more wear out of it later this year through the Winter months.

For those times when I had meetings with my solicitor and/or real estate agent, I wore something a little more old-school. This early '60s Omega purrs along beautifully. It's one of the first vintage pieces that I bought, way back around 2000/2001. This watch is over fifty years old, but I don't think it's reached middle age yet. Plenty of life left in this one. 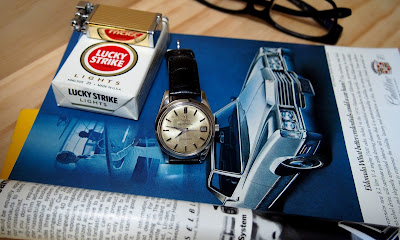 Another vintage piece which, like the Omega above, was worn over two weeks of the year. Again, I wore this one when I had meetings to attend, and this is the watch I had on when I handed over the cheque to pay for our new house. I needed a little extra precision that day. This watch only loses about three seconds per day. Well within chronometer specifications. The dial has a slight blemish on one side, and I'm tempted to try cleaning it, but I could make a complete mess of things. I think I'll wait until I decide to get it serviced. Whenever that will be.

And there you have it. A varied group of watches. Again, this has been a good exercise in helping me determine which pieces in my collection to get rid of. I already have one watch ready to move. It's the blue-dialled Tudor Prince OysterDate, with its numerous flaws which I will outline in the listing. I'm thinking that I'll wait until late January when everybody's back in gear before I put it on eBay.
Other than that obvious choice, I think I'll have to take a closer look at the collection to see what else I can shift.
I'm sure there are a few others that I wouldn't miss. I just have to convince myself. I've had a couple of instances of seller's regret in the past.
However, the aim would be to end up with a collection of pieces that actually get worn. Sure, some would get worn more often than others, and some would only get worn for specific purposes like woodworking projects or gardening.
The idea, though, is to whittle the collection down to a group of watches that are there to be worn. Otherwise, I'm basically the caretaker of a private wristwatch museum.
And that's just stupid.

Thanks for reading!
Posted by teeritz at 00:00