I was going to go and have a look at a house auction on Saturday morning, but since my wife and I had ruled it out as a potential purchase, there was really no point going. The real estate agent (a nice lady) informed us that she was expecting it to fetch around $700,000 to $730,000. I read in the paper the following day that it was Passed In at $830,000 and the Reserve Price (the minimum that the seller would expect) was $850,000. We're going to see more of these over the next few months. Estate agents will always claim that they don't have a crystal ball ("No! Really??) and therefore can't give a more accurate indication of price. I suspect this is true to an extent, since emotion can kick in on the day and people can wind up bidding higher than they'd planned to. However, these agents must have a better idea of what a house will sell for, once they factor in condition, size, location, etc. However, since they're gonna make 2% of the selling price as commission, it is in their interest to see the house sell for as much as possible.
Anyway, the game (and it is a game) continues.
I wore the Submariner for most of the day; 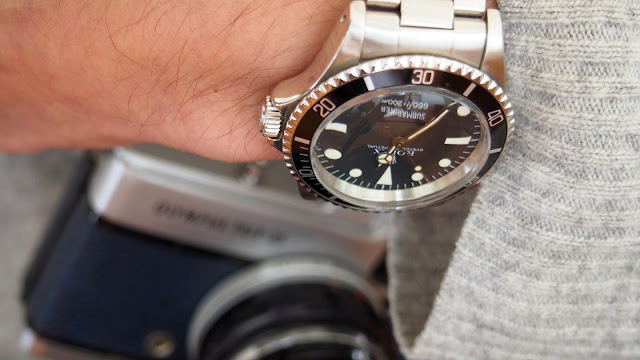 ...and switched over to a watch that I haven't worn very much at all in recent years, the Oris Modern Classic;

Thirty-seven millimetres in diameter, with a rose-gold bezel, this is a nice dress piece. My daughter likes this one, which probably explains why I haven't worn it so much. I'll give it to her in a few years. 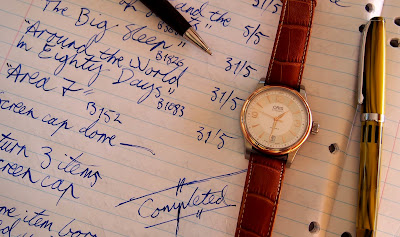 I sat down to tackle another assignment. This one involved logging on to a facsimile of a library management system and issuing/returning some books from and to the database. I had put this one off for the past week because I thought it would be quite an undertaking. However, once I got started, it moved along at a pleasant pace and I was done within an hour or so. I see my handwriting's gone to hell. 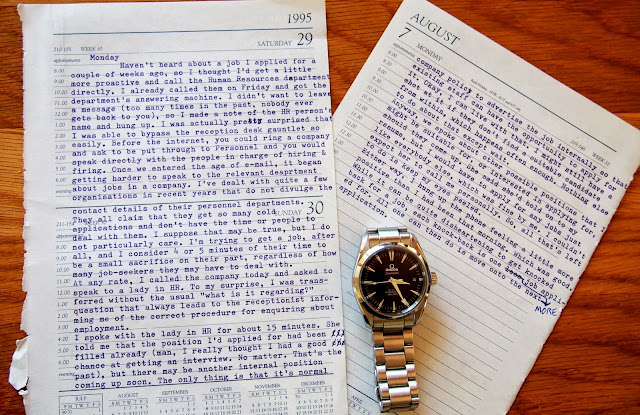 picture below courtesy of klimbims (on www.deviantart.com) 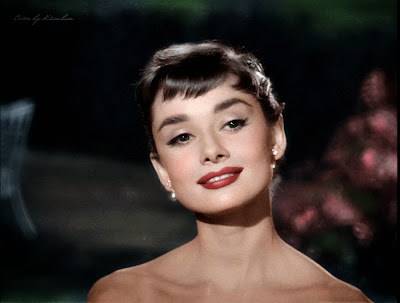 And Monday (4th) was also the late Audrey Hepburn's birthday. She was born in Belgium in 1929 and died (way, way too soon) in Switzerland in 1993. When you stop to think about it, you soon realise that there was nobody else quite like her. Although appearing in about half a dozen films before her breakthrough role in Roman Holiday (Dir: William Wyler, 1953), she came along at a time when Hollywood began paying more attention to Marilyn Monroe, who appeared in Niagara (Dir: Henry Hathaway) that same year. Funny how no two actresses could be more dissimilar. Monroe would have been great to have a couple of drinks with, but Hepburn would have been an extraordinary dinner companion. Waif-like, pixie-haired, and with that great voice, she went on to have a wonderful film career which took second-place in later years to her work as an ambassador for UNICEF.

UPDATE- 11.52pm: All done. Daughter is in the bathroom removing make-up. She really needs to get to bed. 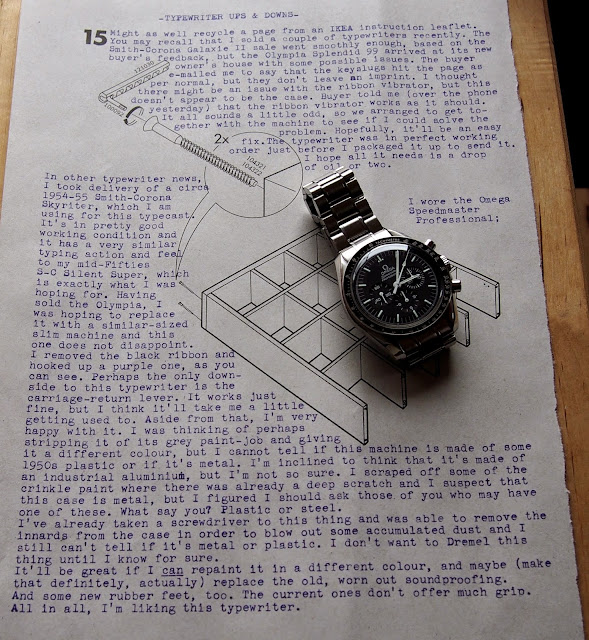 Still on the topic of typewriters, I was a little disheartened to find scans of a couple of my typewriter owner's manuals on the web without any attribution to me being mentioned. Ahh, well, there are more important things I could worry about.

Anyway, here's a close-up of the Skyriter's scratched body;

One other layer of colour underneath the crinkle-paint, then what? Steel? Plastic? Papier-Mache!?

We're off to see my daughter perform in her school musical tonight. So many late nights for everyone this week. I think I'll keep the Speedmaster on my wrist; 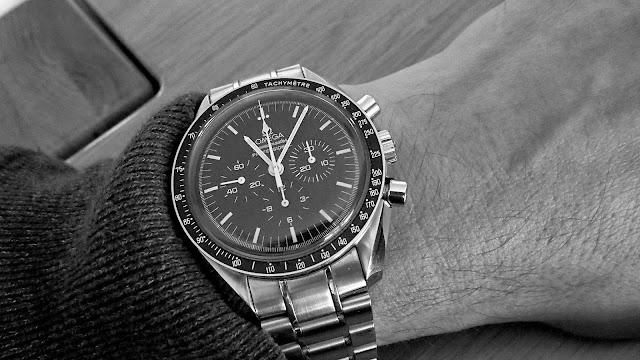 Have a great weekend, all!