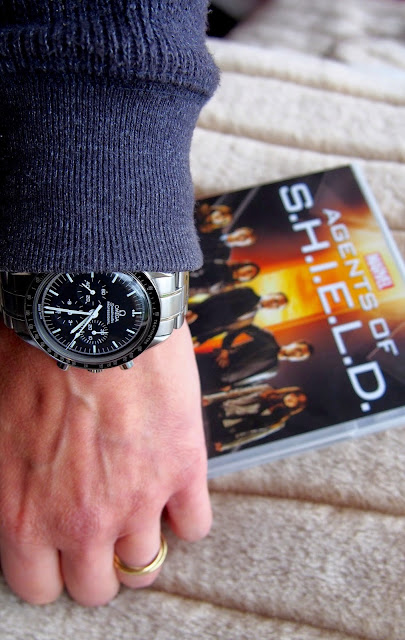 Monday
We've been watching Season One of Marvel's Agents of S.H.I.E.L.D on DVD. It's a very well done show, I have to say. The writing is sharp, with snappy dialogue, and the plots are clever. I was wearing my Omega Speedmaster Professional for most of the week (right);

The show's main protagonist is Agent Phil Coulson, played by Clark Gregg. This character appeared in a couple of the IronMan and Thor films, as well as The Avengers.
In order to capitalise on the success of the above-mentioned franchises, Marvel Studios decided to put together this TV series about this multi-layered government agency, and it enlisted the help of wunderkind Joss Whedon, who achieved phenomenal television success with Buffy The Vampire Slayer and Firefly in the 1990s and early Noughties.
Whedon has recently come under fire from feminist groups who have stated that his latest Marvel Studios movie, Avengers: Age of Ultron, was misogynistic in its portrayal of ex-Russian spy/assassin Black Widow, played by Scarlett Johansson.
Without me wading into this debacle, I will state that Whedon was lauded in the past for writing strong female characters and this is again evident in Agents of S.H.I.E.L.D. While Joss Whedon doesn't write the screenplays for the show, he is the Executive Producer, so I would imagine that he'd have some degree of control over how it's characters are written and portrayed.
So basically, I don't agree with this feminist take on Mr. Whedon. And I'm married to a feminist.

Anyway, I wrote all of the above to point out that Agent Phil Coulson wears an Omega Speedmaster Professional in the show. 'Cos he's badass!;

Thursday
Switched over to the Omega Seamaster AquaTerra Co-Axial; 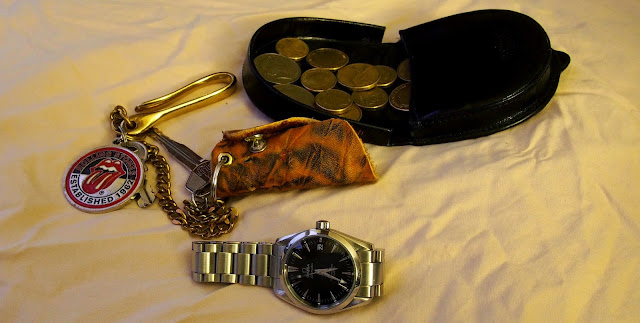 I tried my hand at making a key-holder out of leather, courtesy of an old baseball glove. Not 100% crazy about how it turned out, but it was a good exercise in seeing how it worked and how practical (or not) it is on a day-to-day basis. It can be a little fiddly to use.

Today
Switched over to the Camy Club-Star; 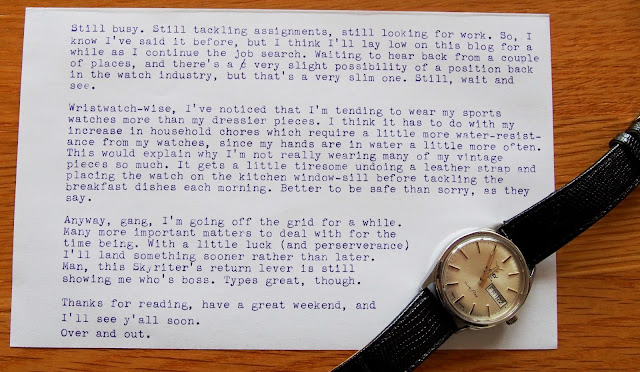 Yep, things are still quite busy with school and work-hunting, and yet no major happenings 'round these parts.
So I think a breather is in order, so that I can concentrate on more pressing matters. I may slowly add to some posts that are still in draft stages, but I'll see how I go.

Anyway, thanks for reading, take care, and bye for now, all. 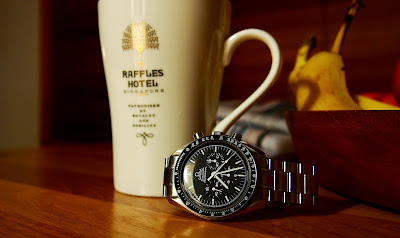 SWITCHED BACK TO THE OMEGA SPEEDMASTER PROFESSIONAL. THE LURE OF THIS WATCH IS STRONG. SEEN HERE WITH A LARGISH CUP OF EARL GREY TEA. BLACK, ONE SUGAR.