Here's another shot of that Corona Four that arrived last week. 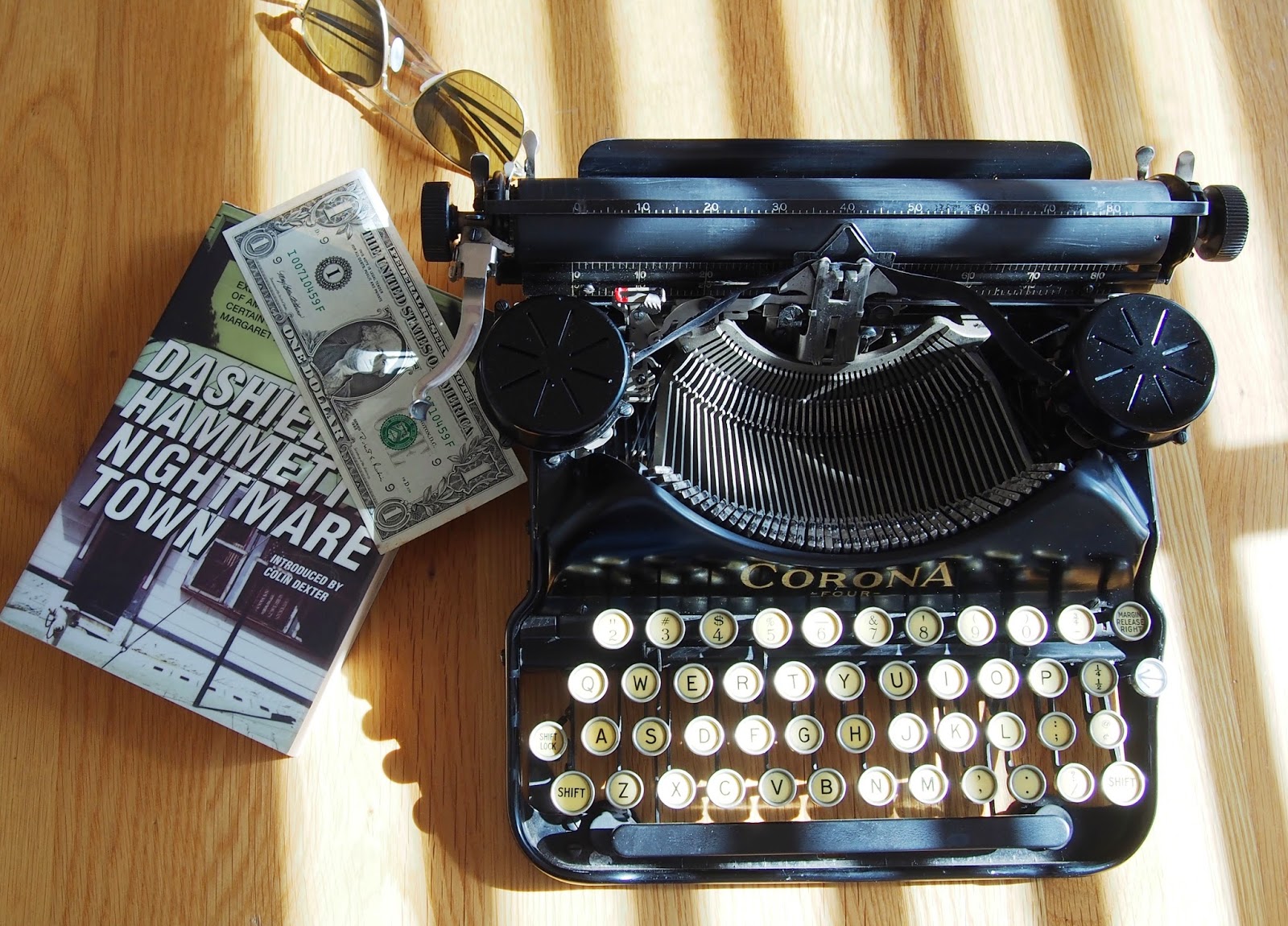 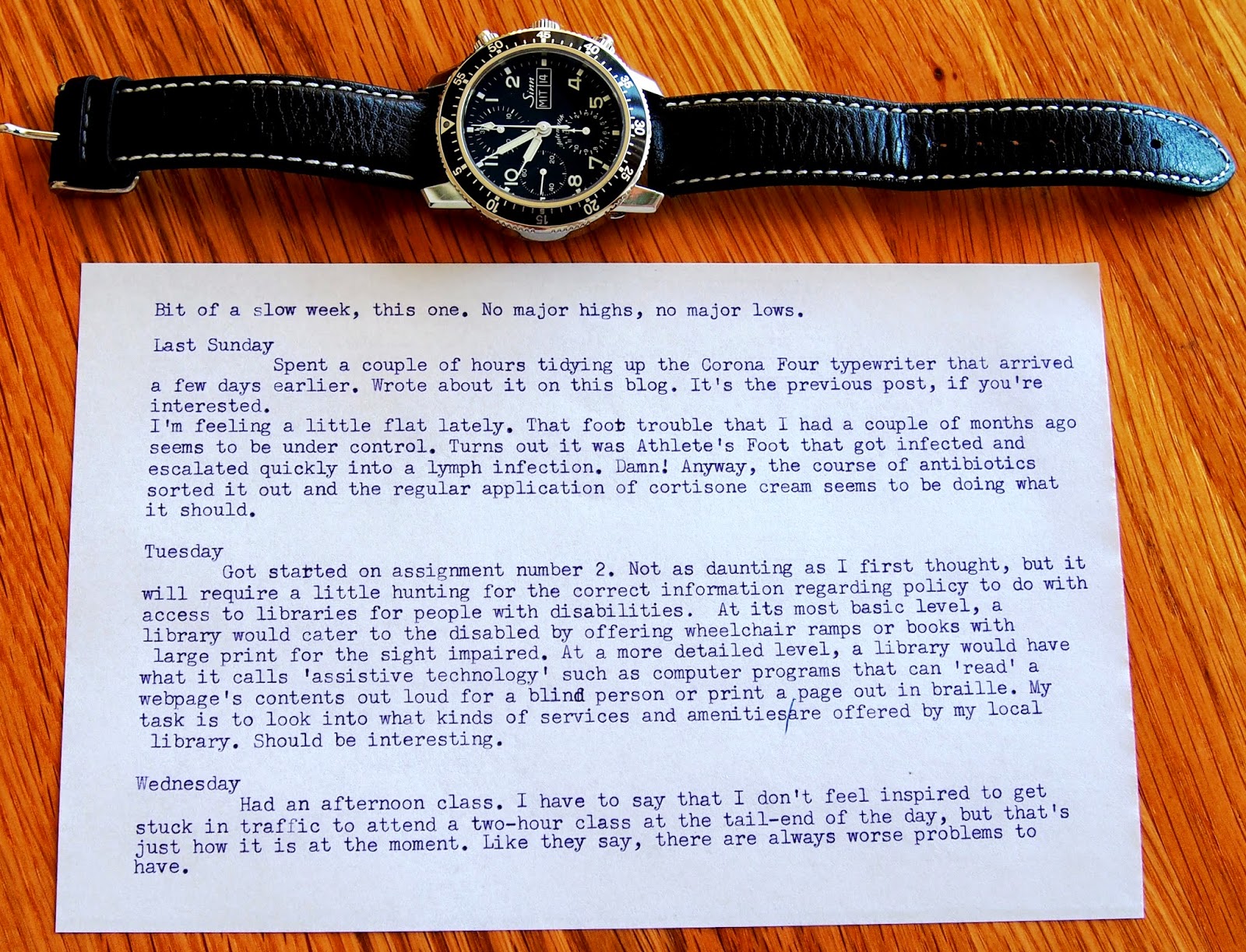 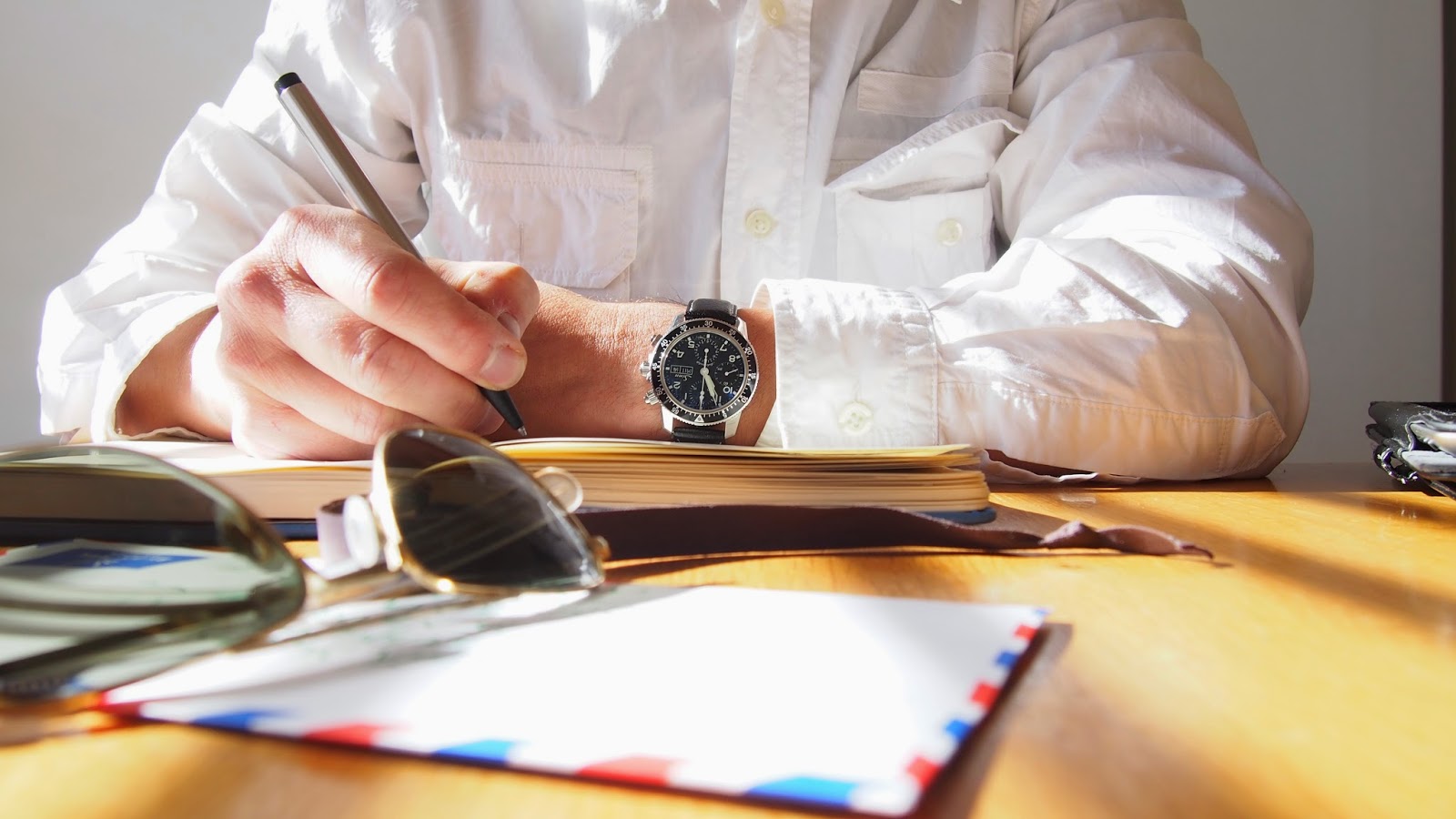 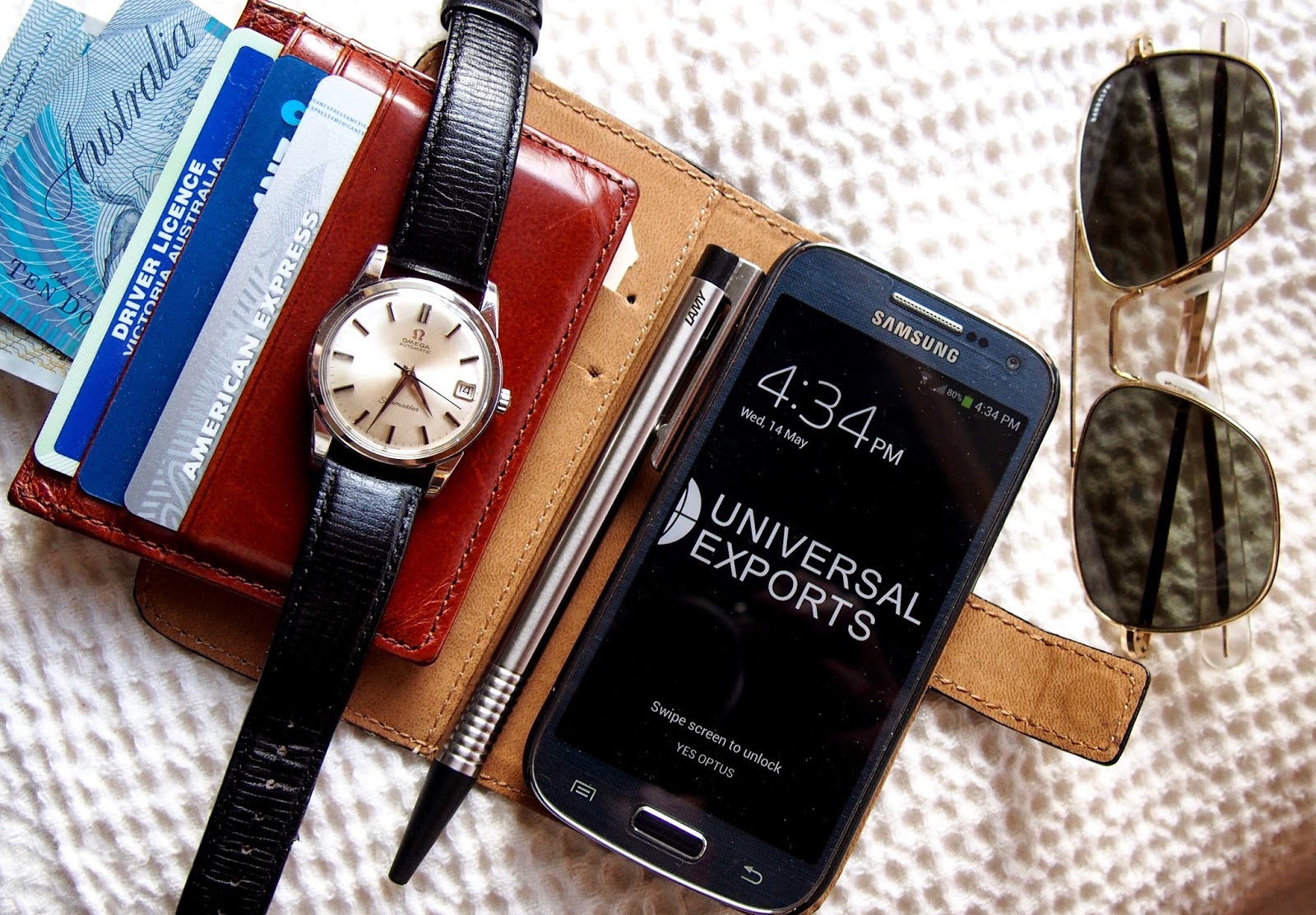 Thursday
The coffee machine started playing up on Tuesday. Kept spurting boiling hot water all over the place before producing a 'dirty water' cup of undrinkable coffee. I quickly realised that it's been six months since it was last serviced. Normally, these things require maintenance every year or so, but if it gets used a lot, it needs attending to about every six months. Yes, it was time to get it serviced. So off it went. 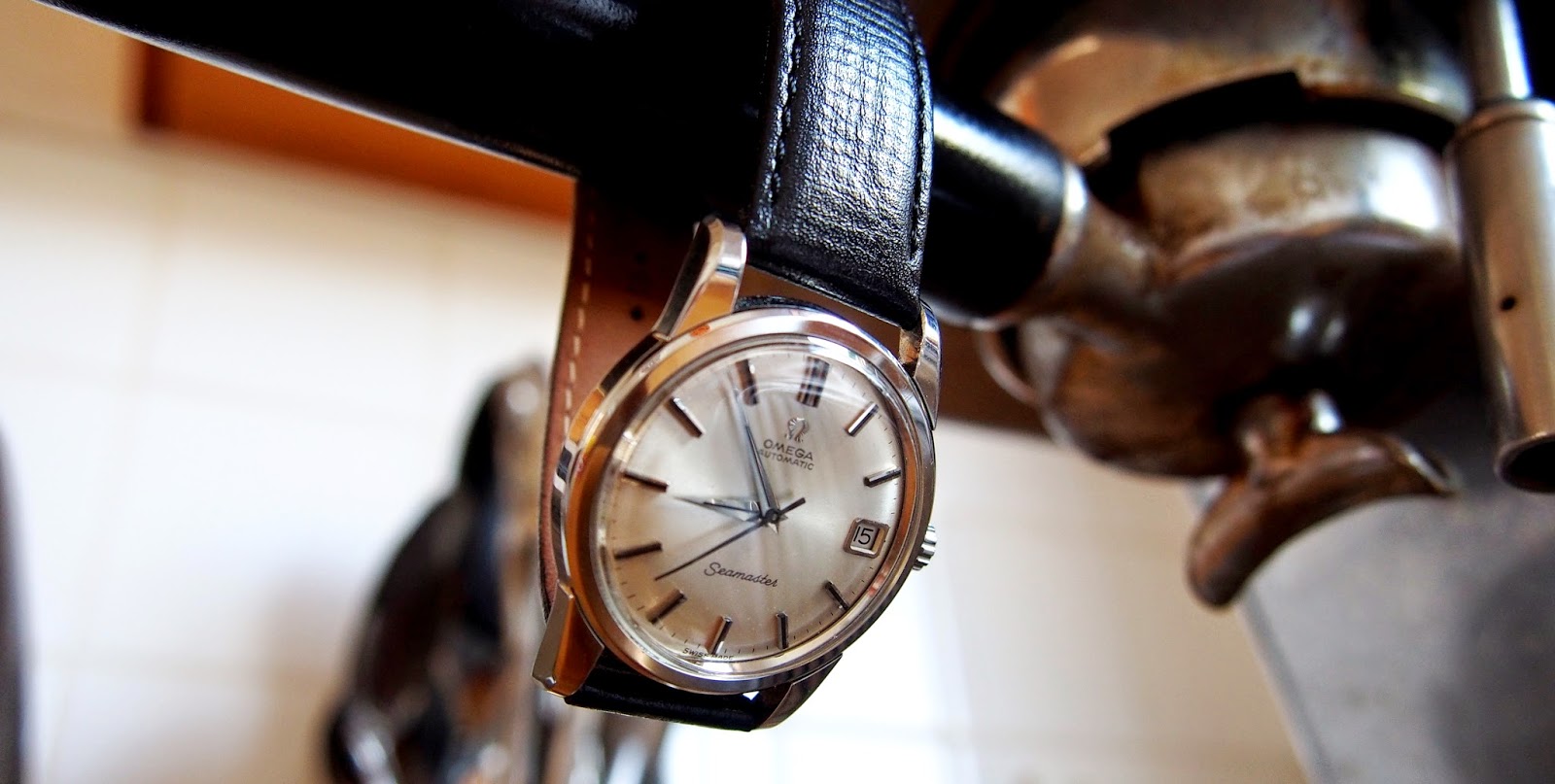 I've had one or two niggling headaches since Tuesday. That, by the way, coincides with when the coffee machine stopped working. If this is a withdrawal symptom, then I ain't impressed. Still, a little detox never hurts. And, I've decided to go easy on my sugar intake if possible. No real reason for it, but it's probably not a bad idea anyway. Considering that everything has sugar in it anyway, these days. While in hell do they put sugar in peanut butter, I wanna know?
So, I busted out the caffettiera and made some coffee. This style of coffee was what we had in our house when I was a kid. No, no, I didn't drink coffee back then...actually, I did. I recall some breakfasts here and there where my Mum would serve me a small bowl- very European!- of a little bit of coffee and hot milk in it and I would dunk some crusty pasta dura bread in it.
The caffettiera produces a thinner tasting cup than the coffee machine, but any port in a storm, as they say. Two little shortbread biscuits and balance was restored in the Universe once again. Once I'd completed Assignment No. 3, that is; 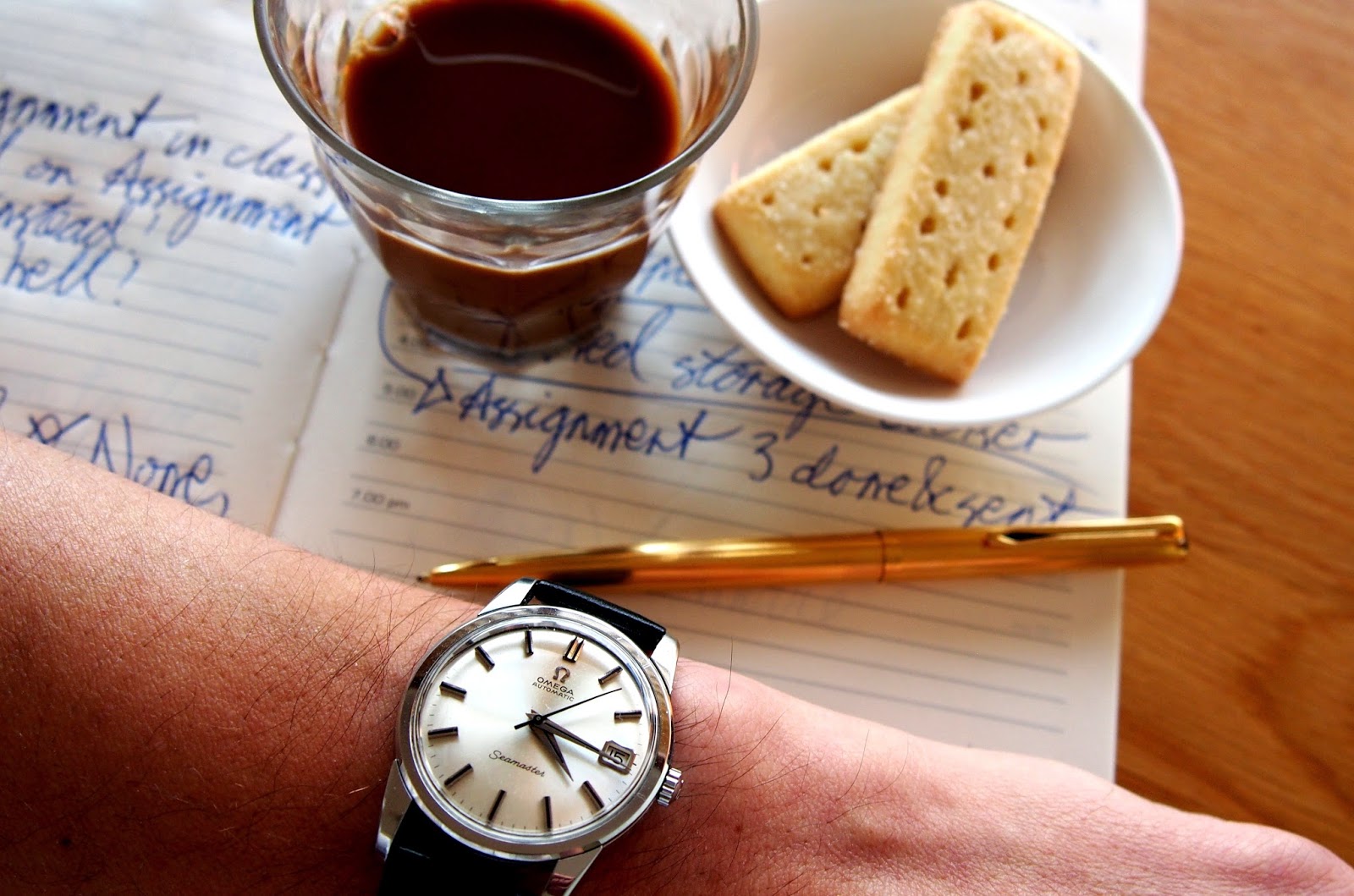 I loaded some 36 exposure film into the Olympus OM-2n and switched to the 28mm wide angle lens with the idea of taking some postcardy-style archival snaps of my typewriters and wristwatches. Between these two collections, however, 36 exposures won't be enough, heh, heh. 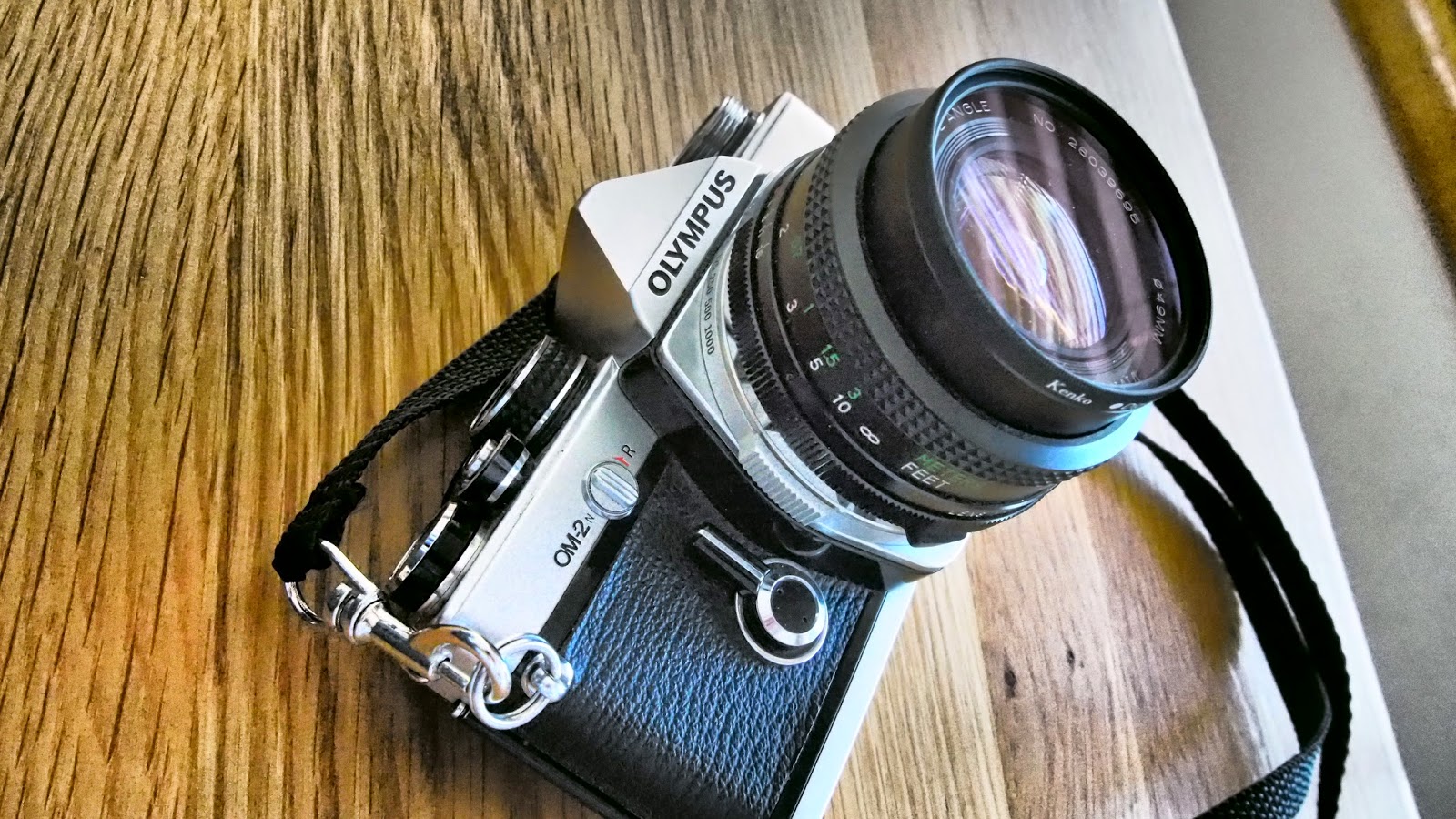 Today
My wife had the day off, so we hit a couple of nearby Op Shops. I picked up a copy of "Longitude" by Dava Sobel. This book was a huge non-fiction seller back in the late '90s when I worked at Borders. I think the biggest fiction title at the time was "Memoirs of a Geisha" by Arthur Golden. Man, oh man, how many copies of that book flew off the shelves back then!
Anyway, we got home and decided to tackle a little more painting of the gutters and fascia boards. Those of you who read these weekly watch posts of mine will be aware of how big a saga this job has become. Such a time-consuming and fiddly task. So, we agreed to just do an hour's worth of painting while the weather held out. Of course, no way was I going to wear the vintage Omega, so it was time for a timepiece switch; 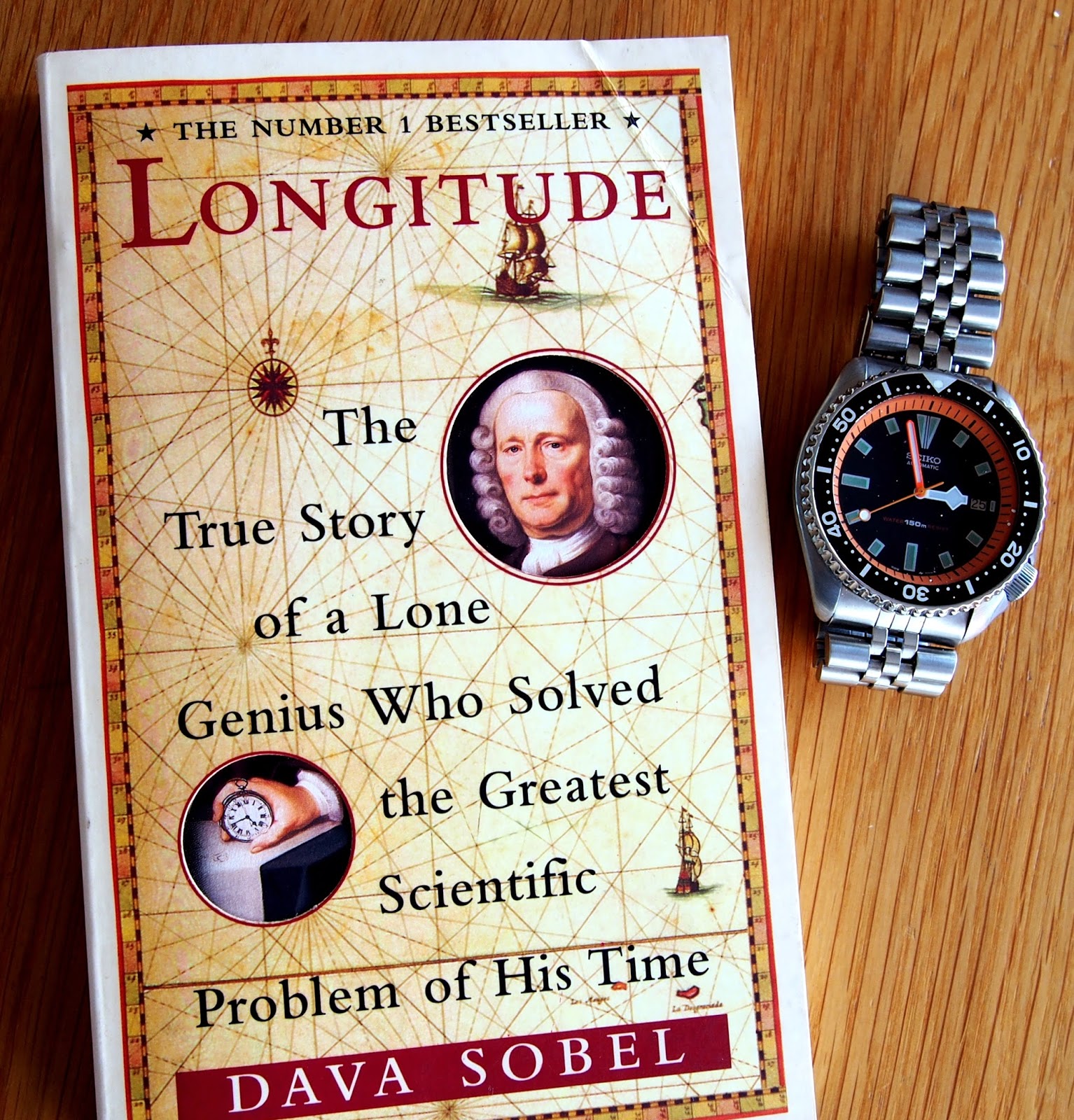 Being into wristwatches, I'm looking forward to reading this book. It tells of an English watchmaker named  John Harrison, who in the-...you know what? Here's the back-cover blurb. Explains it all in a nutshell; 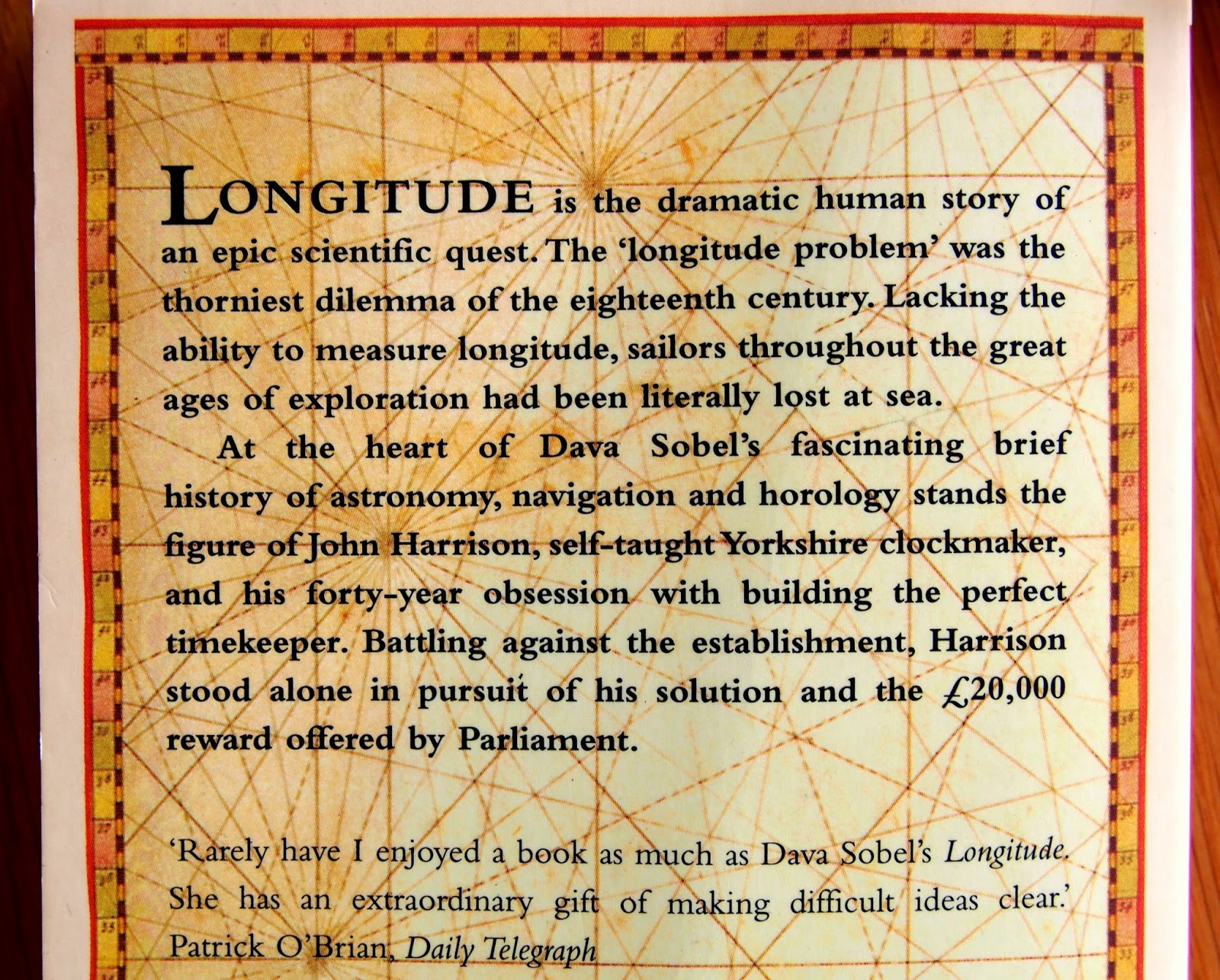 This book was made into a great mini-series back in 2000, but those of you who believe in the power and beauty of the printed word should read the book.

Then we had lunch. I whipped up a salad using diced carrot, celery and some lettuce. I then poured a small can of John West Lemon and Cracked Pepper Salmon into the mix.
Now, a year ago, I would have called this 'girl food', but lately, I've decided to be a little more selective with the kind of lunches that I have and I've also wanted to put on a few pounds if possible, so I figured I could use the protein (and Omega 3 oils) found in this fish.
I switched back to the Omega in order to bring closure to today's painting;

We got a letter in the mail today from American Express that was addressed to the previous owner of this house. Good God! We've lived here for over fourteen years! So out came the circa 1925 Corona Four (pictured up-top), because it was within easy reach, and I quickly typed up a return-to-sender note; 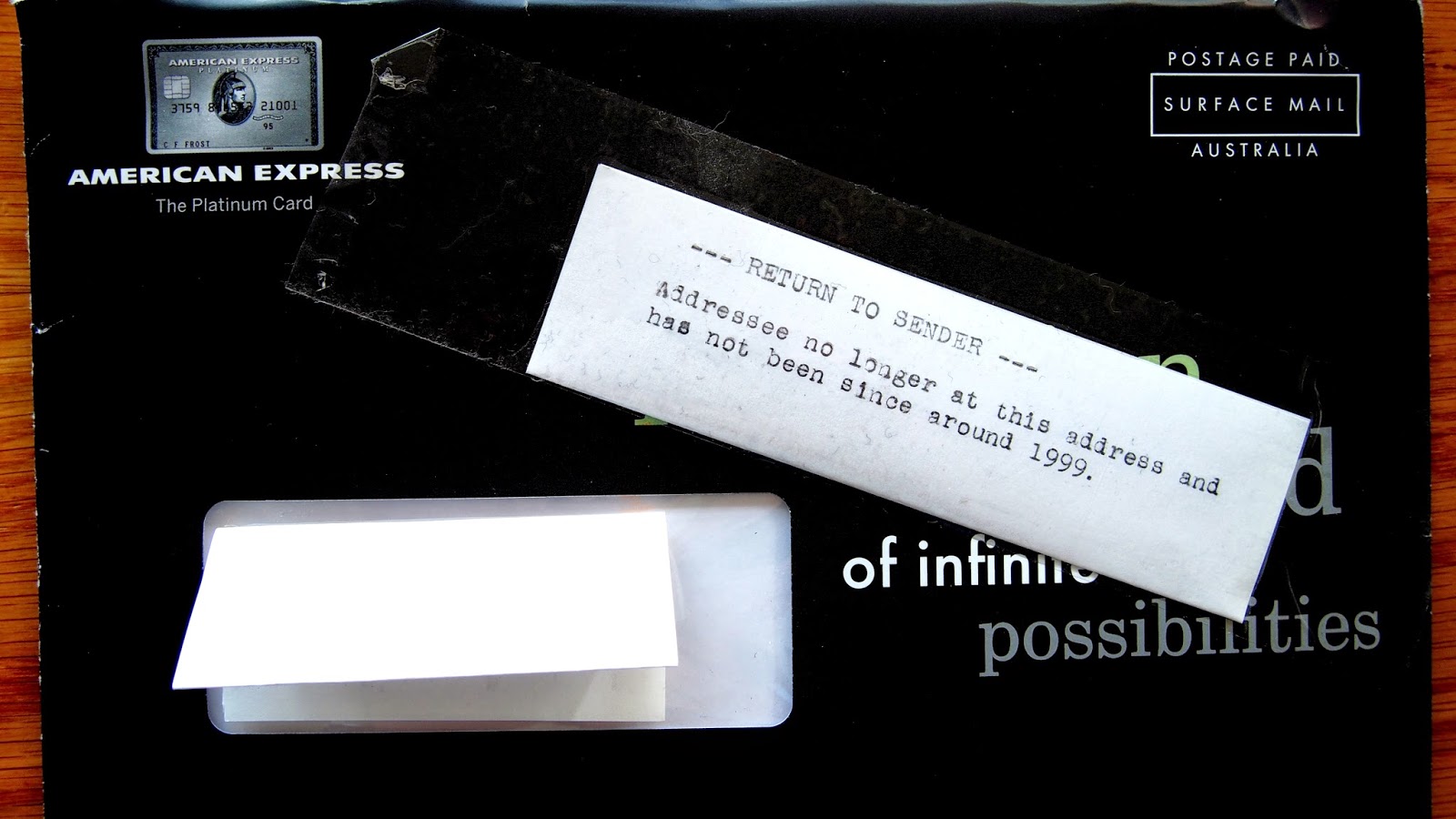 Methinks that AMEX really needs to update its customer database. Hah! They're gonna think that note was written in 1899!

Okay, it's now 4:14pm and I have to go get some groceries. We're out of olive oil, which is tantamount to treason in an Italian household.