As life gets busier, the windows of free time get a little smaller, and a little more planning is required in an effort to post each week.
Something tells me that it may not go that way, so these weekly posts may become monthly or bi-monthly.
Anyway... 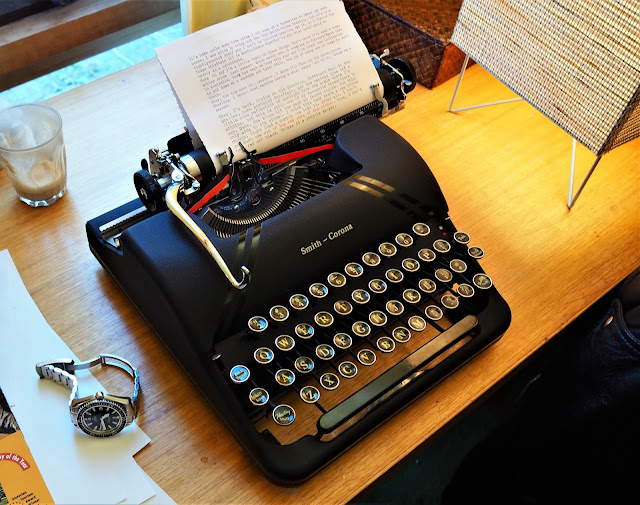 Well, I never quite got there, did I?
Okay, what else, what else? 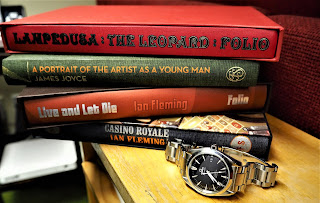 Oh, okay, I got a copy of Casino Royale from The Folio Society. They specialise in hard-cover reprints of classic literature. I like them because of their attention to detail, quality of the paper,  and the fact that they commission some beautiful artwork by well-known artists to include in the books. I was wearing the Omega AquaTerra on the day this book arrived in the post. It seemed fitting. Old-school wristwatch sitting next to a hard-back spy novel in a cardboard slip-case.                                                                              The copy of Live And Let Die  was one that I scored a few years ago off eBay. I got The Leopard from a nearby thrift store for 3 bucks. The cover artwork is great. The James Joyce book came as a freebie with the Fleming, so I might give it a read some day, but I'm not sure if I fancy my chances with it. Same thing goes for The Leopard.  As I get older, I become all too aware that there are still a tonne of classics that I haven't read. The time shortens, the list lengthens. Therefore, I get more selective with my choices. Ideally, I should devote a greater amount of reading time to these books instead of wasting time watch late-night crap on TV or getting side-tracked by useless web links.
And I suppose when I'm not reading, I should be writing. Give those screenplay ideas a good run for their money. Maybe tackle those little Bond fan fiction snippets and see if I can churn them into a few short stories or a novella. Simply for the sake of seeing if I can produce a story with a beginning, middle, and end. The blog writing is all well and good, but I feel like it doesn't really lead me anywhere, since I don't think it's the best of what I could do. As I've said before, gang, these blog posts are a first draft, so what you're reading is pretty much what spills out of my head and onto the keyboard, without any editing or re-working.
In all its glory.
Sorry. 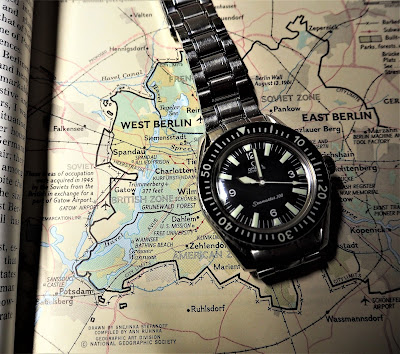 Switched over to the  Omega Seamaster 300. The clasp on the bracelet is a little fragile at the moment. There's a small steel rod in the hinge that is close to wearing out. If I'm careful, though, it should last me a little while longer before I need to worry about how to repair it.

Been playing a little more of The Stones lately. This happens every year as the weather gets a little sunnier. Thinking about it now, it must have been the Summer of 1986 when I bought Rolled Gold, a double-album compilation of Stones tracks from their beginnings in 1962 through to 1969. I must have worn out a stylus playing those records again and again.
Although, the reason I'm playing more Rolling Stones is because I picked up a copy of Exile on Main St (that makes three copies on CD now) which had a bonus disc with ten unreleased songs on it. One track is instrumental and not very good, and the other is a Keith Richards version of Soul Survivor with heavily reworked lyrics and Keef on vocals, not trying very hard to sing the song and seemingly making up the lyrics as he goes along;

At least they're funny. And luckily, the remaining eight tracks on this bonus disc are wonderful. Some of them are very bluesy, with Mick Jagger blasting away on a harmonica (Blues harp, to those of you in the know) in fine form. 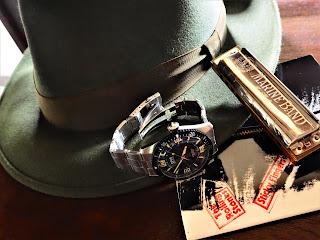 One day I'll have to do a post on this band and why they mean so much to me.
Switched over to the Oris Diver Sixty Five and wore it for the last ten days. Of course, I finished playing Exile and then sifted through my other CDs to find some of their other albums. Sticky Fingers is another great one.
I've got a theory too about this band. Even their most lacklustre albums will guarantee one classic song. This was the case, as far as I'm concerned, until around 1983.
I'll go into a little more detail if/when I write that post about the band. 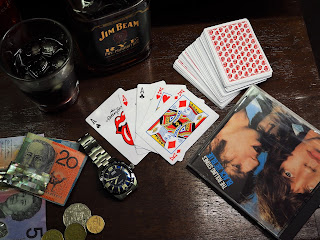 Always been a fan of Rye Whiskey. Used to drink Canadian Club and Coke back in my younger days before I discovered Beam's Rye. I still have an unopened bottle sitting in my liquor cabinet. Not sure if you can still get it here in Australia.
Damn! A quick visit to the Jim Beam website shows that the classic yellow labelled Rye is no longer produced. Damn! Now I'm too reluctant to open this bottle, which is silly, after all. It's a liquor cabinet, Teeritz, not a museum. 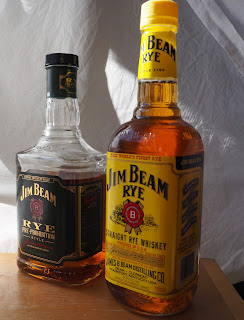 I Googled this new Rye and landed on a Whiskey blog which outlines the differences between the yellow labelled Rye and the new Pre-Prohibition green labelled one that I purchased a few weeks ago. It would appear that the old yellow label recipe was a little 'mild' for some tastes. This new recipe adds a few more percentage points to the alcohol content of this nectar. I tend to mix my dark spirits with Coke, so I can't really taste a stronger kick with this new blend, to be honest. Still, I am liking the taste of this new green label Whiskey, and the 'Pre-Prohibition' moniker on the label evokes a nice, pleasant 'Hammettesque' vibe too.
I may not have to break the seal on the yellow label after all. And yep, Jim Beam Distilleries no longer produce the yellow label version.
Dang it.

I took a little time on Saturday writing up a timetable for my Monday workday. The plan is to do this for each day of the week so that I have a clearer idea of the ebbs and flows of my working week. This will be a little futile because the wild card in any of this will always be e-mails and phone calls, which can chew up quite a bit of time without my realising it. 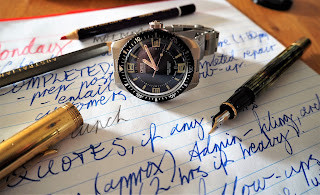 I spent over an hour on the phone to two separate customers one day, explaining the reasons in great detail (again and again!) as to why we had quoted for their watch repairs. Customer service is one thing, and I'm good at it after 22 years in hospitality and another sixteen in retail, but there is a limit to how much time you can spend going around in circles with customers who refuse to accept that their wristwatch requires repairs due to their own mishandling or abuse of the watch. The warranty card can only get them so far and sometimes, some folks have unrealistic expectations as to what a warranty will cover.
Basically, folks, if you drop a wristwatch and it stops working, that's accidental impact and the warranty does not apply. That's the super-short version.

Okay, it's now almost three pm on Sunday afternoon and there are still a few major tasks to deal with. I've switched watches for the day, opting for the circa 1969 Omega Seamaster Chronometer; 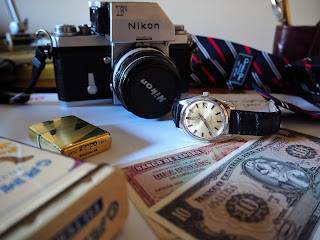 Yessiree, I got my work cut out for me, don't I?
The weekends just aren't long enough.
Right, 3:04pm. Gotta bounce.

Have a good week, all, and thanks for reading!