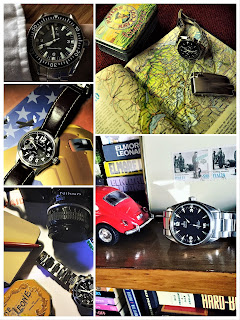 Short post this week, gang. And here on the left is the result of the Photoshop Express app on the iPad.
The Internet - A Whole New Way To Waste Time!
I rarely check my Twitter account these days. I set it up about three years ago when I was studying, as I was informed that I would have to create a social media account as a prerequisite of one subject, on something widely used, such as Facebook. I had no plans in hell to set up a Facebook account. Twitter seemed harmless enough. Although, I'm now at a point in life where I'd like to pare away some of the internet residue in my life and scale back on spending so much time online.

Anyway, onto the watches. I started with the Sinn 103 chrono last weekend; 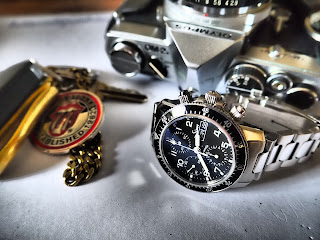 Switched over to the Oris Diver Sixty Five early in the week; 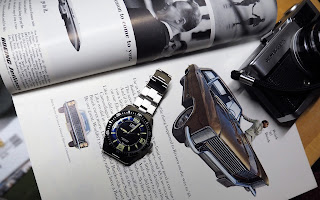 I've been preparing that Olympus Trip 35 with a view to selling it. I have two other models of this classic rangefinder camera and figured I didn't need another. This one works just fine, but it has a problem with the red flag function. Basically, if you try taking a picture in low light, a small red cellophane disc pops up in the viewfinder. Now, if you know your way around a camera and basic photography, this isn't an issue, since you'll have a good idea of suitable lighting conditions. I took a screwdriver to this camera and removed the top plate and had a look at the red flag section. Gave it a light sprinkle of graphite powder -courtesy of the tip of one of those little IKEA pencils- which didn't seem to make a difference.
Next option would be to remove the lens and  aperture blades and give them a coating of graphite. I was gonna have to buy some actual graphite this time around.
So, I may spend an hour or three taking this camera apart and giving it the once-over. Hope it works. 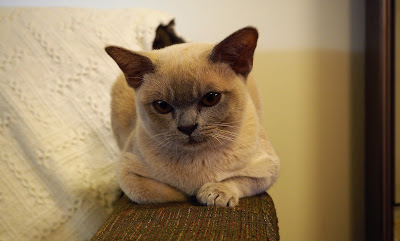 This little guy continues to turn the house upside-down. Madame (our other cat) hasn't accepted him yet and I'm beginning to suspect that she may never.
Every time he gets near her, she flattens her ears and hisses at him. He doesn't seem terribly fazed, and I have to hand it to him for his perseverance. And don't let his cutesy looks fool you. Leave some food unattended for a second and it's as good as gone. Anything from chicken to buttered bread, it's all fair game as far as this guy is concerned.

I wore the Longines Expeditions Heritage on a lizard strap sometime this week; 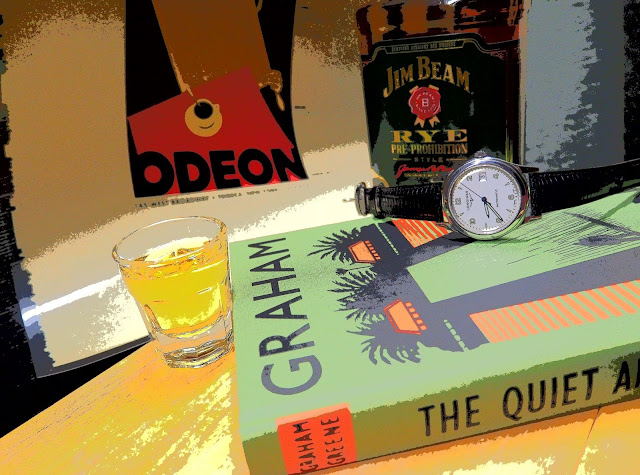 As I've mentioned in recent months, work has gotten very busy since I went full-time and I find I have less time to devote to long posts on this blog. I was thinking that I should just write a little each night throughout the week, say maybe 30 to 45 minutes.
Meanwhile, I have ideas for other posts and I could perhaps take longer to write those.
There's always something one could write about.

For example, we got word recently that the next Bond film is due to be released. In November 2019! Daniel Craig will be 51 by the time this next one is released and I, for one, will have to wait over two years to see if or how they'll eradicate the memory of SPECTRE. No mean feat.

And now here I am, 9:50pm Friday night, The Curious Case of Benjamin Button (Dir: David Fincher, 2008) is on TV, but I already have it on DVD and really should sit down to watch it one night soon. Without the incessant commercial breaks.

We may try to catch Dunkirk sometime this weekend. It's gotten stellar reviews. Man, it would be very, very interesting to see Christopher Nolan direct a Bond movie. A fan's gotta dream.

Finished my working week with the Omega Seamaster 300; 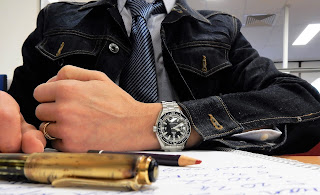 Another week done and dusted. So much for a short post. I hope your lives are ticking along smoothly.

Thanks for reading, have a good weekend!