I finally got a slightly more heavy-duty coffee grinder last weekend. It's just a domestic model, made by Sunbeam, but I've read and heard good things about this model, so when I saw it at the local department store selling for an extra ten percent off its already reduced price, I snapped it up.
Got it home and spent about 30 minutes messing with it until I'd gotten a grind setting that I was happy with.
Perfect.
No more going to a cafe 25 minutes away from home to have some new staff member grind a bag of beans too coarse or too fine. I only find out how bad the grind is once I get it home and make a cup. Those days are over, thank God. 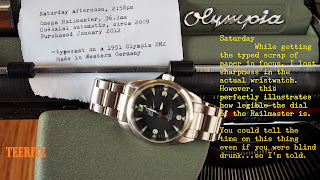 This photo ain't gonna win any prizes, that's for sure. 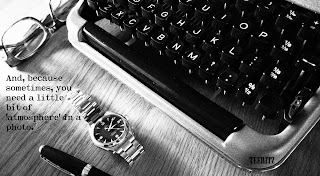 This one's a little better. Black and white can hide a multitude of sins. 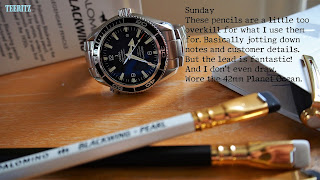 We decided to take a drive out to my old house last Sunday. I already knew that they were building a block of apartments on the corner of the old street and I was curious to see how bad it would look. I wasn't disappointed. My parents' old house, where I grew up, is one house block away from a main road in the northern suburbs. There was a Greek family on one corner of the street, next door to us, and across from them there was an automotive workshop that worked mostly on trucks. Next door to that was a car body-work shop. I walked past these two workshops every day on my way to school as a kid, catching whiffs of diesel fumes, arc welding smoke and buffing wax. These two workshops are long-gone. The body-works place had been empty since the mid-Eighties, but the building itself remained closed up and intact. Until a few years ago. The truck mechanics next door had also closed down sometime in the '90s. This too remained empty for a few years.
Anyway, somebody bought up these two premises and decided it would be a great idea to put up a three or four storey block of apartments. Complete with underground car-park for the residents. I didn't check how many apartments this building will contain, because it soon began raining. My wife did comment on how small the kitchens looked, based on peering through the window of a vacant one. These are not yet completed. No furniture, no window curtains, no people in them, and the lane-way behind them is fenced off.
Looking at the house directly across the road from my old place, I saw an auction board with the 'SOLD' sticker plastered across it and felt a small twinge of regret. That sticker meant that our old neighbour Silvio must have died. He would have been in his mid-'80s. I wanted to go ask Margerida, the Greek neighbour next door, but it looked like she wasn't home. I'll have to go back sometime and ask her. Would be good to catch up with her. She's also getting older.
"It's not the ********** you grew up in anymore, T", said my wife, echoing my thoughts. My kids took a quick walk down the laneway next to the old house. My daughter took a quick iPhone snap over the back fence. She came running up to me moments later.
"Dad, I don't think the garage kitchen is there anymore. There's a big gap, but I can't remember how it used to look."
I can't blame her. She would have been seven or eight the last time she visited this house. She's fourteen now. Half a lifetime ago.
I looked at the blurry picture on her phone. My folks, as was common practice among a certain ethnic generation and mindset, had a second kitchen set up next to the garage. It was here that pasta was prepared from scratch, with nothing much more than flour, olive oil and eggs. It was here that old beer bottles were given one final rinse-out before being filled with pureed tomatoes which would become the sauce for that pasta.
It was here where my wife would lean against the wood-stove in the corner to keep warm, back when we was a' courtin', after we got married, after the kids came along.
Looking at this picture now, it looked like this kitchen was gone.
Another twinge.
We'll get out own wood-stove one day. Put it in the garage. Give the place a nice, log-cabin kind'a feel. 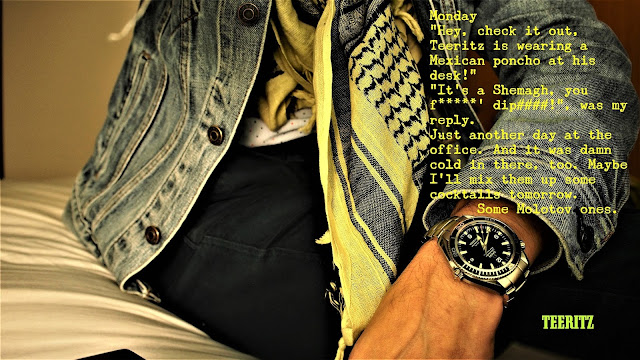 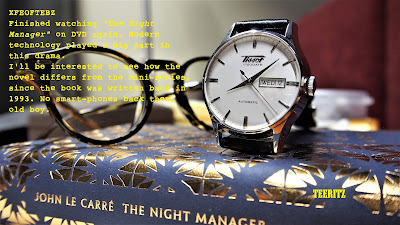 Wednesday marked five years since my Mother passed away and I suppose this was one reason why I wanted to make the trip back to the old neighbourhood.
Knowing her, she would have hated to see that three-storey block of apartments towering over the front porch of her house. I lit a candle for her. 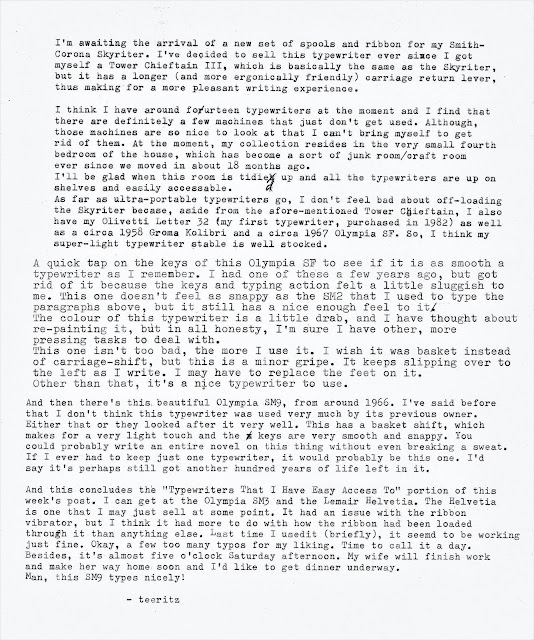 The spools arrived on Wednesday. They're plastic, but they're the right size for the Skyriter. I'll load them into this typewriter and then hammer out a few lines to make sure the ink is dark and that the ribbon advances the way it should. If all goes well, this machine will be on the 'bay soon.
All up, the spools cost me about forty bucks. The postage was scandalous. 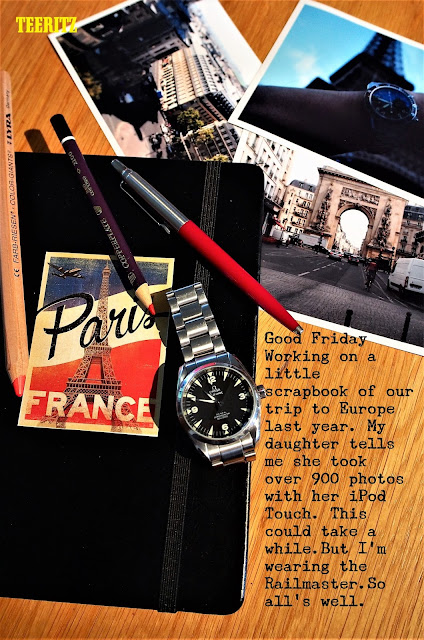 Another week down, folks. I got a lot done this week at work. Still have to finish a list of spare parts that will be returned to our Head Office in Switzerland, but aside from that, everything is pretty much up to date. Then, I'll go through our stock of straps and bracelets to make sure that what's on paper matches what's actually in stock. From experience, though, I've found that there's always at least one strap that can't be accounted for and requires a little more hunting around.
At any rate, I won't have to deal with any of this until next Tuesday.

I might see if I can spend some time over the next few days preparing some more items to sell on eBay. It's all nickle & dime stuff, but A) it all adds up, and B) I'm so sick of seeing it lying around, so I think it's time to see if I can turn it all into a few bucks.
'Cos it's all just taking up space.

Anyways, gang, I hope you all have a safe, pleasant and relaxing holiday period, whatever your faith.