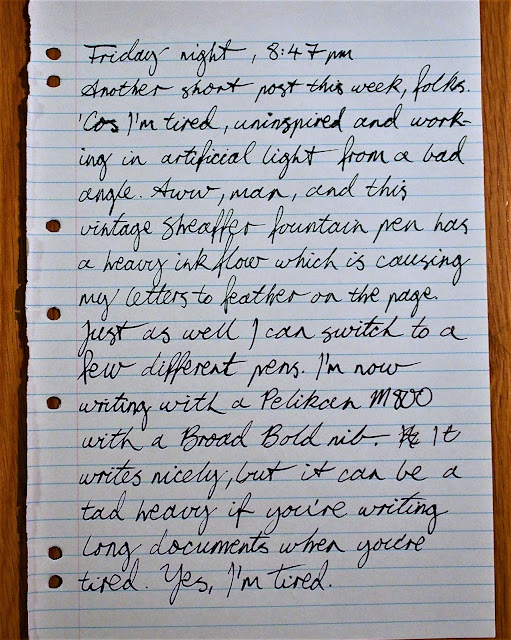 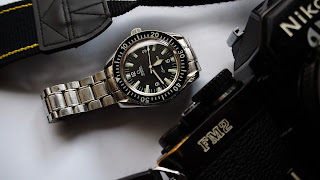 Wore the WatchCo Seamaster 300 briefly last weekend. Since adding a half-link to the bracelet, I've gotten a better fit out of it on warm days when my wrist swells up a little. 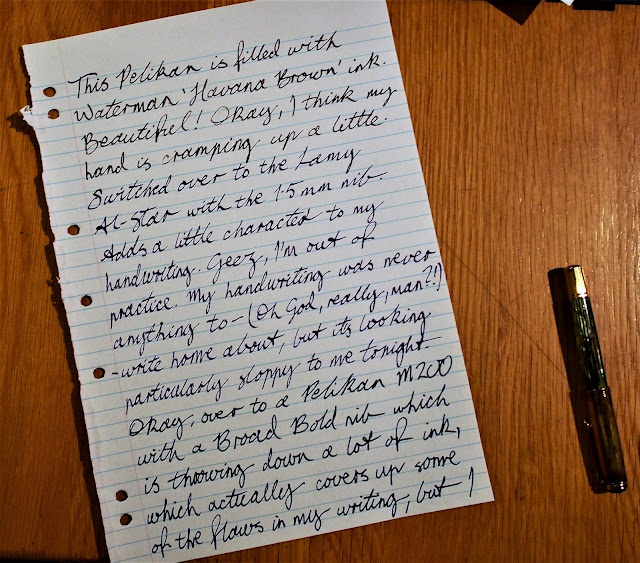 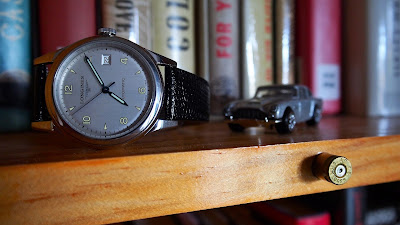 I wore the Oris Diver Sixty-Five early in the week, before switching over to something a little dressier, the Longines Expeditions Polaires. I was thinking of getting a lizard-skin strap off eBay for this watch, but the watchmaker I work with said that, because it's an exotic skin, it could get stuck in customs for months.
I may try looking around for a local seller. The hunt begins. 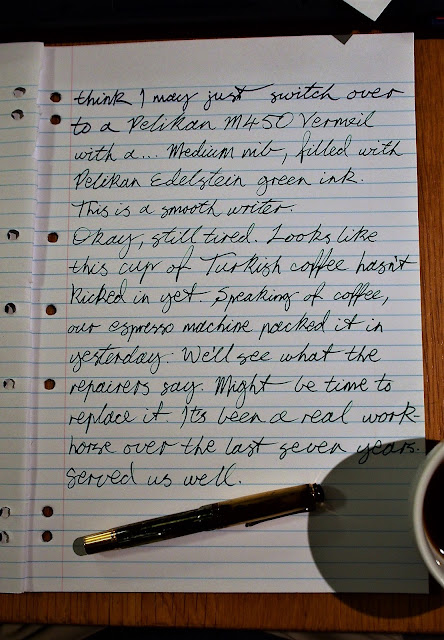 Dear God, that handwriting! I plan to do a little more of it, in an effort to sharpen it up a little.
My writing was noticeably better when I was studying a couple of years ago and writing down notes by hand.
Use it or lose it, kids.
Use it or lose it.

And today, I took a quick slacker break to get a picture of the Oris Diver Sixty-Five, back on my wrist. I decided to wear a tie in to work, in an effort to launch a one-man crusade against Casual Fridays. 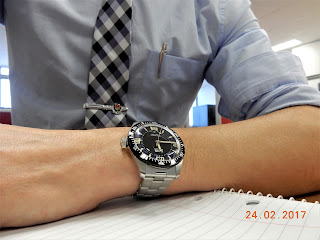 The world is dumbing down and getting lazy. I sit on the train in the morning and look around me to see 90% of my fellow travellers looking down at their precious mobile phones.
Granted, I check my e-mails and battery saver settings (now THAT'S a pain in the neck!), but you will never find me playing some silly game  or watching an episode of Family Guy on my freakin' phone.

For somebody who first went to the movies to see What's Up Doc? (Dir: Peter Bogdanovich, 1972), I can think of nothing worse than watching something on a 9cm screen.
That's how it's dumbing down.
As for lazy, this is happening because too many men just don't take the trouble to look sharp anymore. I see young guys catching the train and they're wearing trousers and an ill-fitting business shirt. And that's all. No jacket, no tie.
No style.
My wife read out a quote to me by actor Michael Wincott. You may know him from Alien: Resurrection and he's done a couple of episodes of Westworld and will soon be seen in the next Scarlett Johansson film Ghost In The Shell, due out later this year.
Anyway, he once said;

"It's good to dress well. Elegance expresses greater expectations of life. The current culture of slovenliness conveys a spiritual and intellectual surrender."

How did I manage to remember this quote? I typed it up on a little piece of paper and stuck it on the fridge door. It's faded a little since I typed it.
Wincott's right. To me, it's not about having to look super-sharp every day. It's just about making an effort, however small. Which is why you'll never see me wearing track pants unless I'm going to the gym.
Although, on the days when I just can't be bothered, I can be seen going to buy milk or fuel wearing knee-ripped chinos and a t-shirt. That's as low as I'll go.

So yeah, the world ain't gonna end with a whimper or a bang. It's gonna end slowly, through apathy, bad manners, lousy service and poor grammar, for starters.

Which is why I wore a crisp shirt and a nice tie to work today. Somebody's gotta fly the flag.
Especially when it's made of cotton and silk.