Last weekend saw me put the mesh bracelet onto the WatchCo Omega Seamaster 300. It makes for a pretty comfortable fit (old photo);

This week has been a bit of a blur as we transition out of our old house and into the new one. Lots to be done. It should take us a few weeks. 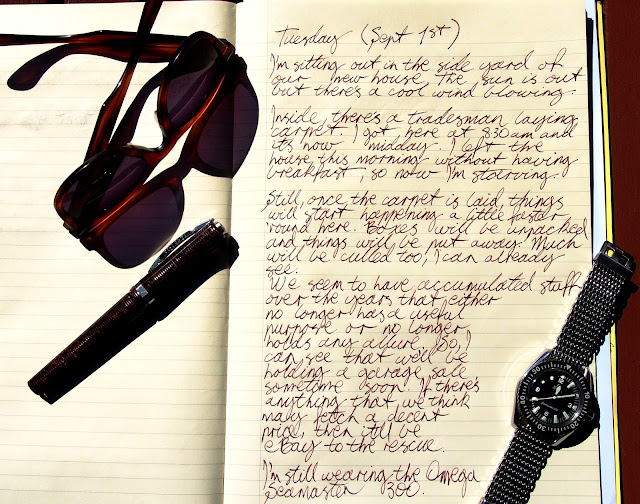 Wednesday
The carpet guy didn't finish laying the carpet before the light faded yesterday, so he'd be coming back today. I would meet him at the house. Since I didn't know how long he'd take, I decided to travel light. I figured I might get some of this blog post written while he worked. So this is what I brought with me; 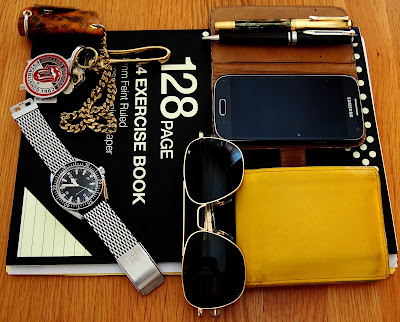 I needn't have bothered. The carpet guy was  done in about 20 minutes.

Thursday
Called the phone company to organise installation of internet at the new address. That was all straightforward enough until I was informed that the modem at our new address would need to stay switched on 24 hours a day, 7 days a week if we wanted our landline to work. I wasn't exactly rapt about that.
You see, kids, we don't leave our mobile phones on all day long at my house. I switch mine off at around nine or ten pm each night. Same with the modem. If somebody absolutely, positively has to get in touch with me, then chances are extremely high that I will have given them my landline number, so that they can call me at home. Which is why I'm not thrilled about the idea of leaving the modem switched on all the time. It's the RF issue mainly. I do not care what anybody says. I don't think it can be good for your health (long term) to be exposed to Radio Frequencies all the time. 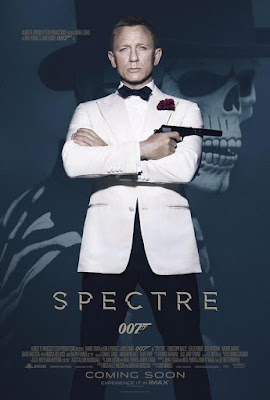 Today
Geez, not much happens all week and then everything happens today. They've unveiled the latest poster for SPECTRE;

I suppose I don't mind it, and I'm sure there'll be another poster or two released before this film is out. I just miss the old days of Bond posters. Back in the early 1980s, I used to head over to the theatrical distributor's Head Office in the city to get Bond movie posters. Everything was fine and dandy until, according to the story I heard, a staff member got transferred interstate to the main Head Office and went over to the Dispatch Department to snag some movie posters for himself.  All posters and 35mm prints of films for theatrical distribution were stored in the Dispatch Department. He was told that he couldn't have any posters. He then explained that "we do it all the time in the Melbourne office."
And that, as they say, was the end of that. No more posters to be given out to anybody.
Thanks, jerk!

While I don't mind the photography in modern film posters, I miss the old days when actual artwork was done. My all-time favourite Bond poster is probably the UK quad version of From Russia, With Love; 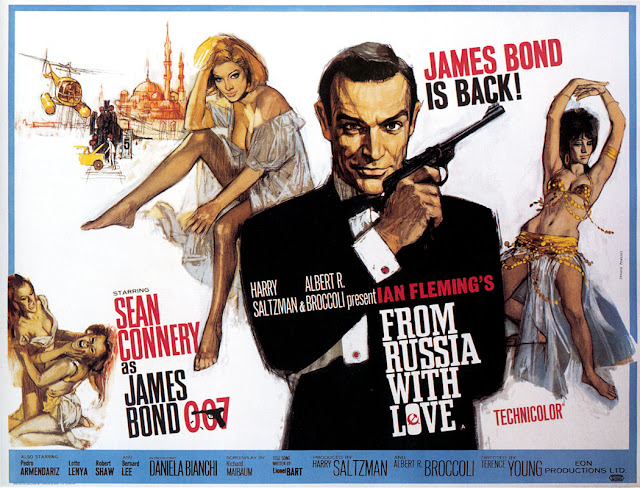 The last Bond poster to feature drawn artwork was 1987's The Living Daylights; 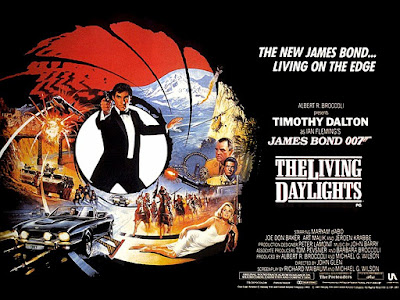 After that, they switched to photographic art. The teaser poster for Goldeneye (1995) was pretty good. It was a reminder that, whatever action heroes have come along (your Die Hards, Lethal Weapons, and everything done by Schwarzenegger, Dolph Lundgren and Steven Seagal), Bond would always be Bond; 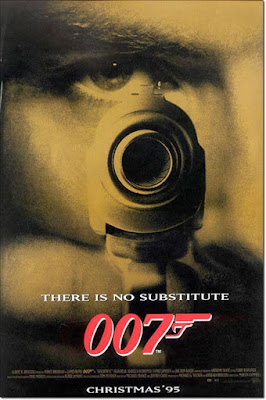 And, in case people still needed their memories jogged; 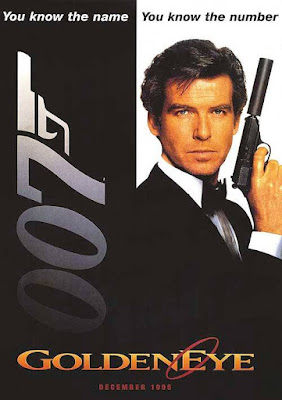 Regardless of the poster art, I'm hoping that SPECTRE is a great Bond film. It's about eight weeks away from theatrical release here in Australia. Can't wait.

They switched on the electricity at the new house. I just got back from vacuuming the new carpet. My wife has gone to pick the kids up from school and then they're going out to get me a Father's Day gift for this Sunday. This was released three days ago, so it doesn't take a genius to figure out what I'm getting; 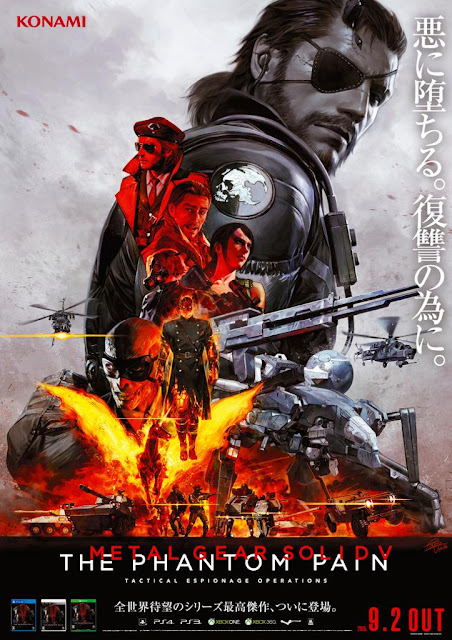 I played my first Metal Gear Solid console game on the original Sony Playstation back in 1999. I've played the remaining games leading up to this one in the years since. I've often said that this game series has given me a greater emotional rush than many films that I have seen in the last fifteen years.
Yes, yes, they are just video games, but the detail in the graphics is staggering. The voice acting is top-notch. The music adds to the tension of the game and, after playing as the game's central character, Solid Snake (it's complicated. You play the first two games as him, the third game as his father, and the fourth game as the original character again) for so long, you find yourself caring about what happens to him.
The storylines are extremely dense (i.e.- convoluted) and touch on everything from nuclear arms proliferation, nanomachine technology, gene therapy, The Cold War, child soldiers, and there's even a hint of incest in one of the games.
There's a lot to be done before I actually sit down to have a shot at this game. I'm still playing through some of the missions in Metal Gear Solid- Ground Zeroes, which was a series of five very short games that many experienced players said they felt gipped after they'd finished them. Some gamers said they'd played all five missions within a few hours. It was, however, meant to be a prequel for fans of this series, since The Phantom Pain was delayed so many times in the last two years.
Prequel or not, Ground Zeroes has been great, and if it's a taster of what to expect in The Phantom Pain, I think I'll definitely get my family's money's worth out of it.

Anyway, nothing else to report. Boxes are slowly being packed up for the big move in the next couple of weeks. We'll need to organise two guys and a truck for the heavy stuff. My wife and I don't plan on wrecking our backs.

Another week done. I was still wearing the Omega Seamaster 300; 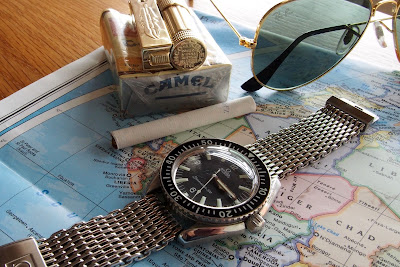 Thanks for reading, all, and have a great weekend!
Posted by teeritz at 23:45