Went to an auction. We were interested in this house, despite the fact that it would need some work to make it liveable. Speaking to the real estate agent over the last few weeks, he indicated that the property would fetch somewhere in the high sixes. Okay, I think we can cope with that, considering how much we'd have to sink into the place afterwards. Not to mention the $37,000 Stamp Duty that would have to be added to the sale price.
So, I get to the auction. The agent goes through his schtick about "Position, position, position", etc,  and the auction then gets underway; "Can we have an opening bid on this property?", he asks the crowd.
And some guy to my right blurts out; "Six hundred and eighty!"
What. The. Hell?!!! A few more bids and I'm out of the running. The place ends up selling for over $800,000.
One of the agents comes up to me afterwards. "Any questions?", she asks.
"Yeah, why'd it sell for so much?", I say. That shuts her up.
The hunt continues. We are in the middle of a "housing bubble" at the moment here in Australia. Home loan interest rates are sitting around 2%, which means that people are borrowing larger amounts from the banks, and bidding higher amounts at auction. That house was not worth the price that it sold for. Six months ago, it would have fetched around six hundred, six-fifty. However, people are getting desperate to get into the housing market and they're willing to spend more.
We have a couple of options;
Continue renting and wait for this bubble to burst. Could be six months, could be twelve.
Cast our net out a little wider and look for something a bit further out than we had first planned. As long as it's close to public transport so that the kids can get to school under their own steam. That would be preferable.

Anyway, as I say, the hunt continues.

I wore the Submariner early in the week (old photo); 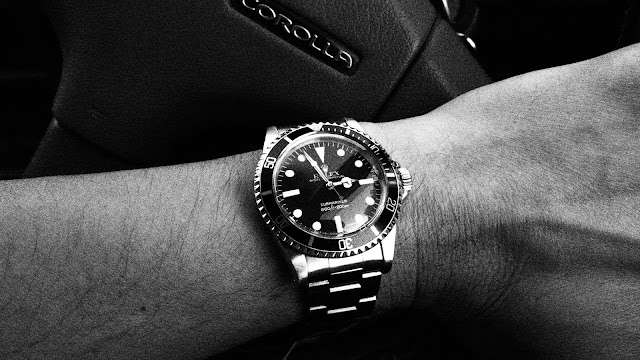 I spotted an Olivetti Lettera 22 on eBay earlier in the week. Here's the seller's pic; 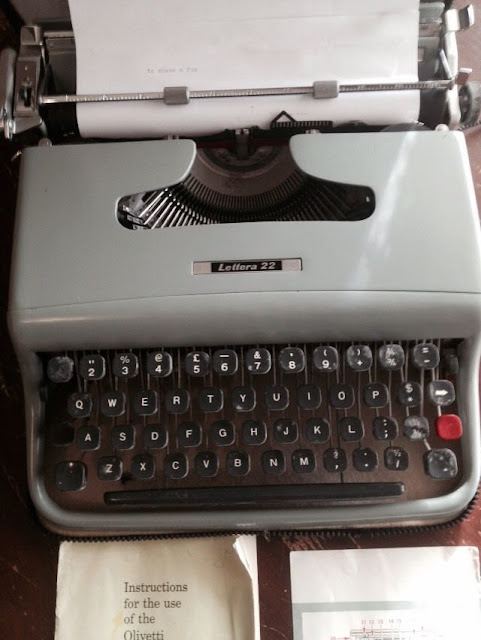 Looked good. Seller stated that it was in working order. So I bid on it and was successful. The typewriter arrived earlier today and this is how it looked; 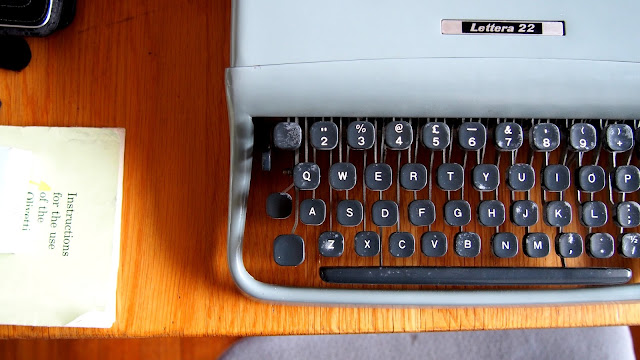 My fellow Typospherians, y'all can see how there's a little more of a gap between the edge of the frame and the shift key, not to mention the way the ribbon cover now sits.
Personally, I think it was damaged in transit by our wonderful Australia Post. Now, I must mention that they have been fine in the past, despite the fact that I had a run-in with the delivery guy one morning over the way he tends to casually toss parcels onto our front porch with a disgusting regularity. Granted, I'm not buying Faberge Eggs, but there have been times when my wife or I have made eBay purchases of items that were reasonably fragile and I have cringed at times over the way these items were delivered.

I have a plan. It involves a door frame and a car-jack. With the typewriter somewhere in-between; 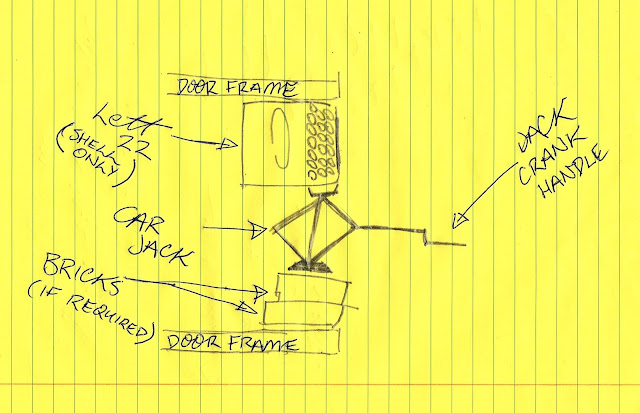 Now, last time I checked, I remembered that I'm no metallurgist, so I don't know how much stress I can put on this typewriter frame before it either eases back into its approximate original shape or it snaps in half.
What say you? Should I take a crack (bad choice of word) at it?
Mechanically, it works just fine, so if the frame does break, then I'll have a nice parts machine for anybody who wants it.
If the frame holds, however, and ends up looking a little better, then I think I'll be giving this shell a new paint job. I have a can of bright yellow spray-paint which would make this Glasgow-built machine look more like the older Lett 22s from the Fifties.
I'll have to wait and see.

Switched over to the Omega Seamaster Planet Ocean (old photo); 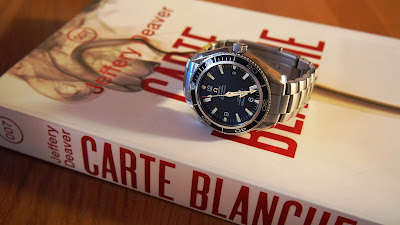 Other than that, not much else going on. The job hunting continues, as does the house hunting. The kids are on school holidays for another week, the cat is her usual glamorous self (old photo, man, I'm just not trying today, am I?); 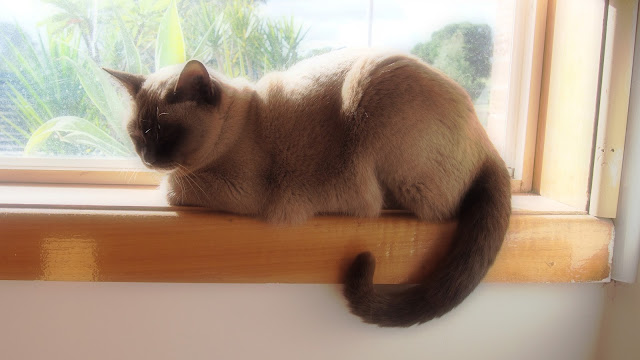 Have a good weekend, and thanks for reading!
Posted by teeritz at 20:58