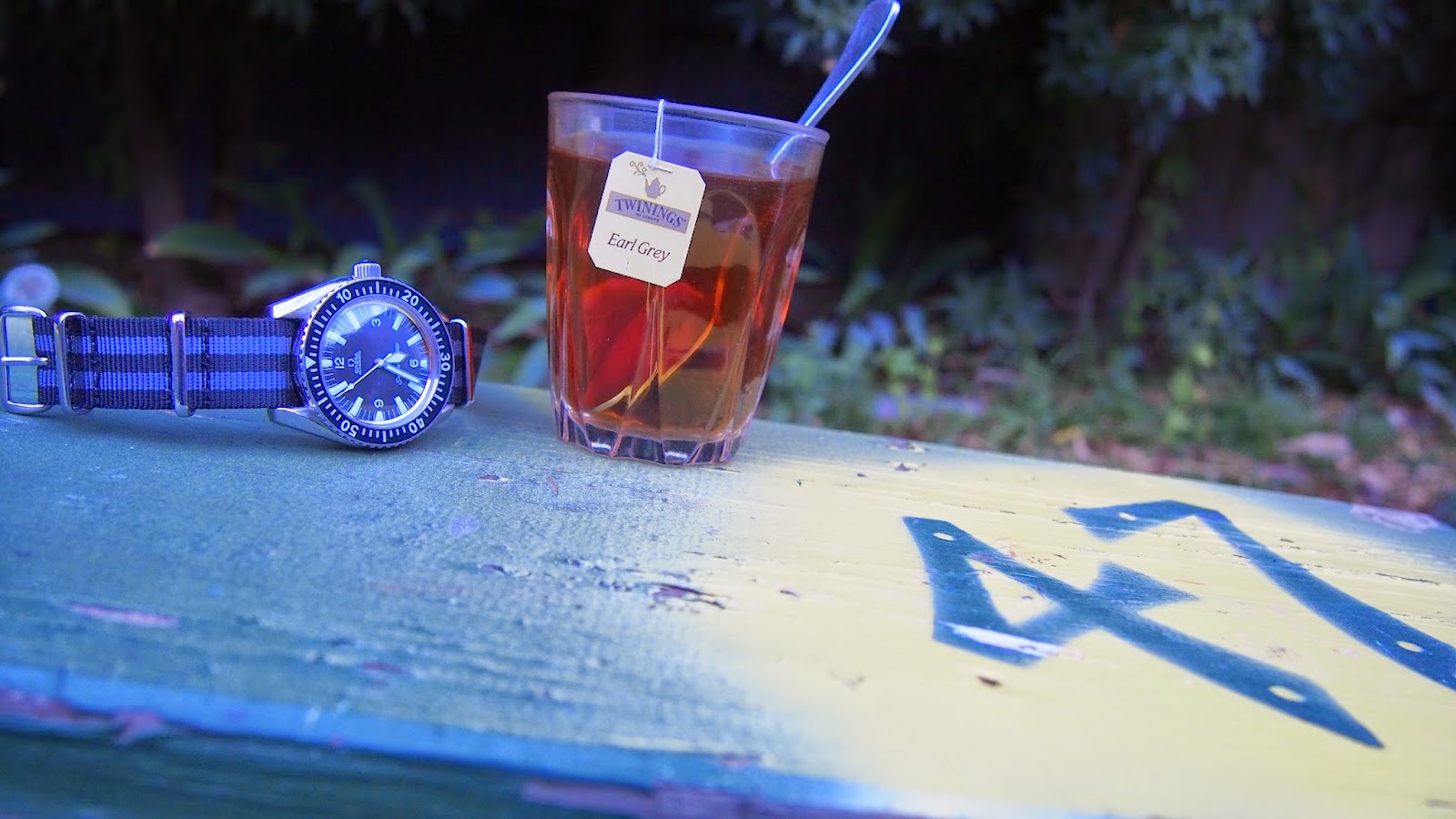 Still busy 'round these here parts. Sometimes, all you need is a cup of tea. Just to slow things down for a few minutes. I had the WatchCo Omega Seamaster 300 on a Bond NATO strap wrapped around my wrist last weekend.
You know, I've gotten into long discussions on wristwatch forums where somebody will call these nylon NATO straps 'cheap' and they will assert that this type of strap doesn't belong on a watch that costs thousands of dollars. I beg to differ. I always mention that even a four hundred thousand dollar Ferrari will be equipped with seat-belts made from 'cheap nylon', designed to keep the driver firmly in their seat in the event of an accident. Also, because a NATO strap is made to pass underneath the case-back of  a watch (since this strap is essentially one long piece), it is perhaps the most secure strap available, and this is why it remains the choice of those who still wear a watch for scuba diving purposes. 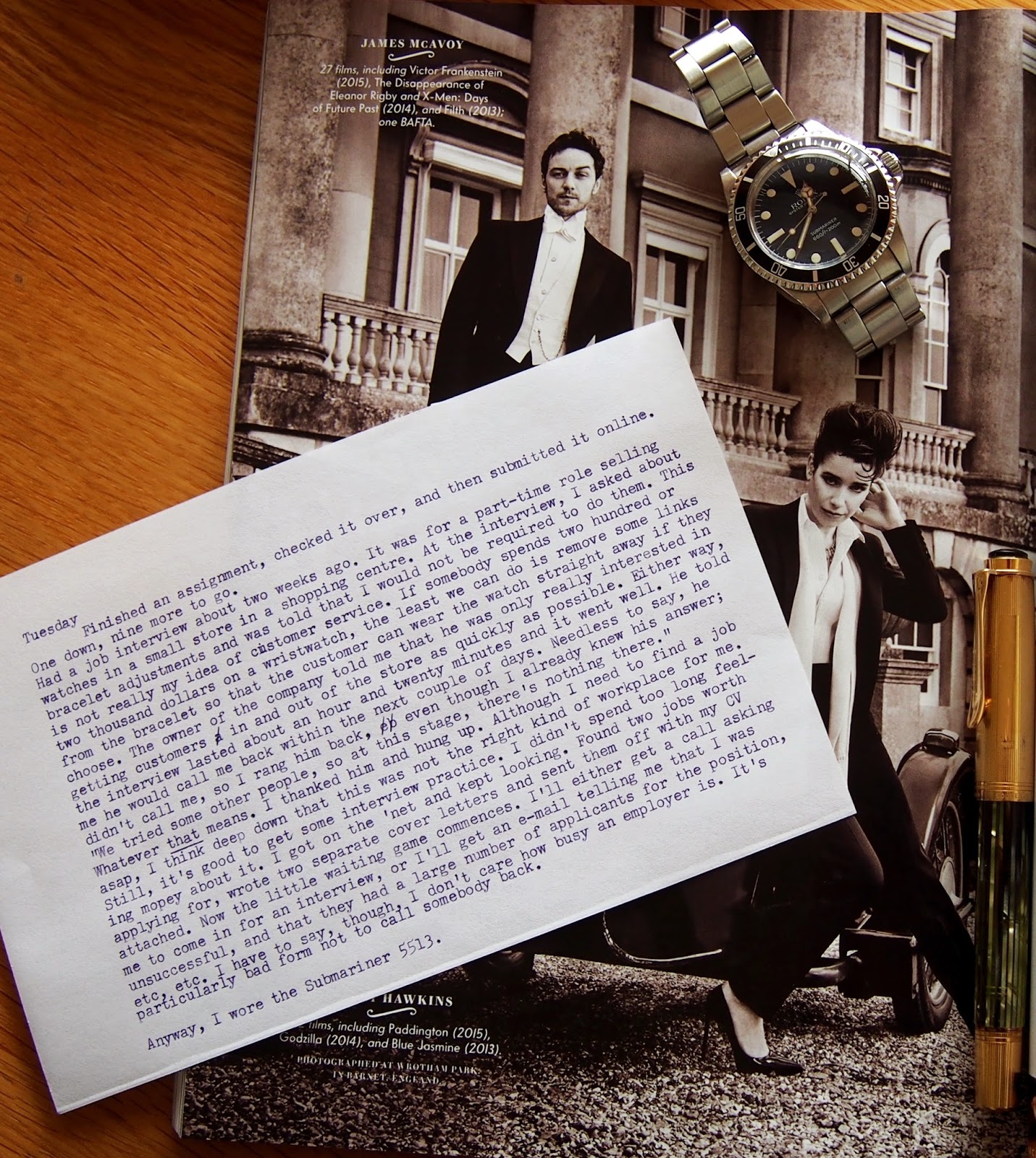 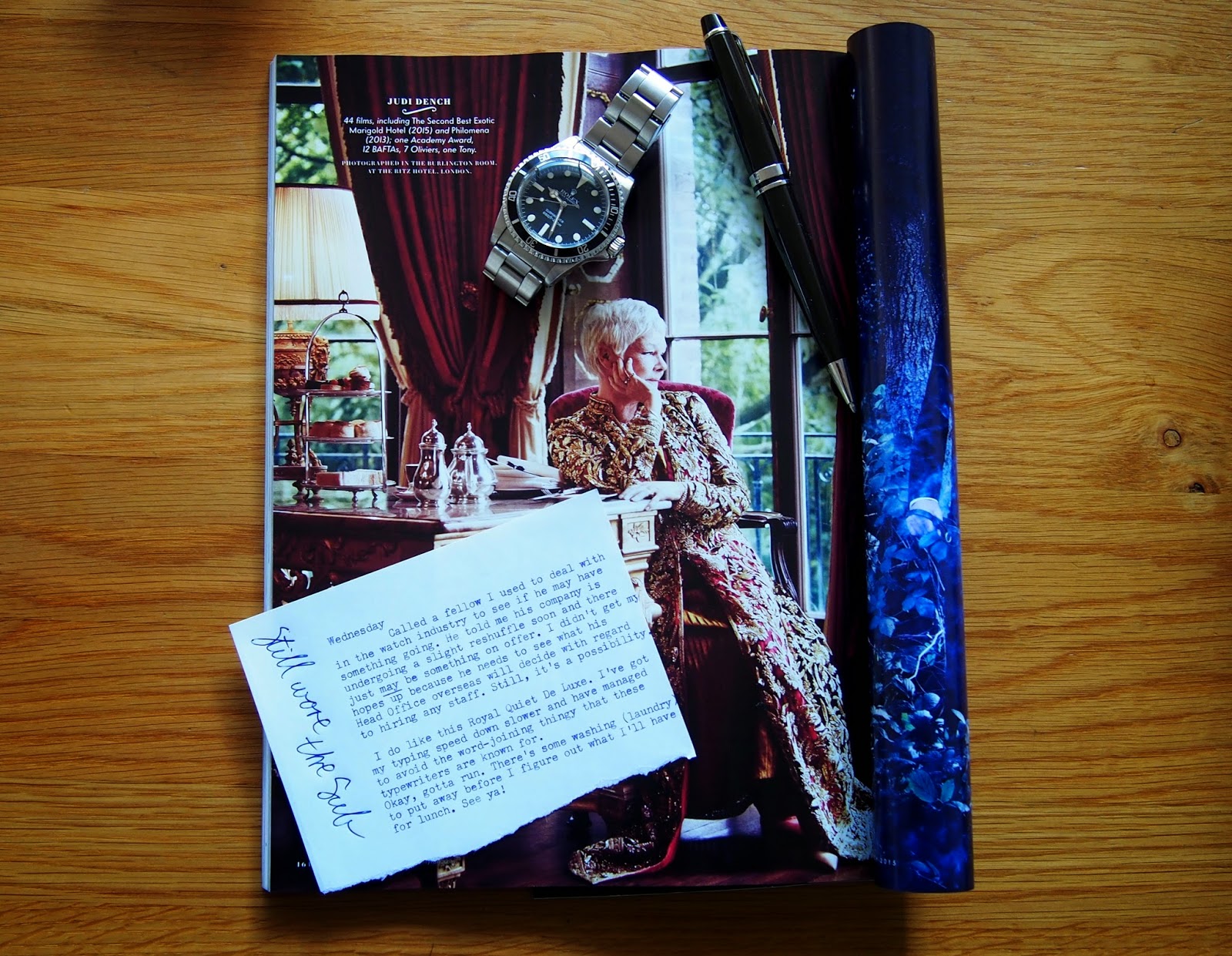 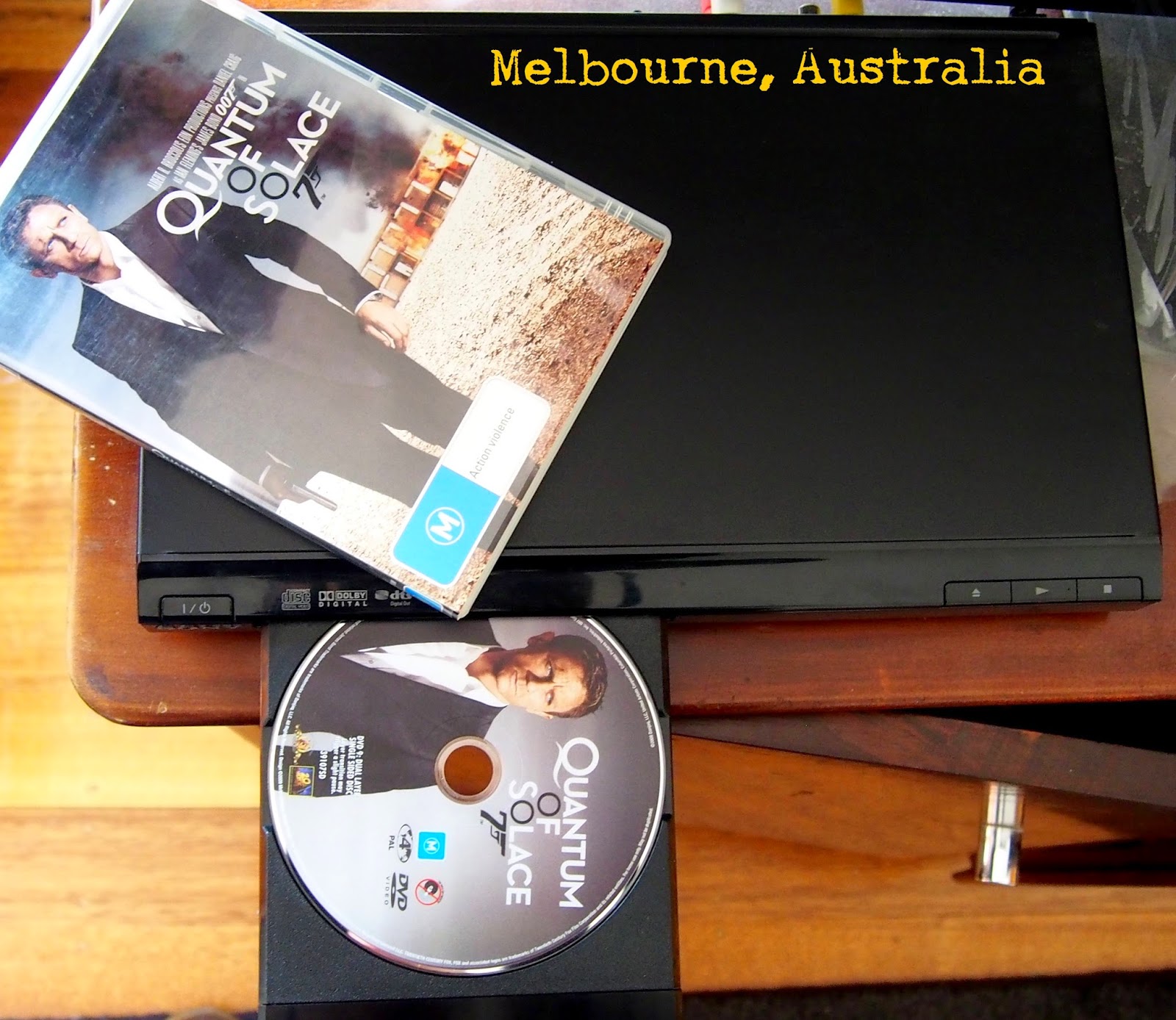 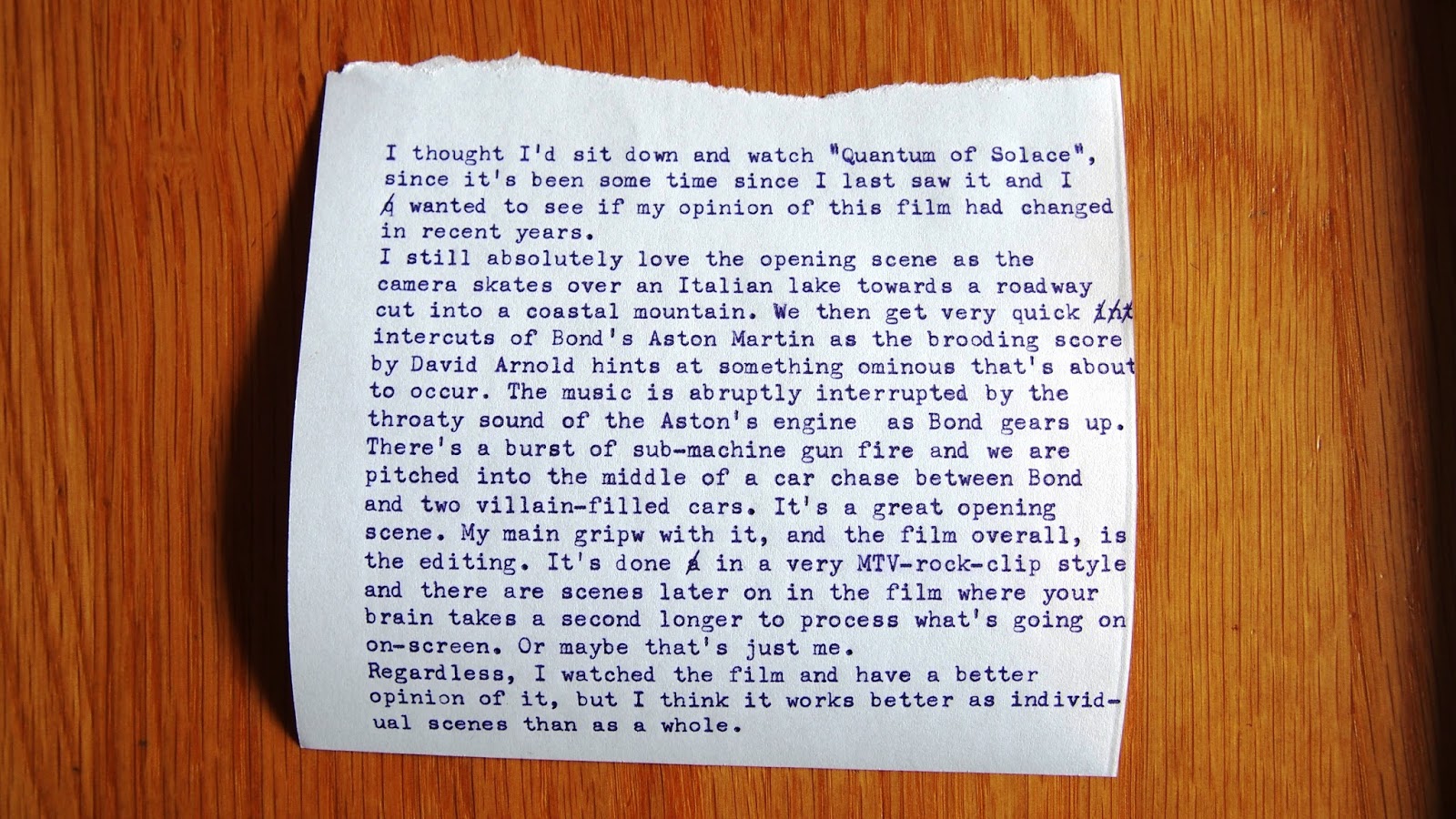 The main reason that I wanted to watch this film again was because I'd read the latest installment on;

You Only Blog Twice

A great blog by a guy named Bryant Burnette. He's basically gone through every Bond film and given them a rating, broken down by various criteria such as casting, direction, music, etc. Certainly a lot of work has gone into his reviews. And his screen-caps are divine;

Thinking about this film now, I like it as a collection of scenes, but I don't like how these scenes stack up together as a whole. The editing, while it does give you the idea and implication of what is going on, via a series of less-than-a-second images, soon begins to give you a headache. Well, that's what it began doing to me.
The cinematography is beautiful, though. And even if it didn't live up to the level set by Casino Royale a couple of years earlier, it is still a better Bond film than most of the efforts from the 1970s and early '80s.

Thursday
Got a mark back for that first assignment that I submitted earlier in the week. Forty-nine out of fifty. Good. Here I was, worrying that I hadn't addressed the criteria properly. Onto the next one, but I think I'll sit down and start it on Monday.
Felt like a drink later that evening. Switched over to the Omega Railmaster. However, I have quite a few leather straps, so I decided to put one on this watch with the view of leaving it on till Summer in an effort to wear it out and see how long it lasts. I tend to wear my watches on bracelets in Summer, since they're prone to more exposure to water, whereas Winter is all about trying to stay dry. We'll see how long this strap lasts. 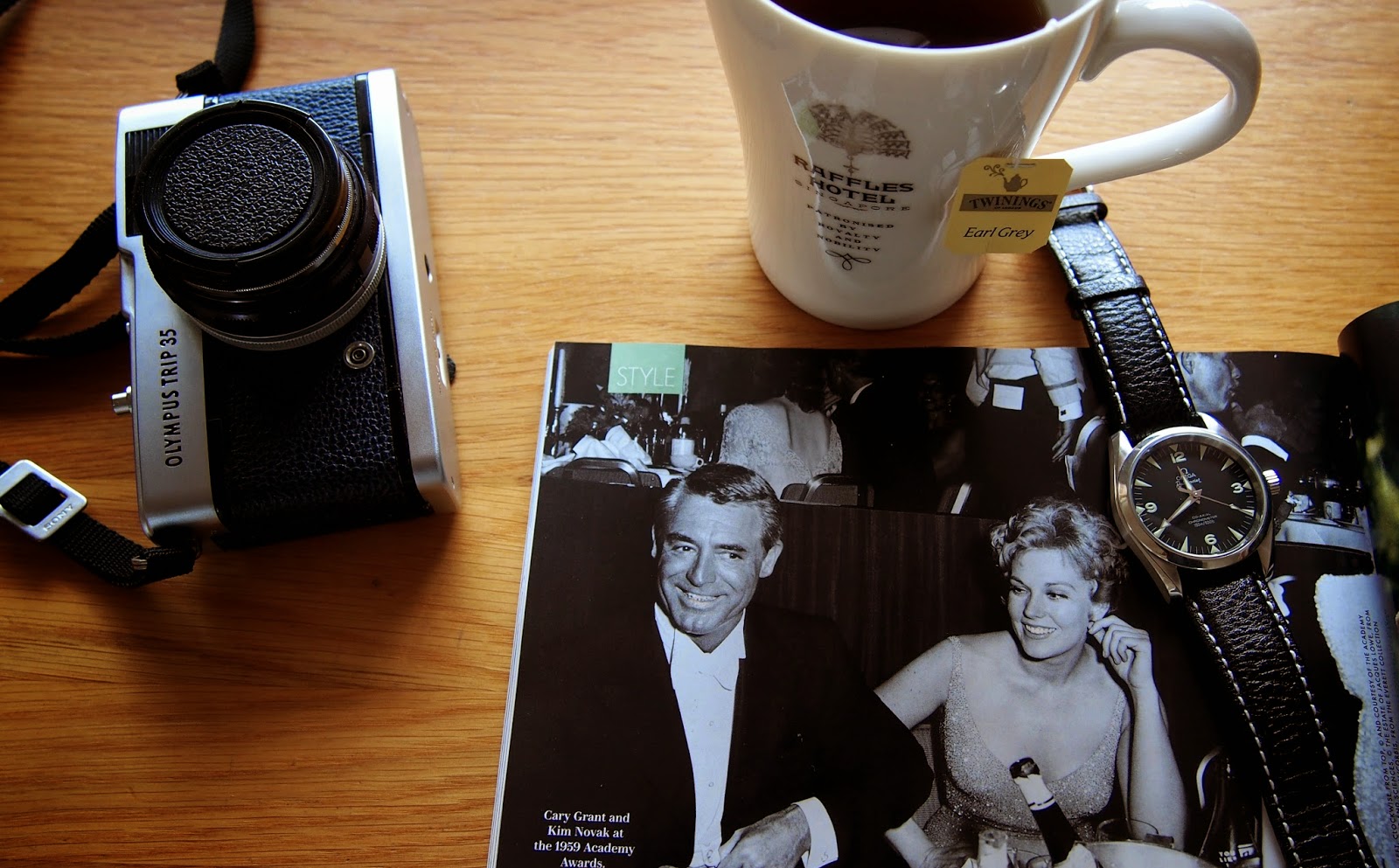 Later that evening, I felt like a drink, so I raided the liquor cabinet (man, everything is half-full or less!) and poured myself something a little different from the usual; 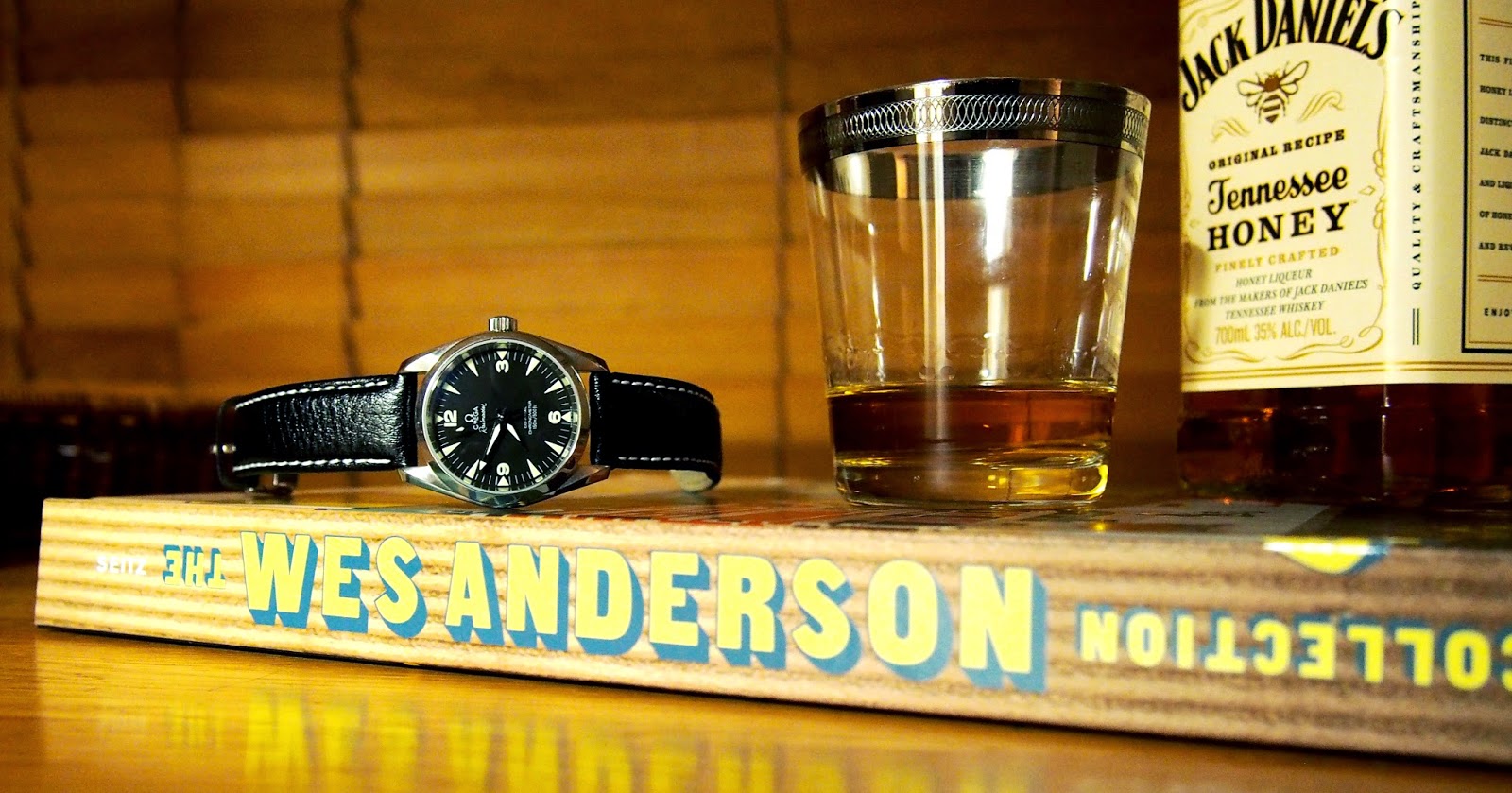 Today
My wife had the day off, so we got on our bikes and headed to a nearby park which has an array of workout machines set up. If you go through these machines and do three set of ten repetitions, you don't tend to feel any strain, because you are essentially just using your own body weight. Actually, I  didn't feel any strain because I'm a skinny little dude. So, I went beyond doing ten reps of some of the exercises and that's when I began to feel a slight burn in my muscles (such as they are).

Well, that's another week done and dusted. I'm feeling a little more hopeful regarding work, despite what the newspapers are saying. This country is apparently headed towards 7% unemployment by next year. But I stopped believing everything I read in the papers years ago. Our mining industry has taken a nosedive in recent months thanks to China's ultra-competitive iron ore prices. That's what happens when you put all your eggs in one basket and rely on just one industry to support an entire country. However, politics is not my forte and I have very little interest in the subject, so I'll stop right there.
We're picking the kids up from school in a few hours. They think we're then heading off to view some houses that are up for sale. We're actually taking them to an afternoon screening of The Avengers: Age of Ultron, which was released yesterday.
Don't tell 'em.

Meanwhile, somebody will be at home, taking care of business; 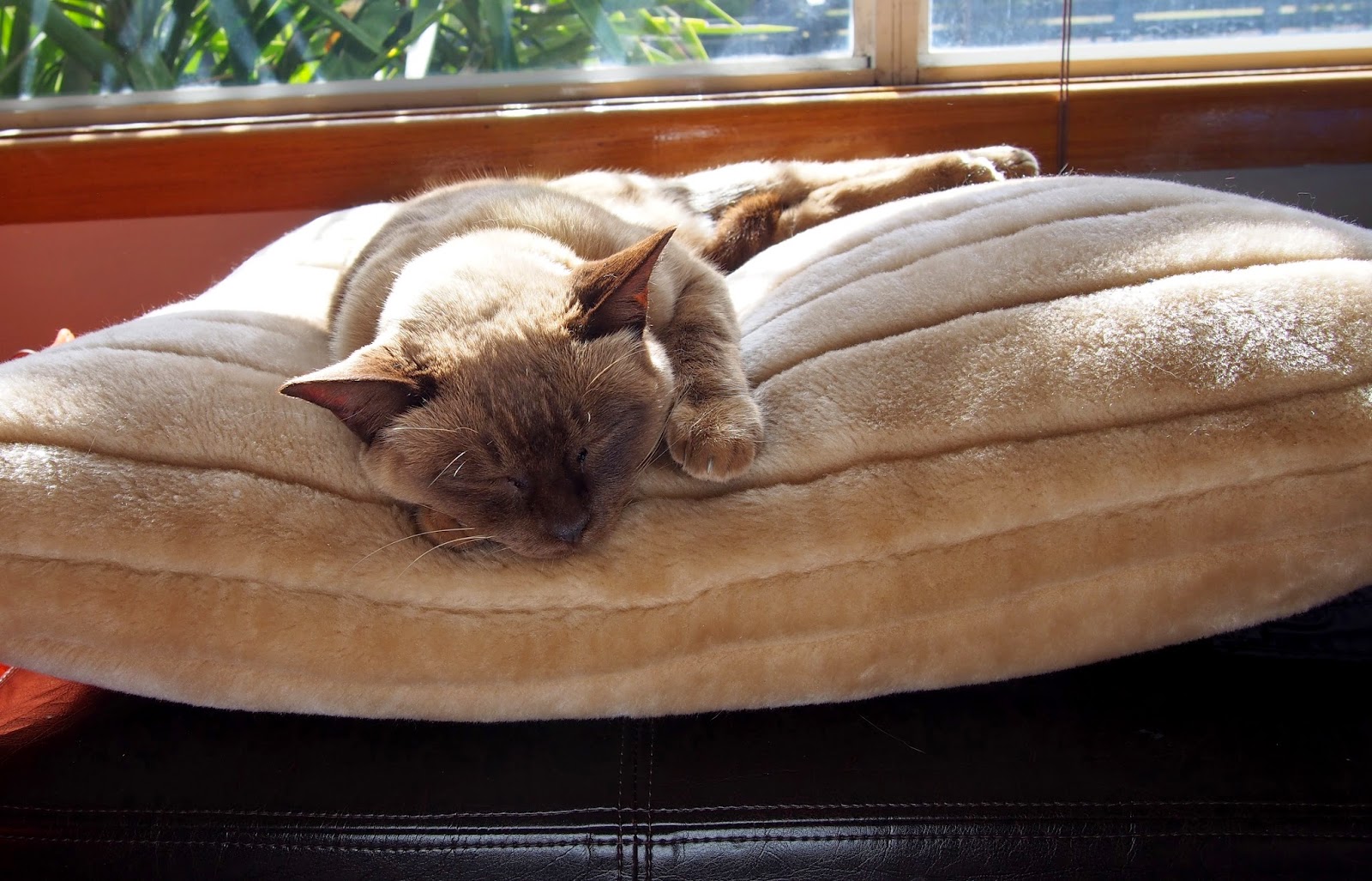 Two meals a day, with a little afternoon snack thrown in, some lower-back and shoulder stretches throughout the day, and a helluva lot of cat-naps. What a friggin' life!

Further reading can be found on wikipedia via this link; www.wikipedia.com - Gallipoli Campaign

Thanks for reading and have a great weekend!
Posted by teeritz at 19:49