Sat/Sun
The weekend was a bit of a blur. I was home with the kids while my wife worked both days. My son and I briefly had a go at playing Call of Duty online and I spent about half an hour getting killed every time I was out in the open. Man, some of these online players fight dirty.
I realised that I probably wouldn't fare much better if this was a real war zone. I still had on the Longines from last week. 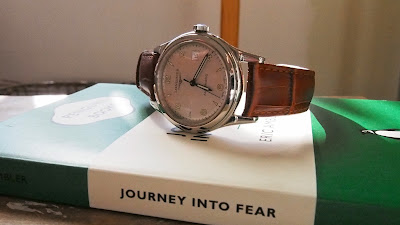 Eric Ambler's classic is the next book on my reading list. Can't believe this man's work has been allowed to go out of print in recent years.

I spent Sunday afternoon preparing a bolognese sauce to be used on Monday evening's dinner. Then, the kids and I went for a bike ride. I switched to the modified Seiko 7002; 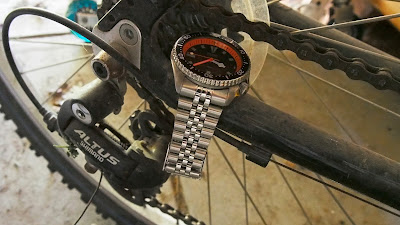 Here's a cartoonified shot, taken in the laundry mirror;

When my wife got home, it was still a sunny and mild afternoon, so we piled into the car and went to get fish and chips before heading to the beach nearby and eating al fresco by the sea. It was time to switch wristwatches.
We bought the food and found a quiet spot. 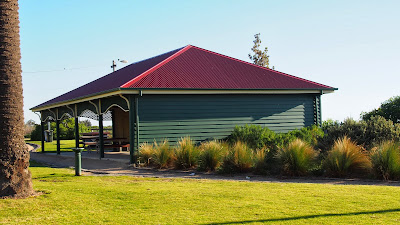 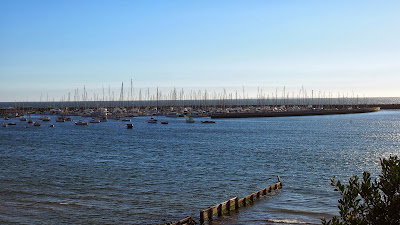 I was wearing the Omega Planet Ocean Co-Axial. 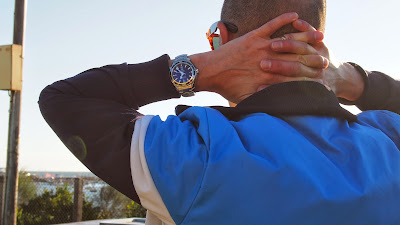 Man, I look like I'm being held at gunpoint. Ah well, I was wearing the right watch. And my blue track-top that mimics Goerge Lazenby's ski outfit in "On Her Majesty's Secret Service". Sort of.

Monday
I decided to hit the gym for a light workout. Went to the supermarket to do a top-up shop (how French) before heading home to tackle the cataloguing assignment that's due at the end of the month. Switched on the laptop and this came up on-screen. 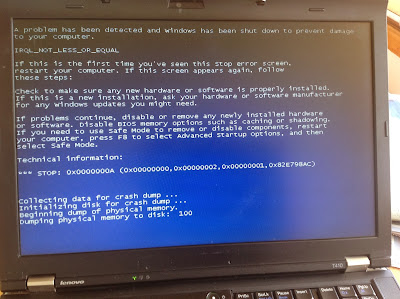 "Oh, no, no, no, no, no", I thought to myself. "Not now, not now", I added. I downloaded an iTunes update yesterday. Could that have caused it? No time to waste in trying to figure it out. I took the Lenovo to my local computer repair guys who charged me $49.oo just to look at it before they could give me a quote. Revenge of the nerds, alright. They said it'll take a day or so before to they get back to me. Bit of luck, I'll have the computer back before the end of the week.

Tuesday
Had classes. Did a little more of the assignment. Still have a heap left to do. When I got home, there was a message on the machine. My laptop was fixed and ready to collect. Off I went. Apparently, the crash had something to do with Norton Antivirus and the techies recommended that I switch to Kaspersky. I've never had any issues with Norton in the past, but it looks like I'll make the switch. I've used McAfee, but I was never crazy about its user-friendliness.
Later that night, I checked out BAMF's blog. He writes about the outfits worn by actors in certain films. I have to say that I love his writing style and he blogs about some very cool outfits. His latest post was about Daniel Craig's clothing in the finale of "Quantum of Solace". As soon as I got to the section about Bond's wristwatch, I looked at my wrist and smiled. 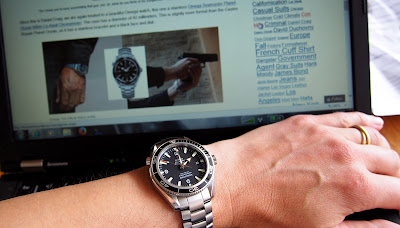 Definitely worth checking out his blog; http://bamfstyle.wordpress.com/
BAMF stands for "Bad-Ass MotherF--well, you can guess the rest. Great blog!

I was saddened to hear that Syd Field, the legendary screenwriting guru, had died at the age of 77. 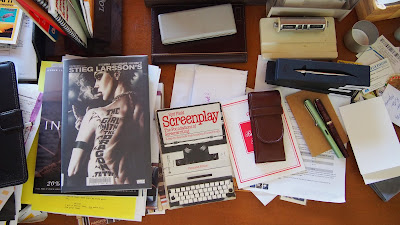 His seminal text "Screenplay-The Foundations of Screenwriting" was the first book I ever read about writing scripts and it's the one that I have often referred to since. Certainly there have been detractors over the years who have called his book simplistic, but I have long maintained that his work provides a great blueprint for the three-act structure of a script. And while there have been others who have written screenwriting books that go against much of what Field outlined, I have always said that first you have to know the rules before you can break them. Thank-you, sir.
Feeling inspired, I busted out the SM3 and tried hammering out a page of my (current) script. 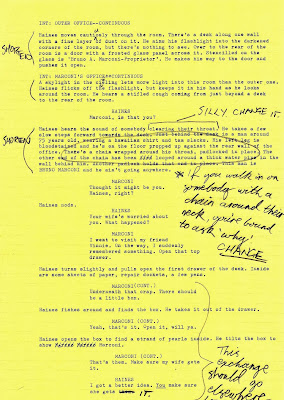 This story is giving me a few headaches. I've decided, however, to just sit down and map out the entire synopsis so that I can work out a decent plot for it. In the past, I've either just taken a few notes before writing the script or plotted it all out on 3x5 index cards, but this one is gonna require a little more thought and planning. This could explain why I haven't finished any of these scripts of mine. However, I like this idea enough to spend the time and trouble with it.
Oh yeah, I switched over to my Seamaster 300 on the Bond NATO strap. 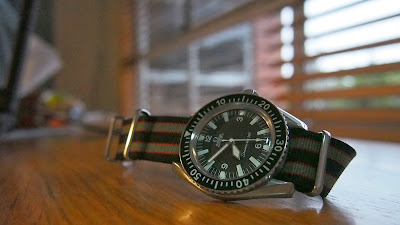 Thursday
I had the Seamaster 300 on when the mailman delivered these Fisher Space Pens. My son has done well in his first year of secondary school and we wanted to give a couple of his teachers a little gift of appreciation. 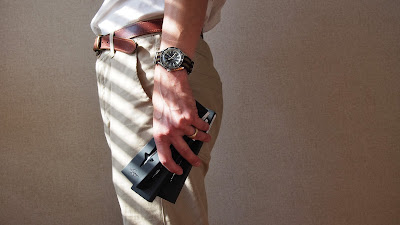 Then I stepped out to get a book for my son for Christmas. And the October issue of GQ magazine. Madame hopped onto the table to check it out. She's interested in the men's winter collections for this year. 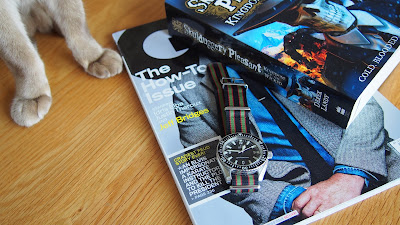 Friday (today)
And that's the week as we land on November 22nd. Fifty years since the assassination of JFK. I've sometimes wondered how America would have turned out in the 1960s if he had lived. How different things might have been. Certainly, he was no saint, but I can't help but think that he was a great President. I'm speaking as an outsider here, and perhaps those of you who were around in that time may hold different views on the man and his legacy. Still a shame that it happened.

Anyway, tonight I may head out to catch a session of "Captain Phillips". And I'm thinking that I'll probably switch back to the Planet Ocean.
Thanks for reading and have a great weekend!
Posted by teeritz at 18:17