Minor Gripes of the Week- A Mild Rant 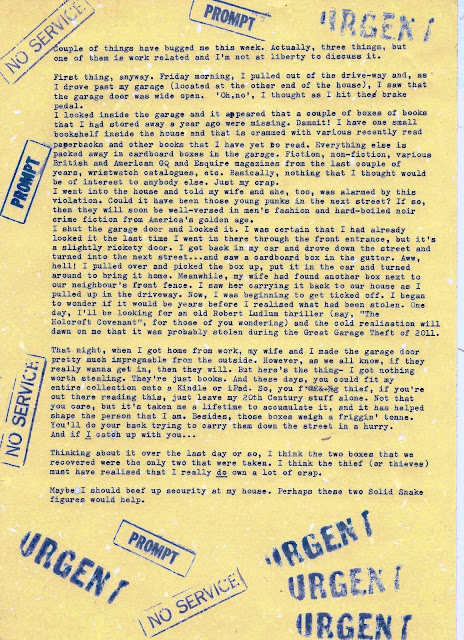 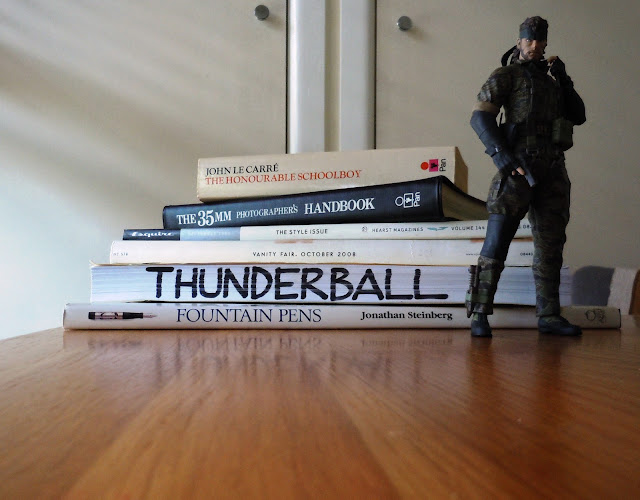 It's a mixture of stuff that I've stored away in the garage. Really of no use to anybody but myself.
John Le Carre? Cold War's over, old boy.
35mm Photographer's Handbook? The world's gone digital.
Esquire magazine from 2005? The fashions went out of fashion about 20 minutes after that issue hit the news-stands.
Vanity Fair from 2008? May as well be from 1908.
Screenplay to "Thunderball"? A very poor photocopy that's almost impossible to read.
A book on fountain pens. Fountain pens???In the age of the iPhone?
See? Of no use to anybody. 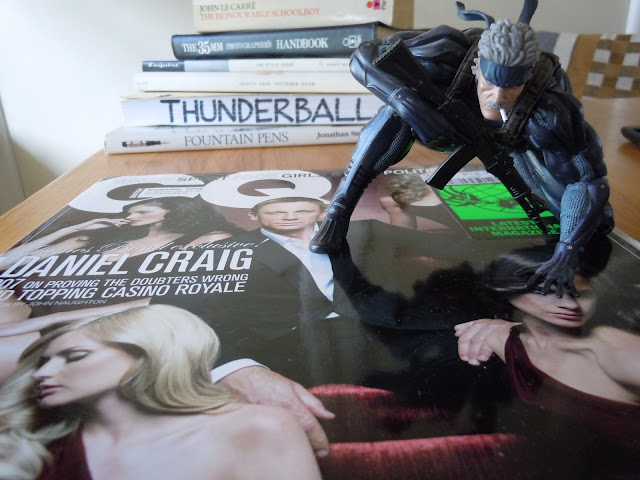 And in case you're wondering, yes, these figures of Solid Snake are mine. He's the hero of the "Metal Gear Solid" game series on the Playstation. The first game was released in 1999 and it was amazing. Very atmospheric and tension-filled.
By the time the fourth game ("Metal Gear Solid 4-Guns of the Patriots") had been released, I felt as though I had grown older with this guy and it was heart-wrenching to see him go through this mission. I kept reminding myself that it was just a PS3 game, but the writing, the voice acting, and the graphics helped create this incredible world. There were times when the hair would stand up on the back of my neck, there were times when my heart would race, and there were times when I would get choked up. This game was a greater emotional experience than any film made in the first decade of the 21st Century. Seriously. 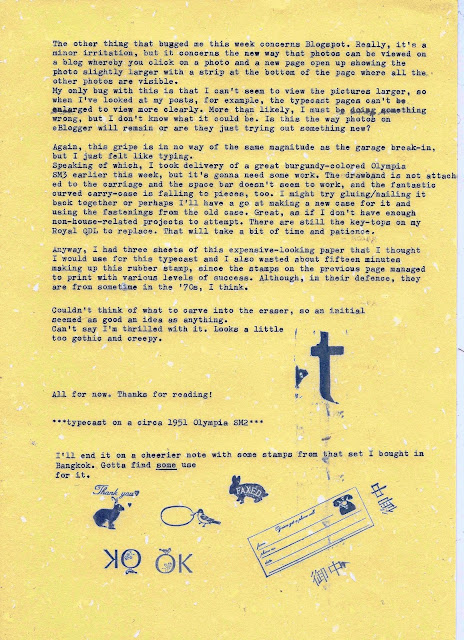 My wife didn't like the stamp I made. She said it looked like a crucifix. I told her I was aiming for a lower-case 't'. She said it looked very "Se7en". She and I say that when we're out and about and we see something creepy or seedy. That was a great film, btw. Best crime investigation film since "Chinatown".