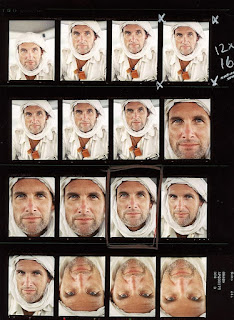 A few weeks ago, my wife brought home a copy of the September issue of US Esquire Magazine. Clint Eastwood and his son Scott graced the cover of this issue and there was a great joint interview in it.
Further along in this issue was an article by A.A. Gill, titled The Missing Ingredient.
The first two paragraphs are all about food. Exotic ingredients used in the preparation of some elaborate and debauched meal. Gill writes, by way of painting a picture;
I woke up, my head on the sticky table, the radio chuntering, a streak of congealed, thick blood smeared in front of me as if a desperate, gory hand had gone to grab something- a knife perhaps- in self-defense or fury. And there was the knife. My own large French iron cooking knife, heavy as a rabbit.

He goes on to write about the meticulous preparation of this banquet. He was cooking a grouse. He then adds that he actually prepared this entire meal twice. There were two dead birds in evidence on the table. Feathers everywhere. Blood sprayed along a wall. Various condiments and sauces created for this repast. And yet, he didn't turn on the oven. Also, this meal had been prepared for no list of guests. Guess who's coming to dinner? Nobody, that's who.
You see, A.A. Gill created this feast while in a drunken stupor, at the height of his years as an alcoholic. 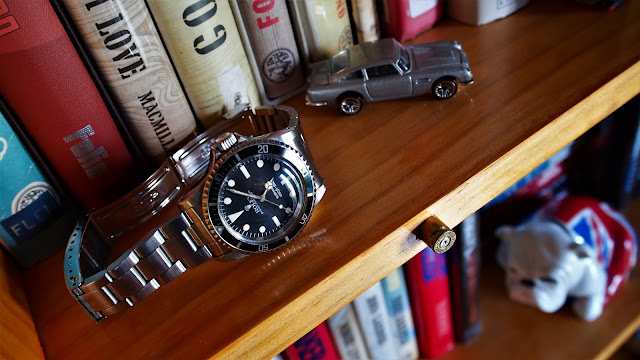 Really need to get this watch serviced sometime in the next few months. 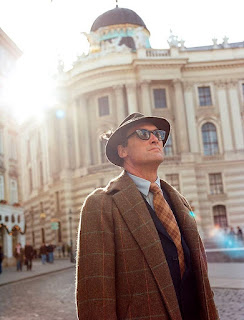 Back to Mr Gill. The article was all about his brother Nick, an up-and-coming talented chef who was beginning to make a name for himself in France and who one day just disappeared off the grid. He told A. A. that he was leaving Britain "and not coming back", and then he vanished.

My father would leave twenty pounds on the kitchen table every Friday night and disappear, and I would shop- I was a frugal quartermaster, shaving enough for beer and fags- and Nick would cook. He must have been thirteen.

It is a beautifully written article. Wistful, funny, eloquent and, having seen how the author's own life story has ended, just plain sad.
The article is excerpted from Gill's recent biography, Pour Me: A Life, which chronicles his lost years at the bottom of a glass. I'm glad he managed to crawl up and over the rim. 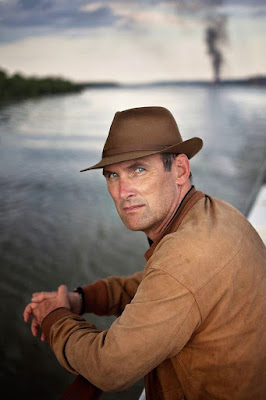 I can't say I've read much of A.A. Gill's writings. He specialised in food and travel writing, two subjects that I tend to gloss over when I come across them in a magazine.
Although, I do remember reading a few pieces that he wrote for British GQ over the years and I recall thinking that he had a wonderful turn of phrase. And a razor-sharp wit.
Adrian Anthony Gill was diagnosed with "an embarrassment of cancer, the full English" (his own words) a few months ago and succumbed to it on December 10th.
My wife told me of his death on Monday. "Oh no! Oh, man!", was my response.
I'd raise a glass to you, Mr Gill, but I don't think that would be appropriate,sir. Instead, I'll make a tiramisu  this weekend. And save you a slice.
Thanks for the wonderful words and wit. That was as sharp as your French iron cooking knife. The one that was as heavy as a rabbit.

This has been a particularly nasty year with regard to those whom we have lost. Twenty-sixteen has taken too many angels before their time. Sure, I'm sounding flowery (or worse, pretentious), but while we can mourn the deaths of notable people who lived well into their late eighties and nineties, it has felt especially heartbreaking to endure the loss of talents such as Gill, Bowie and Prince because we are all too aware that they still had much to give.
So, I personally can't wait for this year to end. It's been a real dog in some ways. But until January 1st, 2017, I don't think anybody's safe. Here's hoping for a happy new year indeed.

Back to the wristwatches, I wore the Oris Diver Sixty-Five all week. Switched it from the steel bracelet to a black NATO strap;

Too much froth on that caffe latte. Good thing I wasn't paying for it.
It's a pet-hate of mine when I pay for a take-away coffee and feel a half-empty cup.
I hate paying for a cup of air.
Probably one of the main reasons why we bought our own coffee machine years ago.

***I've tried like hell to find these photos of A.A. Gill on the web again, in order to add the proper attribution to the photographer, but I've had no luck this evening. I'll keep trying.