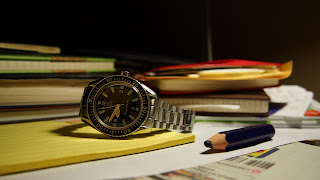 Wore the Omega Seamaster 300 last weekend and on Monday. Found out, though, that the bracelet could probably use one more link in it because it was a pretty snug fit as the day warmed up and my wrist swelled up a little. The bracelet is from around the mid 1990s and has the reference 1498 engraved on the clasp bridge. I'm gonna have to do a little hunting to see if I can snag another link - or preferably, a half-link- because I don't think it'll get much wear over the Summer months with the way it fits right now. I could take it to Omega, but they'll just look at it and give me a slap on the wrist for putting a Speedmaster bracelet on a Seamaster wristwatch.
Might try a few other avenues first.

On Tuesday, I switched back to the Oris Diver Sixty-Five. Was messing with the Art filters on the Olympus EPL-5 for this next pic. Couldn't decide on which photo to include in this post, so I figured I'd put all three of them in; 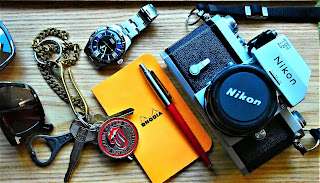 This filter effect is 'Pop Art', which really brings out the colours. Gives it a bit of a '60s Kodak Ektachrome feel. 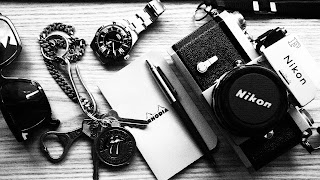 This next one is called 'Grainy Film', for obvious reasons. Gives off a cool 'surveillance photo' vibe. 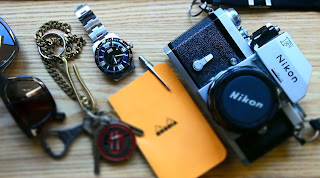 And, another favourite of mine, good old 'Diorama', which nicely blurs portions of the frame. I never get sick of this one, but I must say that it's better used for landscape and location shots, especially when taken from above. I stood on an overpass above a nearby train station and this filter made it look like the set of Thomas The Tank Engine. 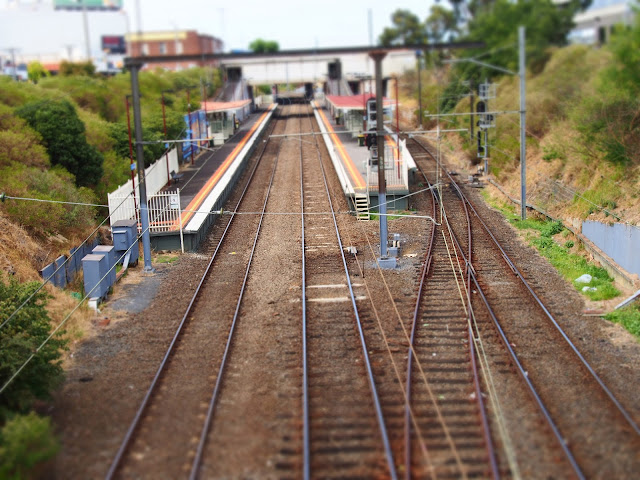 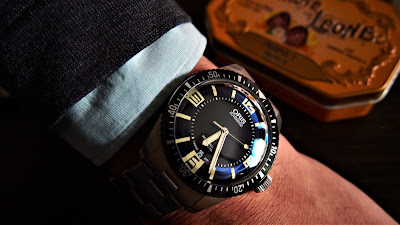 Anyway, this week is done. I hope yours has been a good one.
I still had the Oris on my wrist;

I have to say this is a great watch if you happen to like re-editions of vintage watches of the Sixties. This has been a trend over the last ten years or so. 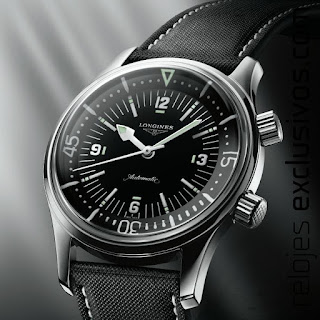 From memory, it might have been Longines that kicked things off when it released the Legend Diver Heritage model in 2007. It became an instant best-seller, harkening back to the 1960 compressor model. The re-edition was first released without a date window and this feature (or lack of) made for a dial with wonderful symmetry.
A couple of years later, Longines released a date version of this watch and then rumours began to circulate on wristwatch forums that the non-date model would be discontinued. I told the Longines Sales Representative in my city that the brand would be crazy to phase out the non-date model, since demand for it was quite strong. She told me that a lot of customers preferred to have a date window on their watches. In the end, there was a last-minute reprieve for the date model and production of it continues to this day. 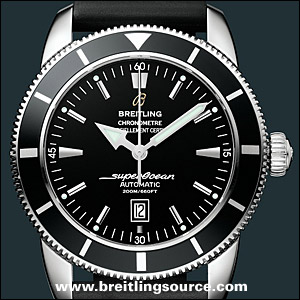 Now that I think of it, Breitling was another brand that released a re-edition dive model in 2007. The SuperOcean Heritage 46 was based on a dive watch of theirs from 1957. Its one main draw-back, in my view, was the 46mm diameter of the case. However, this didn't seem to upset customers because, by 2007, we were well and truly in the era of the BIG wristwatch, which began sometime in 2003, from what I could see from my place in the wristwatch industry. In fact, it was probably Breitling, and definitely IWC, that spearheaded this trend towards larger and larger watches.

Actually, thinking about it even more, and I begin to suspect that it may have been Doxa that started the trend even earlier, but I can't be sure. I only say this because I think this brand never stopped production of its classic Sub series, which was first released back in 1967.
We have seen a slight downwards shift in wristwatch sizing over the last two years or so. I think if this big watch bubble bursts, it will happen very slowly.
Back on topic, the re-introduction of dive watch designs of the past is something that many brands have attempted in recent years. The last five years alone have seen the release of Omega's Seamaster 300 Master Co-Axial, based on a model from 1957, and the Tudor Black Bay Heritage, the DNA of which comes from their classic dive pieces of the 1960s. Even much less expensive brands like Zodiac (under the Fossil umbrella nowadays) released reproductions of their Sea Wolf and Sea Dragon models of the '50s and '60s, and Japan's Seiko brand have just issued a new version of their classic, mid-70s 6306 model (affectionately referred to as 'the turtle').
This proliferation of vintage-inspired wristwatches was a smart move on the part of these watch brands. It allowed watch nerds to get their hands on vintage designs without the worries about fragility or parts replacement associated with the purchase of the actual vintage watch that the new model is based on.
And it also makes for a nice diverse range of options. Bound to be something for everyone out there these days.