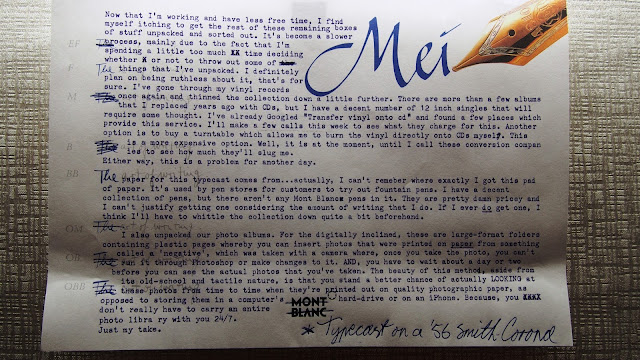 Speaking of photos, I found a bunch of wedding photos that I'd forgotten we had. My wife had a friend of a friend (should'a realised it was bad news right there) who was a photography student. We took a look at some of her work one day and saw a portfolio of some wonderful sepia-toned wedding photos that she had taken. We decided to ask her if she'd like to take pics on our wedding day. Of course, we would pay her for her trouble, and she was invited as a guest as well, so that she could get a decent dinner out of it too.


So, the wedding day rolled 'round, back in October 1996 and, armed with her 35mm Canon SLR, she took pic after pic of us and the guests as the day progressed. It was a nice, low-key affair. Around forty-five friends and family members seated at various tables at a small Italian restaurant that we had booked out for the reception. It was a memorable day.

A few days after we got back from our honeymoon, we received the photos. As well as a partial refund of what we had paid the 'photographer'. Uh-oh.
My new bride and I began flicking through the album, disappointment increasing with the turn of each page. Ninety-five percent of the photos were over or under exposed, with an awful graininess to them. People were caught in mid-speech, so that their features appeared slightly grotesque. This was the photographic record of our special day. This explained the partial refund.
My wife and I were crestfallen.

Now, the photos that I'd forgotten we had - my wife had an uncle who had worked as a set designer in film and television sometime in the 1950s and '60s. He had brought along a simple point & shoot camera on the day and had taken photos. Every one of them was wonderful. He took about two rolls of film that day.
So, we at least had around fifty nice photos to remember the day by. Thank God. Thanks again, JK! You were a life-saver.

Anyway, I spent the better part of last Sunday going through all of these photos and I'll get around to sorting them all out properly one day soon. I wore the Omega Speedmaster Professional; 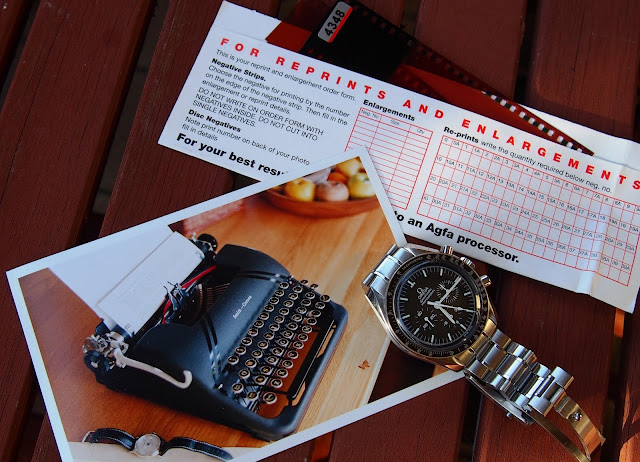 I began asking for matte prints with white borders from the Photo Kiosk about five years ago. And a contact print. Might as well get my money's worth. These days, I also ask for a copy of the pics to be burned onto CD.
Even though there's something romantic and espionagey about negatives.

Easter Monday, I decided that I was sick of seeing the ironing board piled high. I spent about 90 minutes ironing shirts while listening to some podcasts on Nerdist.com. I gotta say that founder Chris Hardwick is a funny guy, and he knows a lot of Hollywood celebs. His interviewing style is actually pretty relaxed and it's refreshing to hear somebody famous being asked the kind of questions that don't require them to be 'on' all the time. They wind up talking like a regular person.
I've gotten back into listening to podcasts on a more regular basis since they can be a nice alternative to music or television.
Speaking of television, if you had said to me 20-25 years ago that there would come a time when I would not be able to find anything on TV worth watching, I would have said you were crazy.
Well, that time has come. I think we now have about 22 free-to-air channels to choose from and the pickings are pretty slim. Unless you love reality television, C.S.I, The Big Bang Theory, talent shows or cooking competitions.
Netflix, I'll see you soon. The minute I figure out how you work and how much you'll cost me.
So anyway, I ironed about eight shirts, two pairs of chinos and my daughter's school dress. I wore the Omega Planet Ocean. 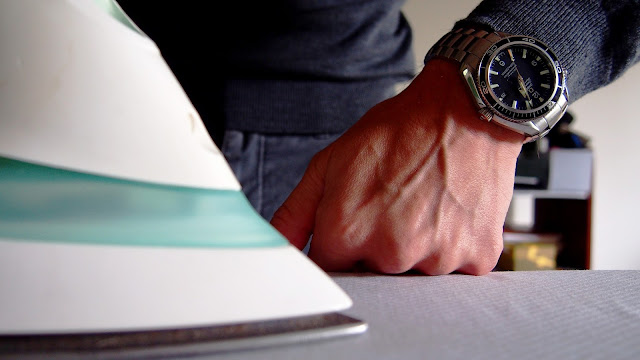 I think we'll need a new iron soon.
Here are a couple more random shots of the Planet Ocean; 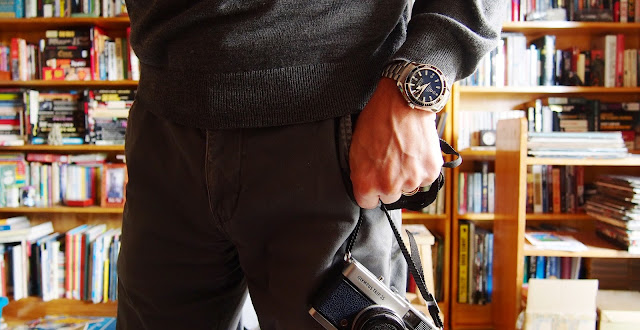 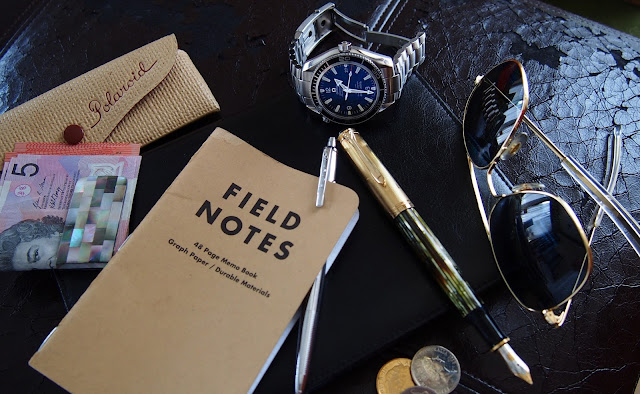 Been thinking a little more about this blog of mine lately. Well, not the blog itself, but rather, my writing. Specifically, my writing 'style', such as it is. In all honesty, I often feel like I'm not really writing the way I'd like to. Some of my writing can tend to get padded out a little, resulting in sentences that take a while to say what they mean.
Also- and more importantly- I find that I'm not writing as my 'true self'. I'm not sure that it's my 'voice' that you're reading. My wife has often told me; "You write the way you speak", but I'm not so sure sometimes. Although, she knows me well enough by now, so who am I to argue?
Because I've been trawling through so many old GQ Magazines lately, perhaps I may have reached a point where I'd like to write a little more 'true' than I normally do.
GQ has very often contained some of the best-written articles I've ever read. They are witty, smart-assy, informative (their main reason for being) and sometimes peppered with Pop Culture references.
Ah yes, Pop Culture references. I've often felt like throwing some in here, but I usually begin to wonder if they might be too obscure. Then I begin thinking "Big deal if nobody gets it! It's YOUR blog!"
Like anybody else (I'd imagine), there's all manner of crap floating through my mind on any given day, so I may as well throw some of it your way. As I approach five years of this blog, I'm reminded of the tag-line in the banner; "'Cos I had to put all this somewhere".
So yeah, this is as good a place as any. I'll see how I go. In any case, it's gotta come out as natural, rather than forced. Nothing worse than going for a cheap laugh.

Okay, Friday night. We've had dinner and I'm just contemplating whether or not to open up this Colomba sponge cake that I bought earlier today. This is a traditional Easter dessert in many Italian households. Since I didn't buy one prior to the Easter break, I figured I'd snap one up now that the priced was reduced by 50% to $13.99. Yeah, these imported pastry goods can be damned expensive. I bypassed the chocolate cream-filled version and went for the lemon one instead. A slice of this with a cup of tea or coffee goes down well enough.
Still wearing the Planet Ocean; 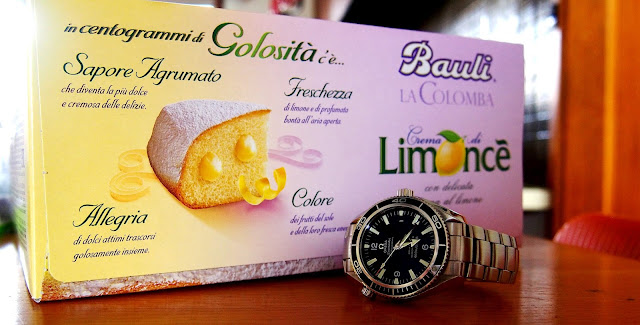 I hope your week's been well. I'm taking the kids to a nearby cat show tomorrow morning. I'm sure we'll see some exotic breeds, but man, cat people can be a little crazy and self-important. Have they learned nothing from their felines?
Ya gotta stay chill, ya gotta not take life too seriously.
And above all, ya gotta purr a little more.
'Cos you don't get to look this good if you stress over stuff too much.

This is not a  picture of our cat, but the resemblance is uncanny.


Thanks for reading and have a good weekend.