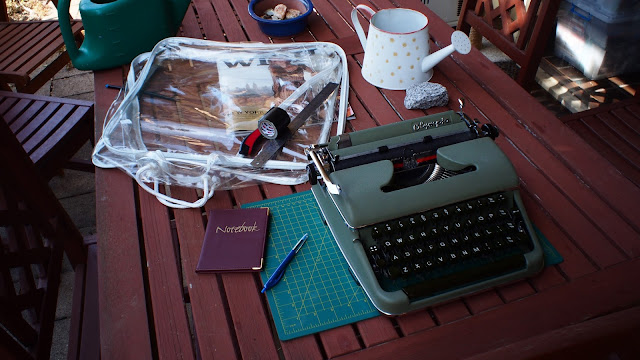 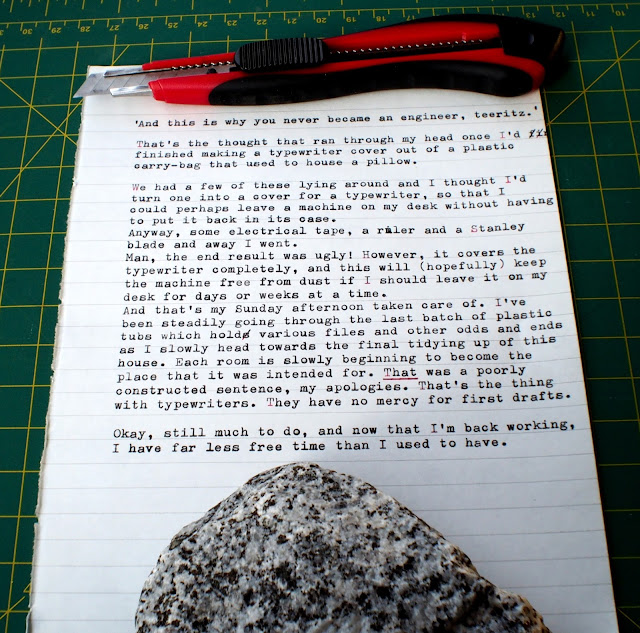 Not the finest typewriter cover ever made; 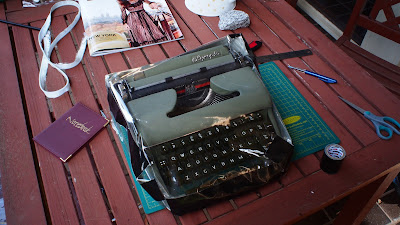 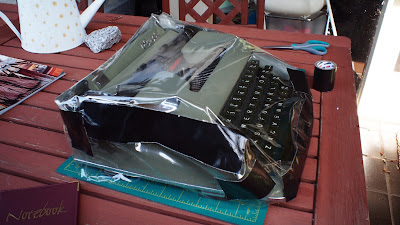 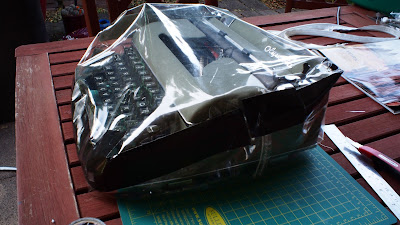 I wore the Omega Seamaster AquaTerra; 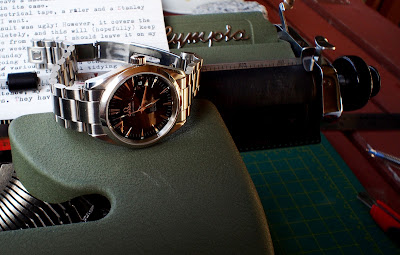 Another awful week of the loss of more British talent. I really hope 2016 ain't gonna take too many greats away. Although, if you are of a certain age, you may find that some of these deaths of notable people may resonate with you in particular.
There's a line in Indiana Jones and The Kingdom of the Crystal Skull (Dir; Steven Spielberg, 2008)...

...which began to make perfect sense to me around the time that Lois Maxwell, Miss Moneypenny in the early Bond films, died in 2007. That was when I began to notice that so many actors whose work I'd seen in my youth were beginning to pass away.

Legendary record producer George Martin died earlier this week. He worked on some of The Beatles' best albums, as well as the soundtrack to the Bond film Live And Let Die. Later in his career, he worked with my favourite band of the '80s, Ultravox. He was ninety.

And a few days later, legendary production designer Ken Adam shuffled off his mortal coil at the age of ninety-five. Adam's work was sheer genius. When Goldfinger was in pre-production in 1964, Adam was given permission to visit Fort Knox in order to get some ideas for his production sketches. He was underwhelmed with how the gold was stored in small safes, so out came his sketch pencils... 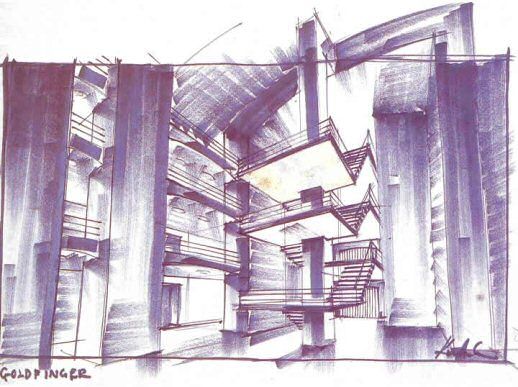 ...and he created what has been referred to as 'a cathedral of gold'; 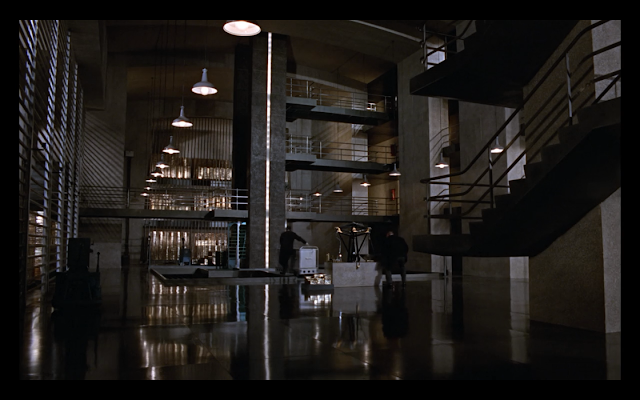 And, of course, Ken Adam was also responsible for the famous carved-out volcano set from You Only Live Twice;

For me, though, I'll always have a soft-spot for the creepy room that Professor Dent goes into in Dr No; 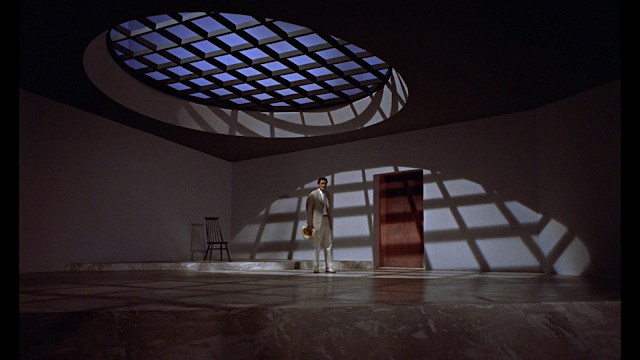 If I ever have a new garage built, I'm gonna get a huge lattice-covered hole cut into the roof so that I can achieve a groovy criss-cross shadow across the floor. It'll need some perspex over it to keep out the rain, but man, it'll look super-cool!

Switched over to these watches throughout the week; 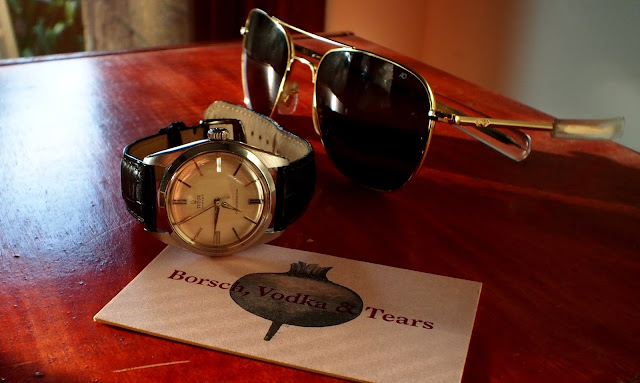 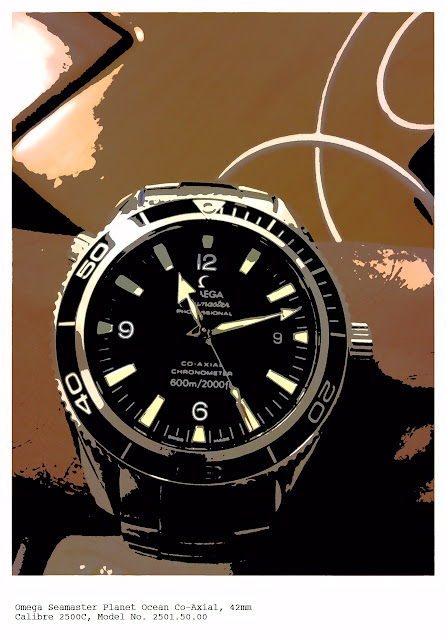 And then the Omega Seamaster Planet Ocean. Despite the fact that autumn began almost two weeks ago, we are still getting some very warm and sunny days. As such, I find myself wearing my more water-resistant watches with metal bracelets. It'll be nice when the weather cools down a little, even
though it wasn't an overly hot summer, and I can begin wearing a few more of my watches on leather straps.

Work has been good. So much to learn, and I've begun processing some repairs from beginning to end. I've got the hang of entering the repairs into our database when they first arrive. Now the real learning curve will come when I sit down to learn how to write quotes (actually, it's the pricing that will require concentration) and prepare invoices. I've already begun some of this portion of the job, but my aim is to master it to the point where I'm comfortable with it all. I've helped take some of the load off the watchmakers by doing some bracelet and strap changes. This allows them to concentrate solely on the actual watch repair side of things rather than distract them with trivial matters like strap adjustments.

Anyway, so far, so good.

Another week down. I hope yours has been a good one. We have a Labour Day holiday here in Victoria on Monday, so it's a three-day weekend coming up!
Which is nice.

Thanks for reading and have a great weekend, all!
Posted by teeritz at 03:47