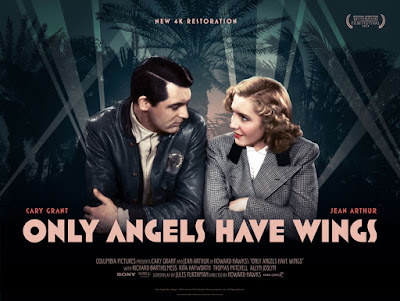 Still busy in my hunt for work, but I'll take a quick respite from it all to write up this post. I headed out to the newly re-opened Astor Theatre last Sunday to catch a restored version of the 1939 Howard Hawks classic Only Angels Have Wings.

I wrote about this film earlier this week. If you wanna read about it, just scroll down to the previous post.
Great movie. Certainly, it's a little cliched in this day and age, but it held up as well as I remembered. 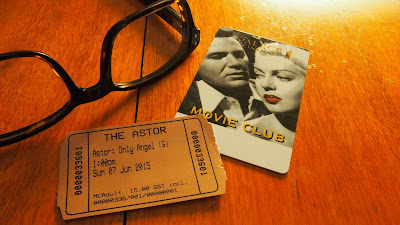 It was the Palace Cinemas chain which came to The Astor Theatre's rescue a couple of months ago. I finally joined up to their Movie Club back in February. I've been wanting to do so since the early 1990s. As much for the fact that I'd get this cool member's card with John Garfield and Lana Turner in a publicity still from The Postman Always Rings Twice (Dir: Tay Garnett, 1946).

I was saddened to hear of the death of British actor Christopher Lee earlier this week. He starred in the Bond film The Man With The Golden Gun (Dir; Guy Hamilton, 1974) as Scaramanga, the international assassin who has Bond in his sights. Granted, it's by no means my favourite Bond movie, but his performance brought a certain gravitas to that film. Which sorely needed it.

I've been watching Season 1 of Penny Dreadful. Excellent show. High level of gore, which is to be expected from a show set in 1890s London dealing with vampires, post-mortems and other vintage schlock, but it is very well done and the cast is great. Much of it is made up of Bond film alumni. We have the great Timothy Dalton as the retired explorer Sir Malcolm Murray and the superb Eva Green as Vanessa Ives, a spiritual medium. They are joined by Josh Hartnett as Ethan Chandler, a sideshow gunslinger touring through England.
If you had to sum it up for a bored studio executive, you'd say it was The X Files set in Victorian London during the time of Jack The Ripper, werewolves, witchcraft, etc.
It has been great to see Eva Green turning in another complex performance, and Mr. Dalton's work in this show reminds me what a great Bond he was. His voice alone (much like Patrick Stewart's) is reason enough to tune in.
While watching this show, I got a close-up of Green's character as she wrote a letter. When she wrote the recipient's name on the envelope...

I began thinking about my own handwriting and how my upper-case letters never seem to match or fit in with the lower-case ones.My capital letters tend to be written in block style which doesn't fit with the other letters. 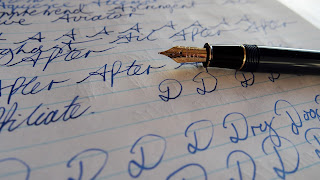 So, I began doing some writing practice in an effort to change my upper-case letters.
I think this is going to take me a while, and it will require me to slow my writing speed right down until I'm comfortable with it.
As if I don't have enough to do right now. However, I'm thinking ten minutes a day or until my hand cramps up, whichever comes first.


It was my wife's birthday earlier this week so, aside from taking the kids out to get her some gifts ($20 bucks max), I downloaded some artwork by the phenomenal Robert E. McGinnis so that the kids could make some birthday cards. 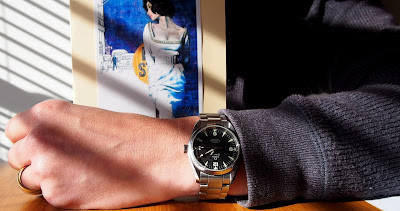 Throughout most of the week, I wore the Omega Railmaster. I chose this particular artwork because the ladies reminded me of Mrs. Teeritz when we met twenty years ago.

Robert E. McGinnis did a lot of artwork for pulp crime paperback book covers in the 1950s, '60s and '70s, as well as a lot of work for women's magazines throughout the 1960s.
However, any Bond fan worthy of the title also knows that he did some wonderful and evocative artwork for the Bond films in the '60s and '70s, and is responsible for these two classic posters, among others; 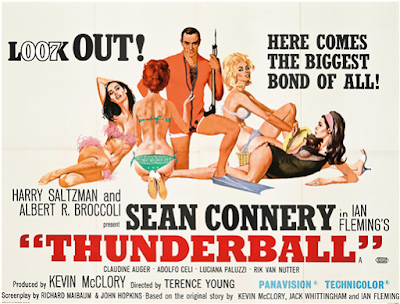 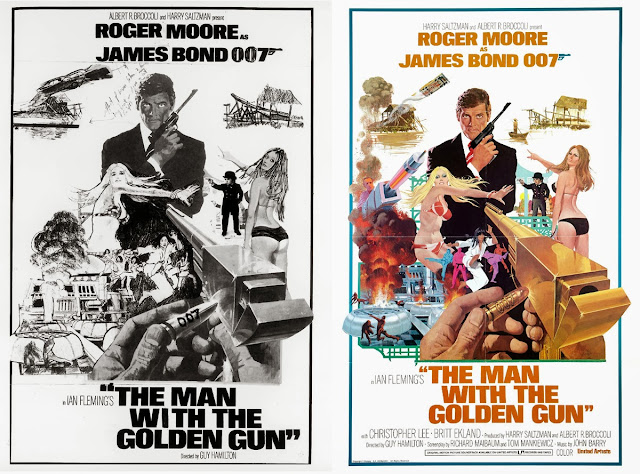 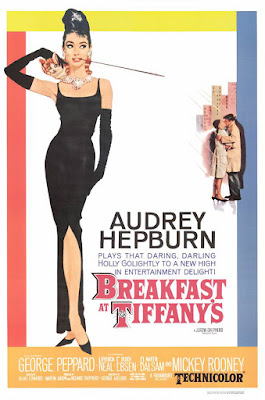 The guy did (and still does) some beautiful work. And if
you think his style is familiar, it may be because he did the famous poster for Breakfast at Tiffany's (right).

Although he's famous for his work on books and films, he is also known for his landscapes. Check out his website;

Anyway, time to wrap this up. I switched to The Rolex Submariner this morning;

Thanks for reading and have a great weekend!
Posted by teeritz at 01:03