Last Weekend
Saturday's Lolly Night Movie was Rocky (Dir: John G. Avildsen, 1976). I found it hard to believe that my wife has never seen this film. 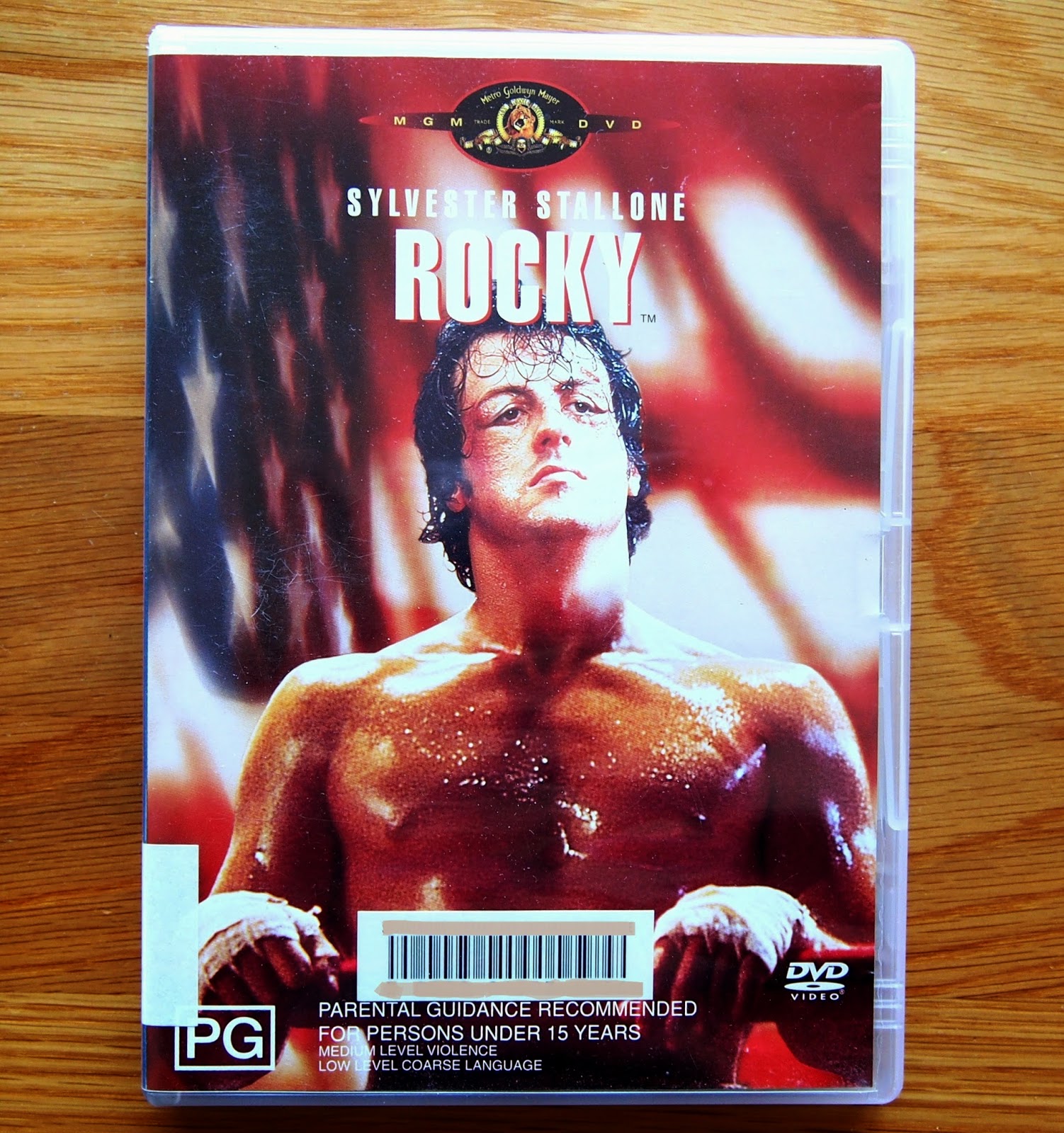 She considers boxing to be the sporting equivalent of ballet, so I was surprised to learn that she had never seen Rocky. I think it had more to do with an aversion to Sylvester Stallone's acting talent rather than anything else. Despite following up Rocky with dramas such as Paradise Alley and F.I.S.T., both in 1978, Stallone will forever be remembered for his roles as Rocky and Rambo. It's a bit of a shame, really. Especially when we remember that Rocky won the Best Picture Oscar in 1977 and the screenplay, written by Stallone himself, was nominated as well, but lost out to Paddy Chayefsky's screenplay for Network that year. Say what you will about Stallone these days, with The Expendables 3 hitting theatres soon, but the man is still capable of great work. Check out Copland (Dir: James Mangold, 1997). And even Stallone's last Rocky Balboa film, entitled, well, Rocky Balboa (Dir: Sylvester Stallone, 2006) garnered very good reviews and was an unexpected hit when it was released.

I didn't sit down to watch this film because I had to go pick my daughter up from a party. When I got home, I asked my wife what she thought of it.
"Everybody yells in this movie! It's pretty bleak", she said.
Hah! I never noticed this aspect of the movie when I saw it in cinemas in 1976. Of course, I grew up in an Italian household where yelling was the norm.
The parts of the film that I did see reminded me what a great underdog story this movie really is. I think I'm going to have to sit down and watch it again properly. I was wearing my TAG Heuer Formula 1 quartz. This watch gets worn very rarely, but I think I'll start wearing it a little more often. Especially when I head to the gym, which I haven't done for some time now. I think the whole family is over this bout of the 'flu that hit us when we got back from our trip six weeks ago and spring has just begun, so I think a healthier and more active lifestyle is on the cards for us all.
That's the plan, anyway. 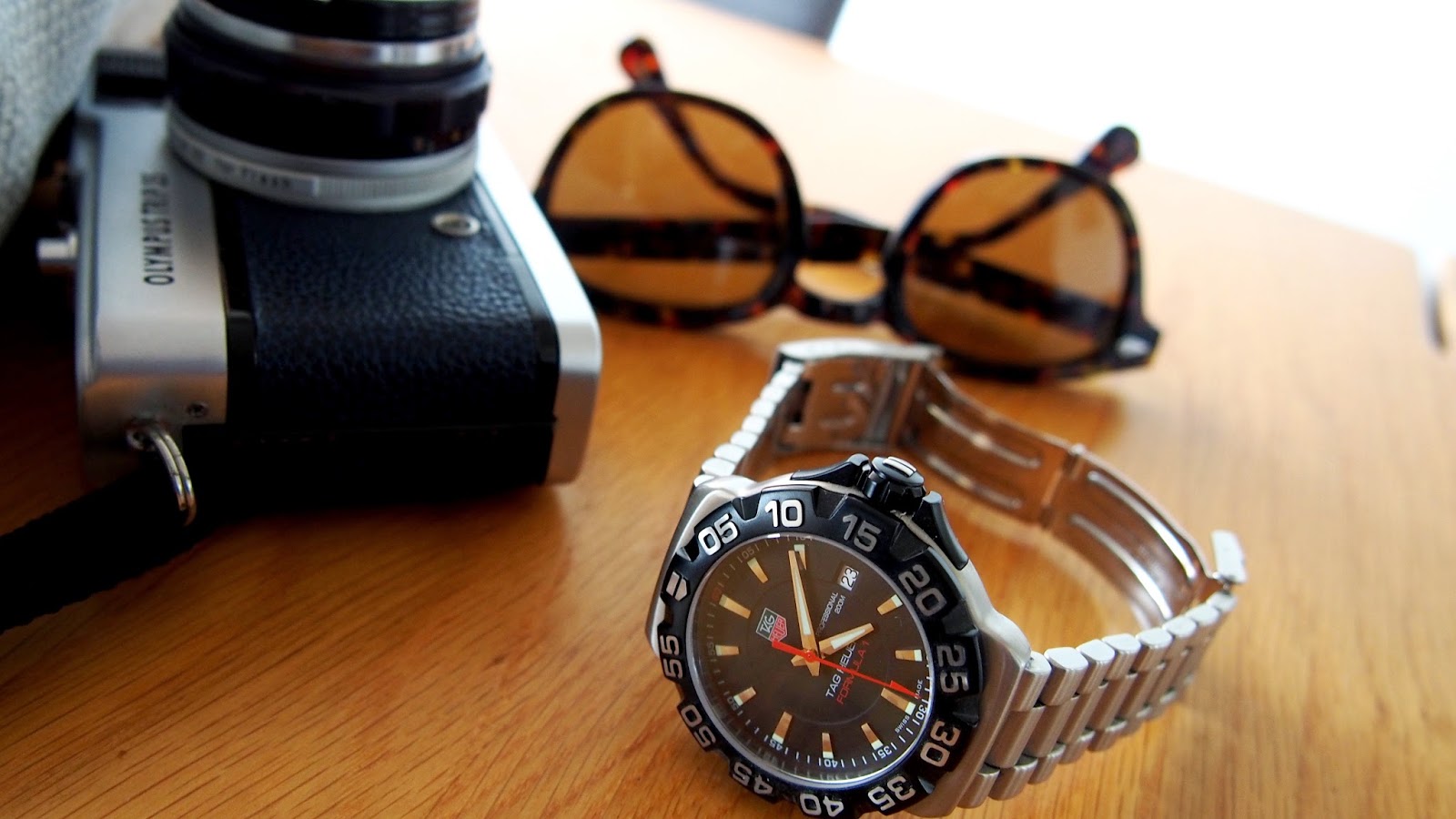 Monday
It was Sean Connery's 84th birthday. He hasn't made a film since The League of Extraordinary Gentlemen (Dir: Stephen Norrington) in 2003. That film was plagued with problems during production and many folks agree that this is the film that convinced Connery to retire from acting. 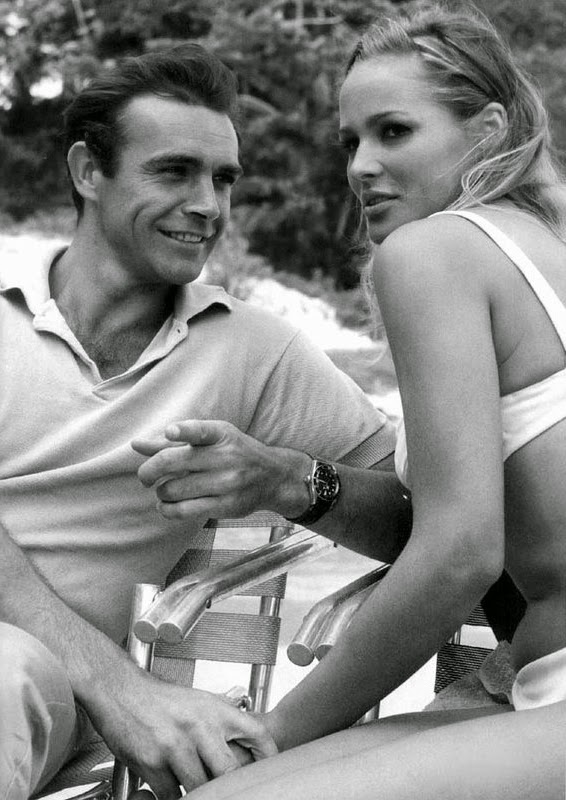 On the set of Dr. No with Ursula Andress in 1962. Wristwatch geek that I am, I would kill to know what happened to the Rolex Submariner 6538 that he's sporting on his wrist. 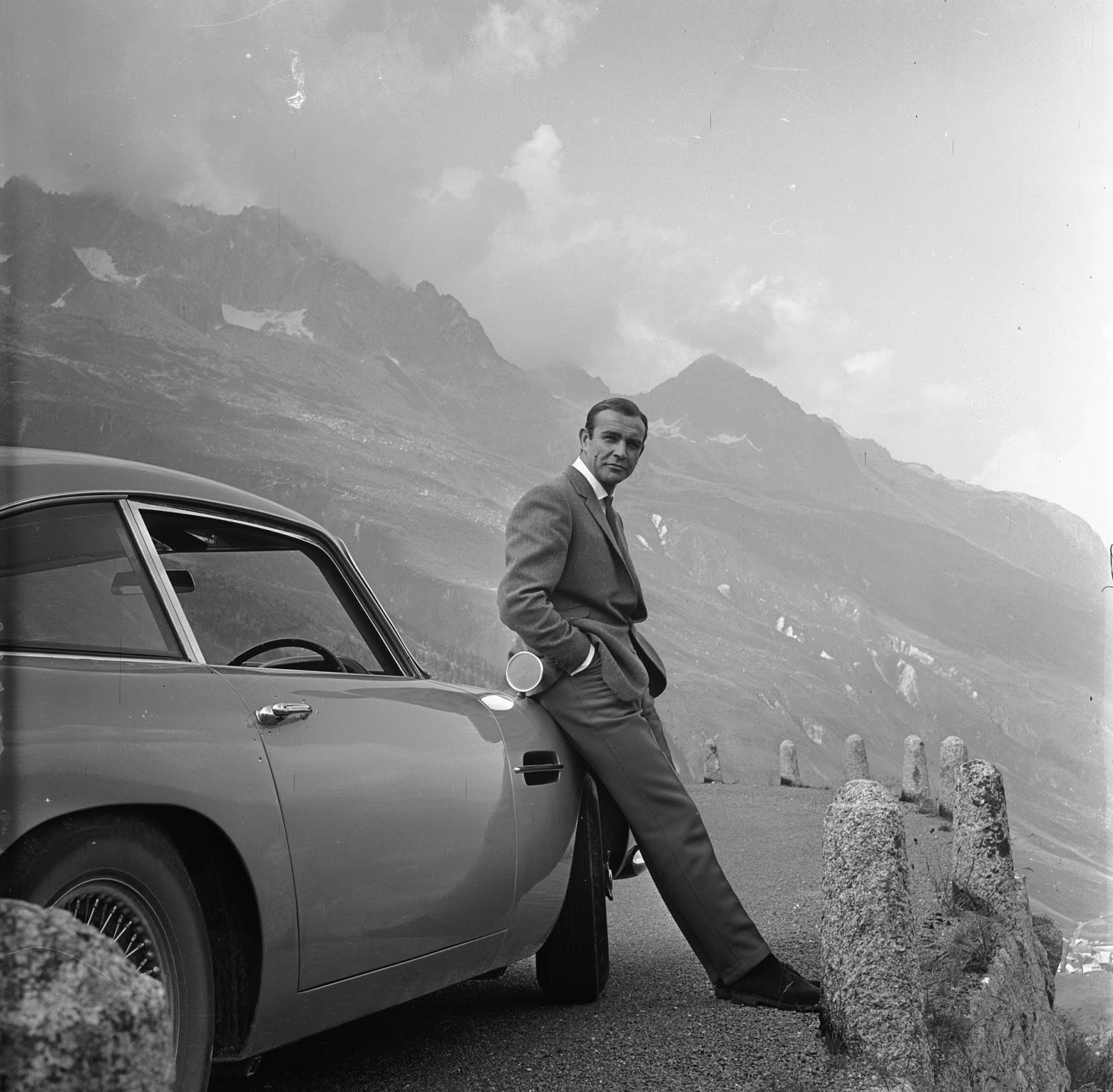 A famous promotional shot for Goldfinger. Connery and the Aston Martin DB5 in the Swiss Alps in 1964. Despite the fact that Roger Moore was the Bond that I grew up with, Sean Connery's OO7 is the one that turned me into a life-long Bond fan.
And so, I just wanted to say "Happy Birthday, OO7". 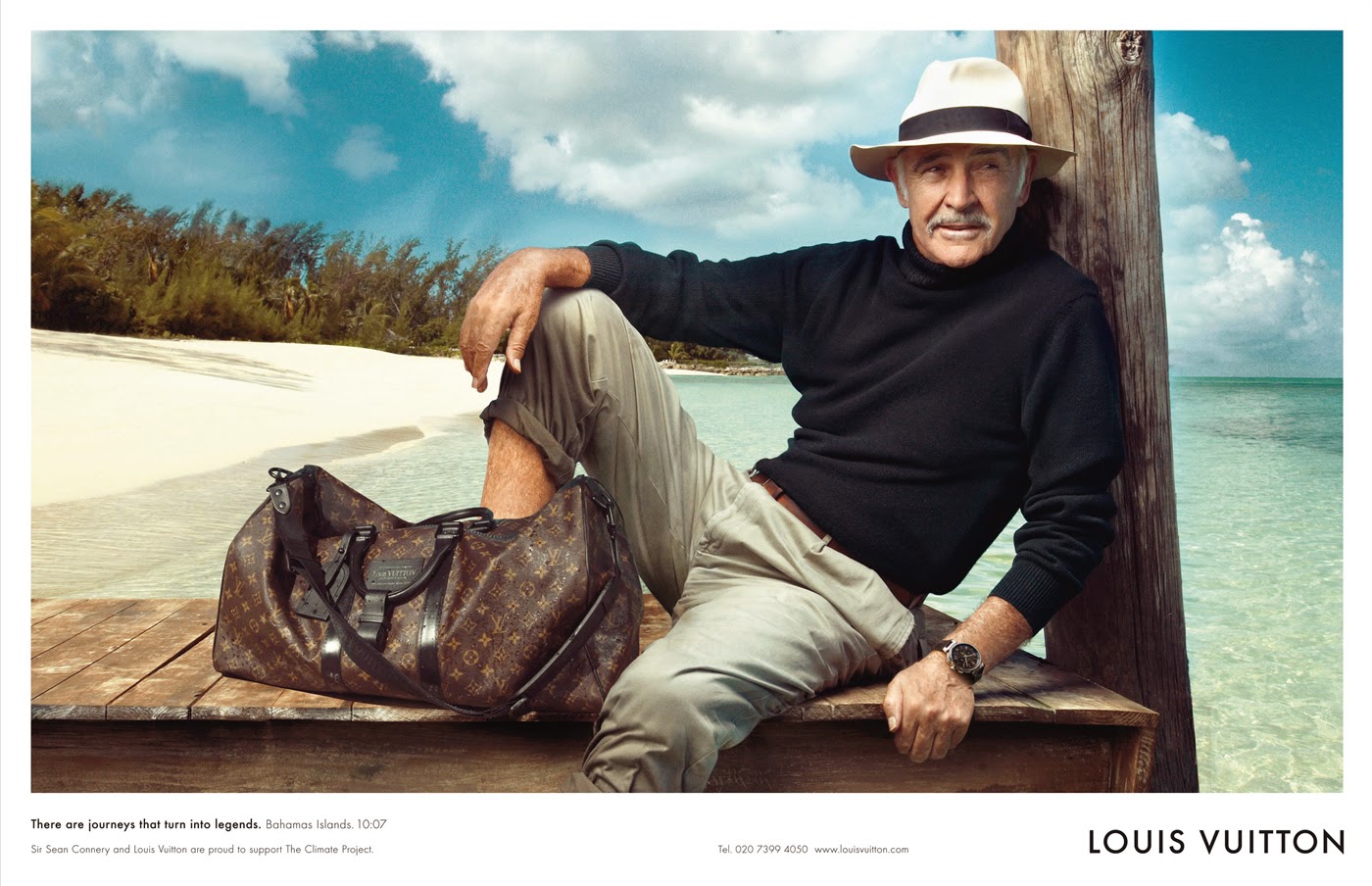 A great magazine ad from a great ad campaign by Louis Vuitton from a few years ago. The rolled-up chinos are a nod to when Bond meets Honey Rider on the island of Crab Key in Dr No.
The only thing that spoils this Annie Leibovitz photo is the watch on his wrist.
Bond would not wear a Louis Vuitton Tambour Chronograph.

I worked my final day of industry placement today too. All in all, it was an interesting experience in ways that I hadn't expected. For some reason, I thought that people who worked in libraries actually read books. I got the impression that a few of the staff didn't read regularly and didn't keep up with new releases. Not only that, but it seemed that a few of them viewed dealing with the patrons to be an absolute chore and/or interruption. As I said, it was an interesting experience and it gave me a good indication of the type of library I don't want to end up in.
I wore the Omega Speedmaster Professional. Here it is on a page of The Sun from 1969; 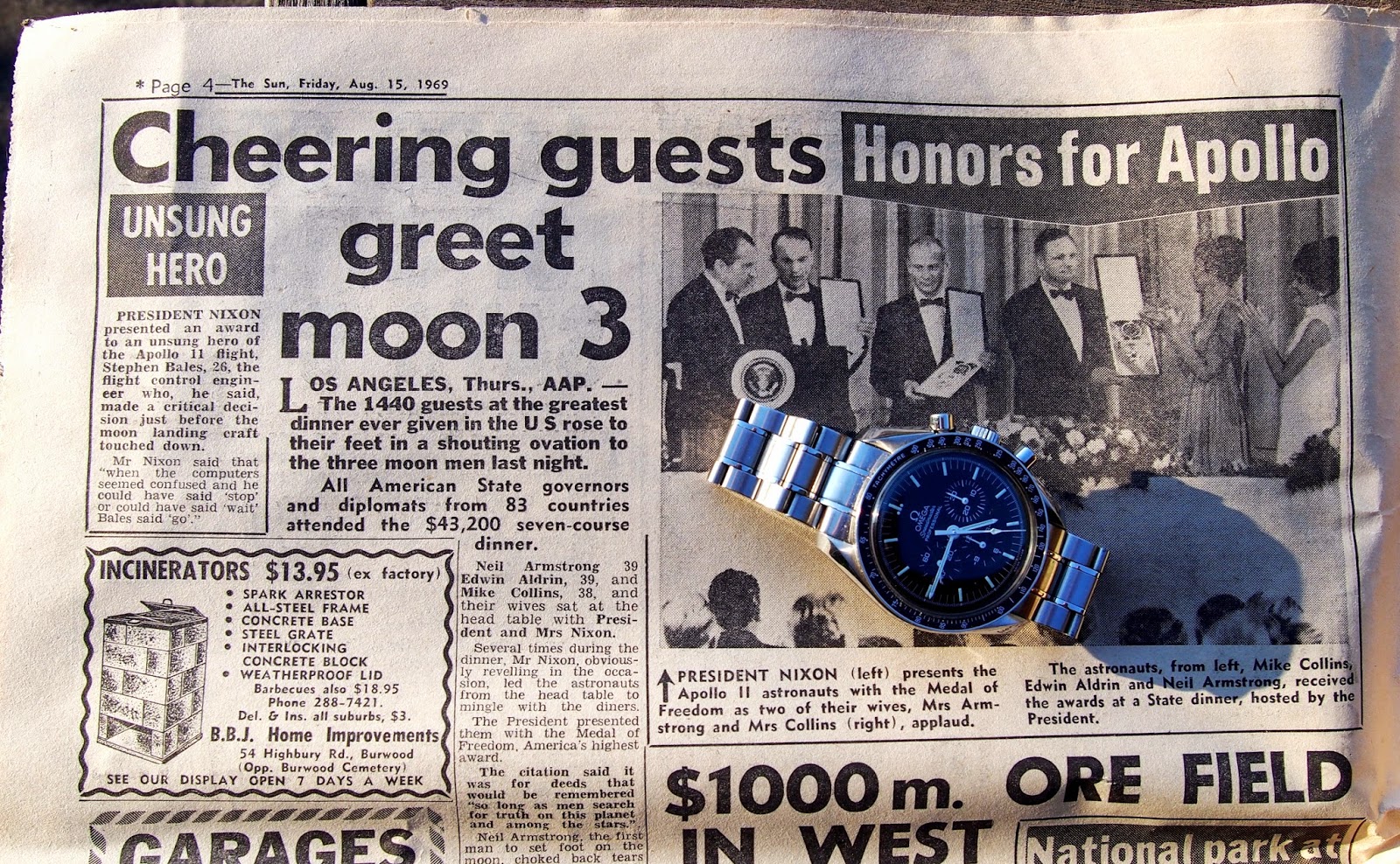 Tuesday
Today was the day where nothing seemed to go right with regard to a couple of wristwatch-related purchases.
First of all, I ordered a couple of perlon watch straps. These are basically a nylon strap with a cross-hatch weave. What this means is that you can adjust the fit to your exact wrist diameter since there are no holes in the strap. The tongue on the buckle basically slots through the weave of the strap.
I purchased two of these straps. I paid for two of these straps. The Seller sent me one strap. I decided to fit it to the Longines Expeditions Polaires while I stewed over this. 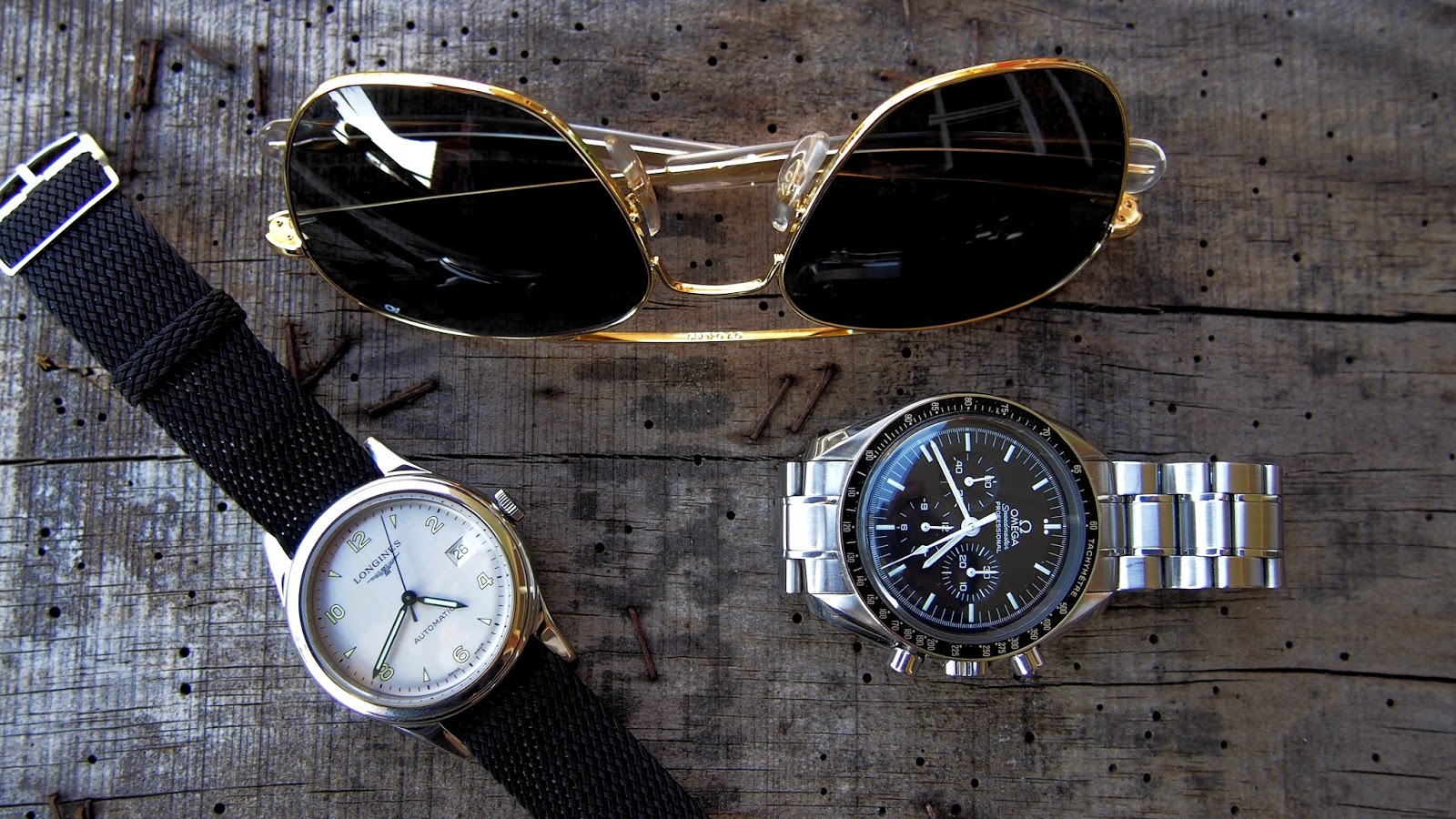 It's a very comfortable strap. I just wish I'd gotten the two that I'd paid for.

My other wristwatch dilemma concerned a watch that I had bought for my wife. I bought her an Oris TT1 DayDate back in 2002, after the birth of our daughter. 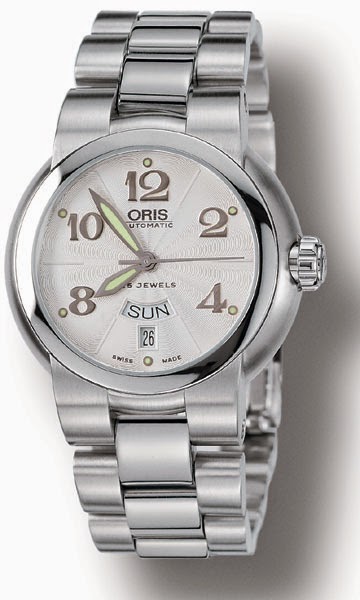 My wife has worn it everyday and it indeed bears the scars of a well-worn watch. Especially since it endured a few new scratches on the bracelet a couple of months ago when she crawled out the window of her overturned car;

However, I had wanted to buy her a new watch for the last year or two. Her Oris is a little erratic in its timekeeping (definitely needs servicing) and it's a little difficult to read in low light.

And so, I had decided to get her a Sinn 556A. There's no mistaking the time on this baby; 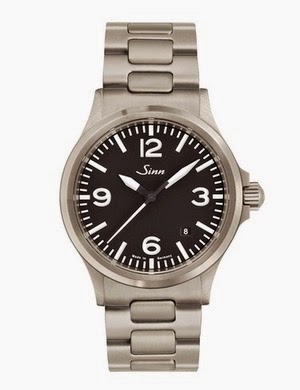 The package arrived and I carefully removed the bubble-wrap from the box. My wife was at work and I was hoping to remove a few links from the watch's bracelet and surprise her with it when she got home.
I opened the box. The case of the watch was wrapped in a soft, white plastic strip. I gently pulled on the plastic to take a peel at the dial...and my blood boiled slightly.
It was the wrong watch.
They had sent me a 556. It's a nice watch, without a doubt, but it lacks the numerals on the dial of the 556A, which really sets off this watch and highlights the cockpit instrument heritage of the Sinn brand. This is how the standard 556 model looks; 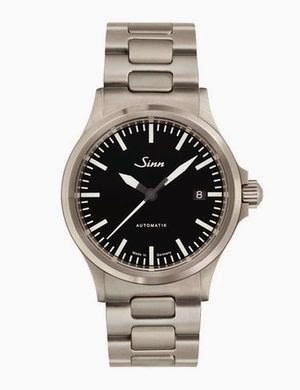 So a few phone calls were made and the seller and I arranged for him to send me the correct watch and I would send this one back to him. I would have classes over the next two days, so this swap would not occur until Friday. Nothing to do but get on with life.

Today
Sitting here writing this post, waiting for the courier to show up with the replacement wristwatch. And I still have a million other things to do today. Still, I aim to get the bulk of them done.

1:35pm
Okay, the courier just arrived and we did the old swaperoo. Here's the correct watch, still in it's protective plastic; 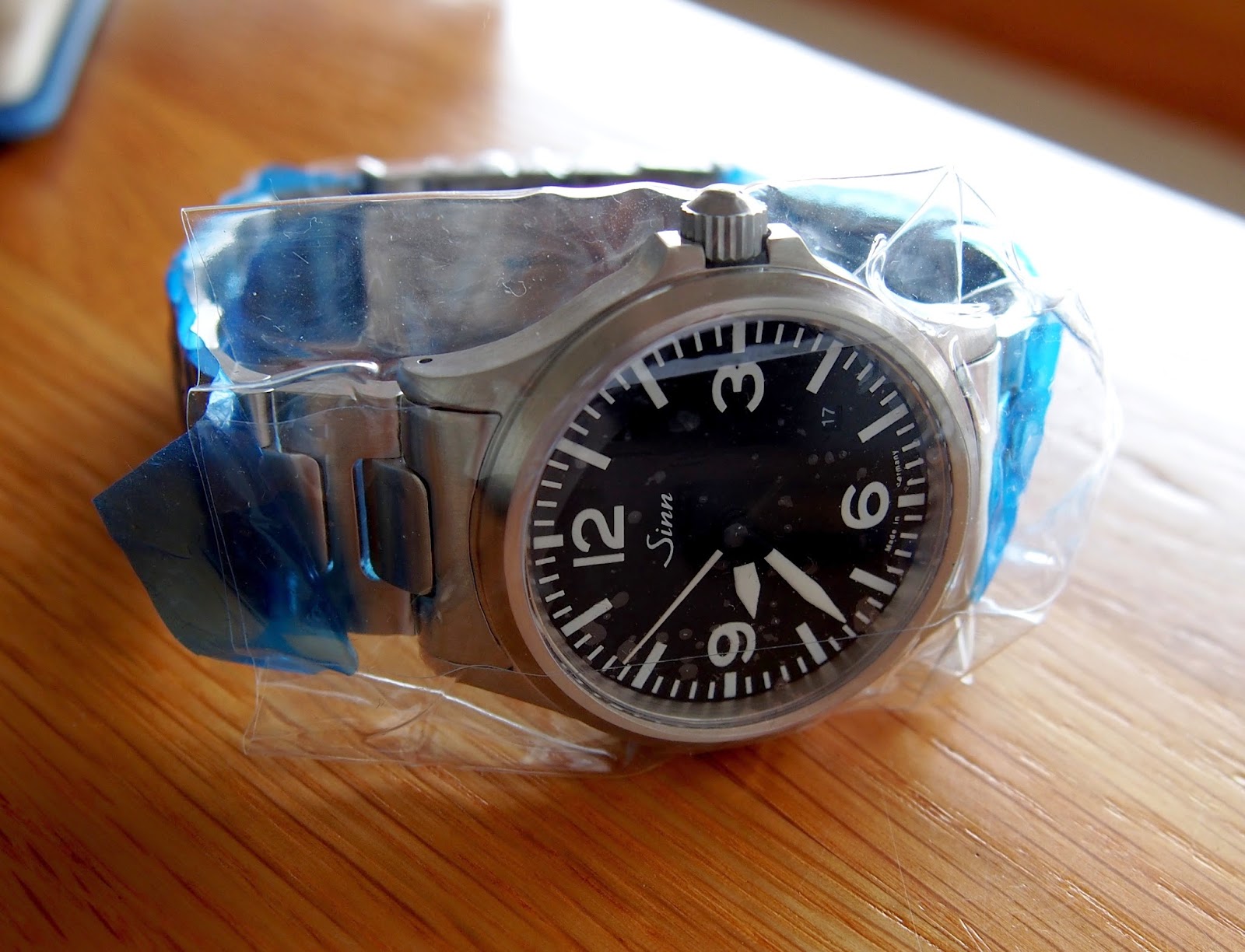 Okay, I'm gonna remove a few links from the bracelet. Then I'm gonna get the rest of my day underway.

Thanks for reading and have a great weekend!
Posted by teeritz at 00:17