Earlier this year, I wrote about a typewriter font that I noticed on the logo of a brand of shoes that I'd bought;

Serendipity In The Typosphere- Sometimes, There's No Escaping Typewriters


Since then, my font radar has sharpened a little and I've  noticed how prevalent the use of typewriter font lettering has become in recent years. However, it's been in use for quite some time.
May as well start with the earliest examples from my recent (and passive) findings from my DVD collection; 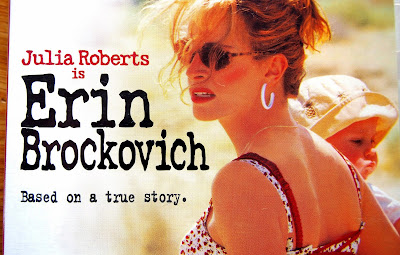 The poster artwork for "Erin Brockovich" (Dir: Steven Soderbergh, 2000) shows a well-worn typewriter font in its layout. I can only assume that it's used in order to tie in with the files and paperwork that Brockovich reads through in her attempts to expose the cover-up that this excellent film deals with. Soderbergh has stated recently that he plans to give up directing film soon because he's sick of the politics and bullshit that goes with trying to get a movie off the ground. It's a huge shame because he's one of the most gifted directors of his generation. Good news is that he's since stated that he's taking 'a hiatus' from film-making to concentrate on painting. Hopefully, he'll be back on a film set soon.
It would be great if HBO decided to make another mini-series based on a noir crime novel, like they did with "Mildred Pierce" a couple of years ago, and got Soderbergh to direct.
I'm allowed to dream, ain't I?
The next two films I noticed, along with the rest of the Typosphere, are a little bit of a cheat since typewriters figure so prominently in the storylines of these films. I only include them because;
"The Lives of Others" (Dir; Florian Henkel von Donnersmarck, 2006.) shows a font that's meant to look like it's from a newer typewriter... 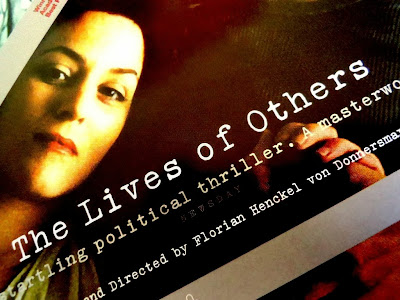 ...or rather, one that doesn't have typeslugs worn down by decades of use. Even though the Groma Kolibri used in the film would date back to the late 1950s, while the film itself is set around 25 years later in the early to mid 1980s.

Well, they actually do look a little worn. 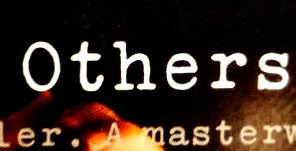 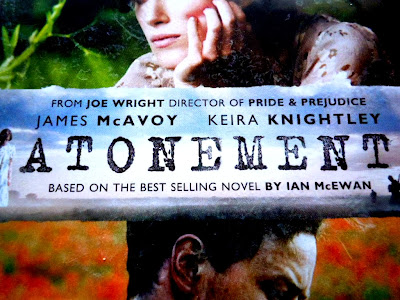 The font mimics a typewriter ribbon that has been heavily used. Of course, we know in the first five minutes of the film that the typing is done by Briony Tallis (brilliantly played by Saoirse Ronan), a thirteen year-old girl with aspirations of becoming a writer, who taps away at a gorgeous Corona 4 throughout the first third of the film.
Typewriter fonts also show up in some unlikely places. I picked up a copy of Alistair MacLean's book, "The Golden Rendezvous". This edition was printed in 2008; 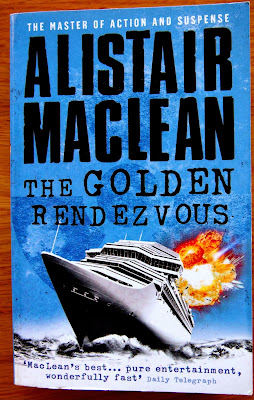 And it clearly shows another worn typewriter font used on both front and back cover. I'm not sure of its relevance to the story, since there's no mention of typewriters or official and/or bureaucratic paperwork in this tale, but I suppose it's used as a reminder of the golden age of MacLean's output throughout the Sixties. 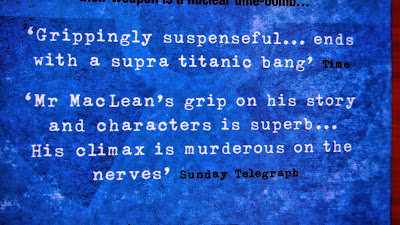 ﻿
A more obvious use of typewriter font on book covers tends to occur with texts on screenwriting. I have a tonne of books on the art and craft of screenplay writing, but I've noticed that, while many of these books will use modern Courier lettering for some of the cover text, it's usually the books that concern themselves with the history of screenwriting that utilise an old typewriter font as part of the cover art; 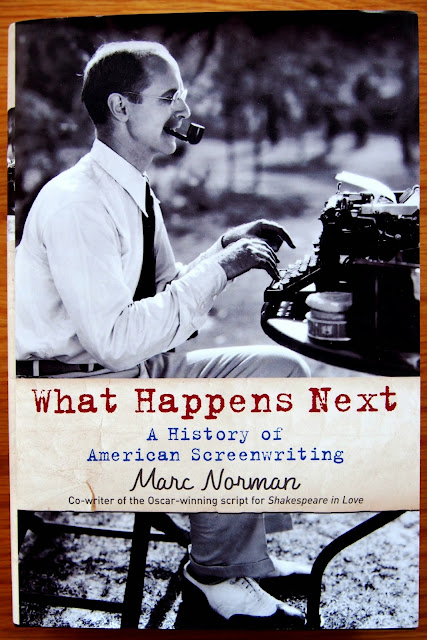 You couldn't not use typewriter font with a title (and photo) like that. Again, in covering the history of screenwriting, it seemed only fitting to use a worn font. I have yet to read this book and I hope the pages in between are as good as the cover.
One surprising use of typewriter font comes, of all places, from a women's fashion magazine. Sure, publications such as Vogue or Elle will sometimes use a typewriter-styled font when doing a fashion spread featuring 1940s inspired outfits where the model is meant to look like some old Hollywood star on a film lot, complete with security guards at the gate, set carpenters and huge arc lights in the background. Usually, the fashion spread will be titled something like 'Lights, Camera, Action! - The Glamour of Yesteryear's Hollywood Makes A Welcome Return' or something like that.
The magazine that uses typewriter font for its title logo is called 'Allure'; 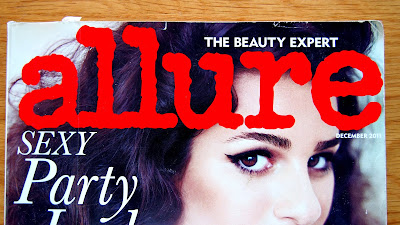 The issue above is from December 2011 and the current issues still use this font. Definitely meant to look typewritten. Kudos to them.
And finally, there's a new chain of stationery stores that have opened up in Australia in the last couple of years. The stores are called 'Typo' and much of their products feature their logo on them; 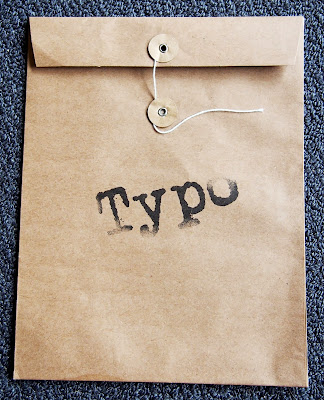 Again, it's meant to look like a faded typewriter ribbon. Pity they don't actually sell typewriter ribbons.
And there you have it. I'm sure if I looked around a little more, I could probably find further examples of typewriter fonts seeping their way into various areas of these modern times. But, I have three assignments due by the end of October and I probably shouldn't even be doing blog posts right now.
Thanks for reading!
Posted by teeritz at 21:05

Email ThisBlogThis!Share to TwitterShare to FacebookShare to Pinterest
Labels: Cutting and Pasting, typewriters