The page-view counter rolled over the 100,000 mark at around 11:30am this morning AEST. It almost happened without my noticing, to be honest. Life has been a little hectic with;

Study- I've got two classes on Tuesdays and I've added an online class as well. I'm a little dubious about it, since it requires me to work at my own (glacial) pace and it will require me to exercise some discipline as well. One of my other subjects is Cataloging and it involves the way library records are set out.
Here's an example- Let's say I need to write out a catalogue record for this Bond novel; 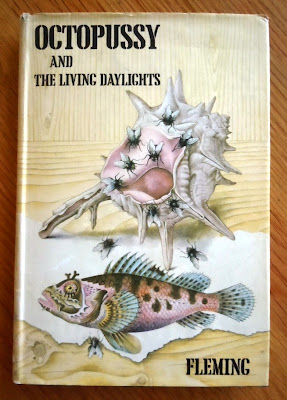 The standard layout for the record would be set out like this;


All the relevant information listed above is taken from the front (Recto) and back (Verso) of the title page inside the book.
Seems easy enough, you say. And I would agree. Now, in the wonderful age of computers, a catalogue record, like the one above, would have been printed on a card to be filed away in one of these gorgeous wooden filing cabinets... 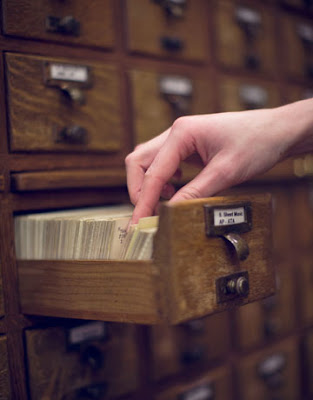 
However, these days, everything's been converted to digital. Catalogue records have to be able to be read by a computer program. And these are known as MaRC2 or Machine Readable Catalogue Records, Version 2.

So, the Bond hardcover's MaRC2 record HAS to look like this;

Every number, every dollar sign, every colon, every space, every full stop (period.) has to be in its proper place or the computer program will not recognise the catalogue record. Which is fine if you're a computer, but if you're just some schmuck with a pen and paper (i.e.-me), then you can find yourself in a world of hurt pretty quickly when trying to write these out by hand.
And the good news is that I have a 90 minute test on this tomorrow morning! I'm so tempted to write that classic line; "By the time you read this, I will be dead", but I've done a few revision exercises and this will be an open-book test.
And yet, I'm still a little apprehensive about it. Gotta get 70% to pass.

Anyway, to the subject of this post. One hundred thousand page-views. First of all, thank-you very much to all of you who have visited this blog more than once. That would imply that I've done something right. I basically wanted to write about the things that I was interested in myself.

It almost goes without saying, but that Tissot Visodate review is still the most-viewed post on this blog by a very wide margin. Although, in its original location on a wristwatch forum, it's done a lot of mileage since I first posted it up in October 2010. Man, if I had a dollar for every... 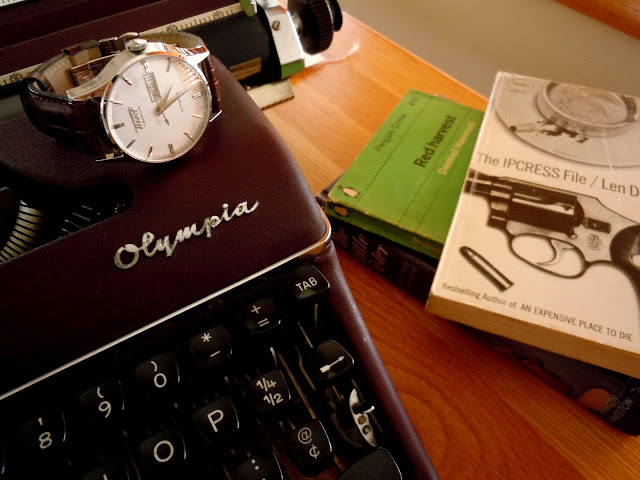 It's a great wristwatch, without a doubt, but I'm amazed that there's still so much interest in this watch considering that it's been on the market for three and a half years. You'd think that Tissot would give me a 'hoy' to say thanks. But nooo! They never call, they never write.

And there you have it. No real big changes since my first check after 50,000 pageviews. The Imperial Good Companion post overtook the Olympia Splendid 99 as far as views are concerned. The Browser stats are pretty much the same as they were at the half-way mark.
I've received 803 comments from you wonderful people out there on the World Wide Web, out in The Typosphere and beyond, and I've received countless spam comments from websites selling fake Rolexes and Louis Vuitton handbags, and links to some shady websites. To them, I say 'go to hell!'.

To the rest of you, I say 'thanks' for visiting this blog! I may lay low for a while as I tackle the adjustment to a slightly more hectic study schedule while continuing to look for a part-time job as I attempt to continue writing the two or three film scripts that I've started this year.
I really, really need to get a little more organised.
Ah well, the struggle is the glory, as they say.

Thanks again, all, and thanks for reading!

Email ThisBlogThis!Share to TwitterShare to FacebookShare to Pinterest
Labels: Misc.