The Typewriter Collection No.6: Imperial Good Companion 5, circa 1958 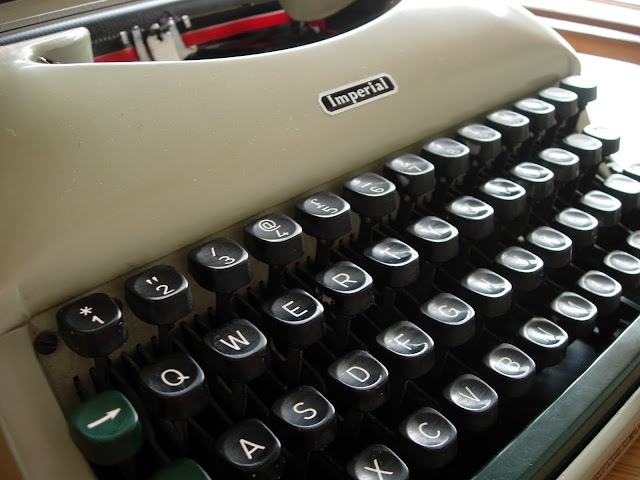 Nice colour. Now that I think of it, nearly all of my typewriters are either green or black. 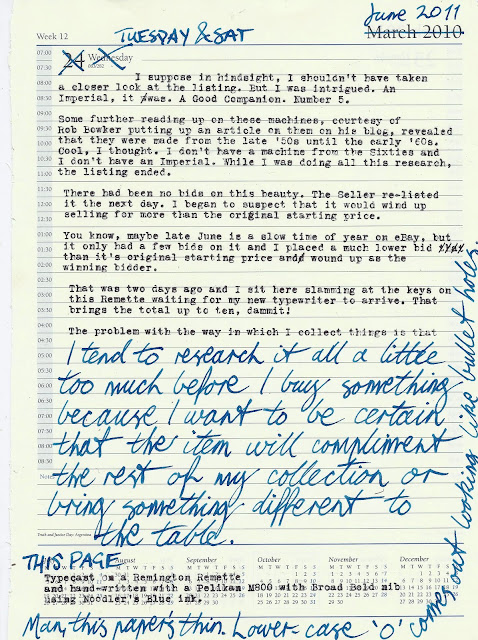 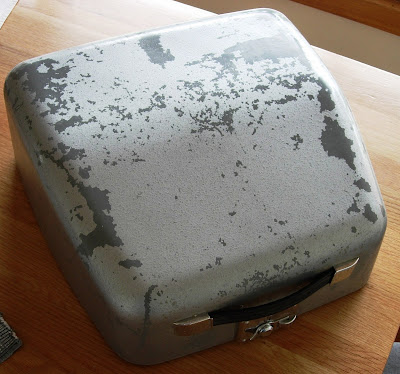 It arrived in this. If I didn't know any better, I'd have thought it was thrown from a moving car. 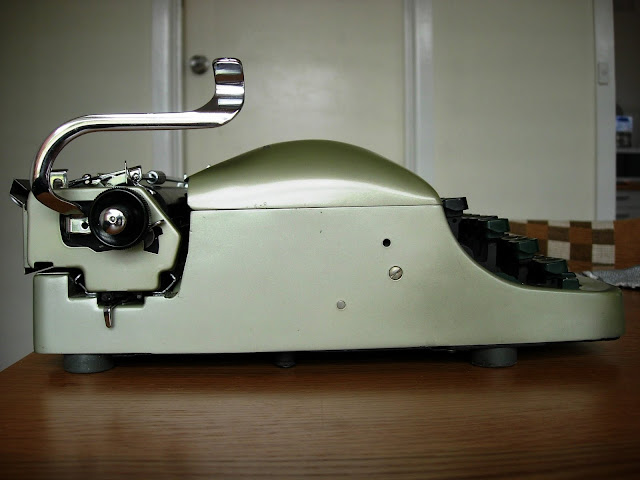 The obligatory profile photo. That carriage return lever is great! 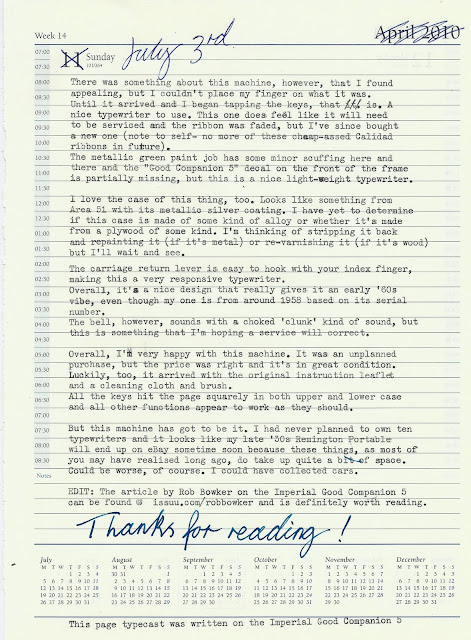 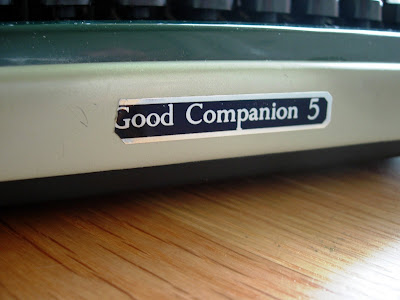 Would have been nice if it wasn't missing part of the decal, but it is over 50 years old, I suppose. 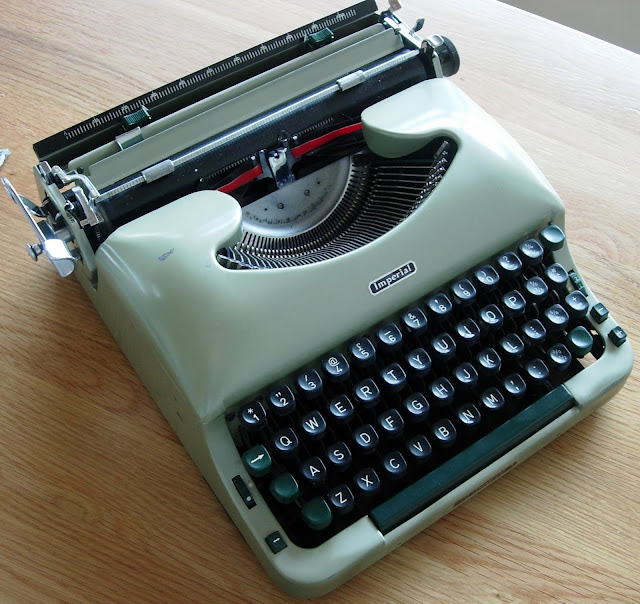 POSTSCRIPT- It just hit me. There was something about this typewriter when it arrived. I looked at it and typed a few words on it and, for some reason, an image of Miss Moneypenny (played by the late, great Lois Maxwell) from the Connery Bond films, came to mind. Maybe it was the shade of green on the bodywork. I think she wore a green outfit in one of the early Bonds. This machine is such a pleasant shade of green, too. Very tropical. Now, I'm not one for naming my belongings, but now it seems that I can't look at this Imperial without the name 'Moneypenny' popping into my head. "Don't fight it, teeritz!"

http://www.issuu.com/robbowker/docs/imperial_gc5
Posted by teeritz at 00:38