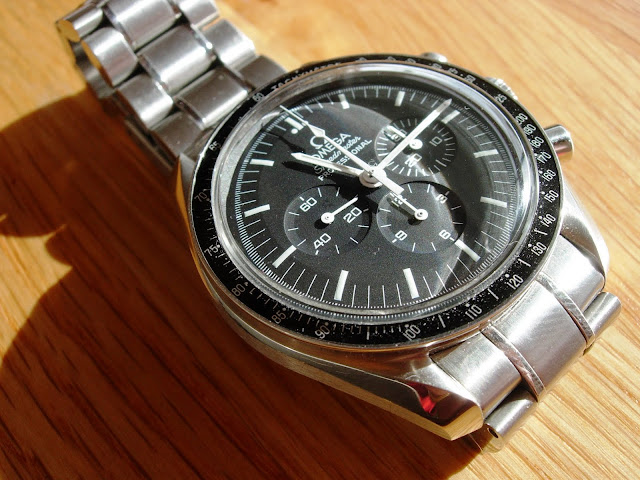 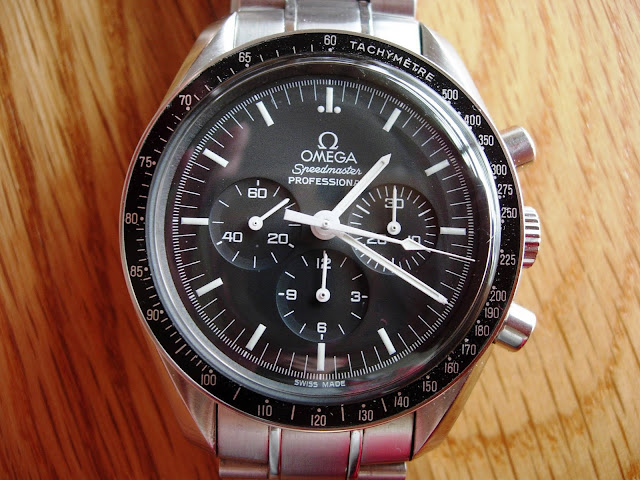 When Omega heard in 1965 that NASA was testing their watch for possible use by its astronauts, it added the word "PROFESSIONAL" to the dial of its Speedmasters.

And once the Omega Speedmaster landed on the moon back in July, 1969, it was forever known as the Moonwatch. 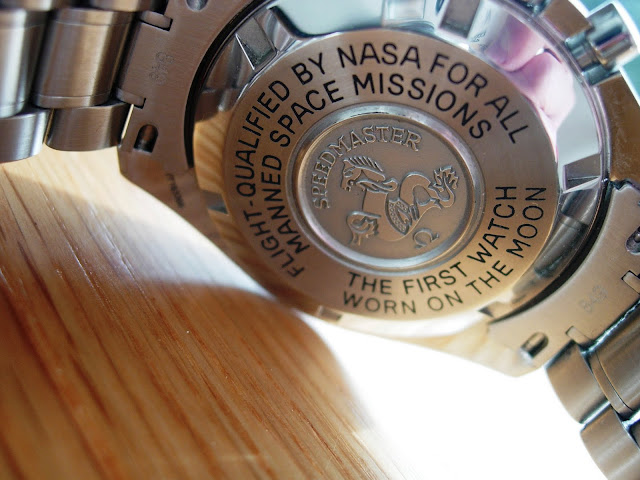 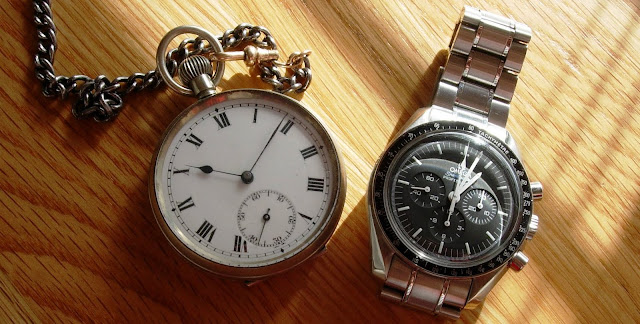 The Speedmaster shown above with a hand-wound pocket watch from around 1914. Here's a view of the pocket watch movement; 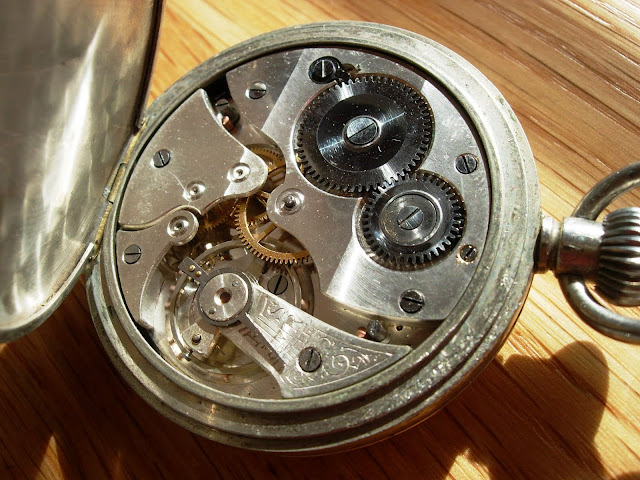 This one is a 15 Jewel arrangement with minimal decoration, but you can still get an idea of the intricate nature of these things.

Here's a pic of the Speedmaster's Calibre 861 movement. 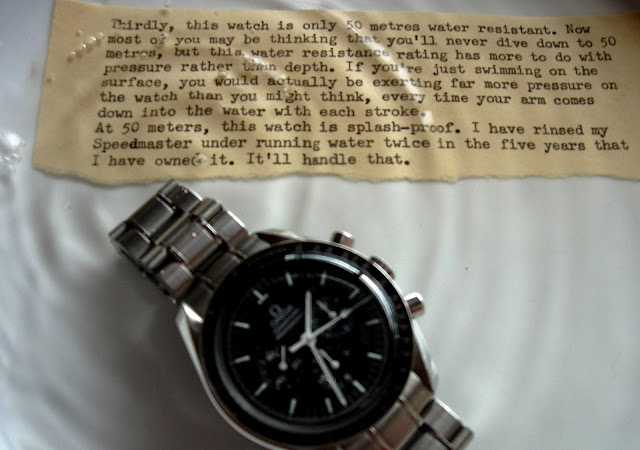 But then, I have known some folks who regularly wear this watch when fishing or swimming. Me? I prefer to err on the side of caution. 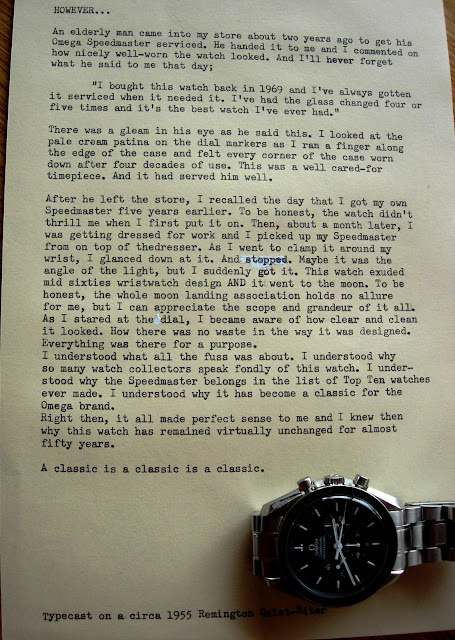