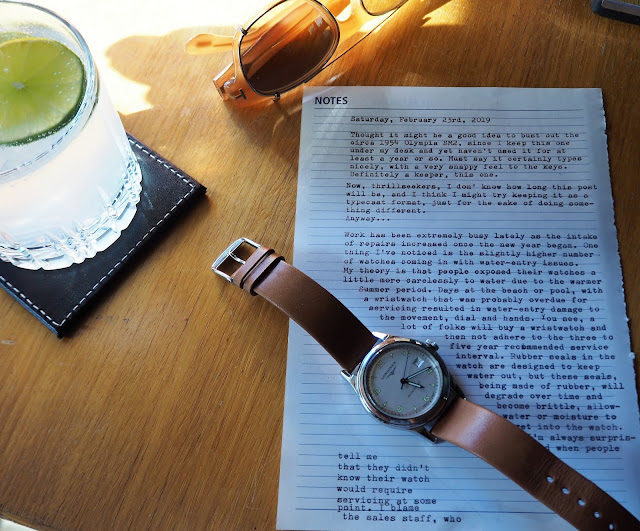 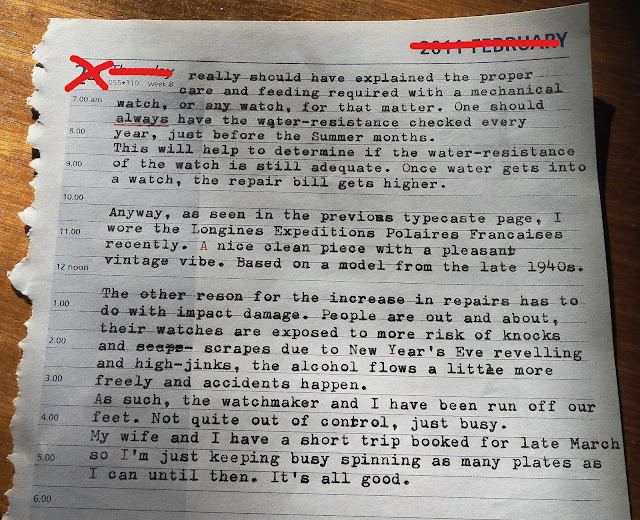 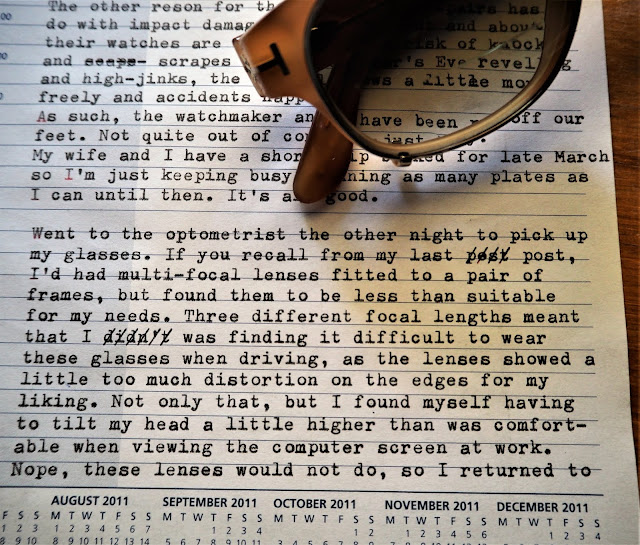 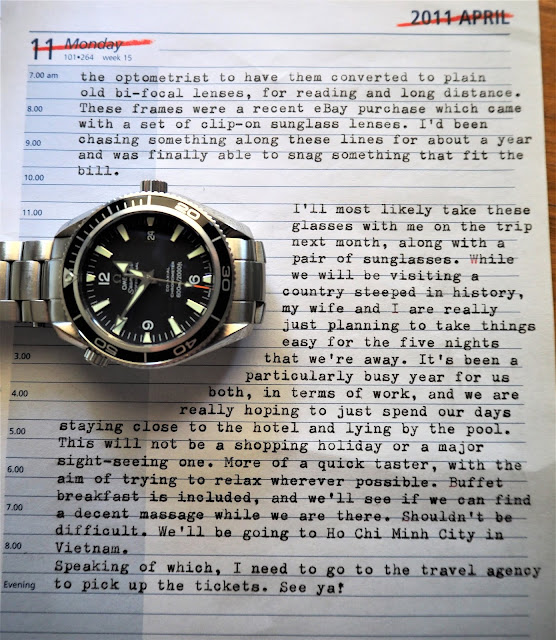 I wore the Omega  Seamaster Planet Ocean. It's been some time since I last wore this watch. I may have mentioned this already at some point in recent months, but I'll say it again for the sake of posterity. I've reached a point in my watch collecting life where I have a clearer understanding of the kind of wristwatches that I tend to favour. It would seem that I have a real soft spot for dive watches.
Strange, considering that I don't dive. It's probably due to seeing my first Bond movie at an impressionable age - I've stated that before - , but I think I've found over the years that a good dive watch tends to be both robust and legible, and also has enough water-resistance for anything from a half-hour at the sink to a day at the beach.
While most brands began increasing the size of their watches over the last fifteen years or so, I'm glad to see a gradual shift back towards smaller sizes closer to what was produced in days gone by. This opens up the choices for a guy like me, who has a six-point-five inch wrist.
At any rate, this recent realisation for me will help towards thinning down the collection a little. That's the plan, anyway. 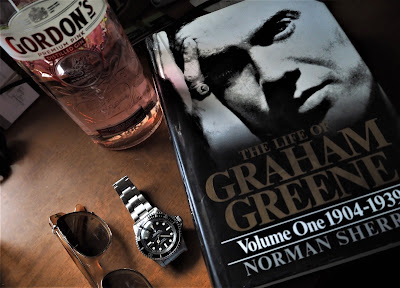 I switched over to the Rolex Submariner 5513 earlier this week, in the last few days of February. This Graham Greene biography arrived in the mail. I've been wanting to read it since the early 1990s. Written by Norman Sherry, the Professor of Literature at Trinity University in San Antonio, Texas, this is the first volume of a staggering work on the life of Greene.
Sherry met with Greene on numerous occasions and, throughout the writing of these volumes, he followed in Greene's footsteps, traveling to the same places throughout the world that Greene went to, in an effort to better understand the man, and to speak with those who had met him.
This book will take some commitment. Given its length, it only covers the first 35 years of Greene's life. 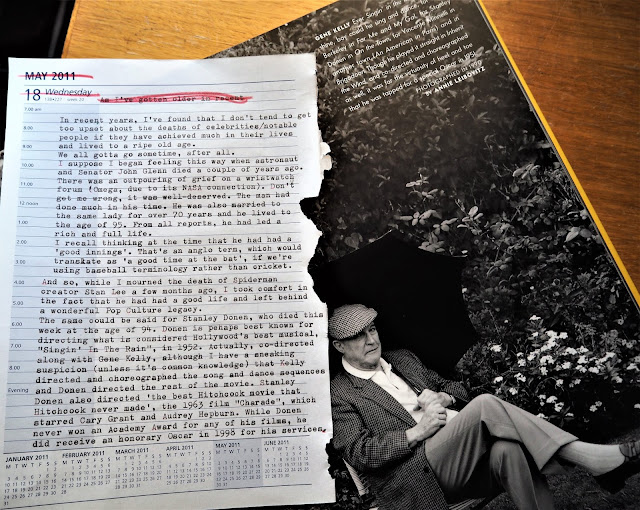 My views probably began to change in 2016, when we lost Prince, David Bowie, and George Michael all way too soon. As far as I'm concerned, they still had much to give.

So basically, if somebody in the public eye has lived a long and fruitful life and they check out at the age of, say, 85 or 90, I don't tend to mourn them too deeply.
I raise a glass to them, thank them for their efforts, and wish comfort for those they leave behind.

I wanted to reply to comments made about my previous post, but time got away from me. So...