Last year got busy for me in other areas. As such, my blogging took a back-seat to everything else that was going on.
Looking at the stats of this blog since it began, 2017 showed the least amount of posts here.
Here are the stats, along with possible/probable reasons behind the post counts;

2011 - 53 posts. Started this blog in May of that year. Most of my posts were about typewriters and wristwatches.
2012 - 41 posts. Still finding my feet with it. Quit my job and returned to part-time study.
2013 - 71 posts. Studying part-time, more free time on my hands.
2014 - 74 posts. Still studying, looking for work.
2015 - 53 posts. Studies got busier, job-hunt was ramped up once my studies ended in September.
2016 - 46 posts. Landed a part-time job in March. Spent three weeks overseas on holiday in Europe. Noticed that my readership took a sharp drop after that and hasn't been the same since. Was averaging around 500 to 700 page-views a day, but this has since fallen to around 200 since the trip. Oh well, not the end of the world. It's just a blog, after all.
2017 - 34 posts. Job went full-time in March, leaving me less time and energy to devote to regular posts.

So, I spent less time writing blog posts here. There were periods where I didn't write for a couple of weeks at a time, so these results may be slightly skewed. However, I was still able to keep a tally of the watches that got worn throughout the year and here it is.

I have to say that I was a little surprised by the results. 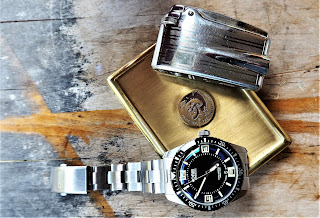 The clear winner by a mile. I wore it throughout 22 weeks of the year. For a watch that has a blue and black dial, the D-65 was surprisingly suited to many different strap combinations, making for a versatile wristwatch.
At 40mm in diameter, it is perfectly suited to my 6.5 inch wrist and it's gone a long way towards fully convincing me that 40 mil is the right size for my wrist. I'd always felt that way, but every now and then, the BIG watch craze would cast a few niggling doubts in my mind.
I've been collecting long enough now and I've built up a collection that I'm comfortable with and that works well for me.
The Diver SixtyFive is a clean and simple watch, as far as dive watches go. It wears nicely on the wrist and has enough elements about it that appeal to me. I could say more, but I'm in the process of writing a review about it that will say everything I like and dislike about this watch. 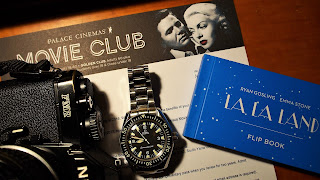 This watch was worn throughout 11 weeks of the year. I tried it on a few different bracelet and strap combinations. It has, by far, one of the most legible dials in my collection. A fellow collector sold me a Speedmaster bracelet for this watch and it was a near-perfect fit. Works perfectly over the winter months, but when Summer rolls around, my wrist swells slightly and the fit gets a little too snug. All I need is an extra link for this bracelet. I'll get around to it someday. 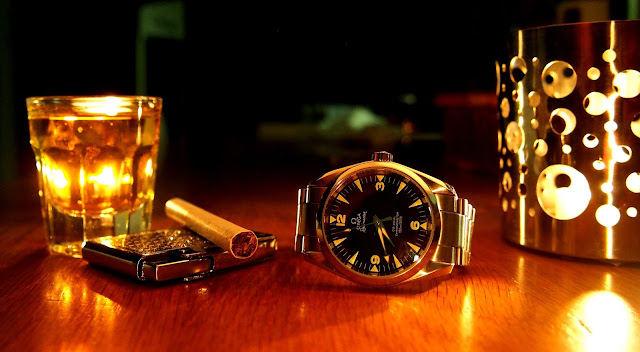 Worn through ten weeks of the year, this is a favourite. Somewhere on this computer, I have a photo titled "Grab if House On Fire". The picture shows six (or is it seven?) of my watches. Aside from the obvious, such as passports and other legal paperwork, two portable hard-drives, the cats and my wife and kids, I would probably risk life and limb to grab these watches as the flames surround me.

In equal 3rd place, the Speedy got a lot of wrist time last year. Some guy over on an Omega forum stated that he'd never, ever buy one of these because he feels that the moon landing was faked. It sparked a major 'debate'. I got into the discussion saying that the NASA/moon landing association has never had any allure for me regarding this wristwatch. I just like it because it's a classic 1960s chronograph design. 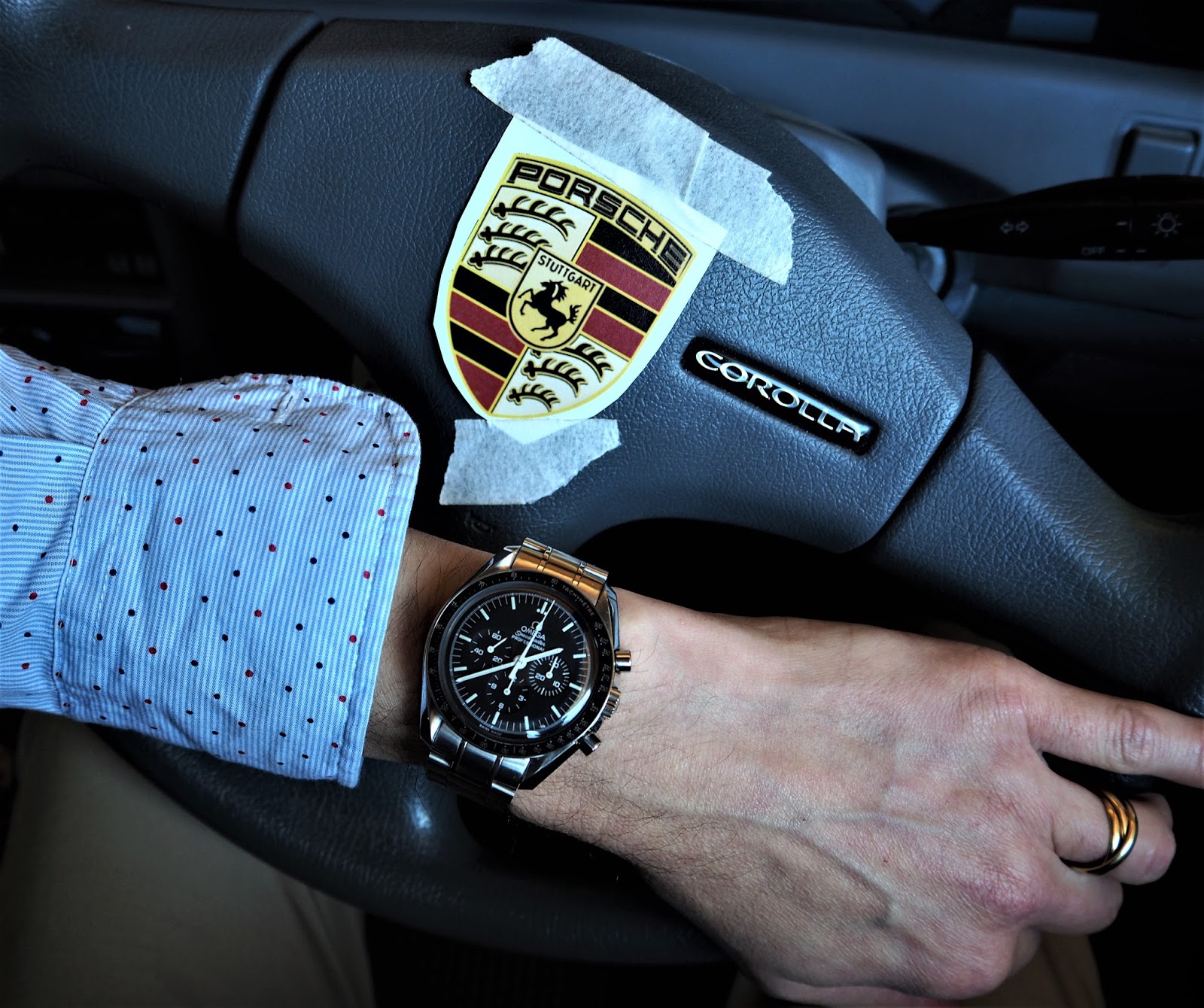 I've periodically switched it over to a leather strap, but it always seems to wind up back on its bracelet. Sure, it's a hand-wound watch, the glass is hesalite and not as tough as sapphire crystal, there's no date on it, and the water-resistance wouldn't be enough to wear it while swimming (in my opinion), but there's so much else that just absolutely perfect about this watch.
In fact, all of the above-mentioned perceived short-comings are what make this watch truly special. 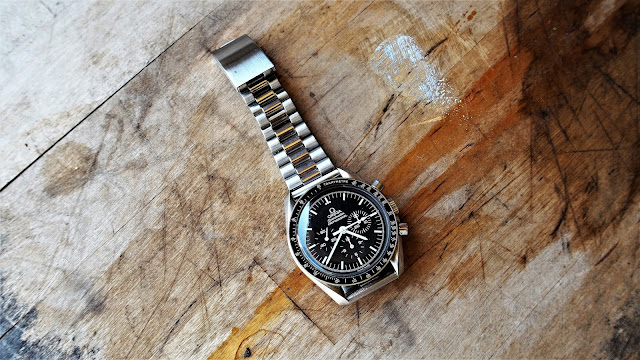 I'm wearing this one now as I write this. Whenever I put this watch on after not having worn it for some time, it always feels like I'm putting it on for the first time. 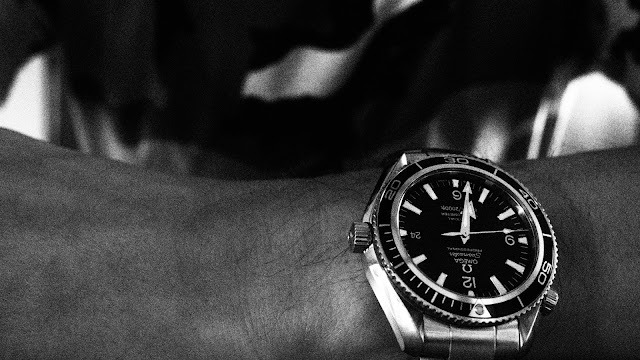 It was worn throughout nine weeks of the year. If anything, I don't think I wore it enough! It's the go-anywhere/do-anything watch, even though I still tend to treat it carefully enough.
I've had it ten years and I daresay it would probably be due for servicing. If I could bear to be without it for a couple of months.

The one watch that is conspicuously missing is the Rolex Submariner 5513. I finally got around to getting it serviced in November, so it kind'a arrived too late in the year to make the list.
Well, there's always 2018. 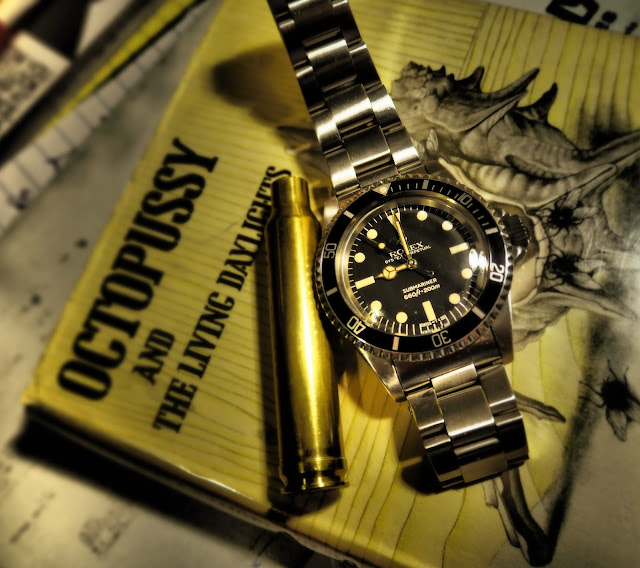 The bulk of my other watches all averaged about four weeks of wear throughout last year. I didn't switch up my watches as much as I used to.
Which is a good thing, because it helps me to decide if there are any pieces that I could sell and not miss. At the moment, there are one or two for sure. I'll have to spend a little more time thinking about it, to see if I can move a couple of others without worrying too much.
I've been in a if-it's-not-being-used,-get-rid-of-it state of mind for a few months. I have a few items that haven't seen the light of day for some time. And if that's the case, I probably wouldn't miss them if they were gone.
Which is good.

Now all I have to do is figure out where to begin.

Thanks for reading!
Posted by teeritz at 02:28