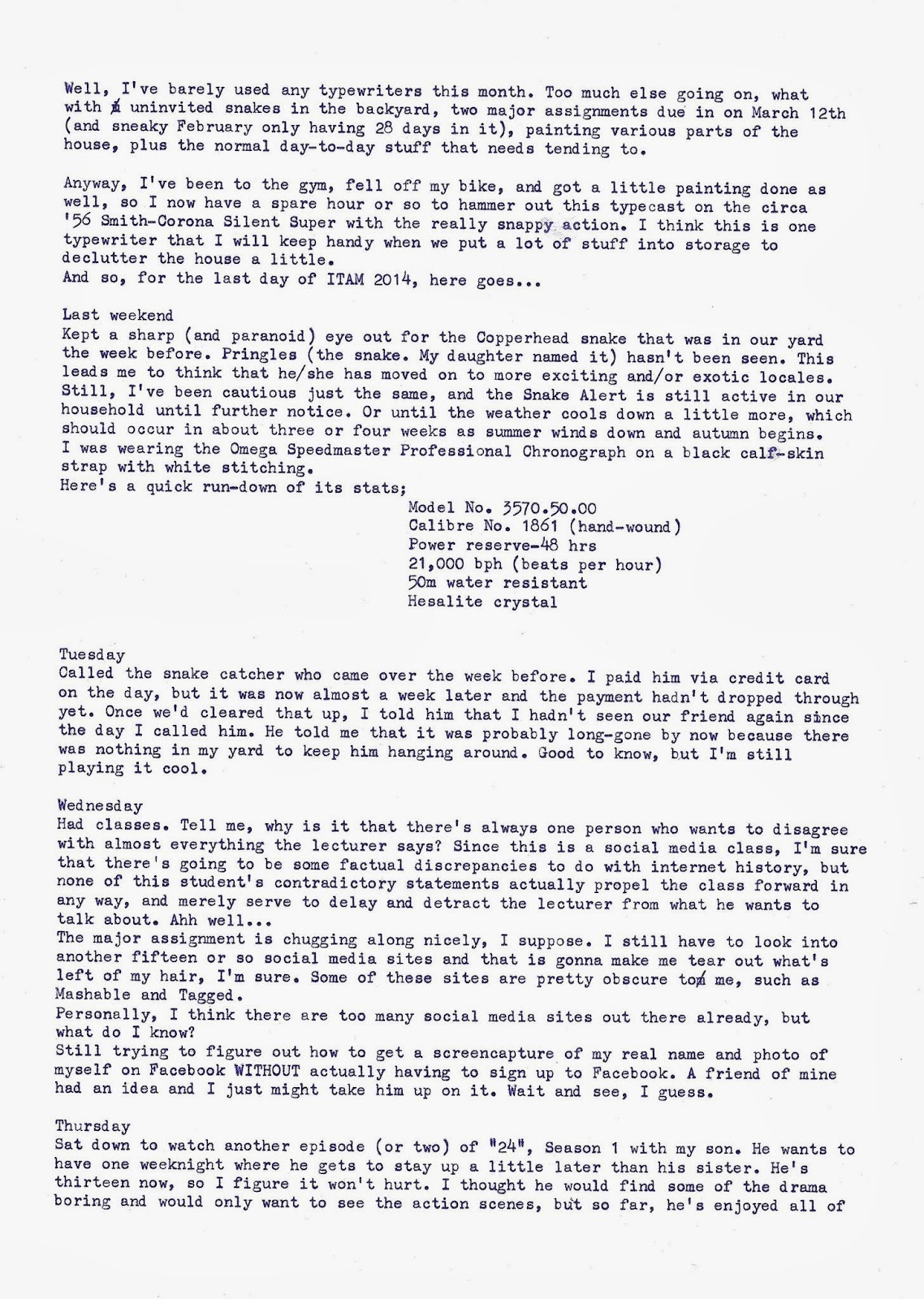 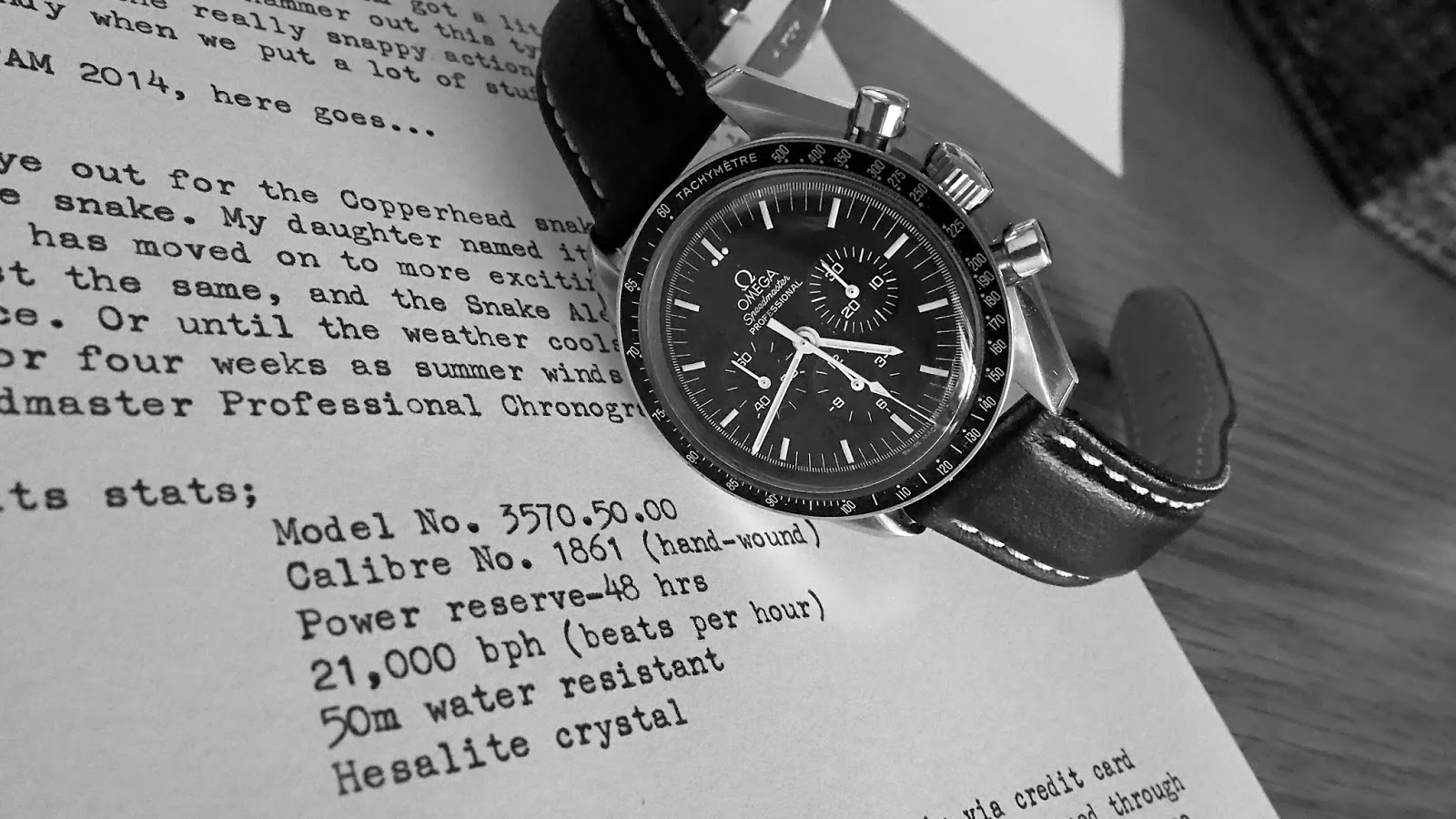 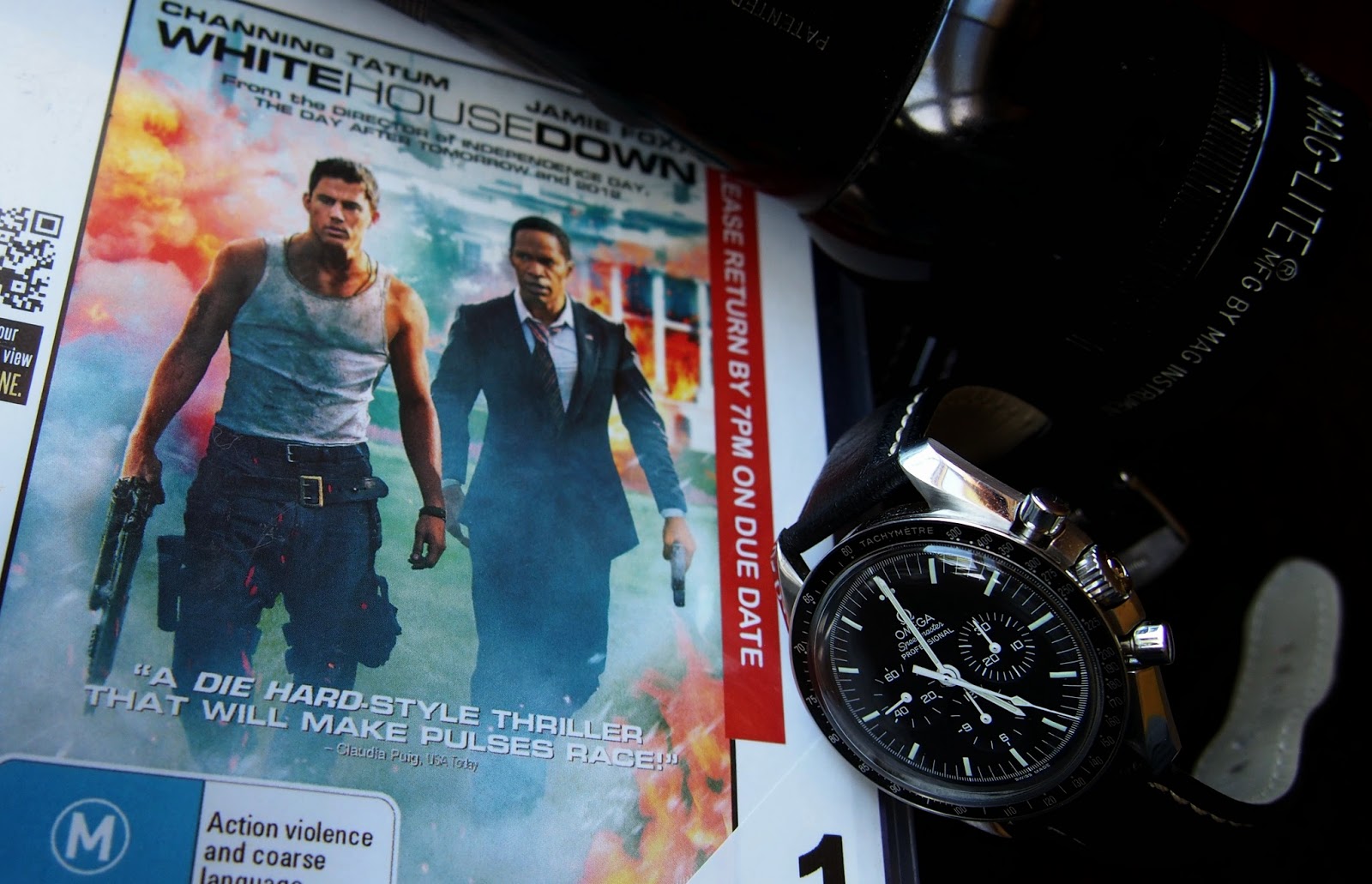 Sure, it was a little Die Hardy in places, but I much preferred it to the similarly themed "Olympus Has Fallen", which was released at around the same time. This happens every now and then where two films with similar stories are produced at the same time. Remember "Volcano" and "Dante's Peak" back in '97? Yeah, not many people do, either.

I had a meeting to go to on Monday afternoon. A Lamy Logo ballpoint pen, a Field Notes notebook (in my back pocket, hence the curve) and the Omega Speedmaster. I was all set.

Wednesday felt like a really long day, for some reason. A pony of Dewar's Scotch (blended) almost took the edge off. 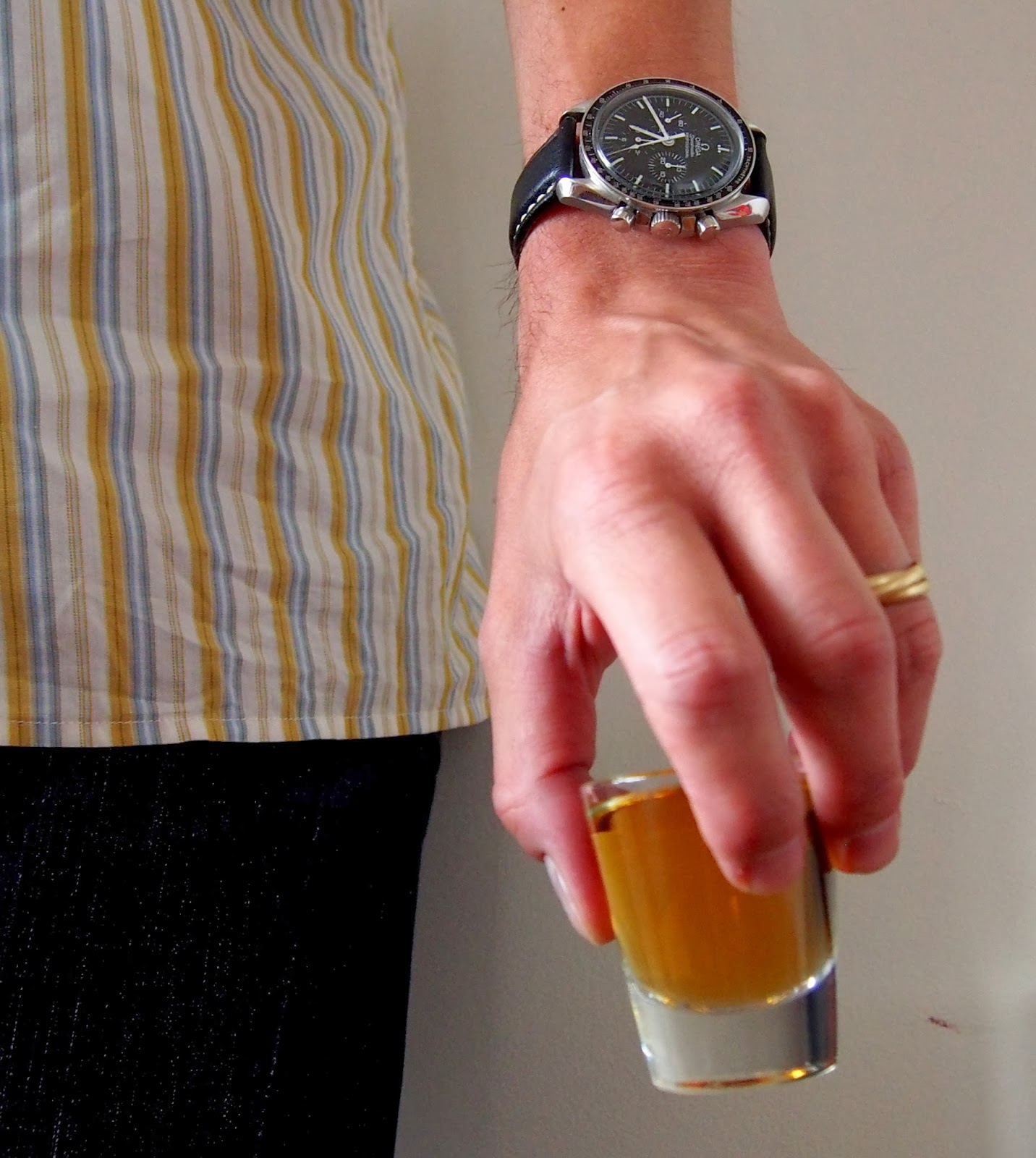 Today was a busy day. Wore the Speedy to the gym, but switched over to the modded Seiko 7002 when I painted. Did about an hour or so.  I've been keeping track of how much spam comments I've been getting lately. Since February 3rd, I've clocked up 757 spams! Definitely an increase. I wonder if it has anything to do with unwittingly signing up to Google+ about a month ago? 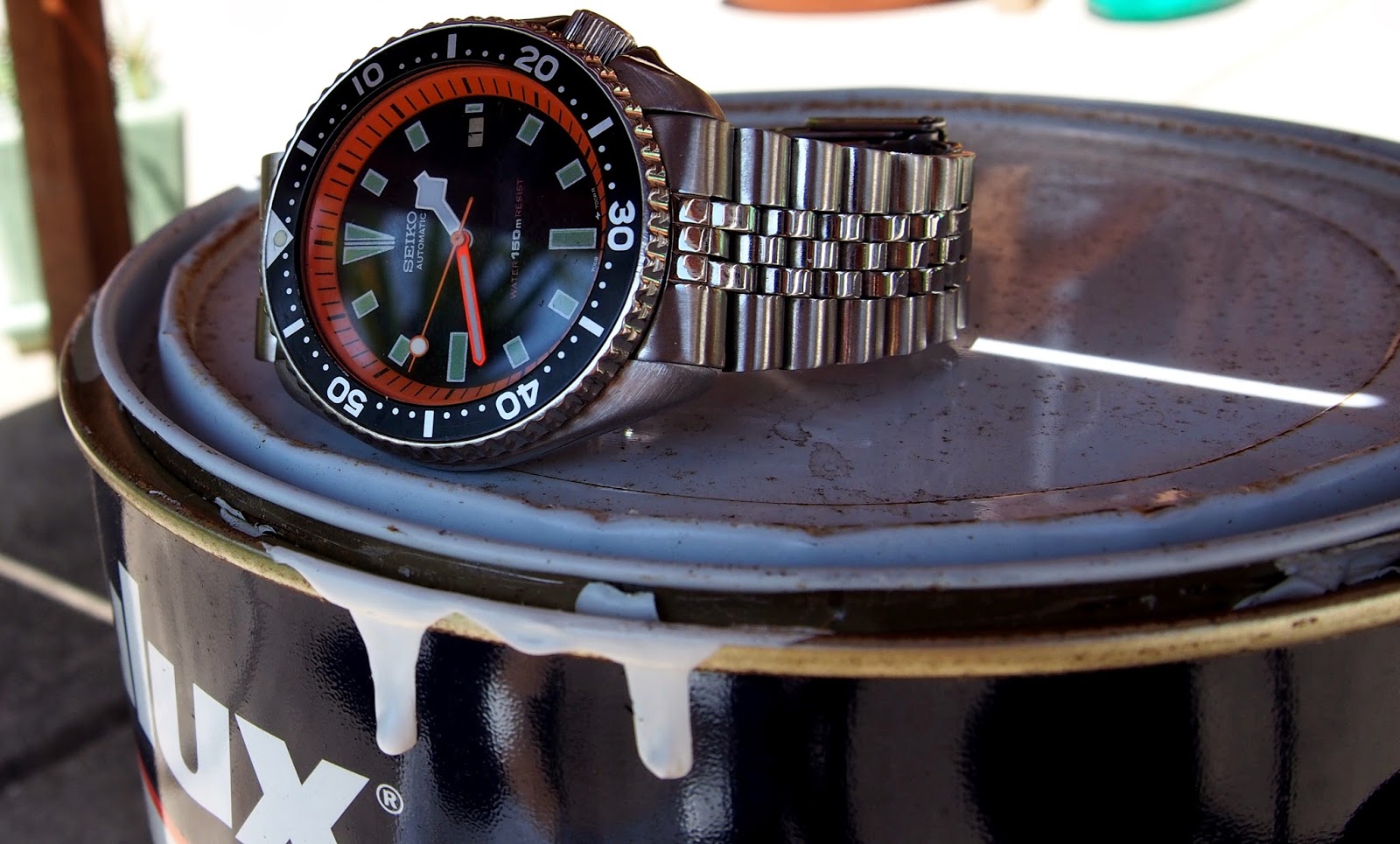 Didn't know which of these two watches to wear this afternoon.

So I wore them both! H. Norman Schwarzkopf-style.

I hope those of you who type had a great ITAM. Thanks for reading and have a great weekend, all!
Posted by teeritz at 03:43